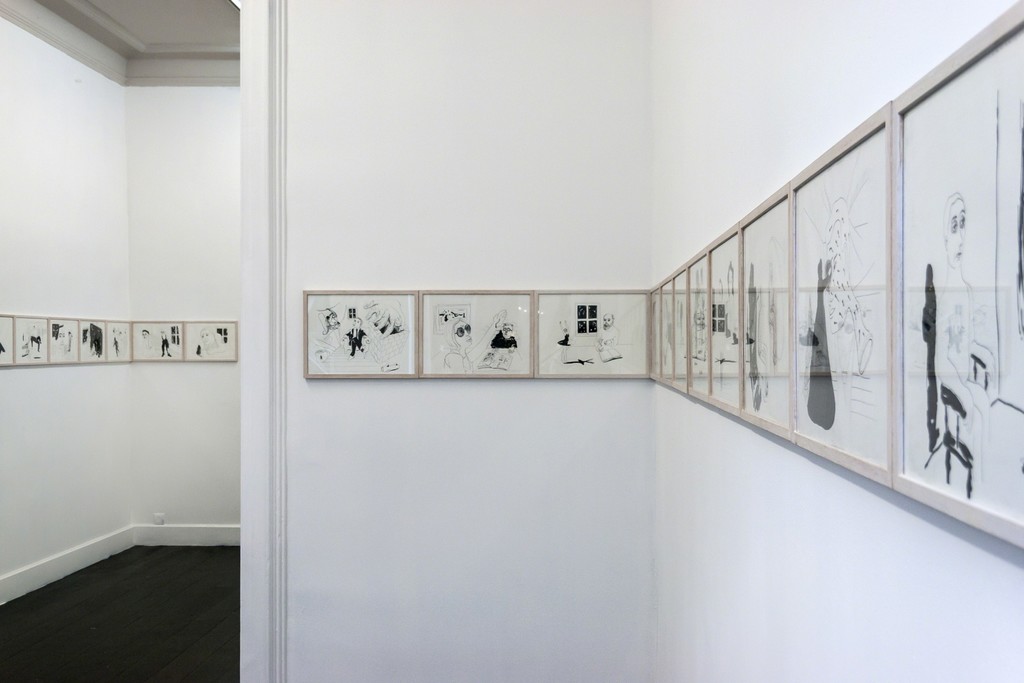 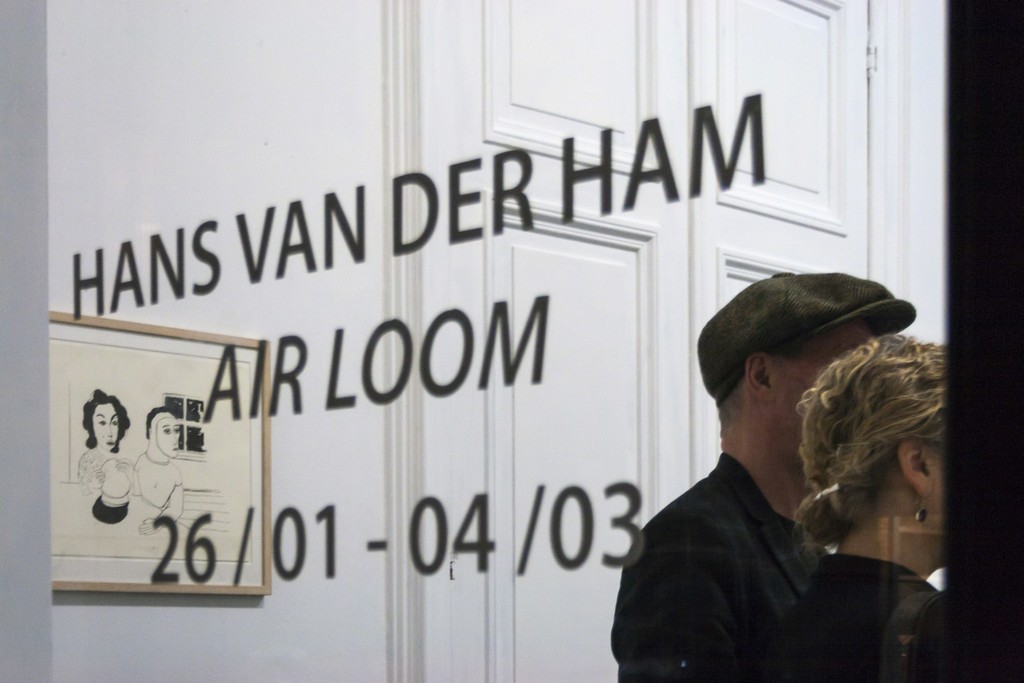 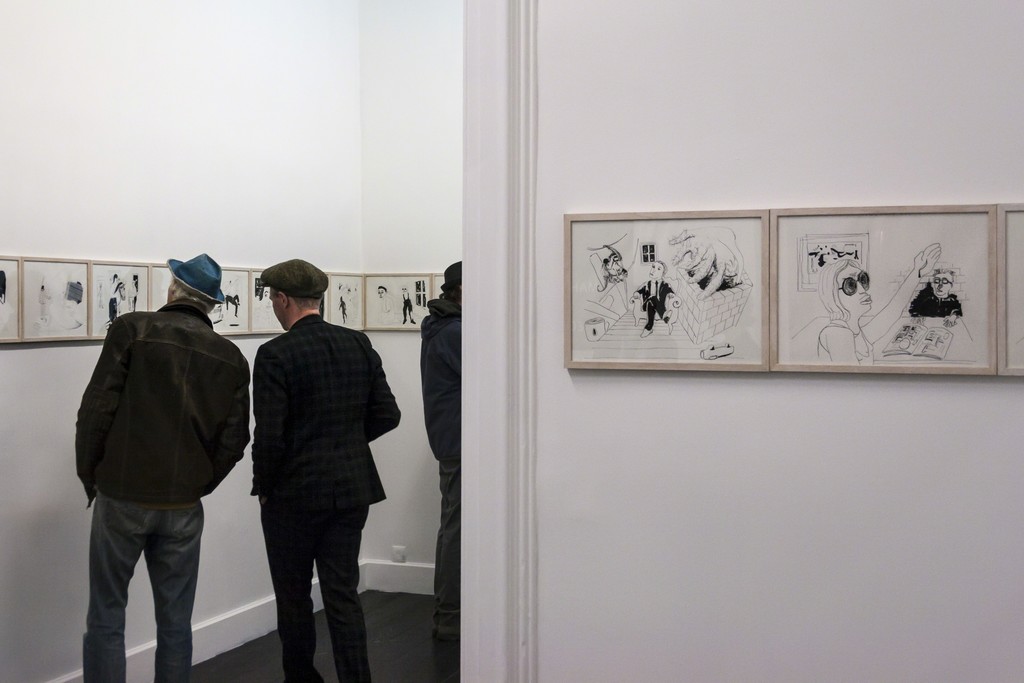 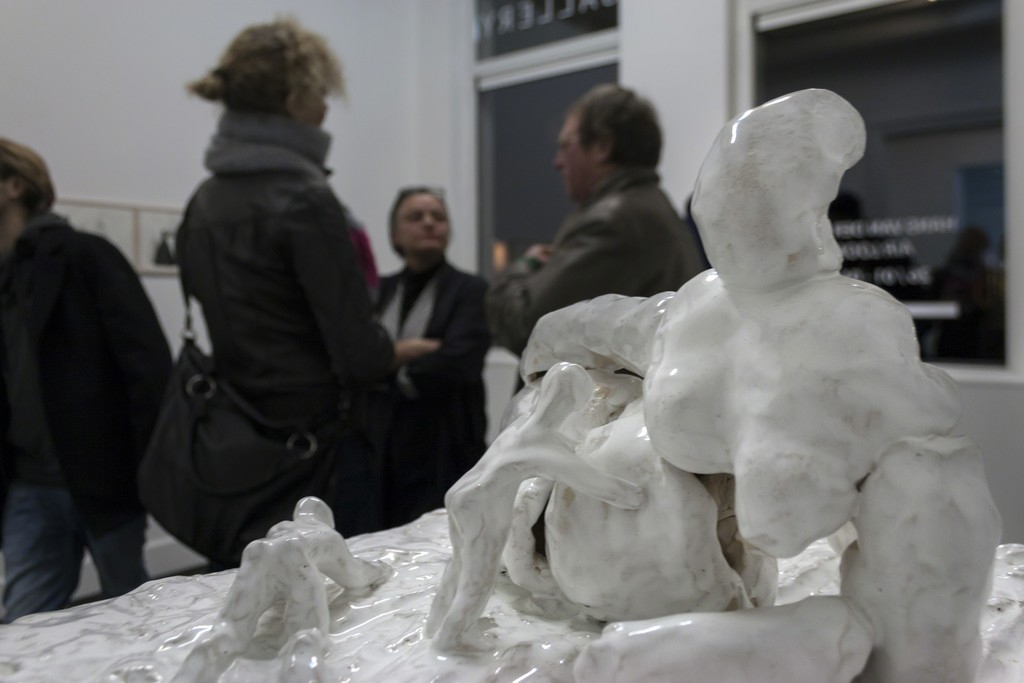 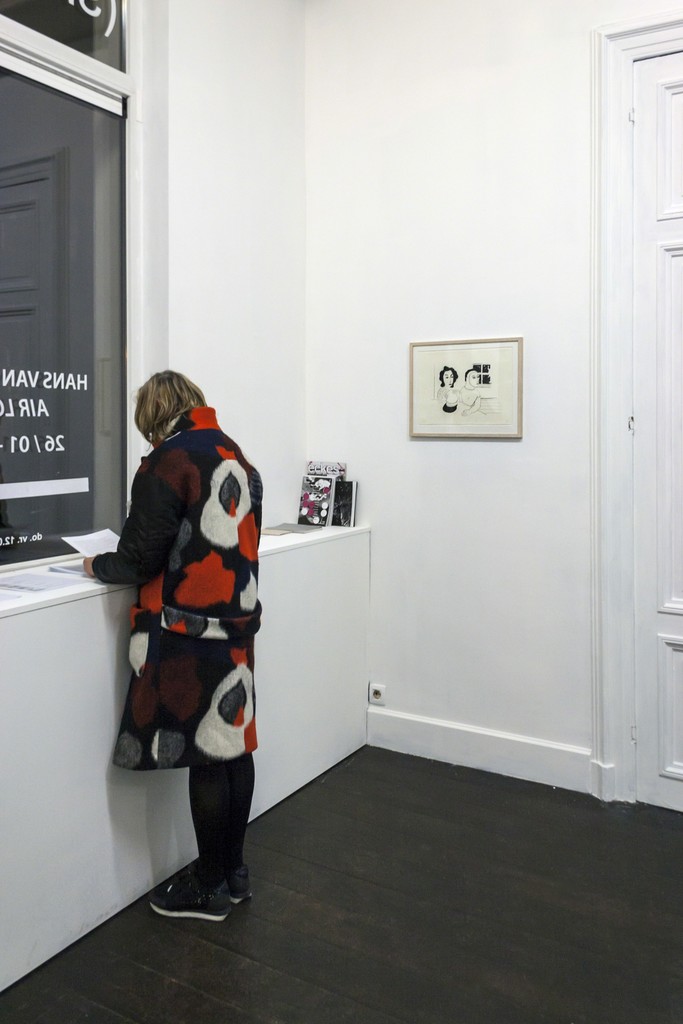 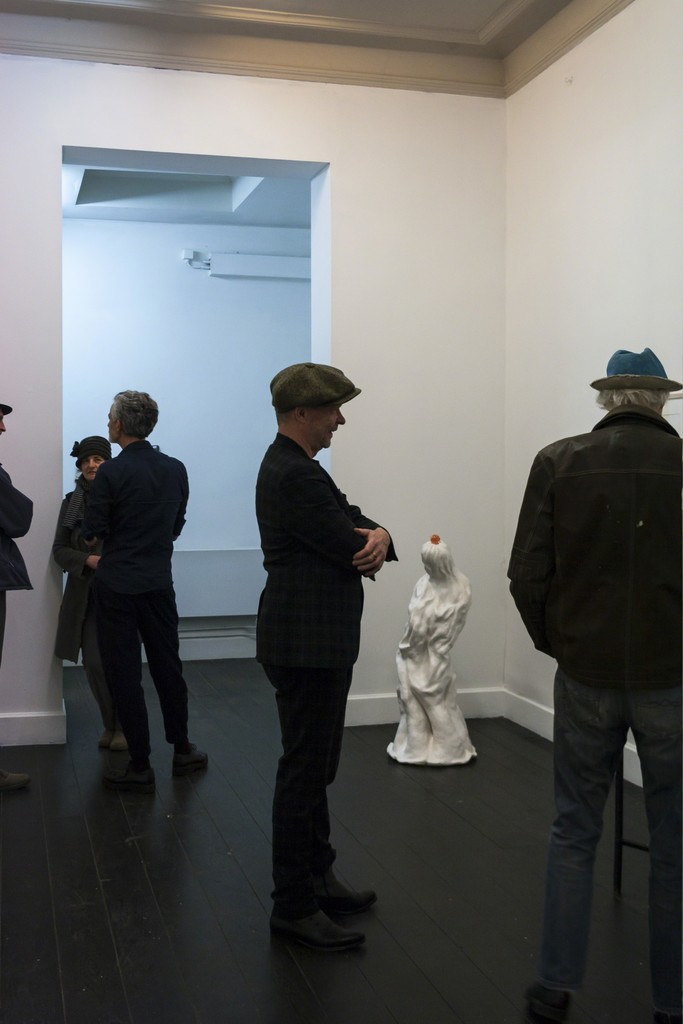 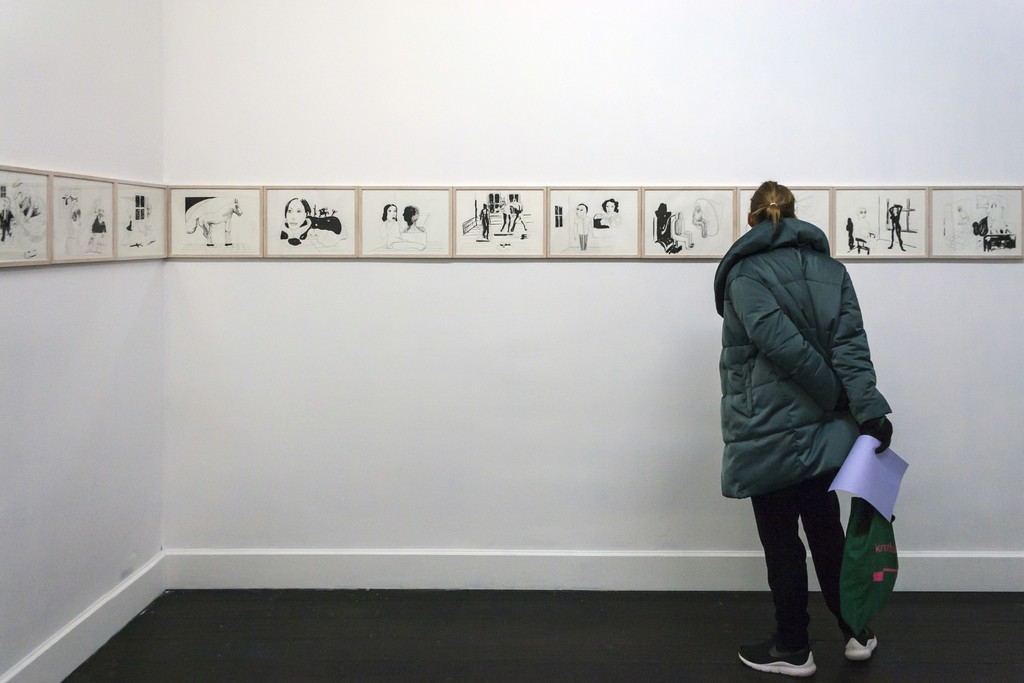 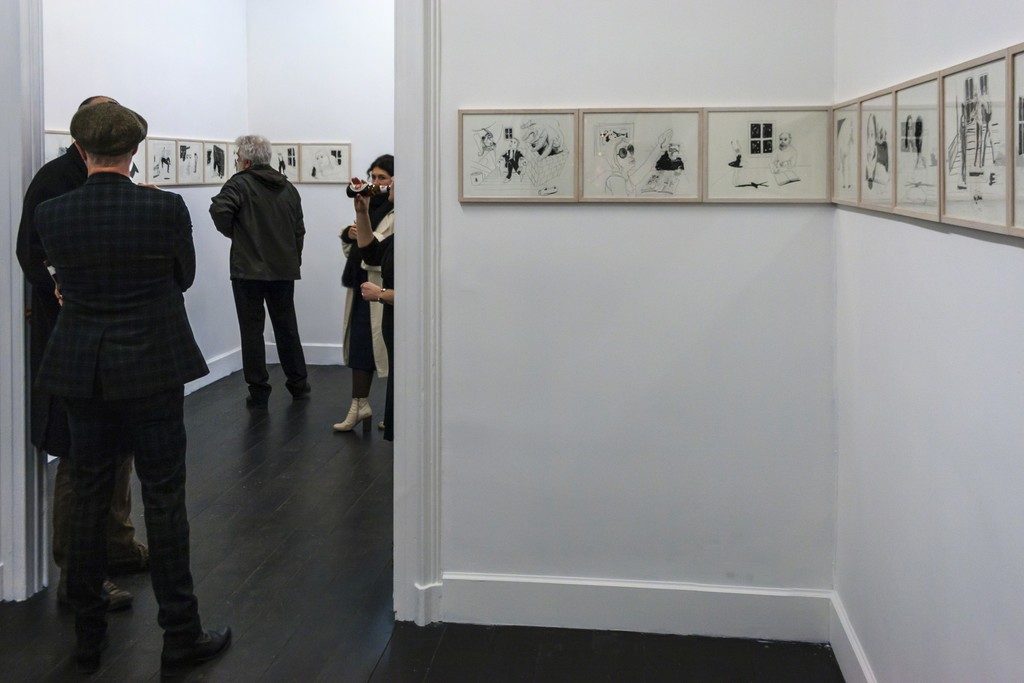 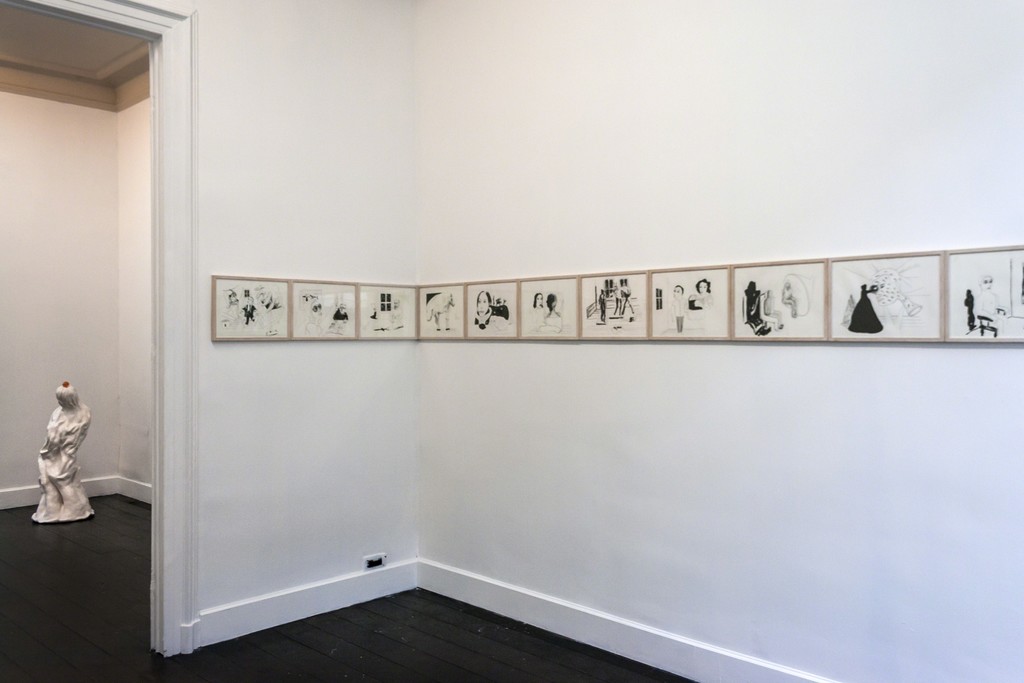 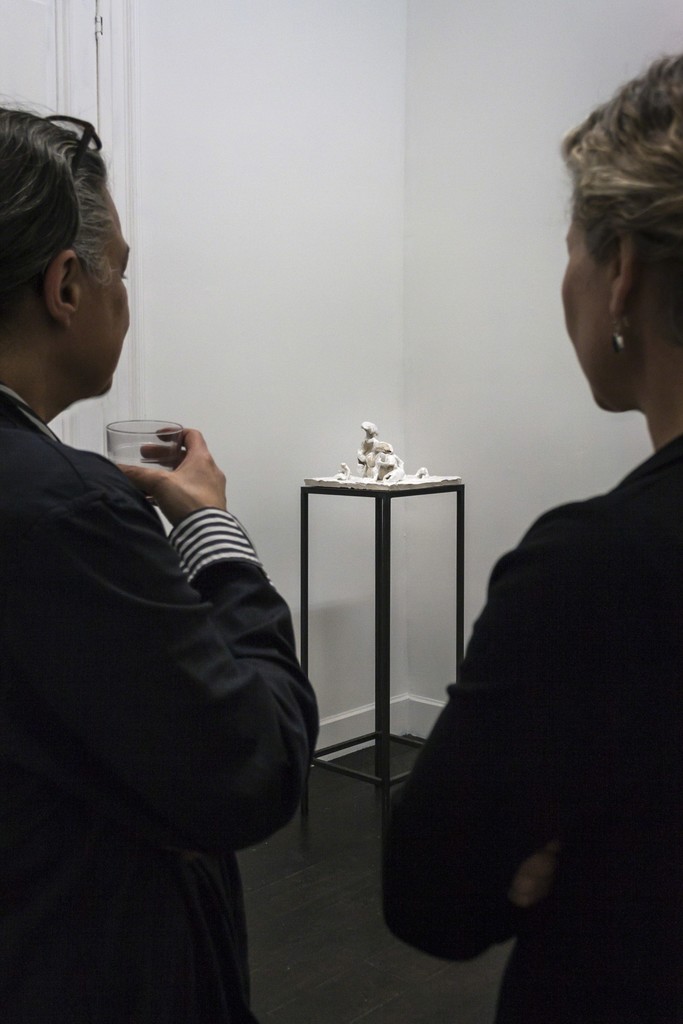 Hans van der Ham (°1960 Eindhoven)
Van der Ham studied classical piano at the conservatory before he started classes at the art academy in Rotterdam. He creates drawings, paintings and sculptures.
He also enjoys fame as an exhibition maker and was co-founder of Garage Rotterdam.
Hans Van Der Ham is guest curator for Museum Bojjmans van Beuningen in Rotterdam for the exhibition ANIMA MUNDI that will take place from June 9 to September 23, 2018
His work has been shown both at home and abroad and is represented in the Netherlands by gallery Nouvelles Images in The Hague.
Hans van der Ham lives in The Hague and works in Rotterdam.

His solo exhibition at (sho͞o′bĭl′) Gallery introduces a new, unseen series of drawings titled ‘ AIR LOOM’ and will be on view through Februari until March 4, 2018

AIR LOOM is an imaginary machine from the eighteenth century, perceived by a psychiatric patient in London who suffered from paranoid schizophrenia.
The patient believed that the imaginary machine was a 'mind control device' located in a hidden basement close to his house. A delusion of someone believing to be under command of a machine by means of magnetism. Likewise he was assured that the machine controlled the British government and influenced political decisions at that time.
Hans van der Ham often feels to be connected to such a machine.
At the moments when ratio threatens to control his work and no escape route seems to consist of one's own head. When Apollo does not want to abandon the situation and dictates the artist forcefully from a previously conceived concept.
When forms are created from the drawing pen that could easily contain a literary equivalent. A logical story that could have been captured in thoughtful words.
Then there is the need to get connected to an intuitive source.
An ‘air loom’ perhaps, one that consists of pure poetry without literal meaning. A Dionysian feast of the muses.
An air loom which Apollo, taken by surprise, cannot unlock. Only glance at it. A dream of freedom on the edge of insanity.
It’s when Van der Ham’s desired aim to succeed in this process an artwork is accomplished and has the right reason to exist free from outside control or influence.
© Monique Tolk