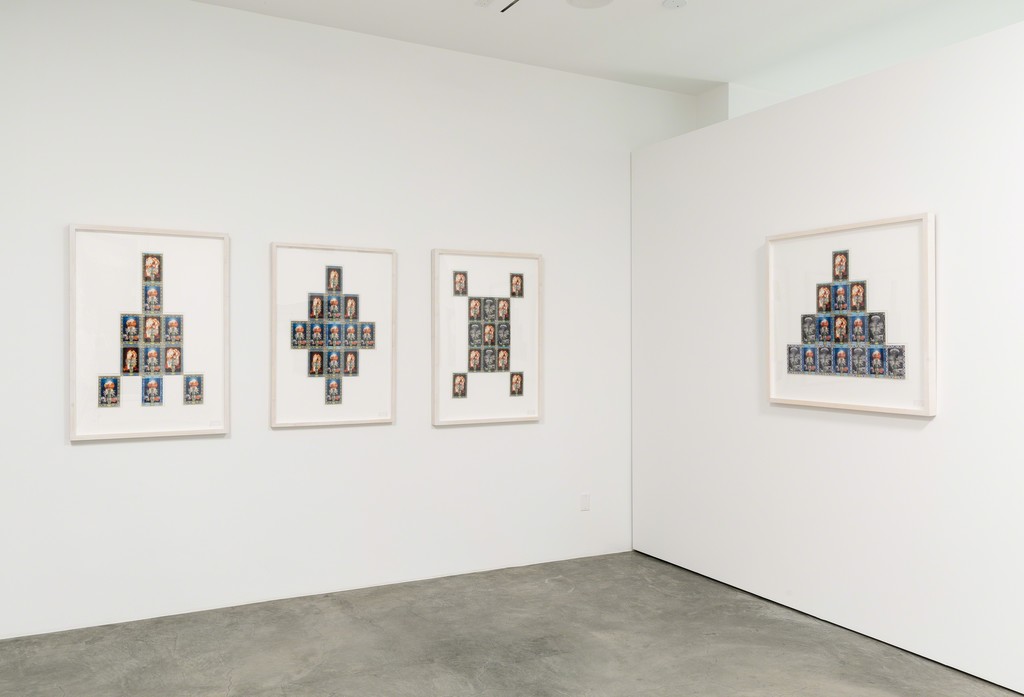 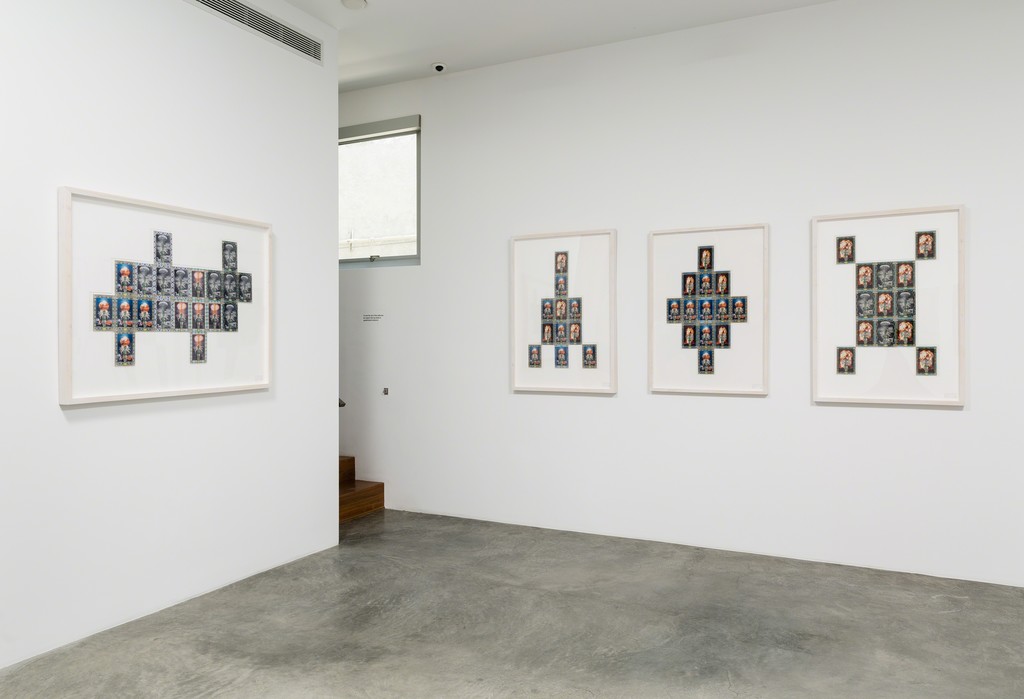 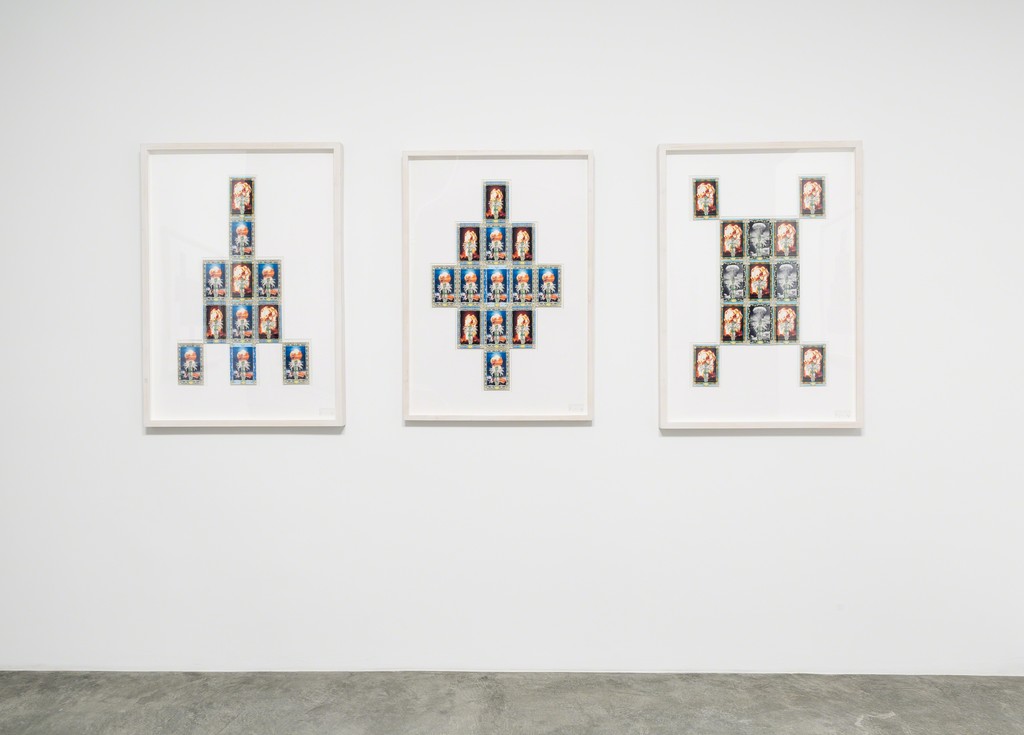 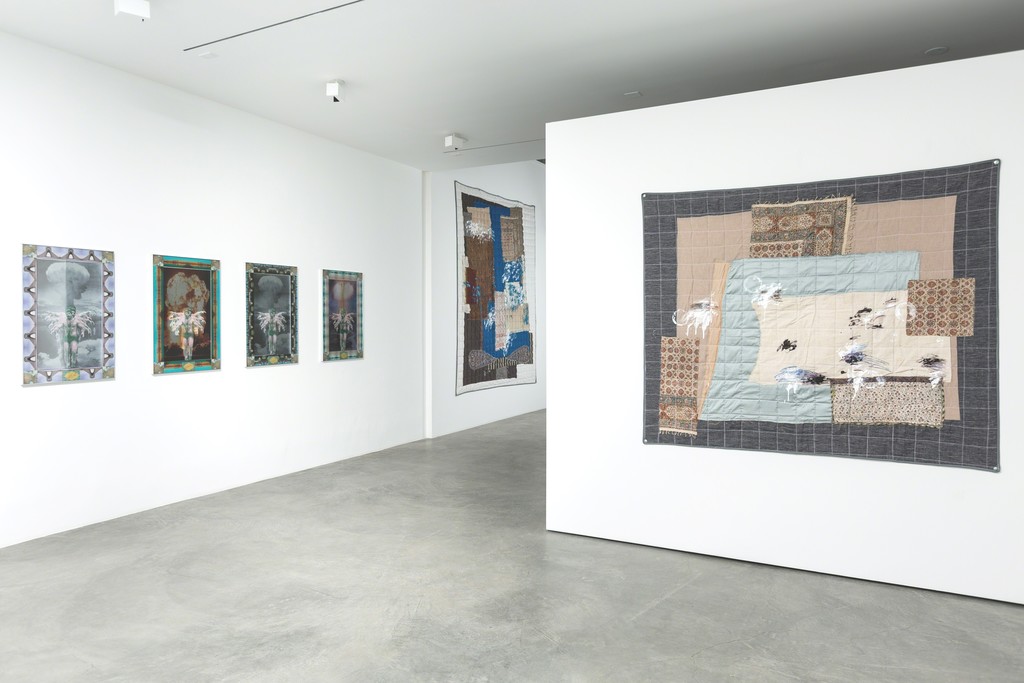 Ave, one of the most important figures to emerge from the first generation of contemporary Iranian artists in the 1970s, continues to develop his longstanding mixed-media collage “Rostam” series, in which the artist uses a found magazine clipping of a wrestler from a sports magazine to represent the epic mythological Iranian hero in an attempt to locate and balance the opposing concepts of male chivalry and chauvinism. In this new work, Rostam is given a distinct dynamism as the figure is repeated and overlaid, as if to animate and add dimension to
his flattened image. Rostam’s arms, the source of his brawn and the tools of his strength, radiate around him like butterfly’s wings. A mushroom cloud, the contentious symbol of the atomic bomb and the visual marker of its very real devastation, propels Rostam forward. Ave’s acute pairing of images creates a profound visual puzzle, decipherable through the deep reckoning of associations and histories.

Complicated conceptions of Iranian masculinity are further explored in Shah-Abbas and His Page Boy (2015). For this series, Ave daubs hand-sewn patchwork fabrics with paint and other materials in gestures that recall the expressionism of Cy Twombly as well as the evocative ready-mades of Robert Rauschenberg. Ruler of Iran from 1587 to 1629, Shah Abbas ushered in the country’s Golden Age and portrayals of the enlightened but flawed ruler in literature and art often depict his promiscuity—in particular, his brimming harem and proclivity toward young boys—as an illustration of his contradictory lifestyle and values. Ave’s abstractions add a new dimension to that history of representation, as his works are imbued with a surprising intimacy and vulnerability.