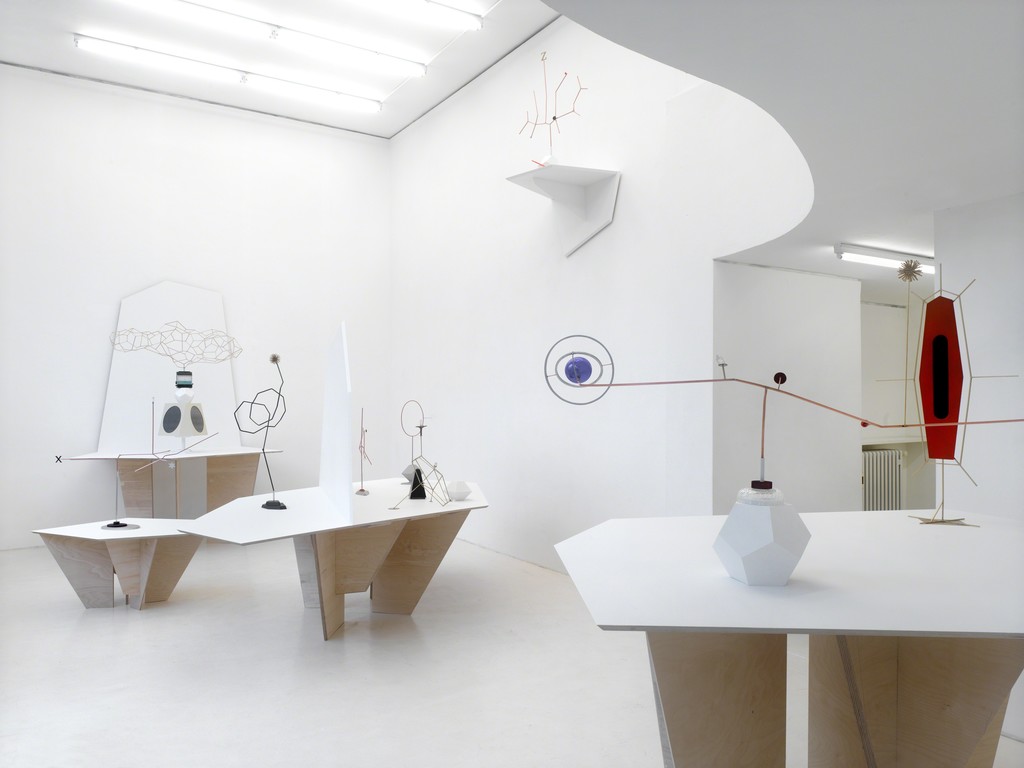 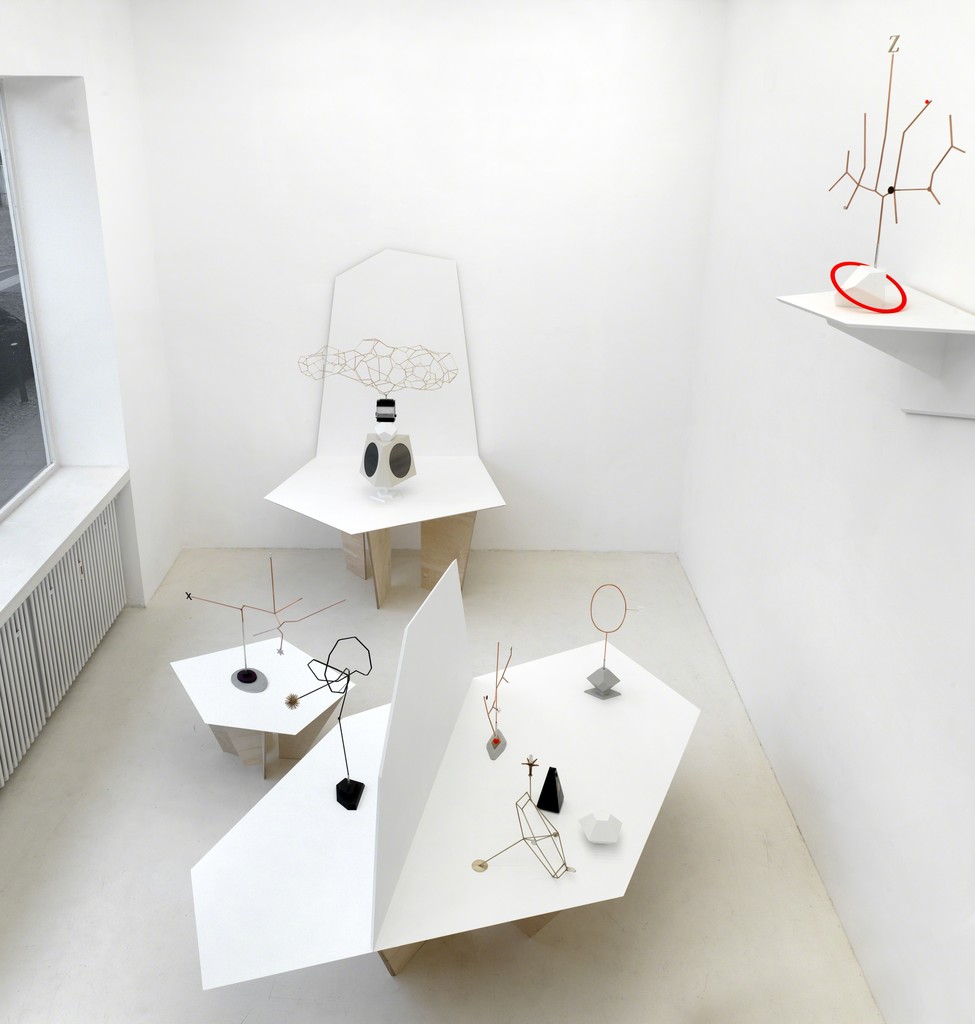 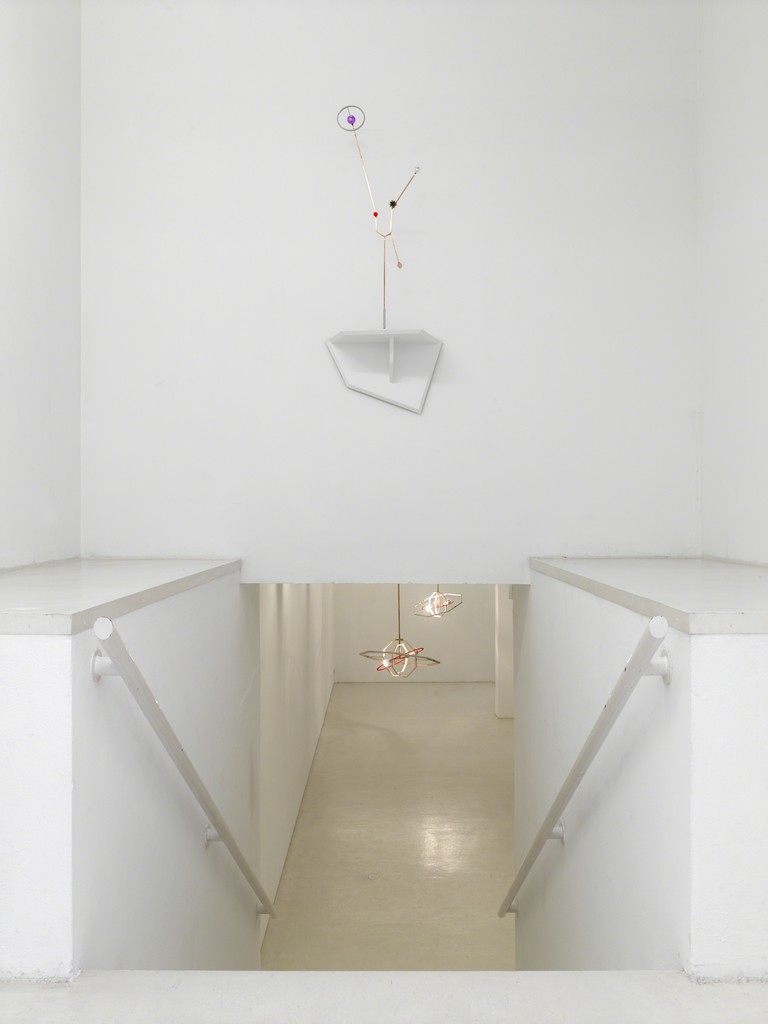 For his second solo exhibition at the gallery, Sies + Höke is pleased to present new work by Björn Dahlem (*1974).

Weightless and fragile-looking, Dahlem’s installations and sculptures refer to scientific phenomena that push the limit of our imagination. Poetically, the artist traces the phenomena and mysteries of cosmology, as well as of our human understanding of the world. In doing so, the visualisation of the inexplicable, miraculous and contradictory is at the core of his work.

In this exhibition, Dahlem presents his new sculptures free standing on cubist wooden platforms. More reduced and hermetic in form than his earlier work, Dahlem’s delicate objects are now made of copper and brass rods. Found everyday objects of diverse meanings appear in between: a measuring device, a metronome, branches of wood, rock crystals and Christmas baubles. Together with the different metals an aesthetic arrangement is composed that appears almost spiritistic, concocting physical and mental media, and pointing towards of one of the original forms of contemporary science: alchemy.

The exhbition’s title, “Kosmorama”, is borrowed from 19th century space panoramas, where popular science representations of the universe were shown. The references in Dahlem’s works are varied: Saturn’s rings made of plywood revolve around a bauble planet, a Magellanic Cloud hovers over a temperature gauge, a tree structure topped by a golden “Z” reminds of elementary particles disintegrating. “New Strangeness” is what Dahlem calls the style of these works, with strangeness actually being a term used in particle physics. At the heart of the exhibition, above all, are of scientific findings’ internal contradictions, as well as the questions they raise: on failed utopias, on spirituality, and on human existence as such.