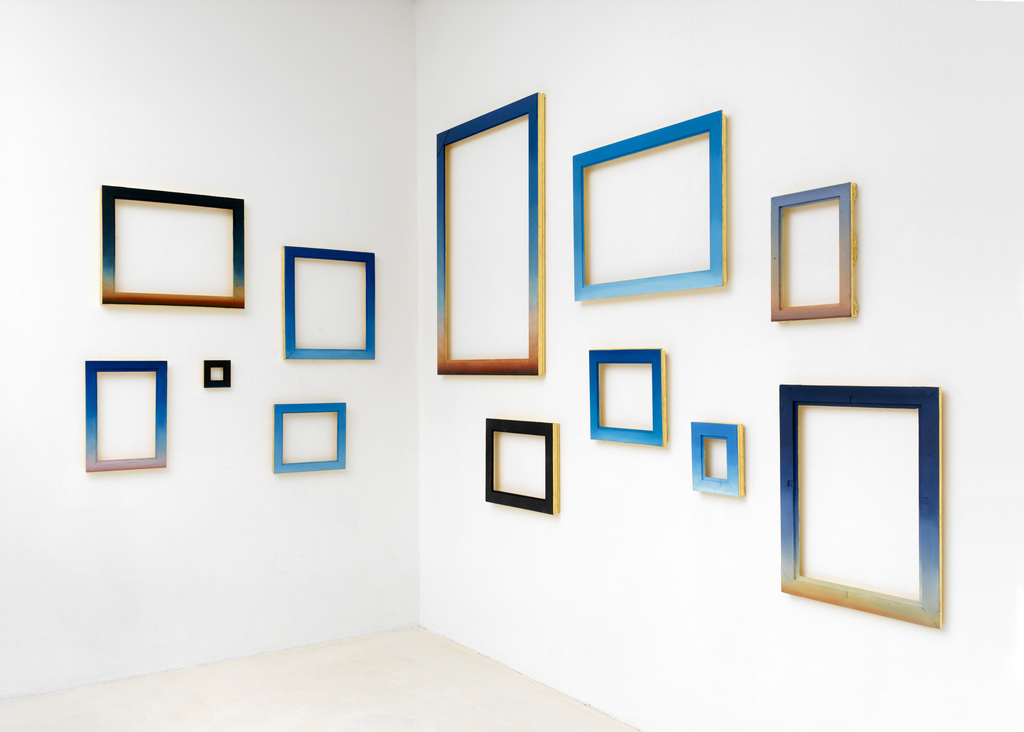 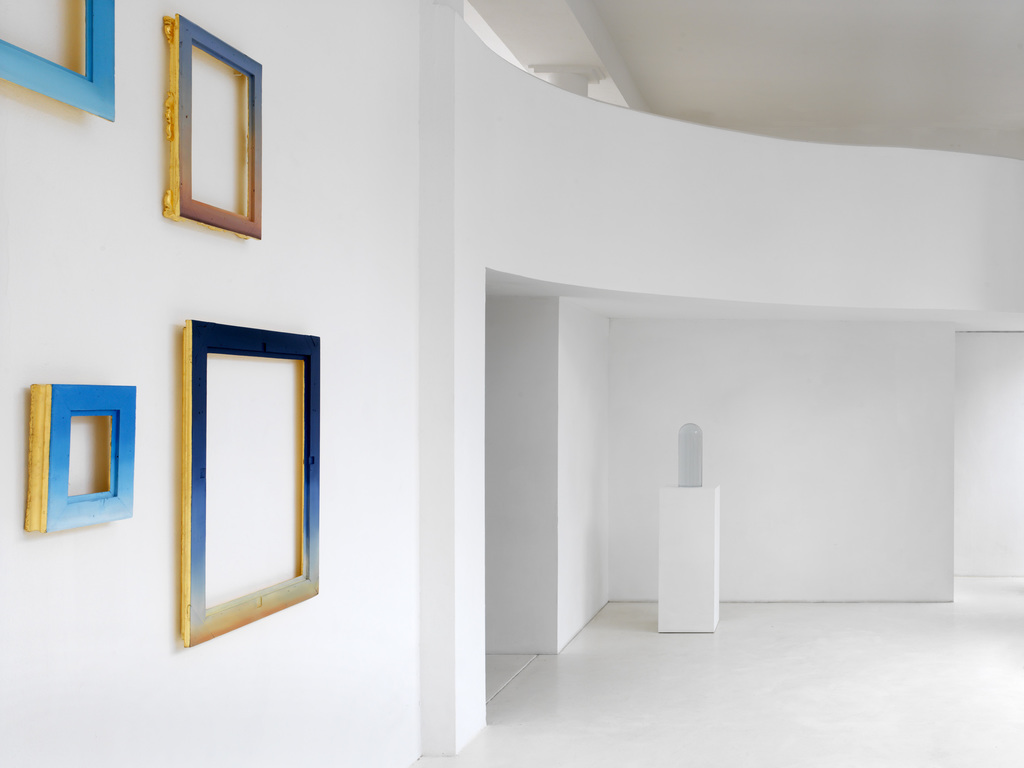 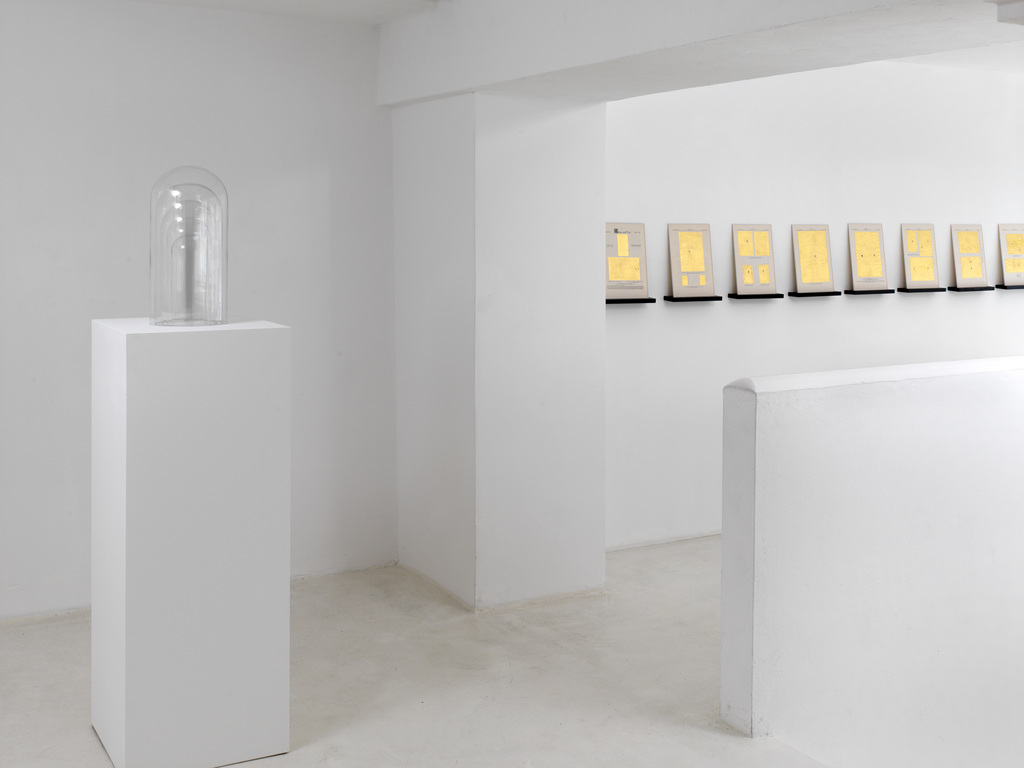 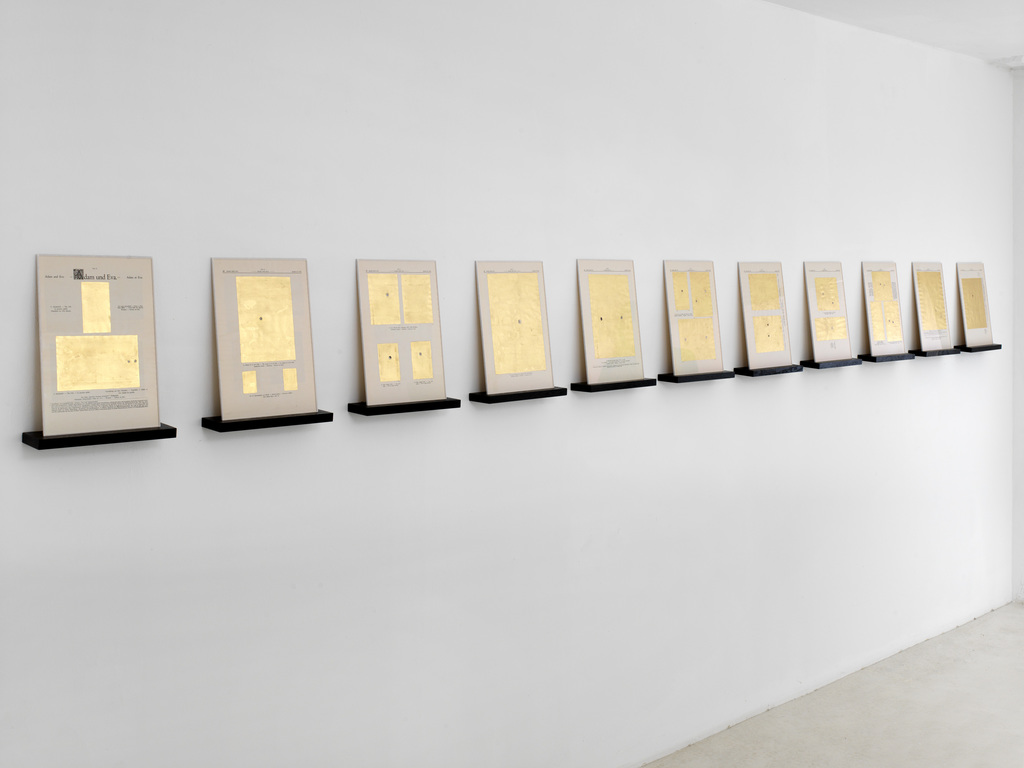 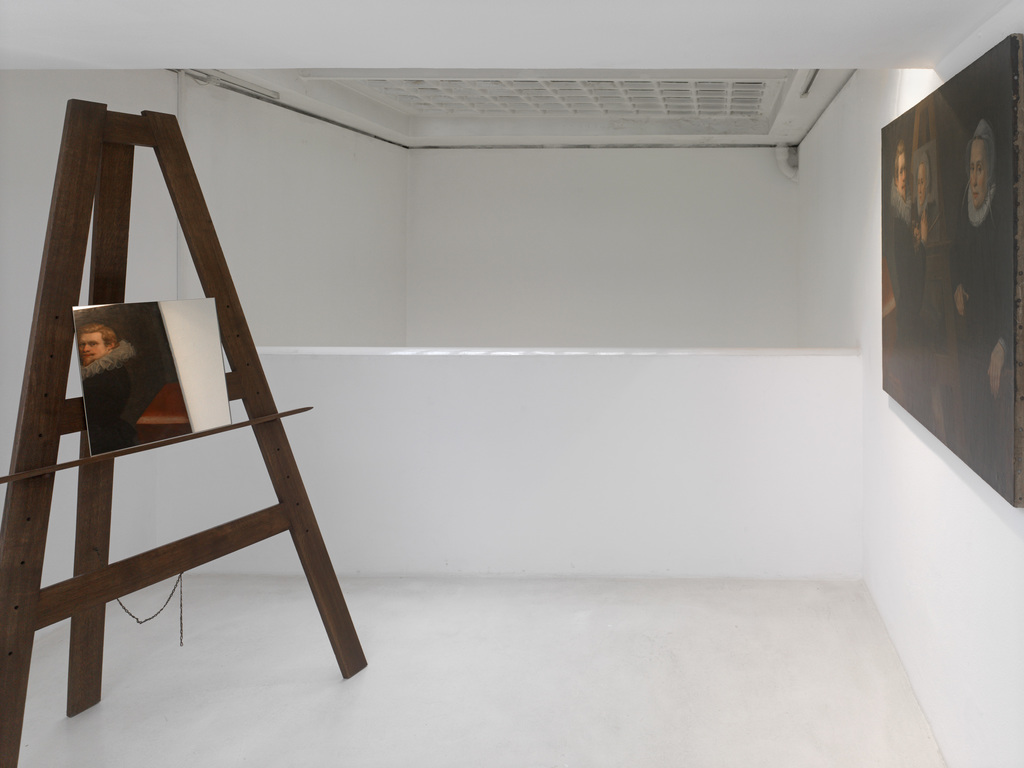 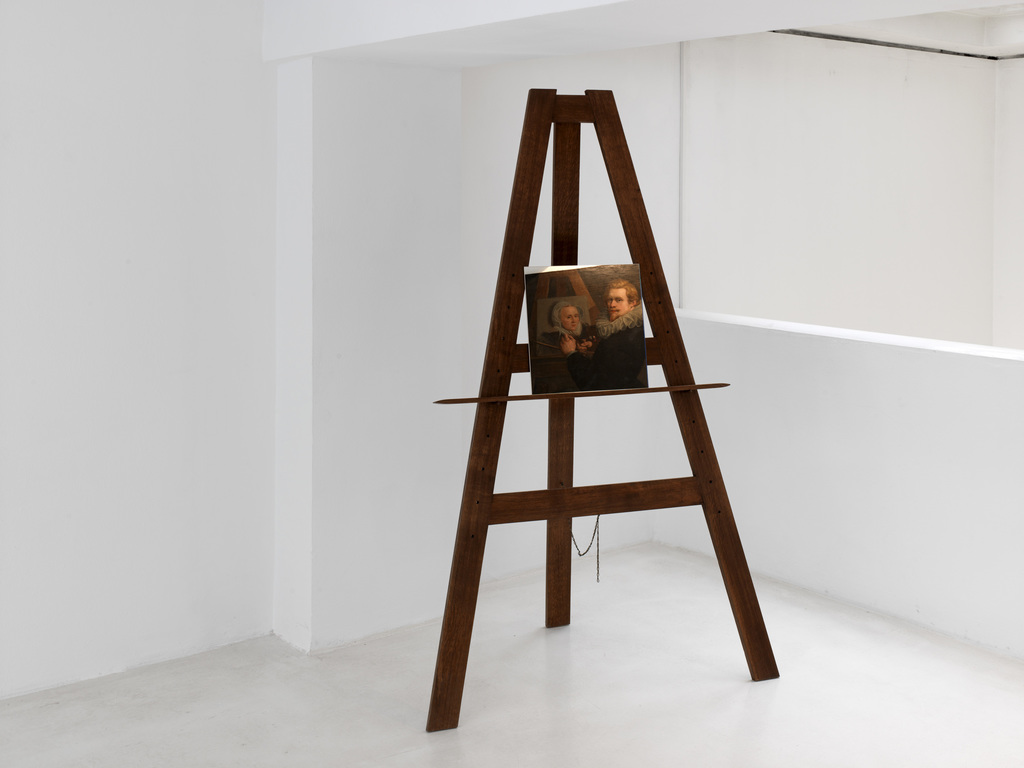 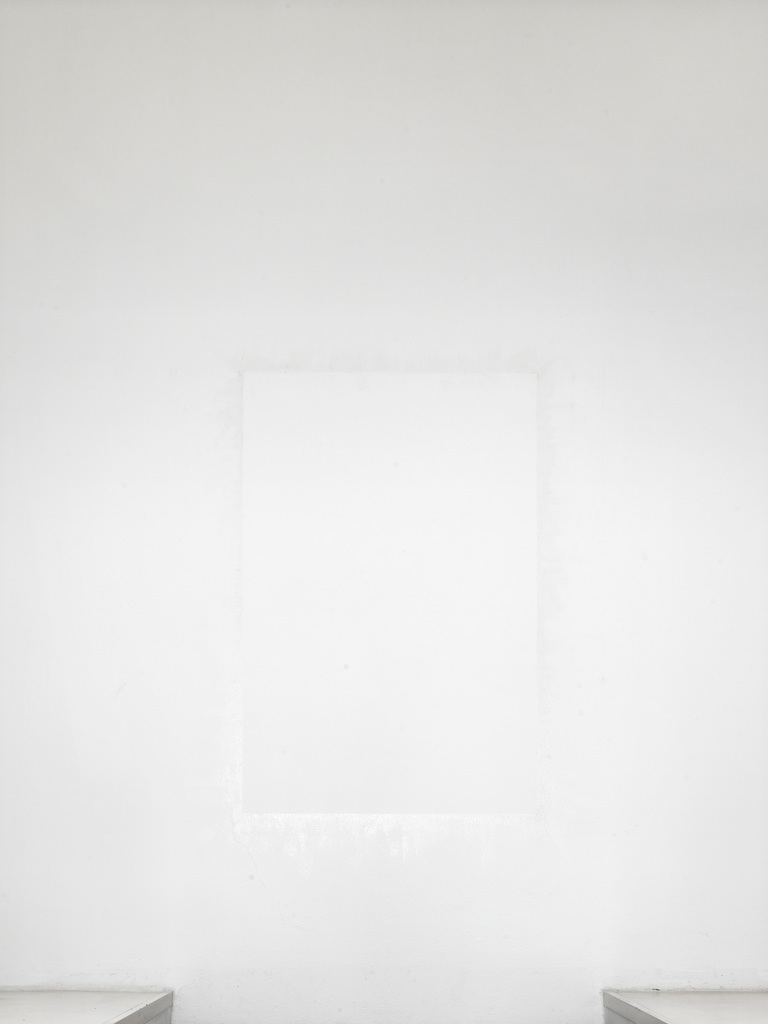 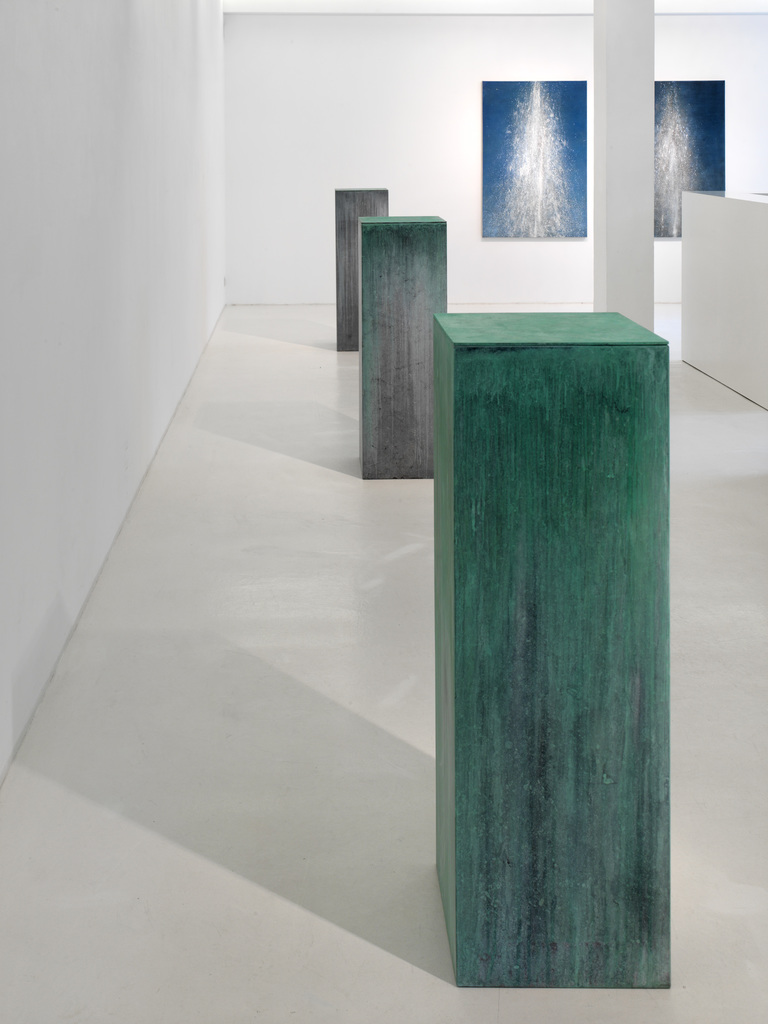 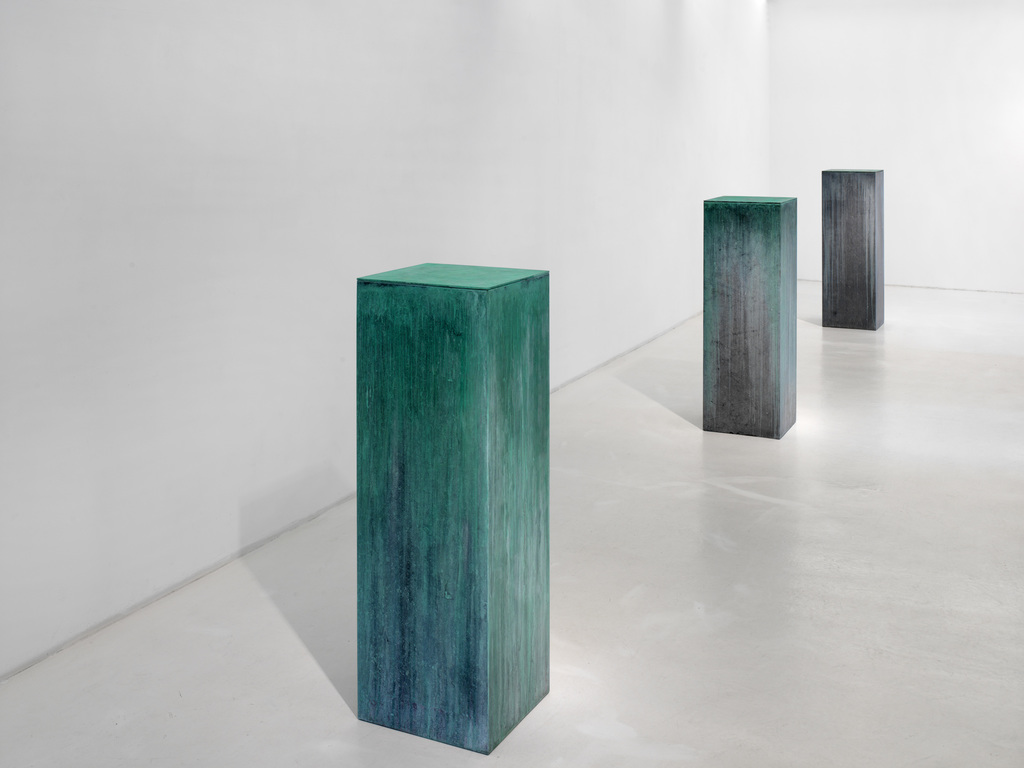 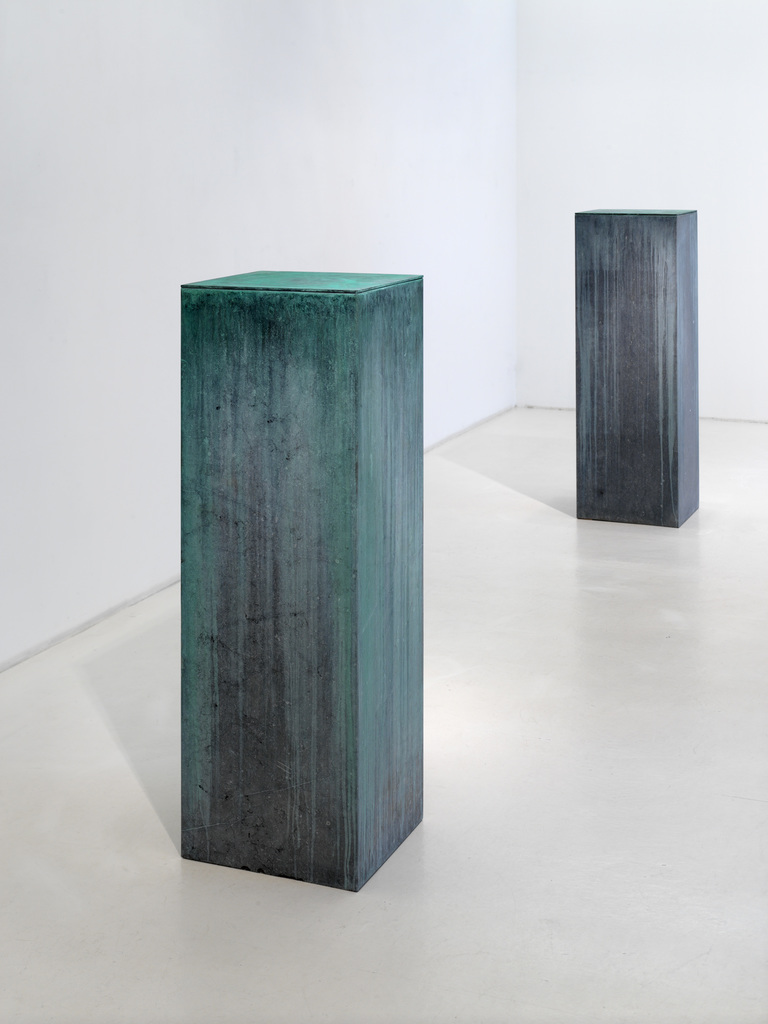 "What breaks when spoken" is the second exhibition of Belgian artist Fabrice Samyn (born1981). In his new work Samyn again poses metaphysical questions to which the answers are sought through his conceptual art. Issues associated with the problem of representation are at the focus of interest to the artist, as much through references to Christian history as to Eastern philosophy.

His works form a visual oxymoron as an attempt to overcome the dualism of the language we use to describe transcendence. Operating with paradoxes leads the artist towards the situation in which, while creating the work, he waives the presence of art in the strict sense. By avoiding a univocal focus on the object itself he summons a kind of s a c r u m.  The act of balancing on the border between the visible and the hidden, between the present and the non-present, between the created and that what remains in the non-being, aims at triggering an inner space of perception which follows an ungraspable dimension of the object. The idea of the impossibility of representation forms the key to understanding the exhibition. The situation of deceptive emptiness created by Samyn affects several aspects of artistic creation: Gesture, real presence of the artwork, and hiding the literalness of symbols.

"In Between, between" consists of 12 empty frames that were painted on their reverses with different colours of the sky. The transition of colours illustrates the timing and the appearance of objects from invisibility, which is made possible by light. To him, the interdependency of light and shadow, for what they come to reveal, is of great interest. It is remarkable that the ornate sides of the frames, which are covered with gold, are turned towards the wall. Unexpectedly, we find ourselves on the other side of d e c o r u m, on the side of the image in its essence. Gold as a symbol of holiness or wealth manifests itself as a delicate reflection on the wall. The reflection of light is as described in Plato's allegory of the cave, because the i d e a belongs to another world, an inner one, on the side of the viewer. On the semiological level, this representation is in a sense a "mise en abyme", as an image that includes itself in itself. The sky here frames the emptiness that surrounds itself with infinity. Emptiness as a concept is essential to Buddhism.

From the series “Upon Time” the three plinths made of stone, without the monuments for which they were created. Only the traces of washed down oxide visible on the stone prove that once there were sculptures on the pedestals. What is actually present on the pedestal is a thin plate of bronze as a minimalistic reappropriation of the connection between sculptures and pedestals. And again there appears the problem of the impossibility of representation, and the question of what a work of art really leaves behind. It turns out that what we see is only completion of time and reminiscence of the once existing monument... In the postcard series "All" the transfer of meaning towards a metaphysical level and the withdrawal of context become especially clear. A particular word is extracted from a sentence, which is part of natural language, and surrounded by gold surface. Like some kind of quotation mark, it lends universal significance to this word. The gold, alluding to medieval symbolism as a sign of eternal light, sacralises the profane “time and space related object” of the postcard.

The dispute between iconoclasts and iconophiles is again the background to the next work by Samyn, "Golden Shadow". It revolves around the issue of representation of the s a c r u m. The three stretchers, burnt and gilded on the inside, resisted destruction, while the light reflection symbolising the s a c r u m falls onto the wall. The representation is possible after all, but not in the literal way. It is a paradox that the resulting effects of the strictly opposing viewpoints should allow to draw this conclusion.   Operating with conflicting terms, and thus crafting a perceptual oxymoron, has found its strongest expression in the sculpture "From the Olive Tree Garden". The gold-plated traces of worms (called Typographers) turn into the stigmata of an olive tree, enclosing the beauty of mortality and eternity at the same time. The worms’ peculiar traces are reminiscent of a kind of alphabet. This leads towards the realisation of the fact that neither literalness nor distinctness can provide answers, and that any representation of the absolute is impossible. Just as in the painting "Blind spot", the aim is not a representation of a specific character, but more an ungraspable presence. As in other portraits, space and time are indefinable. There is no necessity to name them. On a marble slab there is the engraved inscription "Please respect what breaks when spoken". What is alluded to is silence. But silence was not explicitly mentioned, and not directly demanded, because false immediacy often veils the universal essence of things.