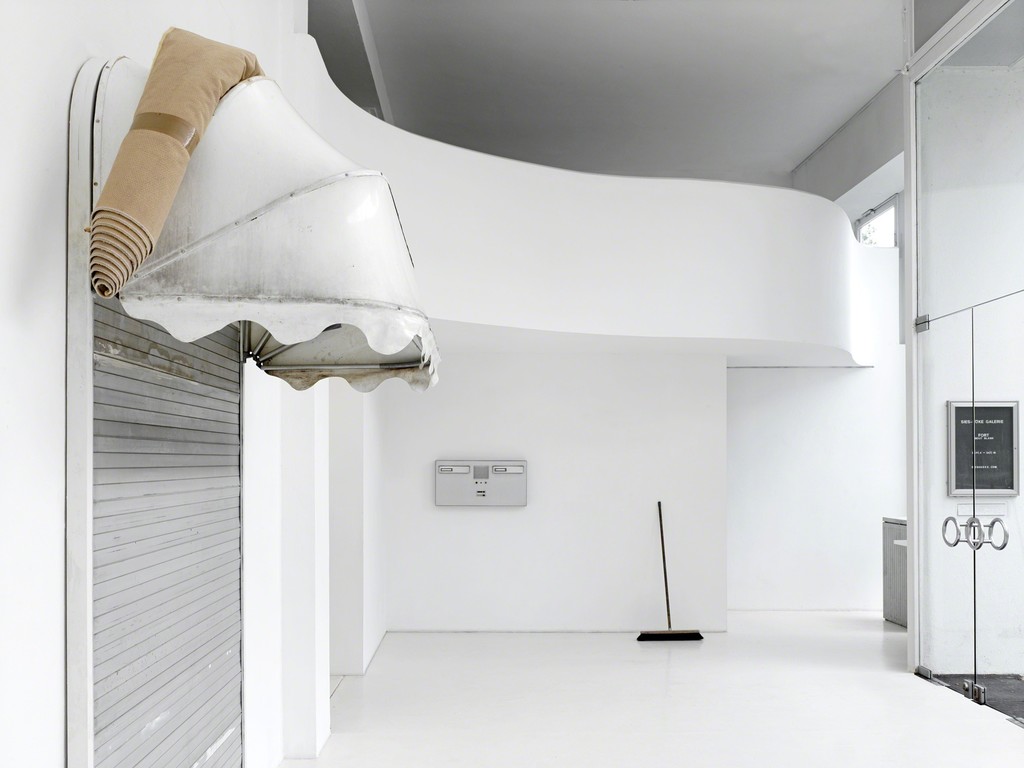 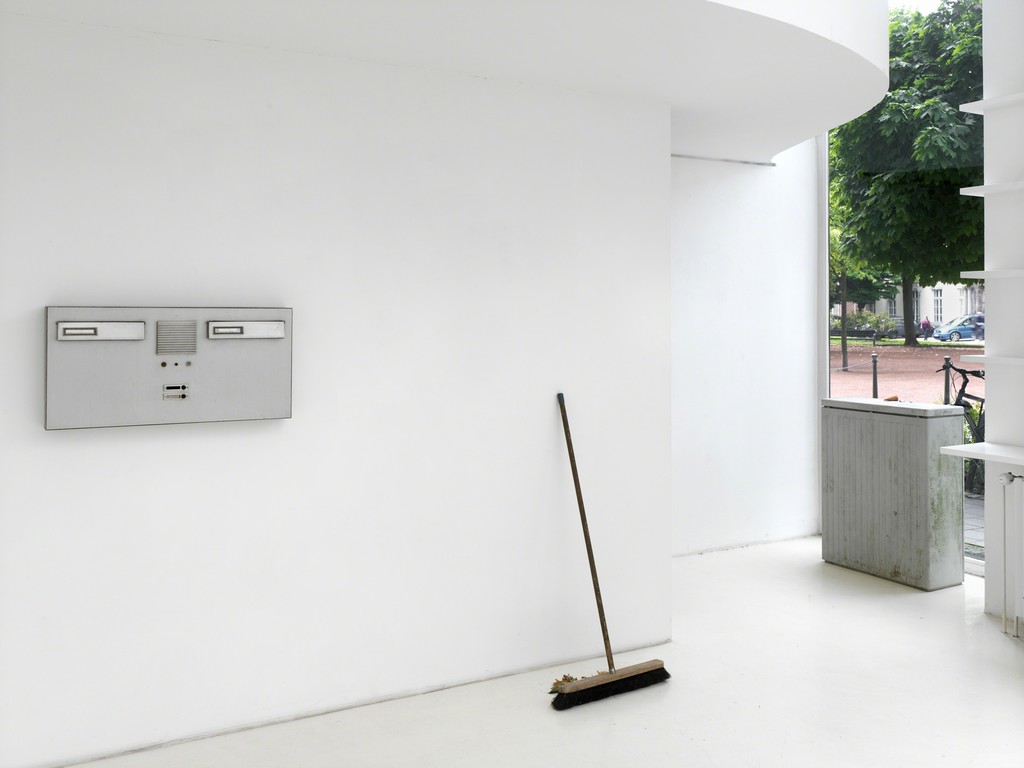 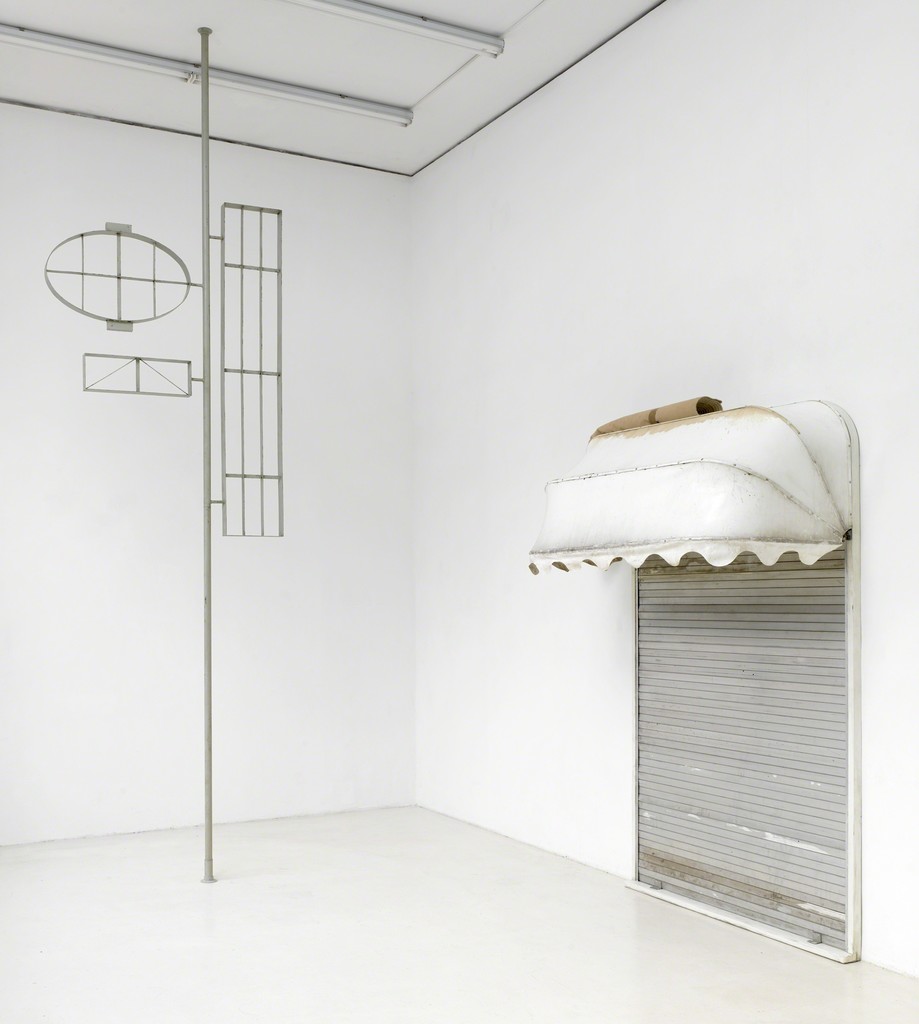 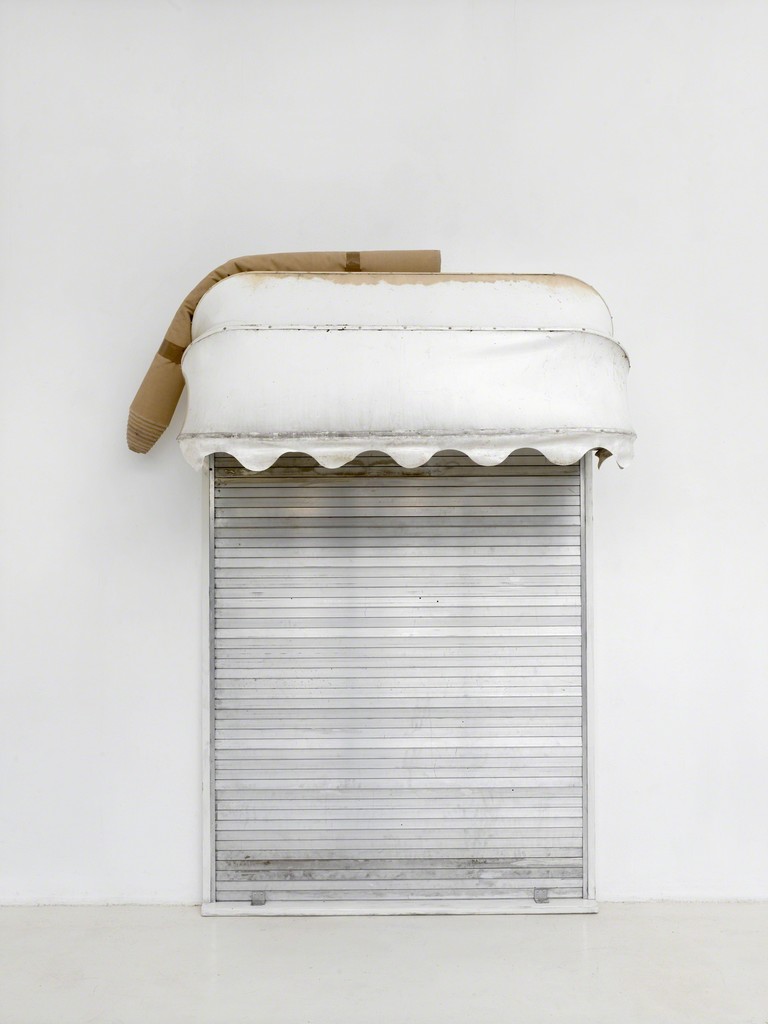 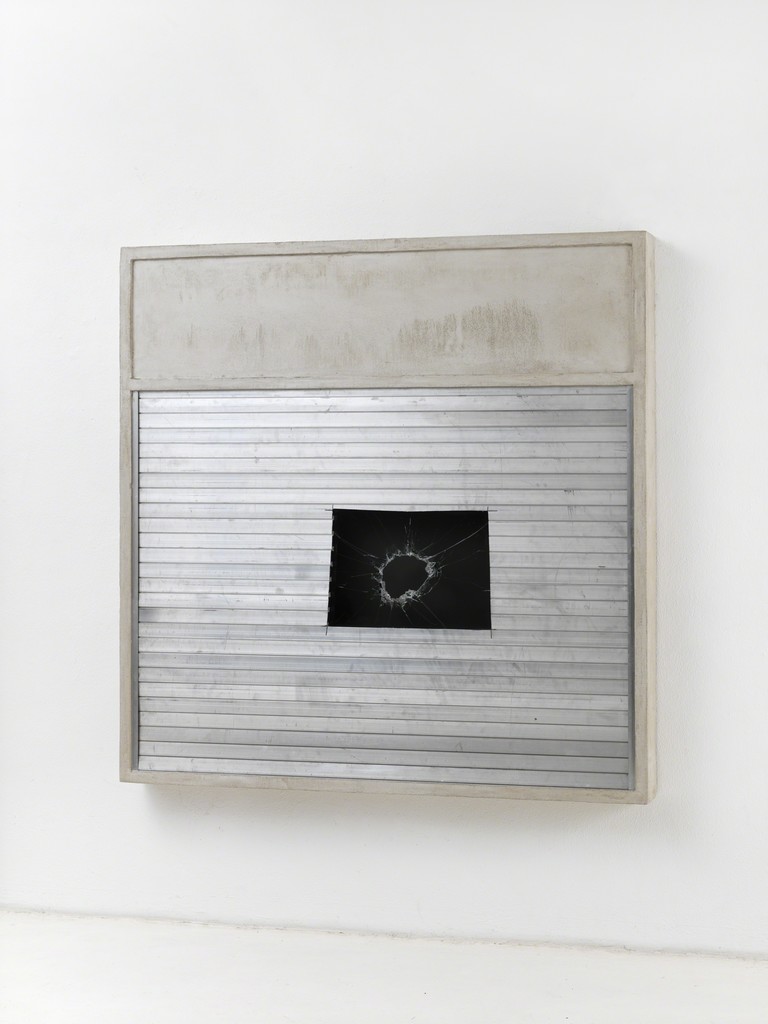 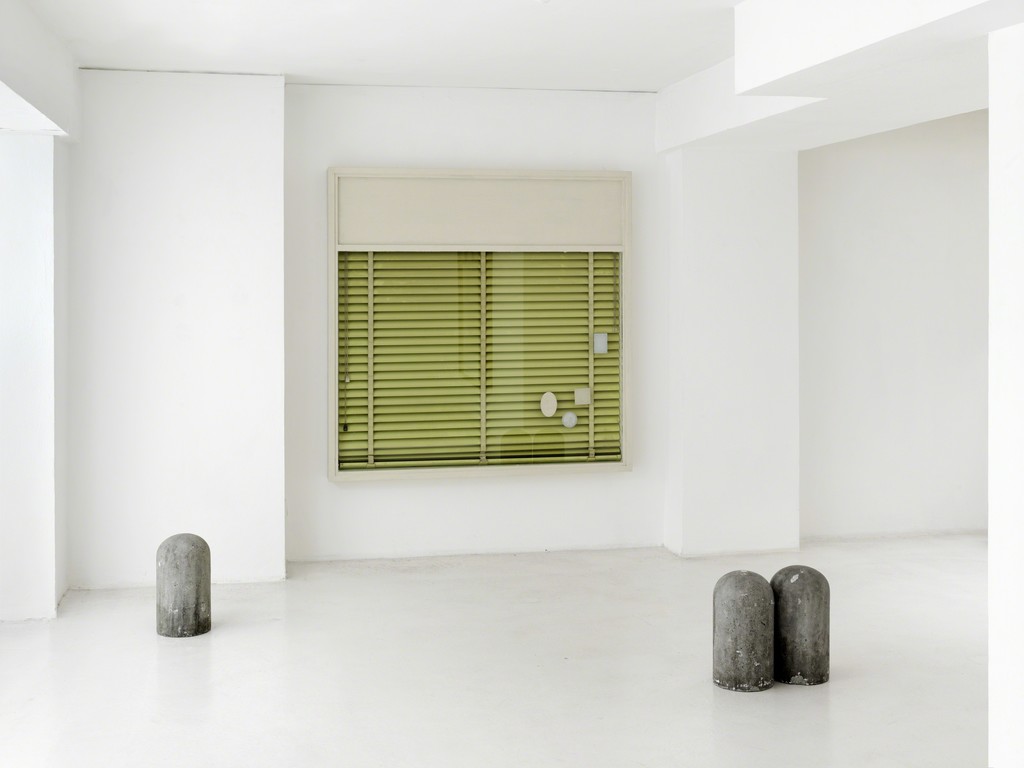 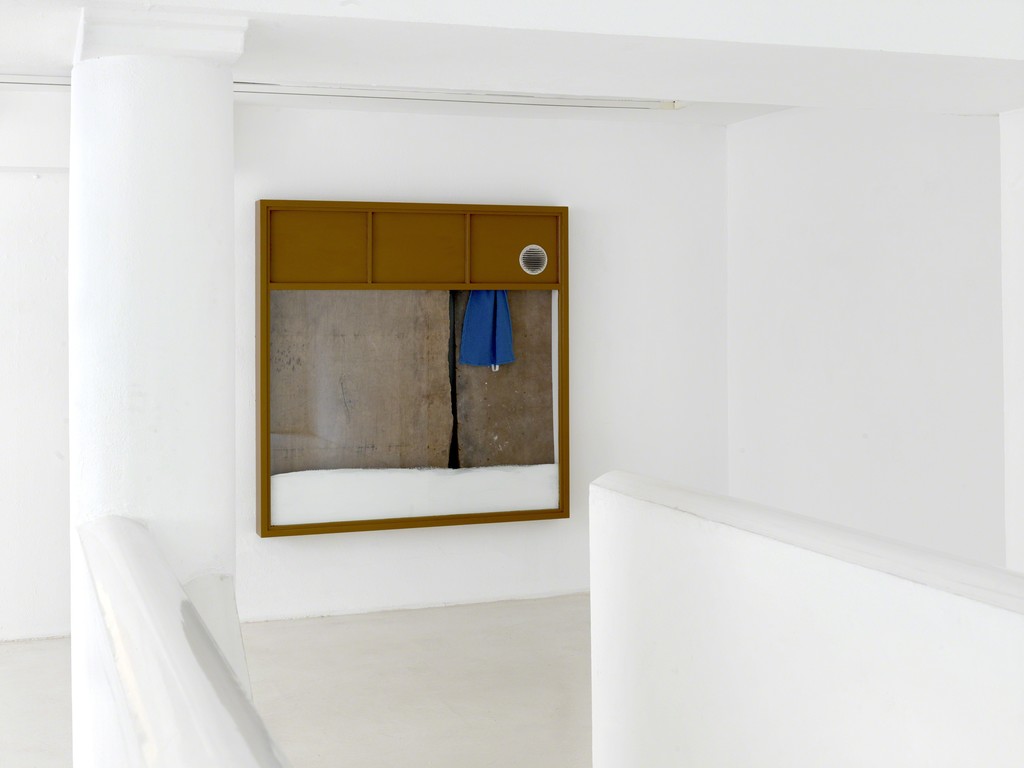 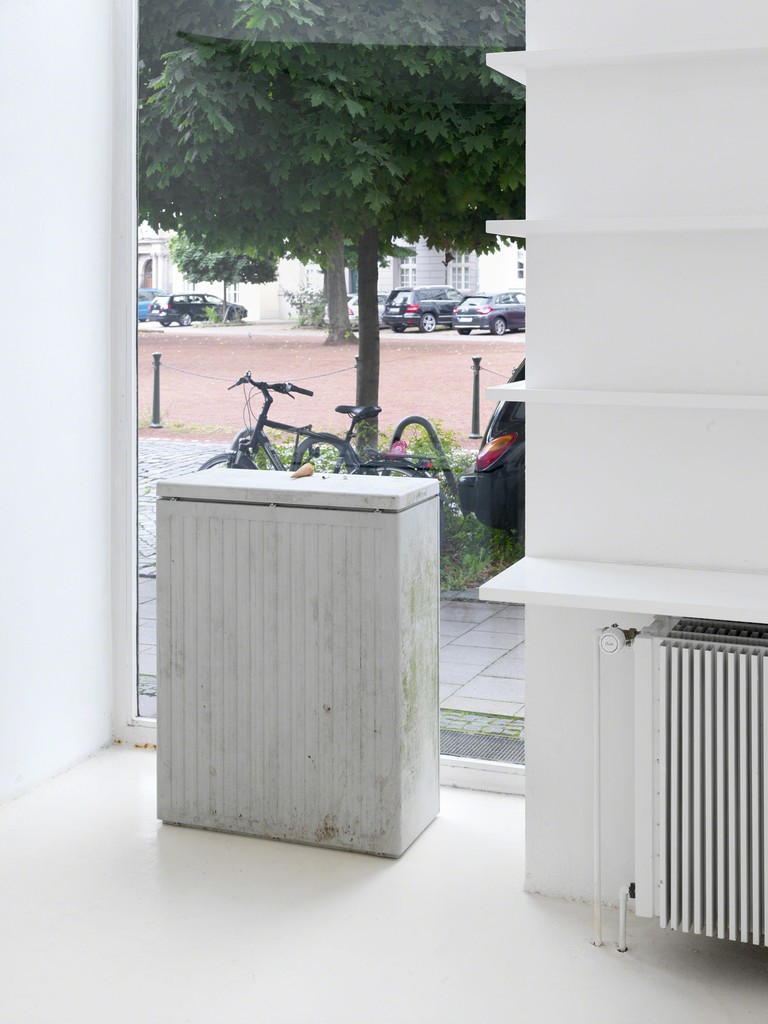 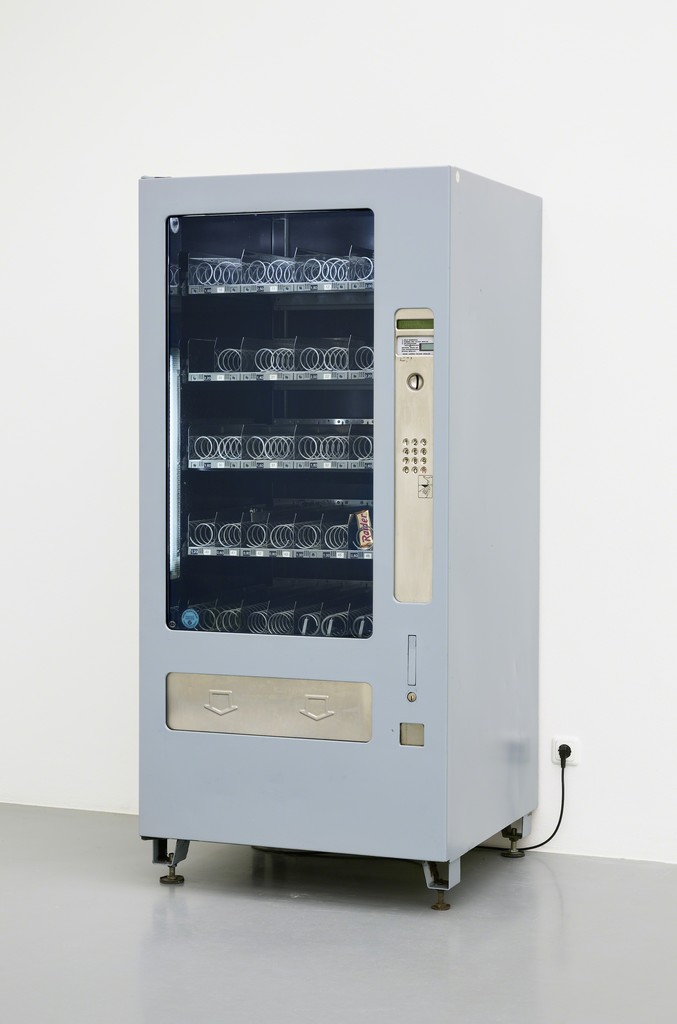 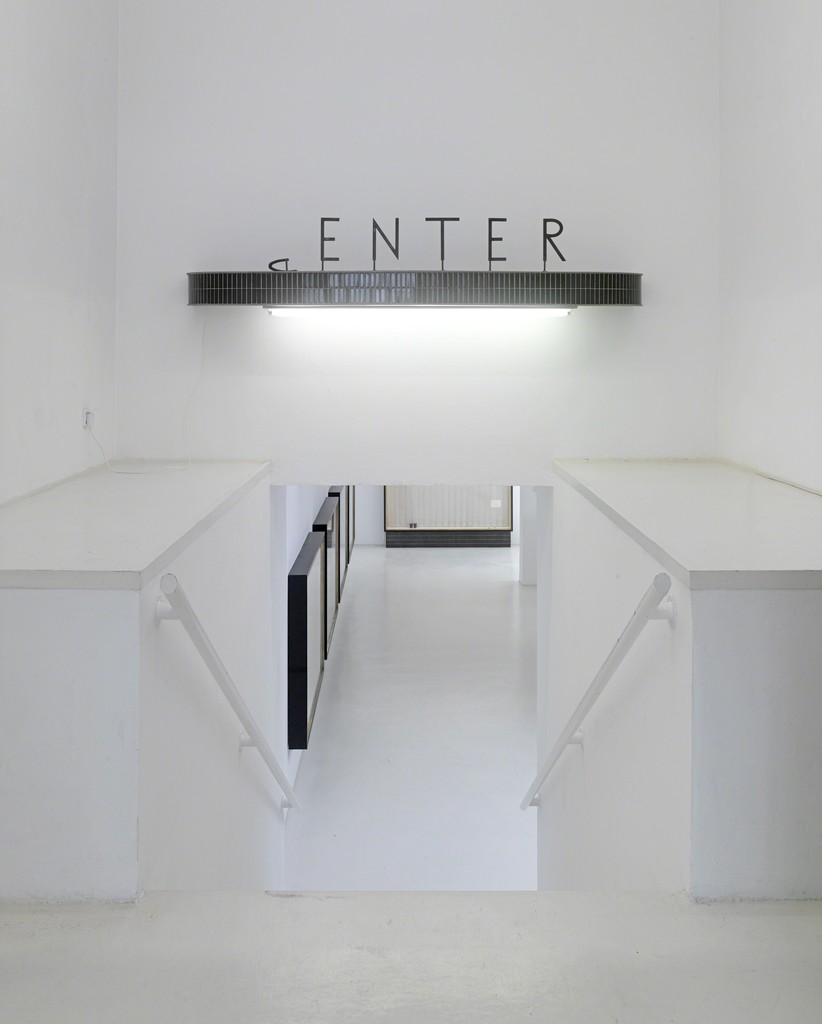 Tying in with DC Open, Sies + Höke is pleased to present the artist duo FORTʼs inaugural solo exhibiton at the gallery.

Alberta Niemann and Jenny Kropp, aka FORT, stage objects, spaces and performative situations to complex near-replicas of everyday life. Their strategy consists of appropriating the existing, adding their own and disturbing the supposedly familiar with strange elements. In FORTʼs installations, viewers transform to involuntary extras in a scene serving to make visible the mechanisms of our consumer society and the art market.

In their Solo show About Blank, FORT investigate the notion of emptiness. An entrance to what looks like closed shop premises is located on the ground floor galleryʼs front wall, with three black garbage bags of unknown content next to it. An electrical box titled “Trio” is placed in the middle of the room, bearing a cigarette butt (hand-rolled), the remainder of an almost finished ice cream cone and a small silver ball made from crumpled gum wrappers, all side by side. The arrangement as such was found and retrieved by Kropp and Niemann one night during an exhibition set-up in Colonge.

A small balcony is installed on the left wall of the gallery space, a little further up. A satellite dish and an umbrella here share the tarrain, obstructing the view. Another wall holds a small window with lowered blinds and the inscription “Zwick”. A piece of the shutters is cut out, and the glass behind is broken. The window seems to belong to a jeweler or a similar business that raises desire; it seems that a burglary has taken place, leaving a void.

The lower ground floor installation suggests an abandoned shopping mall, showing different windows that are either empty or closed, denying insight to their interior. Final traces and residues on the windows combine to tell a new story.

The works shown in this exhibition are based on chance obersations by the artists, who detach objects from their context because they appear lonely, lost or peculiar. As so often with FORT, an atmosphere of abandonment is generated. Frequently, a sense of eeriness arises in the seemingly familiar and the things that daily surround us appear in a different light.