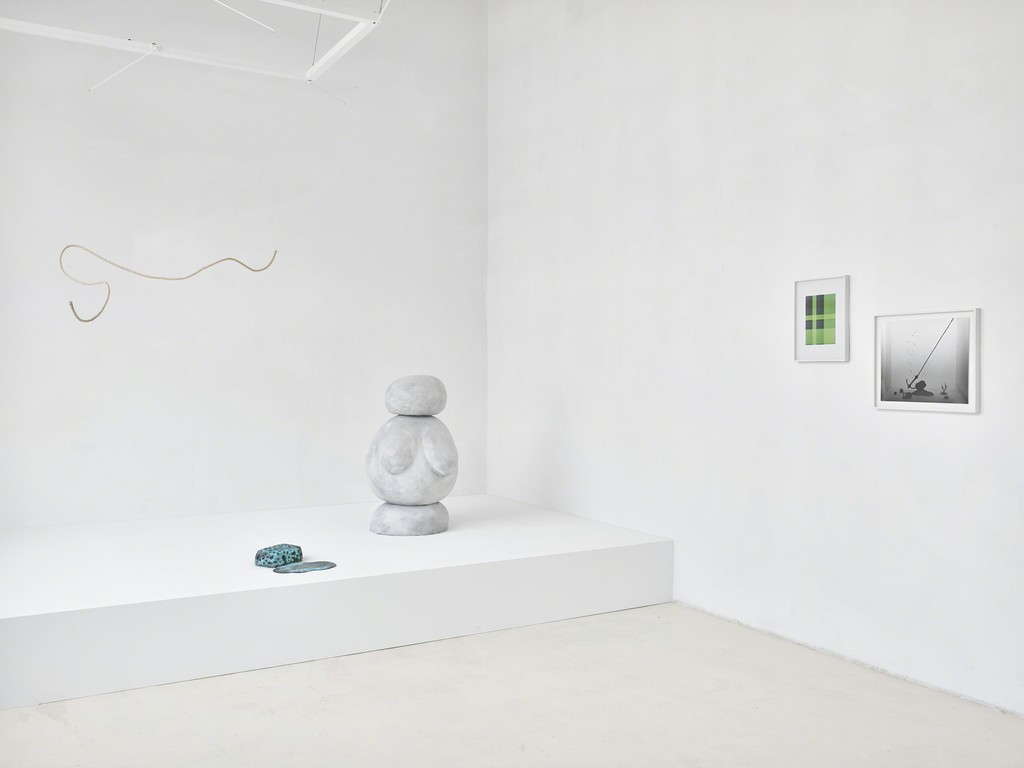 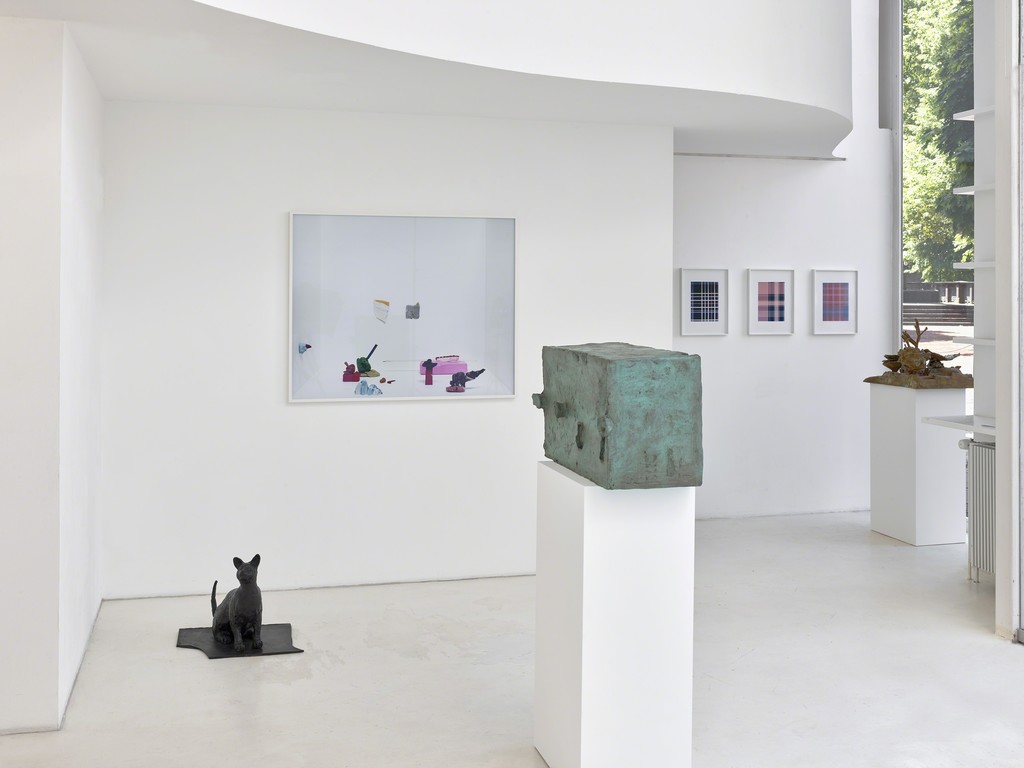 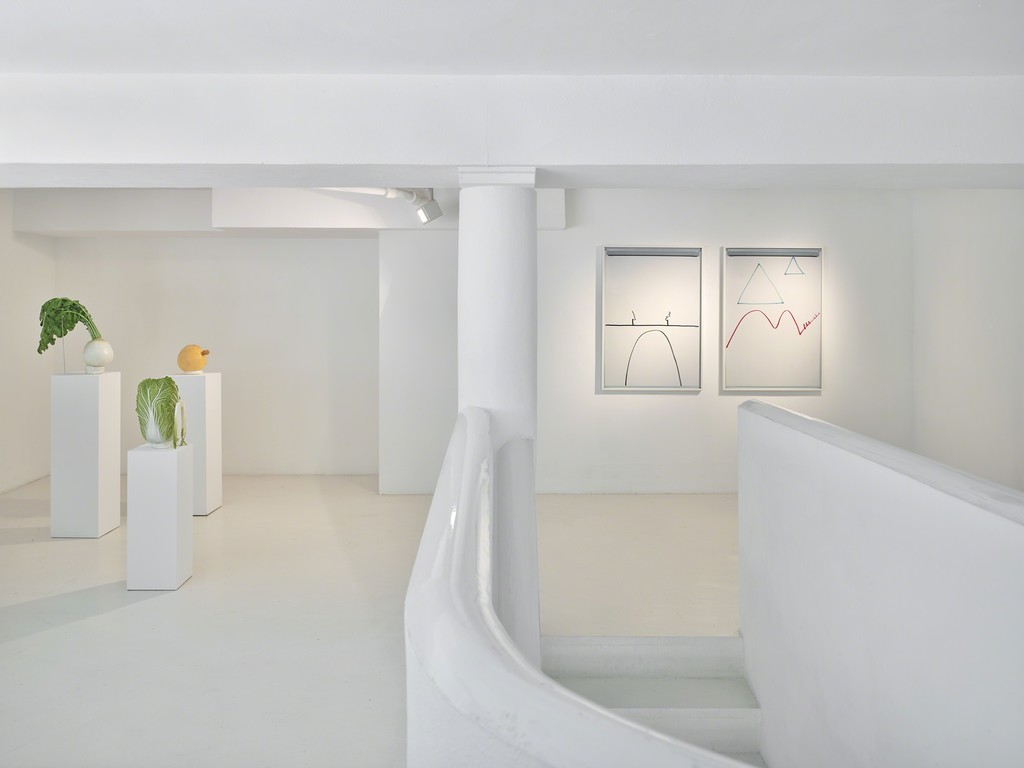 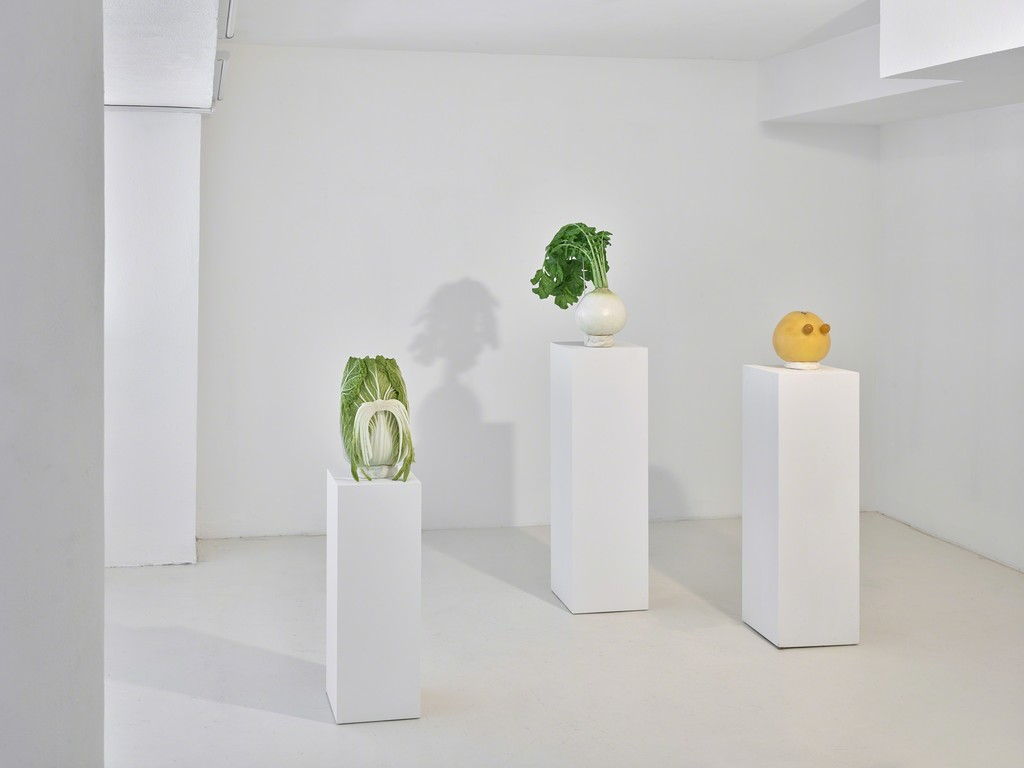 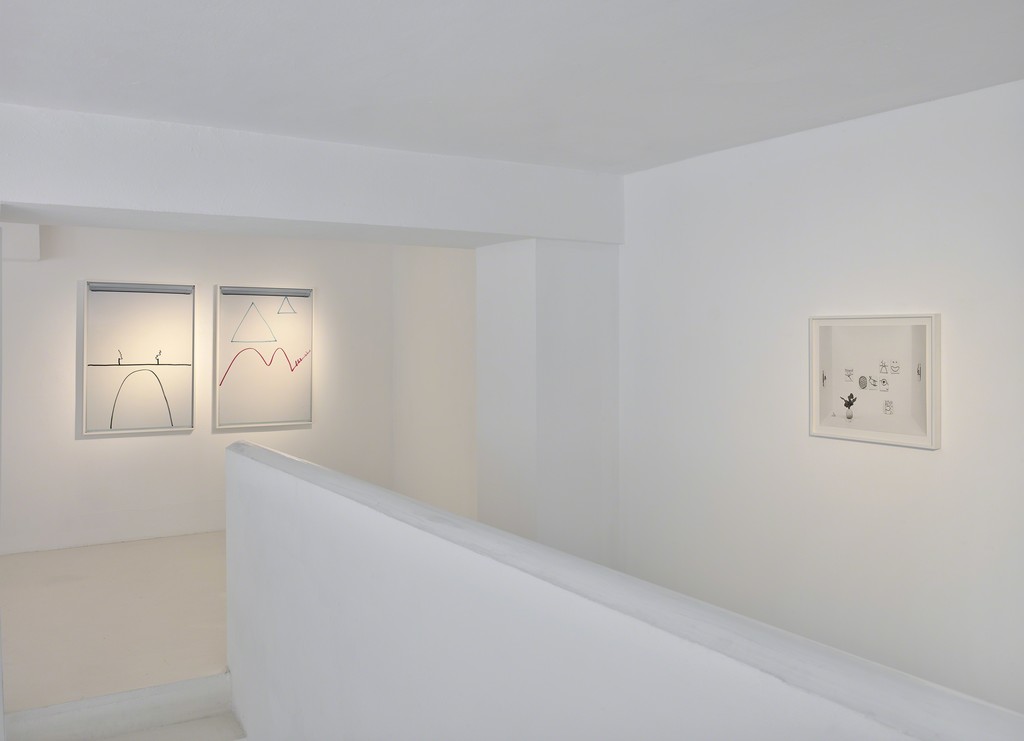 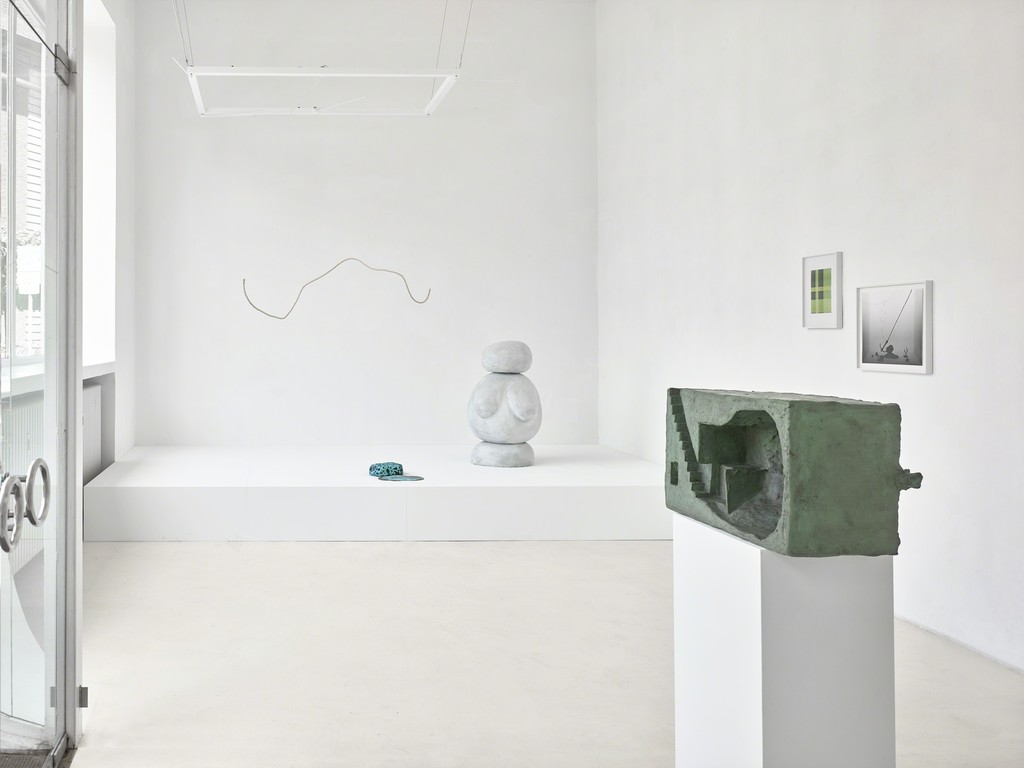 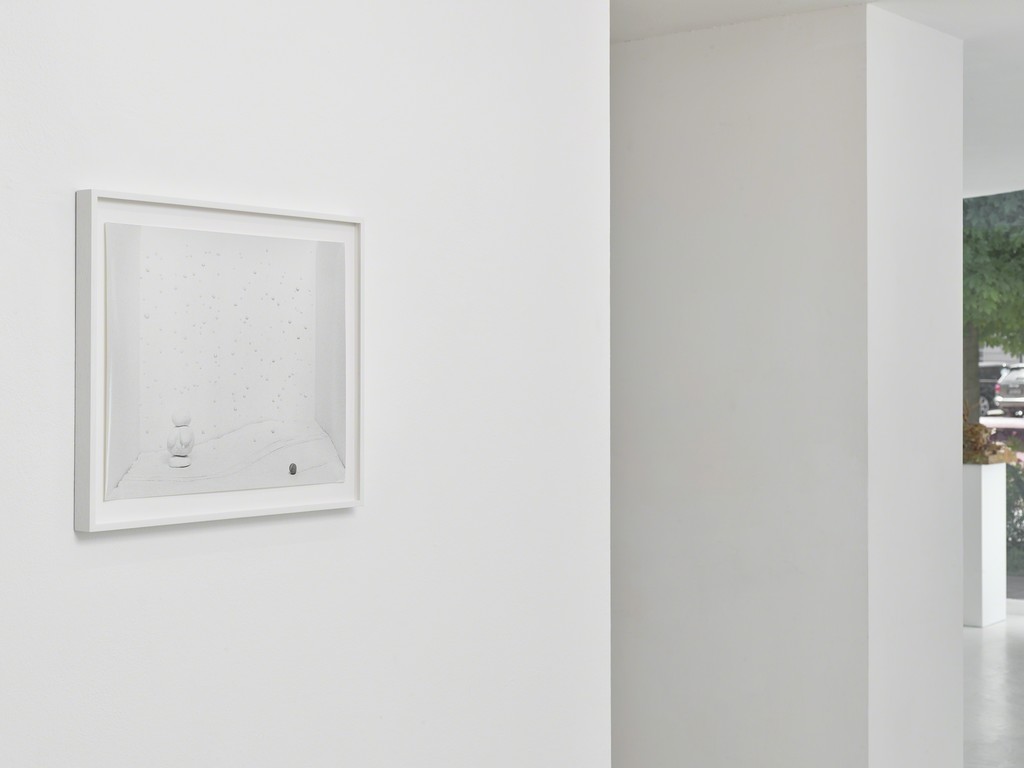 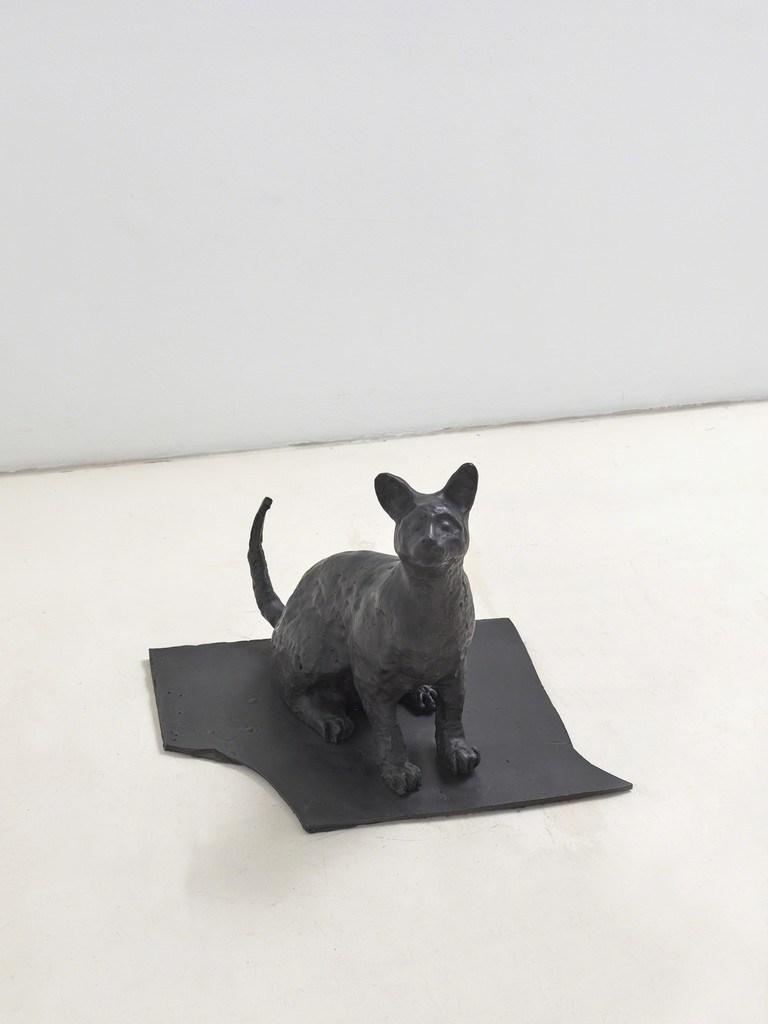 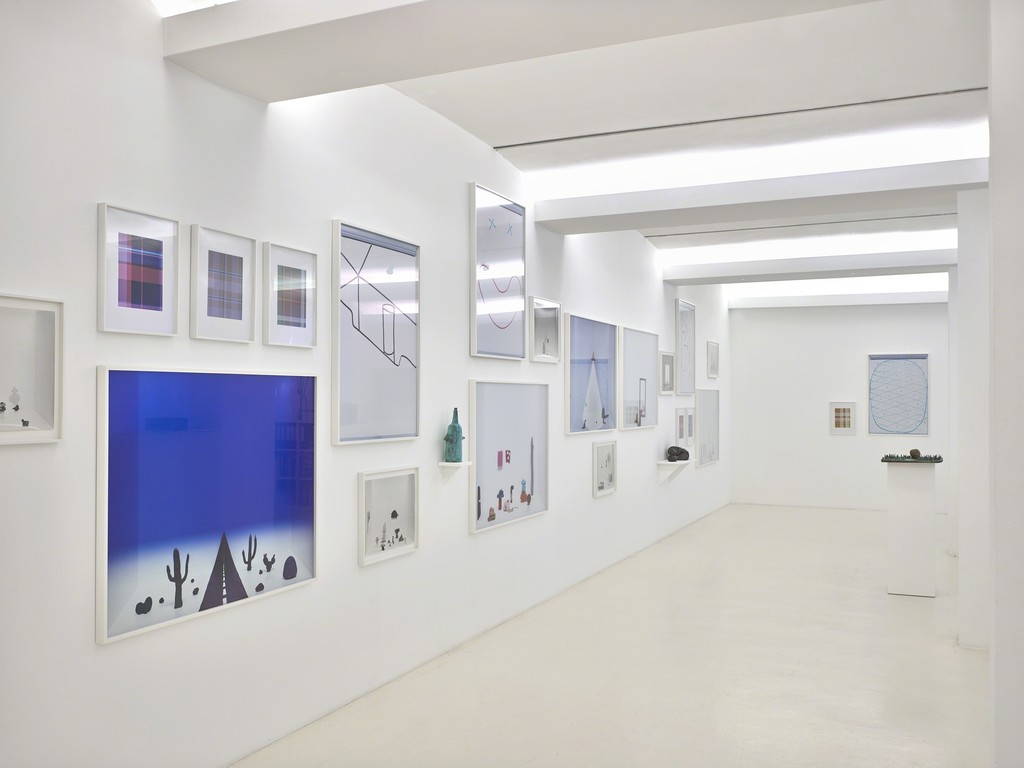 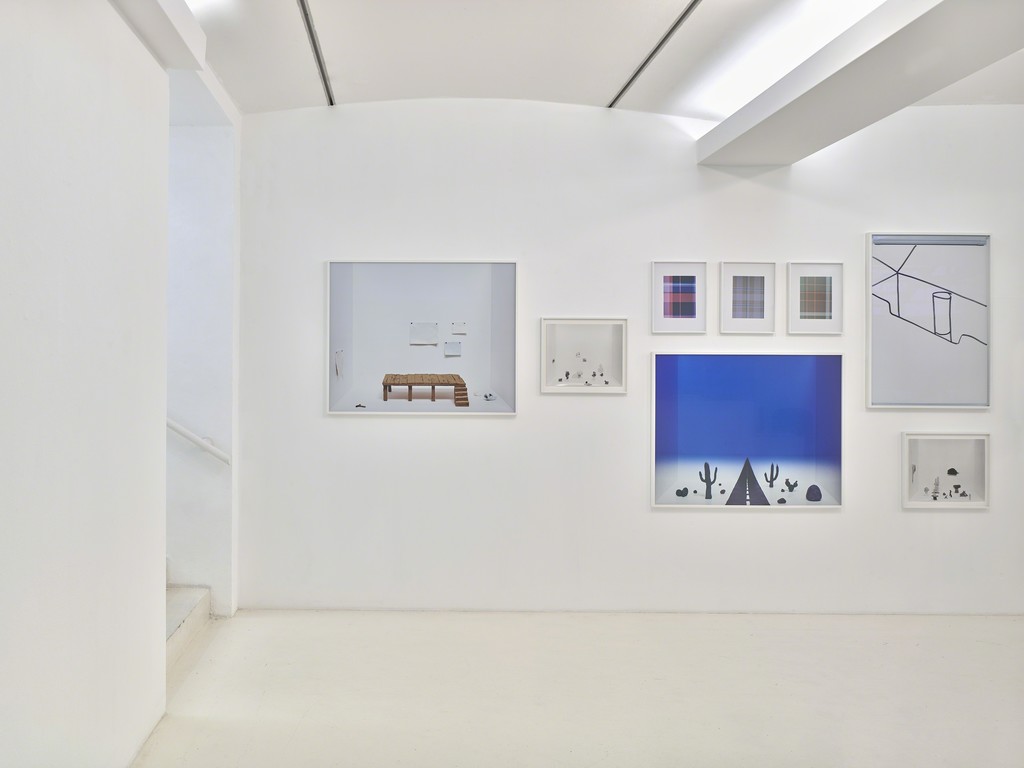 Collaborating since 2001, the artist duo João Maria Gusmão and Pedro Paiva produce films, objects, photographs, installations, and publications that inspect those islands of lost acuity in our perception that often collect in the dustbins of knowledge and linger below, behind, in-between, beyond, and parallel to the natural order of things. At once humorous, enigmatic, and absurd, their works contain numerous references to literature and philosophy, yet primarily draw attention to questions of reality and its representation. Comprised of objects, photographs, and a series of projected light installations, Green Orange accentuates the role of modeling in their practice, by demonstrating the paradoxical relations between simulations and reality, in line with Paul Valery’s dictum that “Everything simple is false. Everything which is complex is unusable.” (Notre destin et les lettres, 1937)

Over the years, their registration of natural, cultural, and artificial phenomena has generated a bestiary of things where improbable preposterous properties propagate. Green Orange is one such “fungus”. It begins with a display of new bronze objects, sculptures of sorts, and photos by the artists that draw from a litany of scholarly paraphernalia, each activating a series of conflicting associations. The starting point is a model of Plato’s quintessential cave, which the philosopher deployed to discuss humans’ confinement to a misrepresentation of reality. Simplified and rendered in miniature, the object points to the proto-cinematic philosophical parable, yet the protagonists and the projections seem absent, offering a backdrop for the viewer to fill in and reconstruct the primitive scene blindfolded. Some of the other sculptures, such as a grass lawn disturbed by a tennis ball, feature absurd distortions of scale, while others present inexplicable scenarios such as a bottle punctuated by a carrot, or a sponge that is neither soaking or surging a congealed liquid. These are joined by the figure of an attentive black cat, a submarine setting, a fresh turnip made out of plastic, a moving rope that resembles a snake, a ripe pomello featuring face-like citric countenances—2 tangerines poking out as eyes, also plastic—and a “snowwoman” whose bulbous bulk recalls at once prepubescent winter play and the paleolithic figurine Venus of Willendorf.

Drawn from Plato’s cave miniaturized set, a series of photographic prints, this time situated within a white backdrop, depict diorama-like set ups, akin to stage settings, or the “spectacles” of Stuart Sherman, whereby the performance artist would activate semantic dramas by moving inanimate objects on a portable tabletop. As many of these photographs include certain objects and images from the exhibition itself, the viewer is confronted with a Mise en abyme, an infinite recursion into the abyss whereby miniaturized stand-ins within the images resonate with the “real” objects outside the frames. Punctuating these exercises in composition is a smaller-sized photographic series, which feature horizontal and vertical bands of color that at once recall modernist formalist experiments and the prototypical criss-crossed patterns of Scottish fabric. Their warps and wefts were generated not by paint or thread, but by exposing a negative numerous times with filters of color until an image was constructed, yielding scintillating effects.

Scattered throughout the show are also drawing-like photographs with puzzles, droodles, half riddles, and half doodles, whereby one can grasp the devious and subtle wit of the duo. A plain pooling of pictorial elements on a field yields paradoxical pictograms that prompt the production of performative prepositions, preposterous predicaments, puzzling principles, and pedestrian plights. Green Orange also signals the premiere of a new series of installations using altered medium-format slide projectors with synchronized mechanisms to generate animated forms on the screens. Like their immobile counterparts, the filtering and layering of colors and shapes catalyzes instances of pareidolia in the viewer, where simple patterns of stimuli precipitate the apprehension of familiar phenomena. These processions of forms are not merely simulations but rather maps that induce a response and a series of figurative connections through figuring both in and out, like a thought experiment. Their repeated emergence forcing double-takes, and burrowing into the mind's eye an idiotic logic for abstraction.