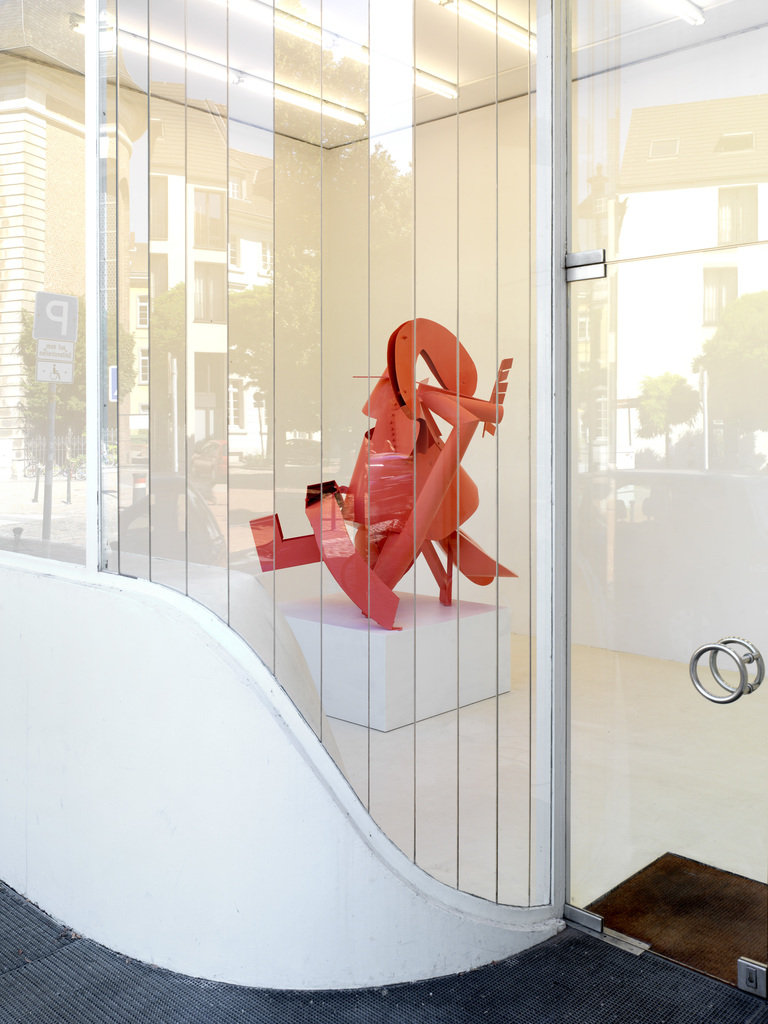 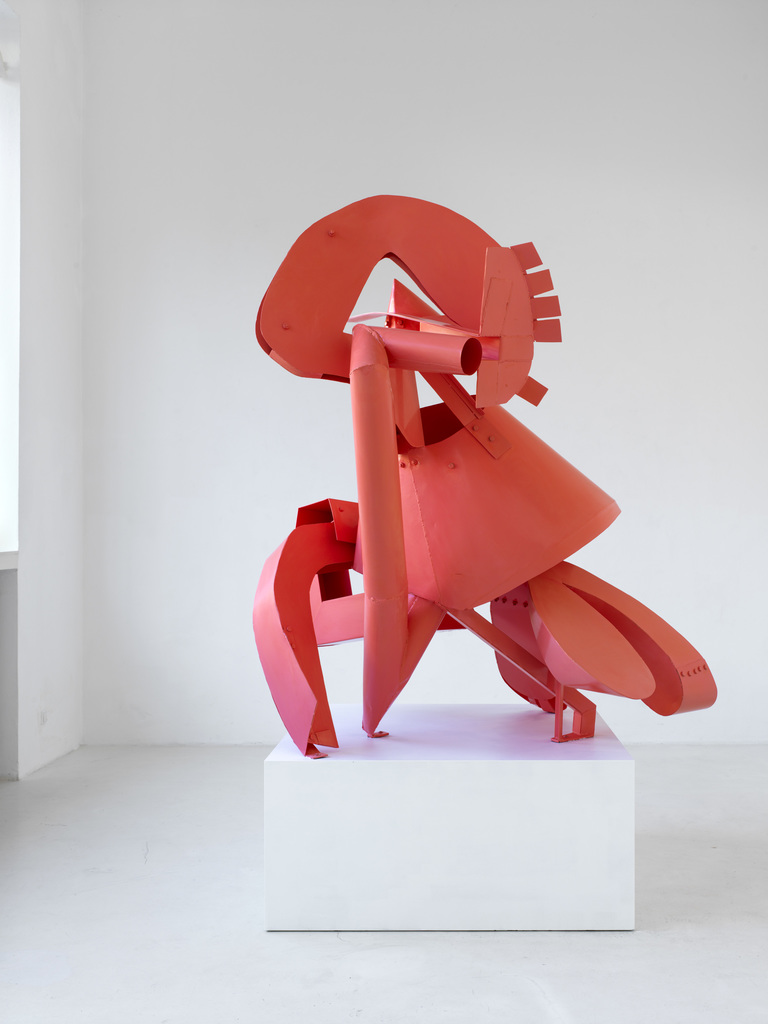 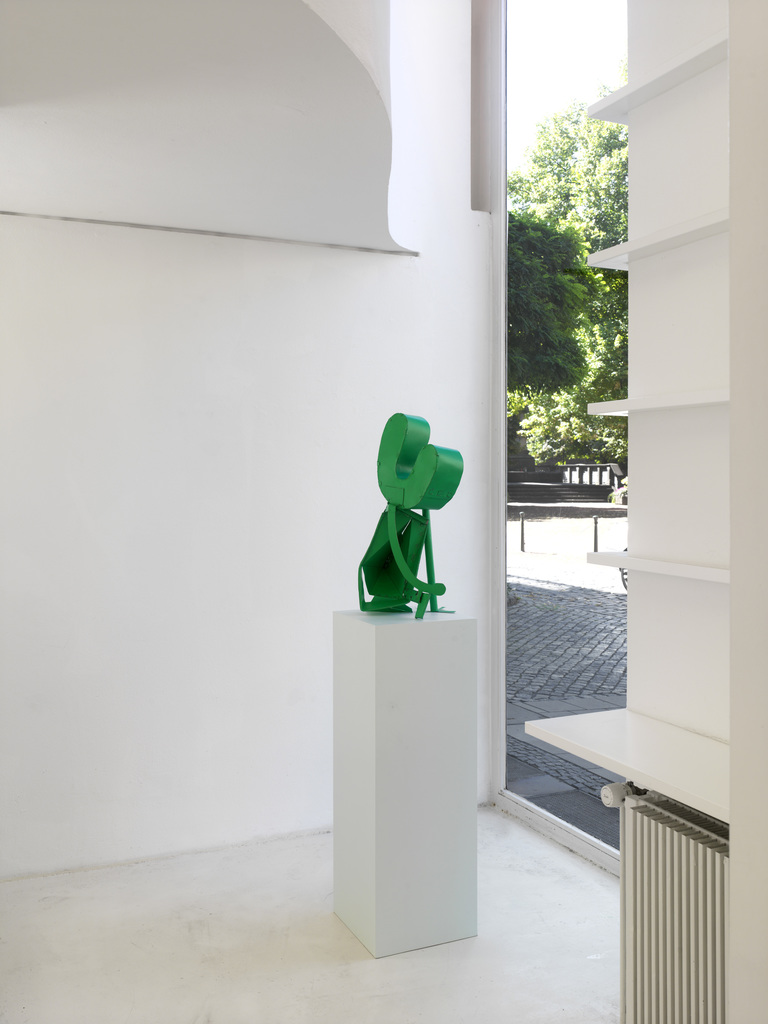 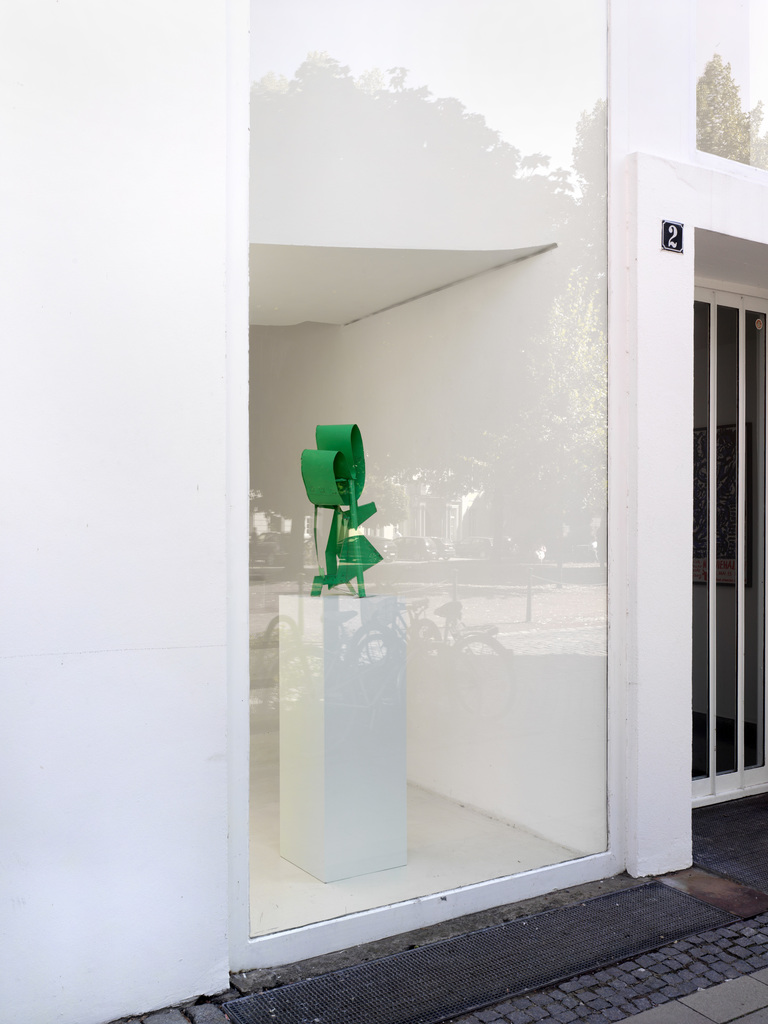 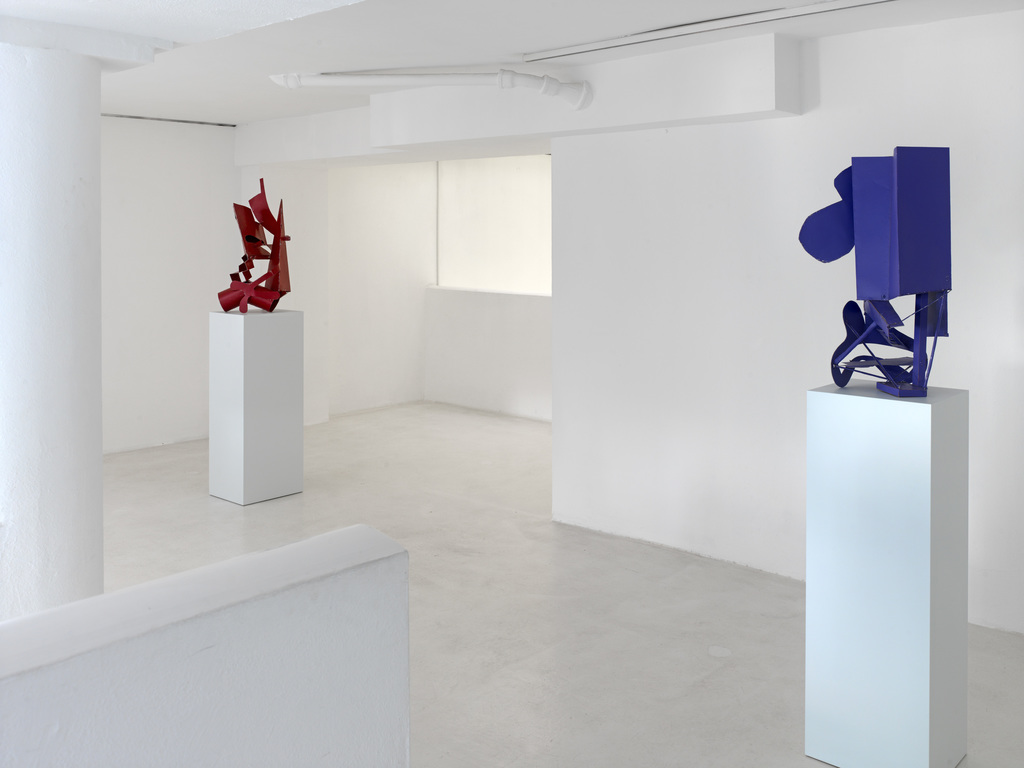 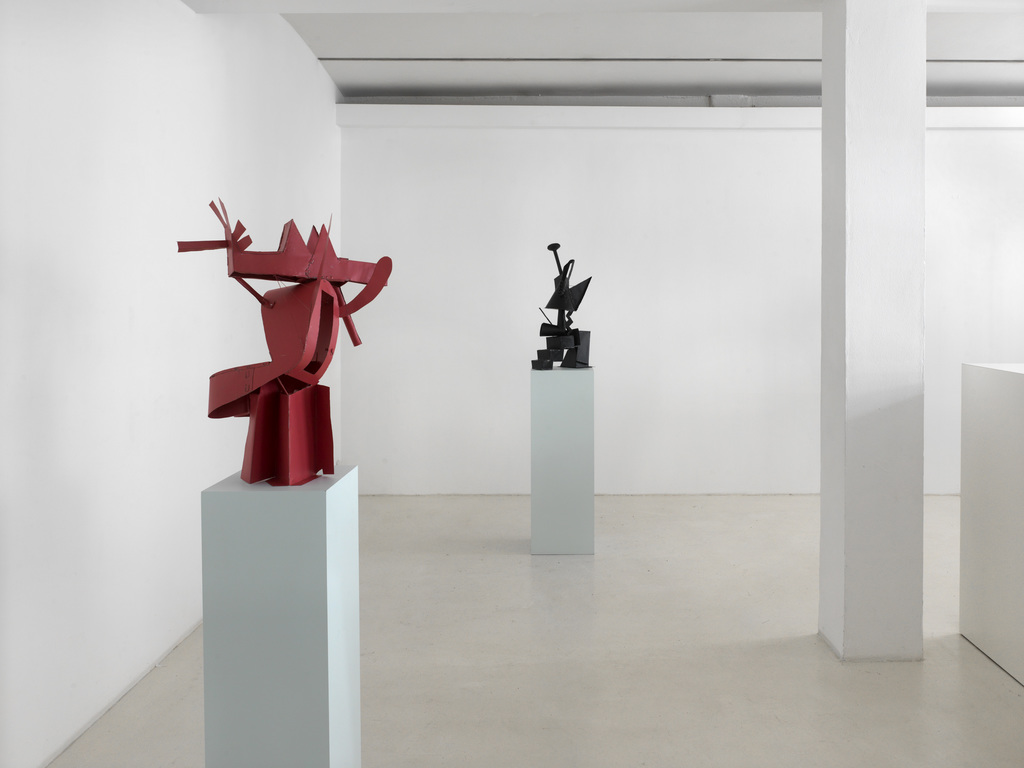 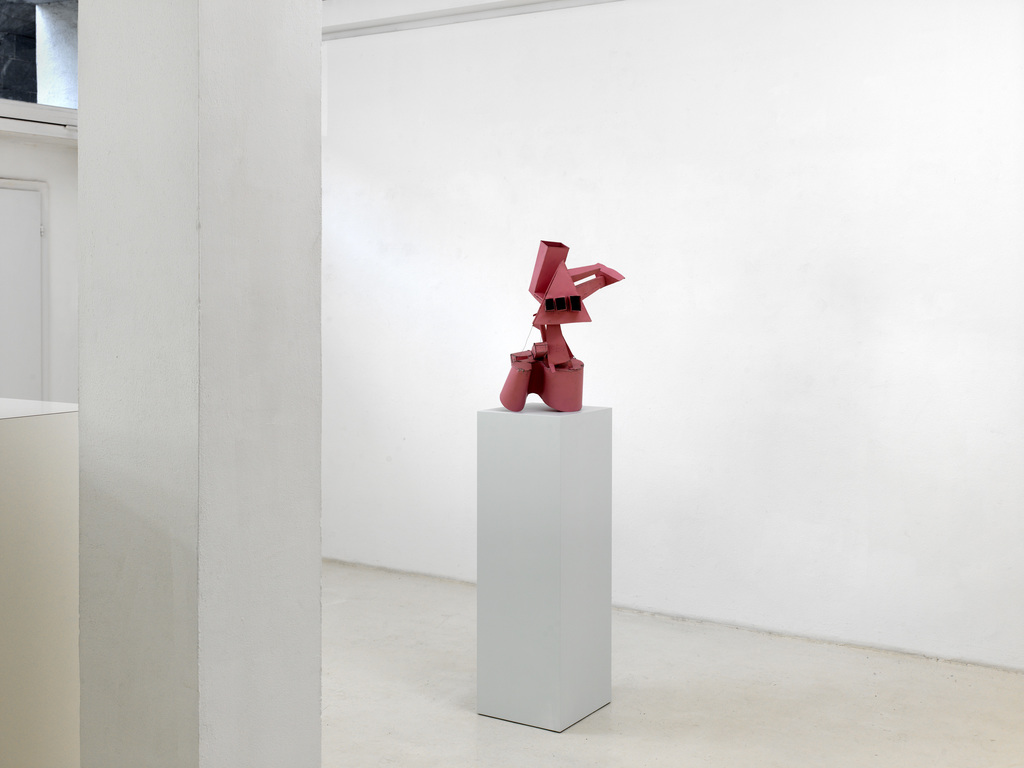 Tying in with DC Open, Sies + Höke is pleased to present new sculptures by Berlin-based artist Thomas Kiesewetter, on view in the ground floor gallery space (Poststrasse 2). Alongside a group of colored steel sculptures for the interior, there will also be a large-scale outdoor sculpture in painted stainless steel.

Kiesewetter’s monochrome metal sculptures consist of curved and sharp-edged, arched and almost two-dimensional abstract shapes whose starting point is always a maquette made of cardboard and paper. The flat, easy-to-fold source material is clearly traceable in the finished sculptures: crimped connection points, fanned seams and long bow taut tracks suggest lightness and spontaneity that are in contradiction to the barely malleable metal. It is only the chipped pieces of paint, since the material was colour coated before processing, that reveal the forces used to bend the metal.
"Programmatically Kiesewetter exposes sculptural processes and makes them the subject of his sculpture, which itself is aligned on multiple facets: When walking around the sculpture, cavities and volumes open up, reduce and shut down, racks and sheets project into space as lines and plains, time and movement turn into the form’s central motifs, and into formative moments over the course of viewing." (Gerog Imdahl, 2010)

Kiesewetter's sculptures have repeatedly been associated with the formal language of modernist abstraction and its descendants, from Vladimir Tatlin to Alexander Calder and Anthony Caro, though Kiesewetter himself does not explicitly acknowledge such references. In view of his current body of work, he is rather engaged with the question of the human body’s presence in sculpture, drawing on traditional figurative-sculptural tropes: the kiss, the embrace, the standing figure, the crouching woman. Lehmbruck, Barlach or Rodin, whose sculpture "Fugit Amor" lends the title to this exhibition, here are sources of inspiration, which Kiesewetter discusses against the backdrop of his own abstract language. In doing so, he is not concerned with specific references, but rather with certain timeless sculptural themes from which he can generate new forms, which in turn react with the body of the viewer.