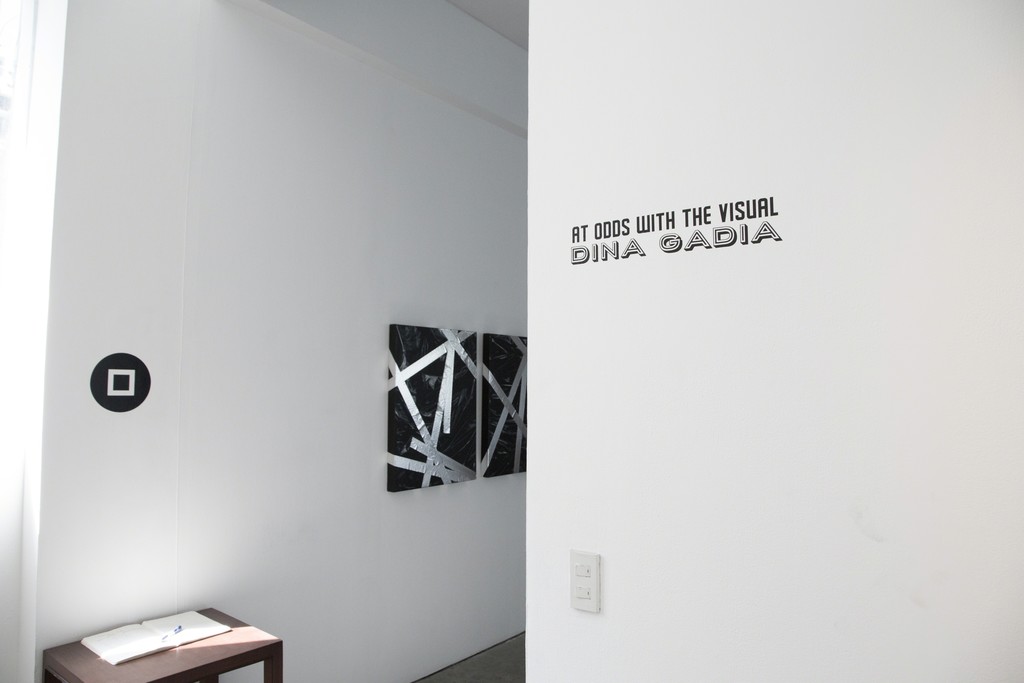 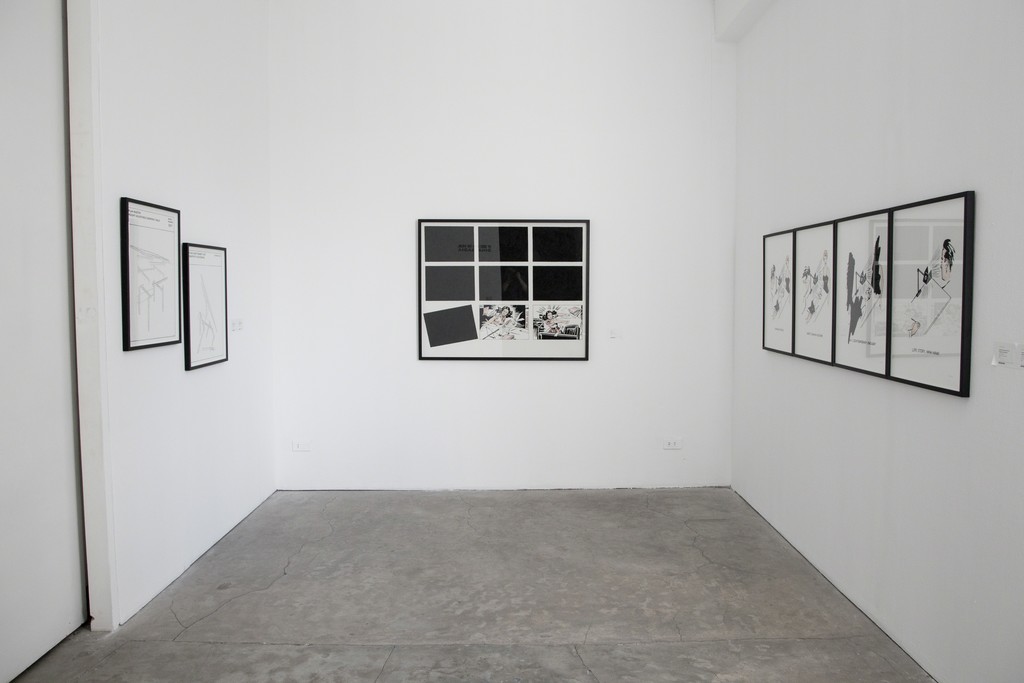 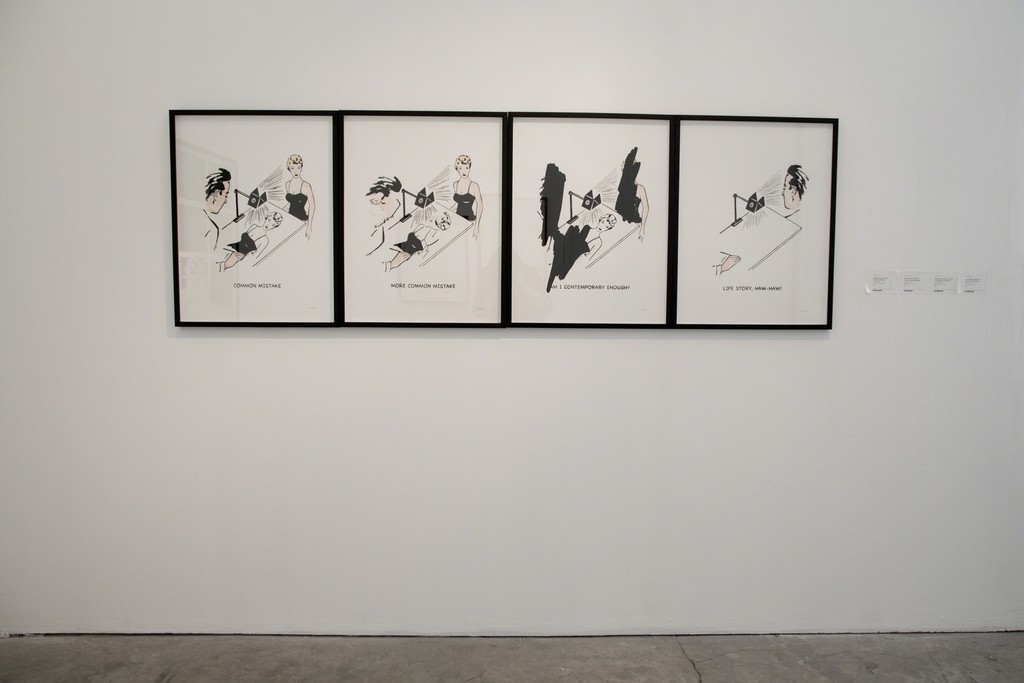 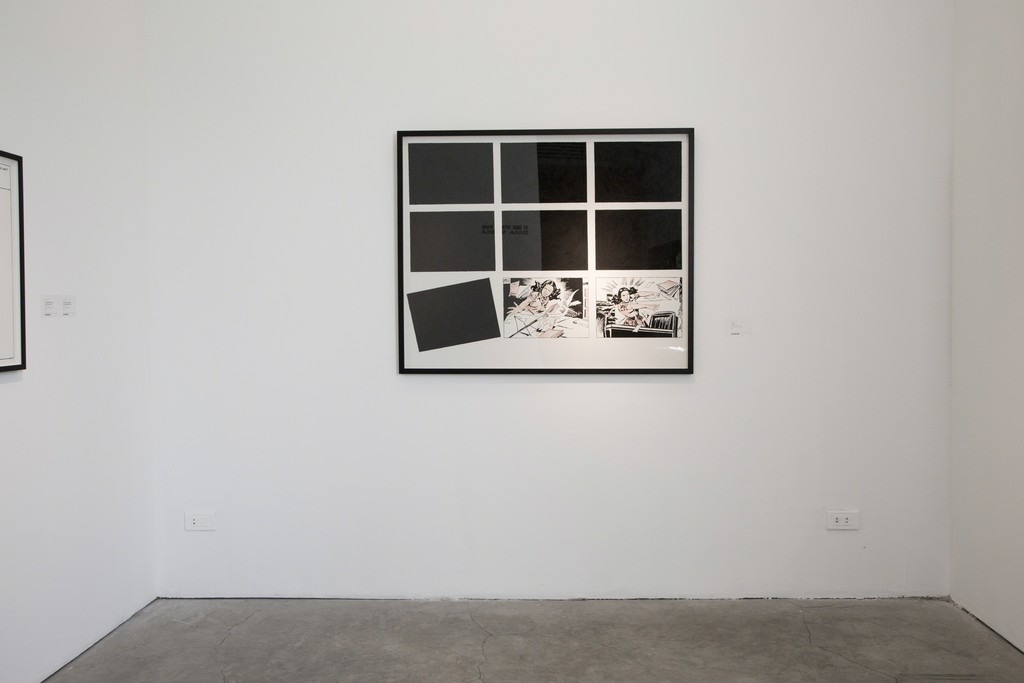 Silverlens is pleased to announce At Odds with the Visual, a solo exhibition by Dina Gadia, opening on March 26, on exhibit until April 25.

In At Odds with the Visual, we find Gadia further delineating collage as an approach, and not a medium. We are shown, as an audience, that it is more and more about theft of image and the subsequent reappropriation; not just pictures-and-scissors-and-glue. In fact, the literal idea of collage (as in, pictures-and-scissors-and-glue,) is probably the furthest thing from the pieces on exhibit. Gadia's work for At Odds with the Visual is more literary, cribbing more from William S. Burroughs than from Winston Smith.

This is an acceptable leap in logic because Gadia treats her images as text. Like Burroughs before her, she jumbles the ‘text’ in such a way, as to elicit new subversions of the source material. Even her choice of source material lends itself to jumbles: illustrated art-making instructions reappropriated, as a study of process, as self-portraits of the artist and her art-in-the-making. This turns At Odds with the Visual into an exhibition of images, about the-creation-of-images, composed of juxtaposed images, depicting various ways images are created.

A highlight of the show is Gadia’s reconstruction of Ric Torres’ Wala na Akong Iluluha, a comic strip depicting a woman waiting for a man, losing her patience. Gadia transforms it into a comic strip depicting the artist waiting for [something], losing her patience. The [something] is unseen, only hinted at through black panels in the work, before resolving into reappropriated panels from the Kampeon Komiks’ 1977 strip. The protagonist’s frustration is assimilated into the artist’s (conceivably autobiographical) frustration, a tongue-in-cheek nod to the work’s birthing pains.

Another recurring motif in At Odds with the Visual is that of the art-making device as Frankenstein’s monster: image projectors projecting pastiched visuals, the haphazard assembly (and possible configurations) of a drafting table. Different iterations of either idea serve to further contradict the predictable image that one might form upon recollection, with each multiple of the work serving to further reinforce the artist’s jumbled message. Gadia seems to be deliberate in her irreverence, almost confessional in the way that she composes her artwork and their perceived meaning, as if to say, “Look at how difficult it is to make an image!”

However, the heart of At Odds with the Visual is in its anticlimax: Gadia presents a depiction of an empty room filled with art, the peculiar loneliness of exhibited work languishing in cobwebs and dust. It is here where we come full circle: The artist’s tongue-in-cheek frustration, the artist’s recognition of creative obstacle (while utilizing the imagery associated with art-making, brilliant!), the idiosyncratic despair of work unviewed, the work unsold.

In conversation, Gadia references What happens when a message is added to an image*, as partial basis for At Odds with the Visual. The text states that 1) The image may remain unaffected, or 2) The message may be simply added onto the image, or 3) The image may undergo revolutionary change and reorganization. Obviously Gadia is experimenting: making jumbles, pitting image against message, watching for what survives. Obviously Gadia is pulling our collective leg.

Long live Dina Gadia, forever at odds with the visual.