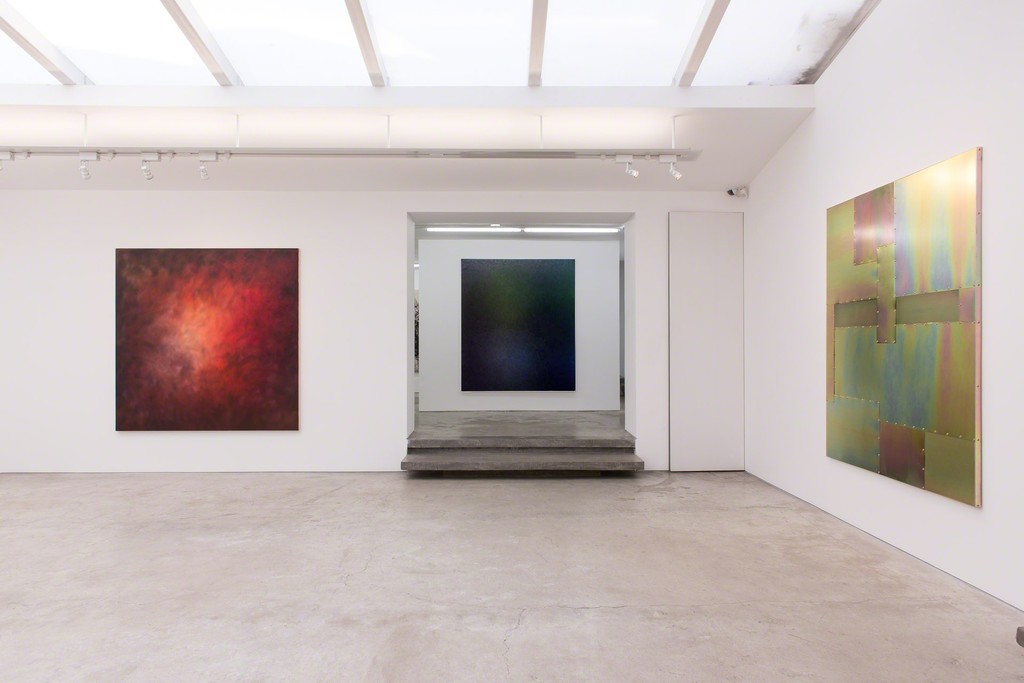 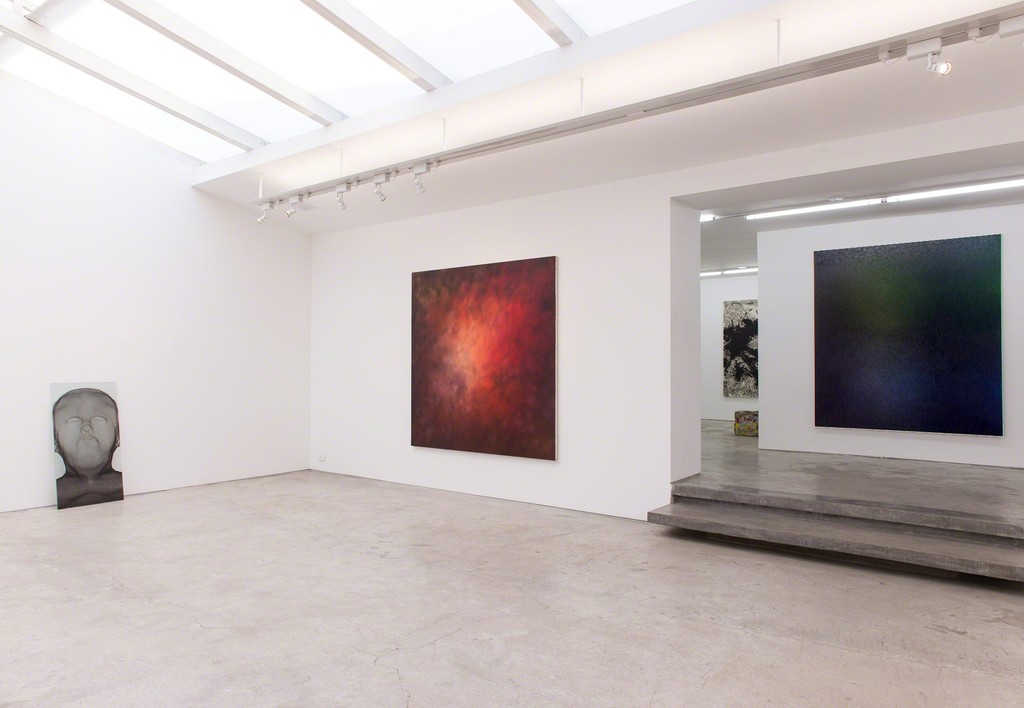 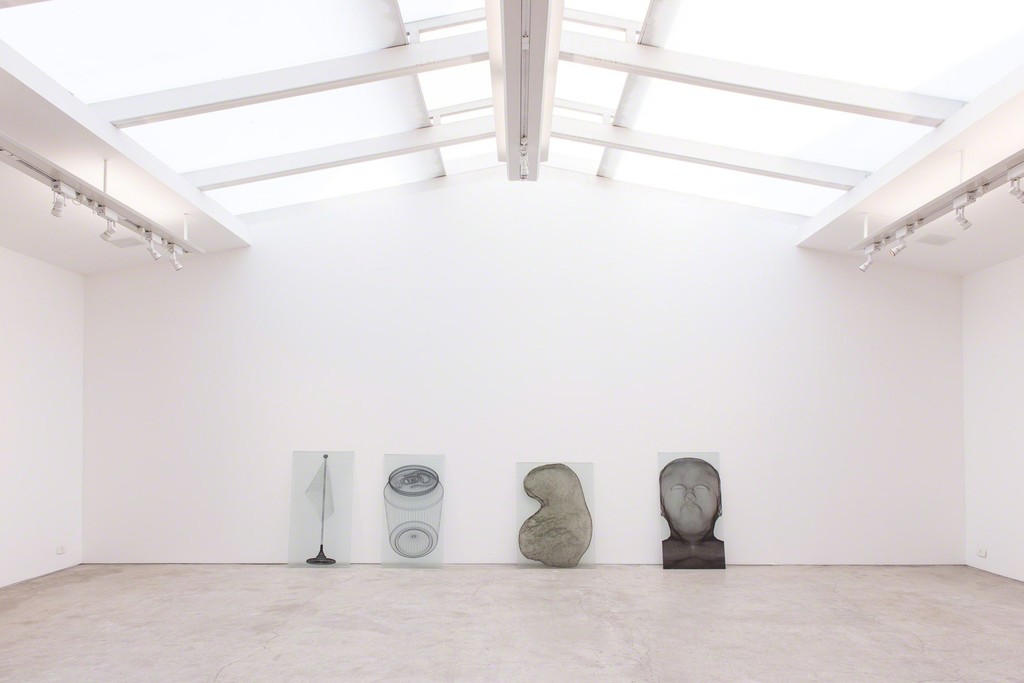 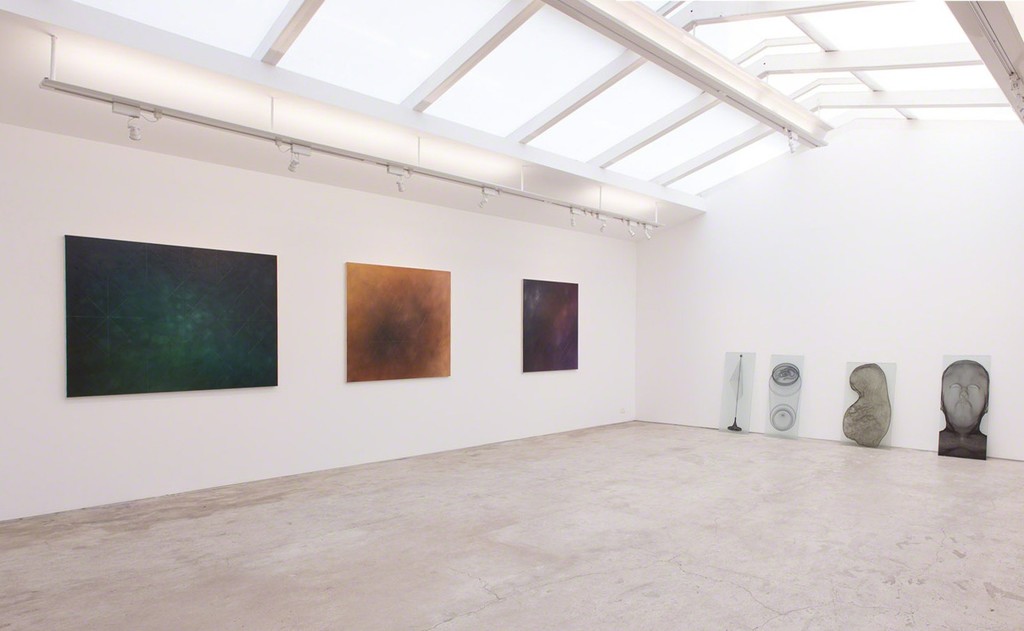 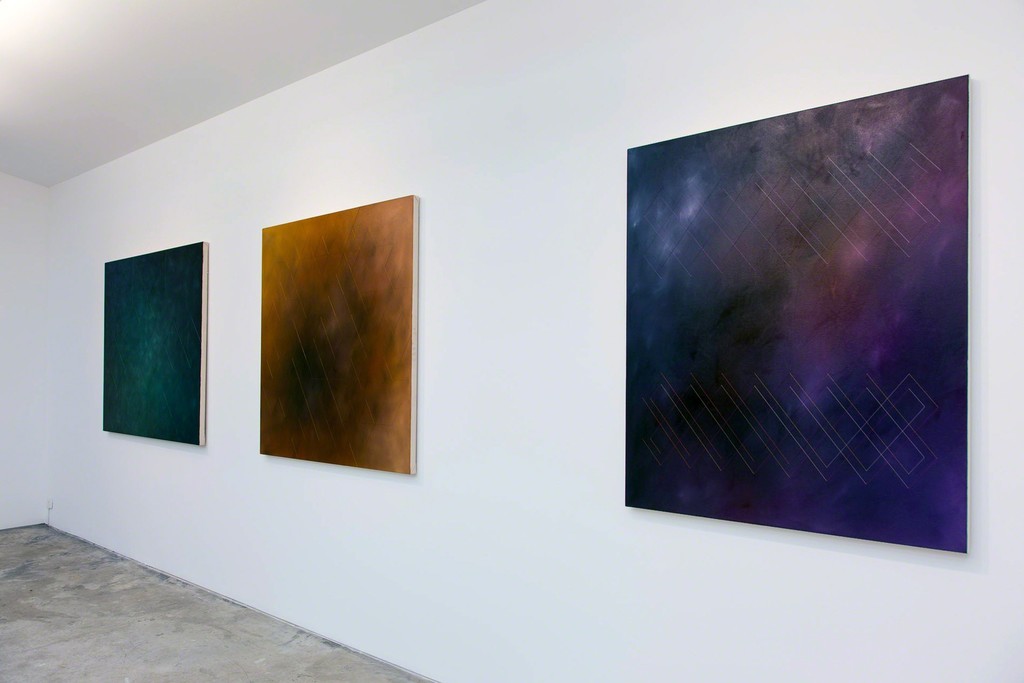 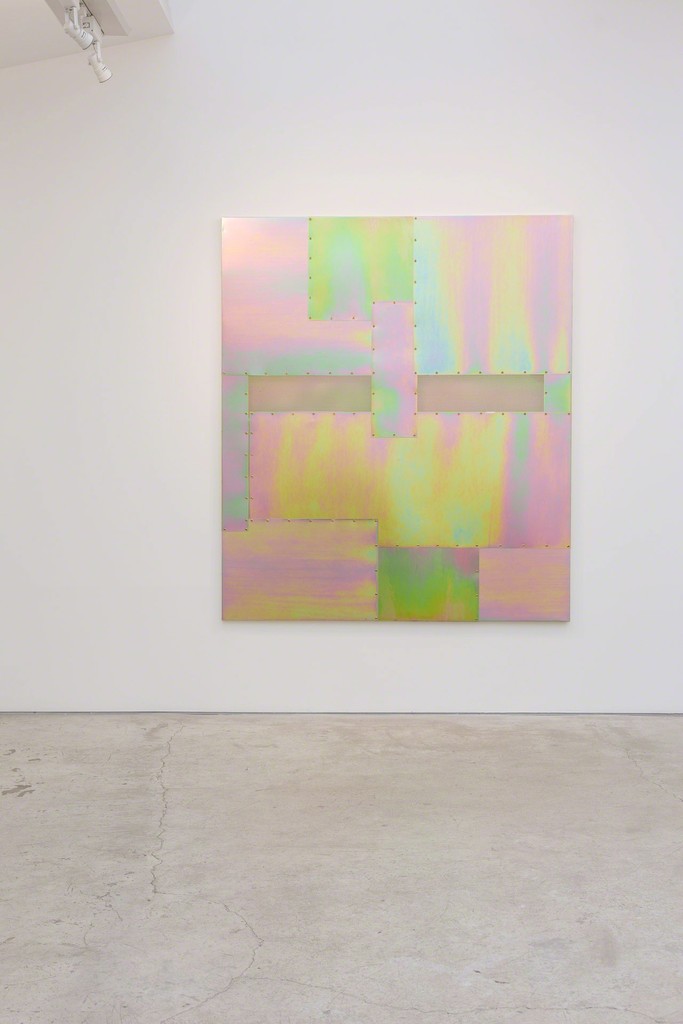 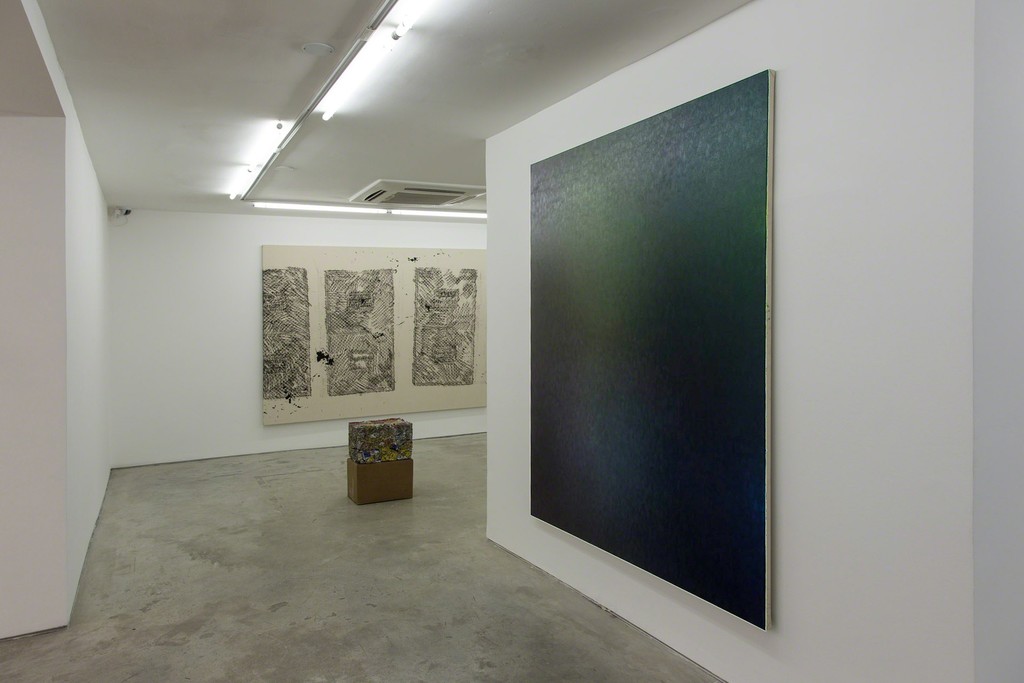 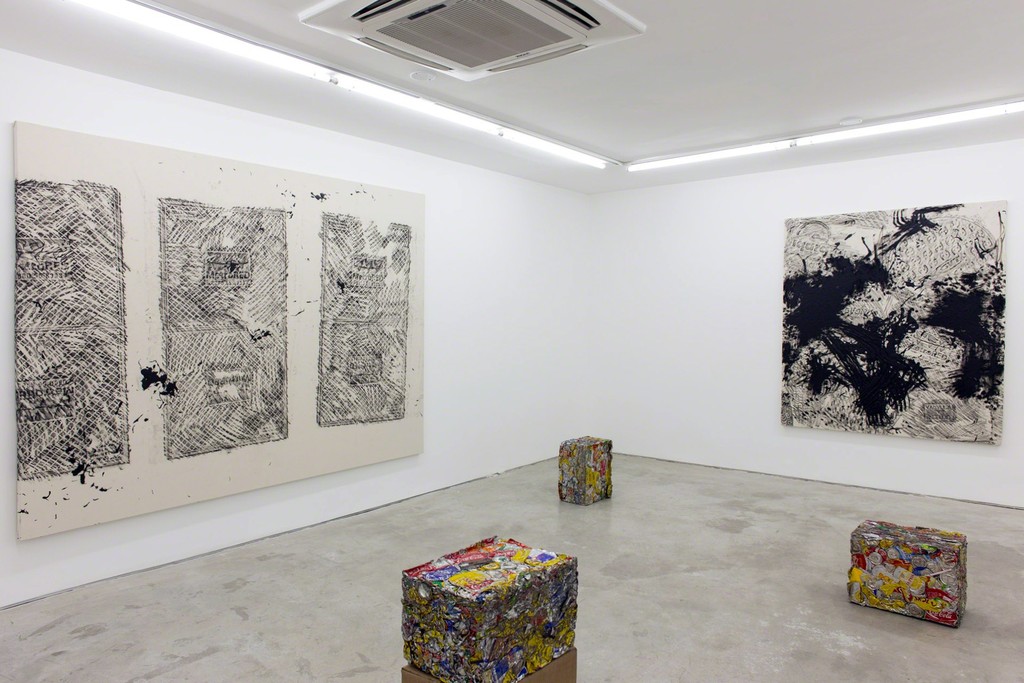 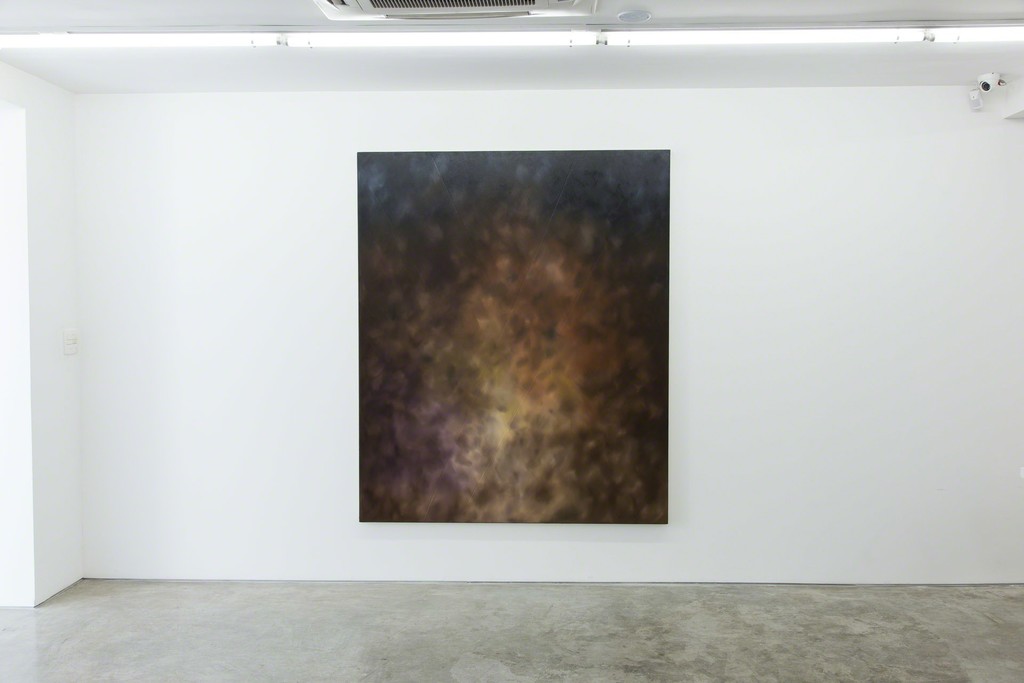 Frank Ammerlaan is a London-based prominent young visual artist born in Netherlands whose solo and group exhibitions have been featured in the past six years in many prestigious museums and galleries throughout European capitals such as Copenhagen, Brussels, Berlin and London as well as in New York and in other capitals worldwide.
In Ammerlaan’s work, the essence of the multiple is manifested in its continuous coexistence of mixed media, materials and processes such as sculpture, painting, photography and video together with synthetic and natural elements like oil paint, thread, steel and chemicals.
In the exhibit Outside the wireframe, produced during his recent artistic residency at the experimental centre of art PIVÔ, in the city of São Paulo, the artist’s permanent interest in the peripheral, the undistinguishable and in the unseen is contemplated.
Ammerlaan’s daily short walks to and from his temporary atelier located in the very centre of São Paulo turned into a deep journey in and out of the city's engine powered by anxiety and instability. Making use of ready-made objects such as recycled aluminium cans, glass, and PVC banner, in Outside the wireframe the artist calls up a wide range of elements both familiar and invisible to the Brazilian metropolis. A set of icons that goes from homeless pickers of recyclable aluminium cans of which some of the sculptures are made and that tell us about the inventive subsystems created under difficult economic circumstances. Through locksmith advertising banners in which the artist identify evidences of general anxiety over security. And even coal tar and manhole covers separating the world beneath our feet.
The series of images printed on extra safe wired glasses presents an unprecedented material in an exhibit of the artist, according to him “Working in a new context such as a residency activates new ideas, it makes you for example think differently about materials”. Permeated by ambiguity the series is made of an extra safety transparent material that aims to provide security while not actually hiding anything. It include images depicted by wireframe lines that grant them a certain aspect of pop art but at the same time an anonymous feature since it allows us to see shapes but no surfaces. Also, a powerful yet small object, the table flag, showing no emblem or ensign still can symbolize an idea of protection and defense of a certain territory or culture. As of the tridimensional human figure, its ghostly aspect is juxtaposed with an impressively detailed image.
The antithesis of emotional and rational approaches is profusely present in the artist’s paintings where the atmospheric and misty factors contrast with geometric precise patterns made of thread and embroidery. Possibly under the influence of his initial training in furniture making, as well due the constant practice of technical drawings, in Ammerlaan’s works lines are somehow privileged over volume.
In some of the Untitled paintings the binary concepts characteristic of Ammerlaan’s works can be more subtle than in others. When one looks at a painting standing at a certain distance from it the hazy and its atmospheric aspect stands out but once the inscription patterns become recognizable the painting simultaneously demands to be seen close by. Patterns and the threads, then, are ways to rationalize and to have a grip on the idea of the peripheral with property. Simultaneously the ethereal quality of the paintings contributes to a broader-level sorting operation of ideas and objects of the peripheral.
Outside the wireframe points out that the unseen, the peripheral and subtle can be found in situations and scenarios that transcend optical effects caused by an artwork. It clearly shows that the invisible exists, for instance, in the everyday routine of the inhabitants of metropolises such as São Paulo. Making use of tars materials and by tracing manhole covers found in the surrounding streets of his residency atelier, Ammerlaan highlights engraved patterns - some of them crossed patterns also common to his other works-, made by for example telecommunication companies to advertise. Usually unnoticed, those patterns and brand’s names serve as an indication of an almost imperceptible advertisement activity underneath our feet. An interesting consideration in face of the controversial advertising ban seeking to minimize the city’s visual pollution occurred in the past decade in São Paulo.
The exhibit Outside the wireframe is a unique opportunity to all who are familiar with the urban environment to observe a complex city such as São Paulo, in its multiple peripheral possibilities, through the corner of the subtle and sharp eyes of contemporary artist Frank Ammerlaan.