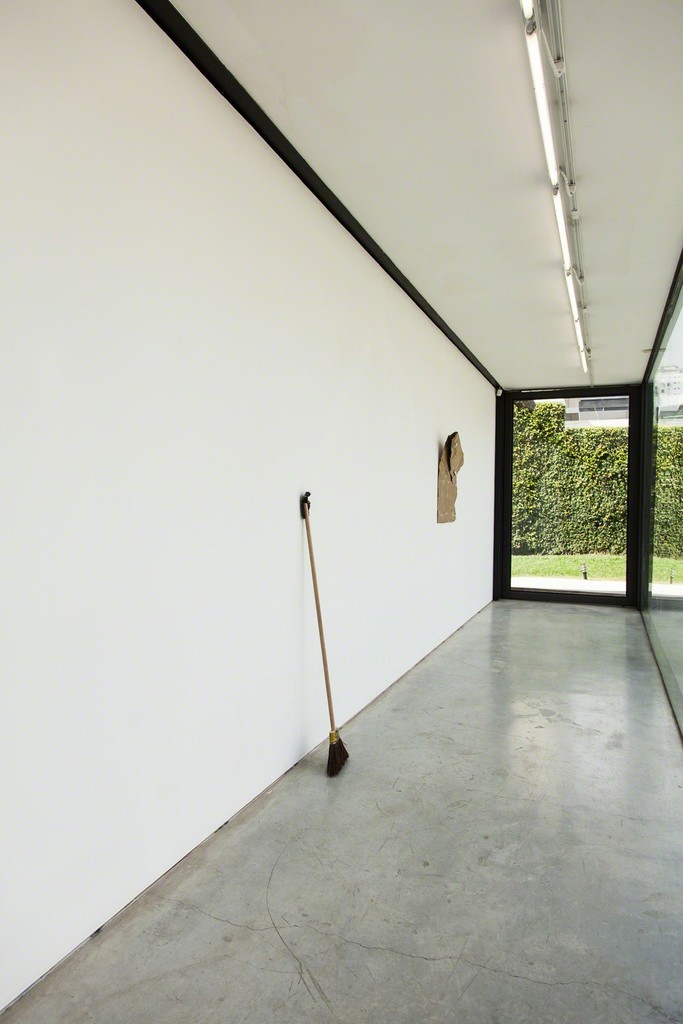 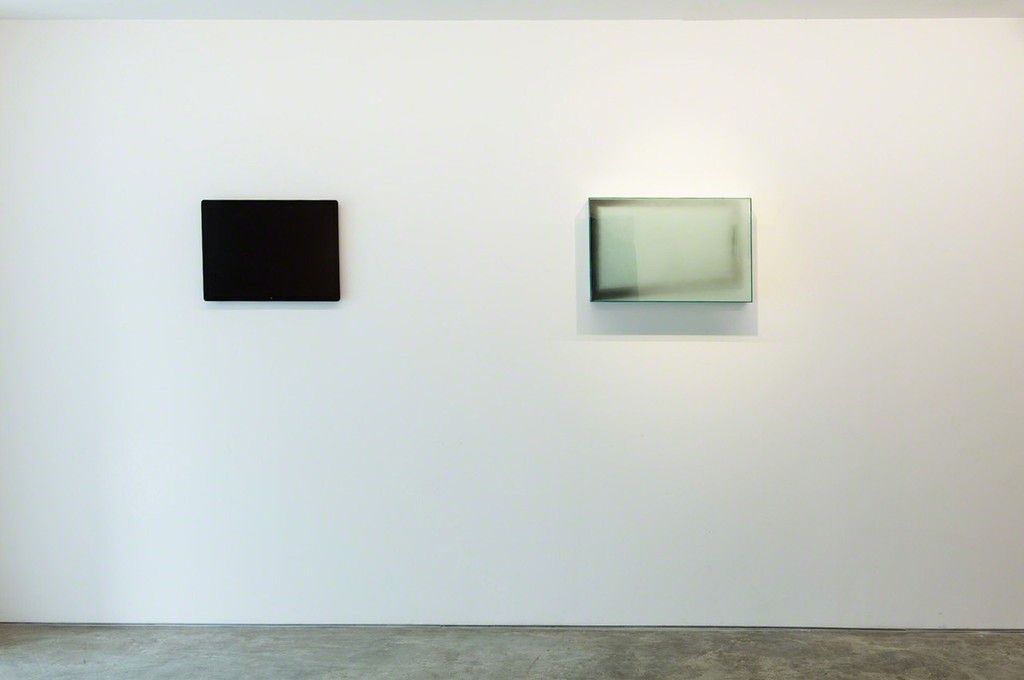 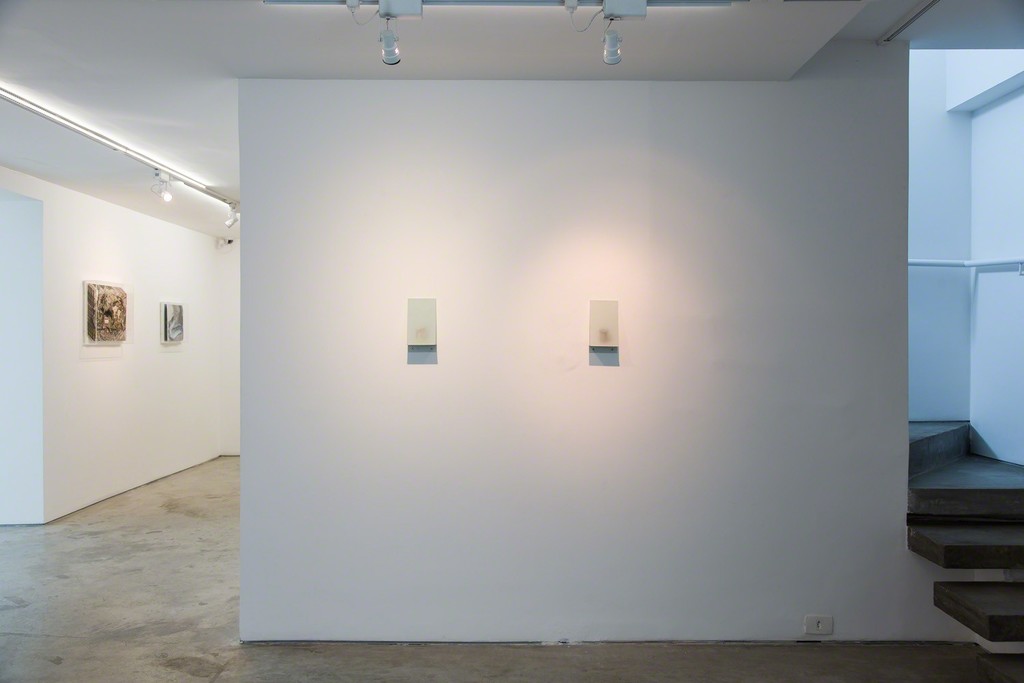 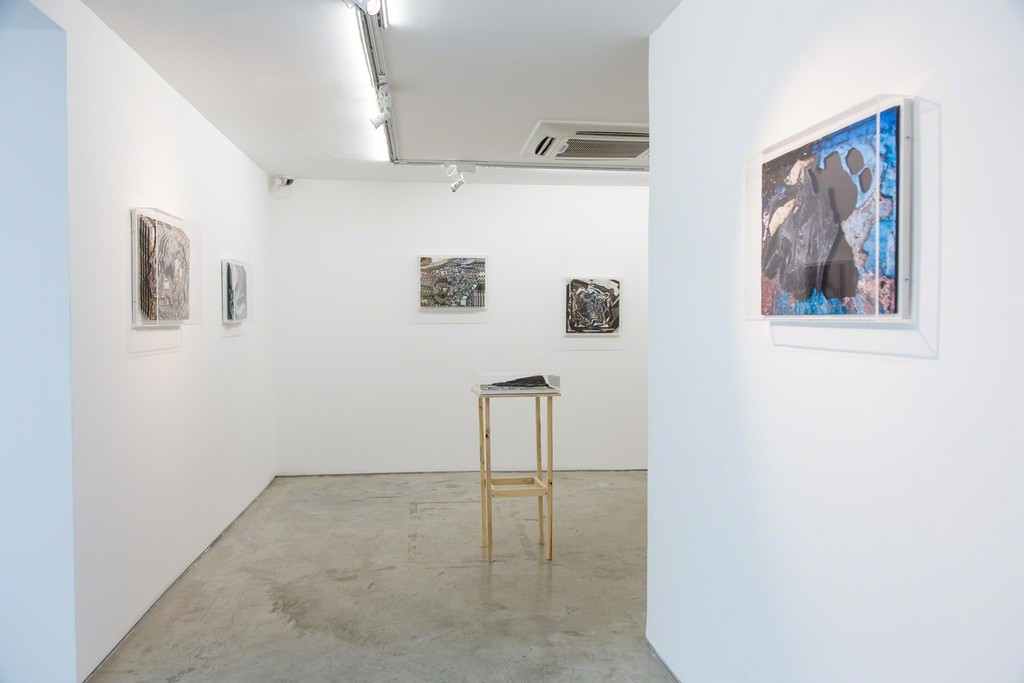 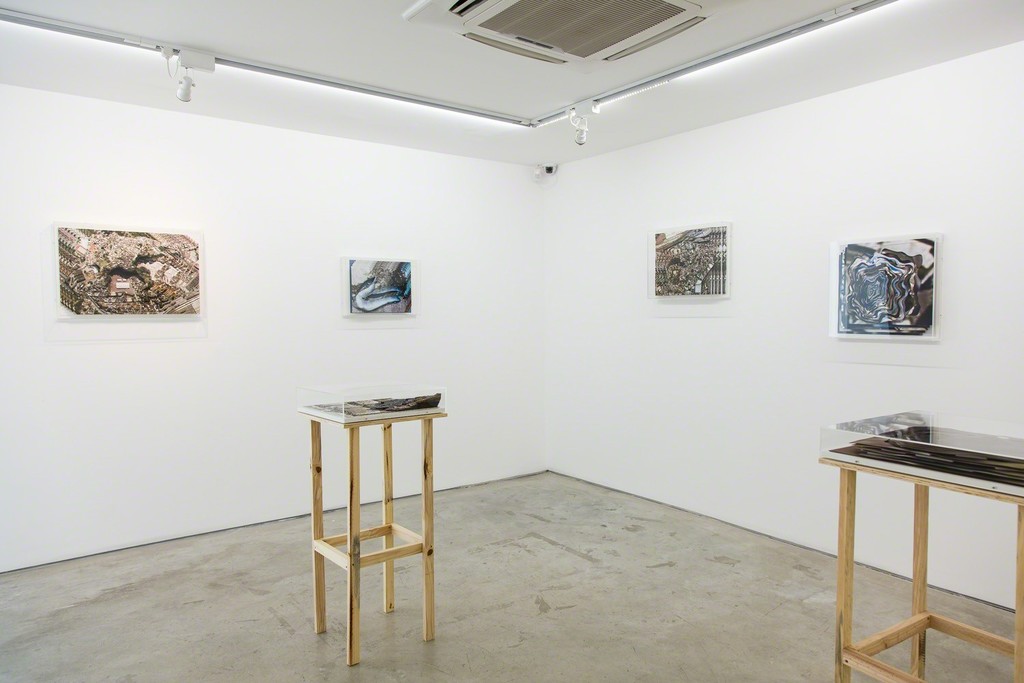 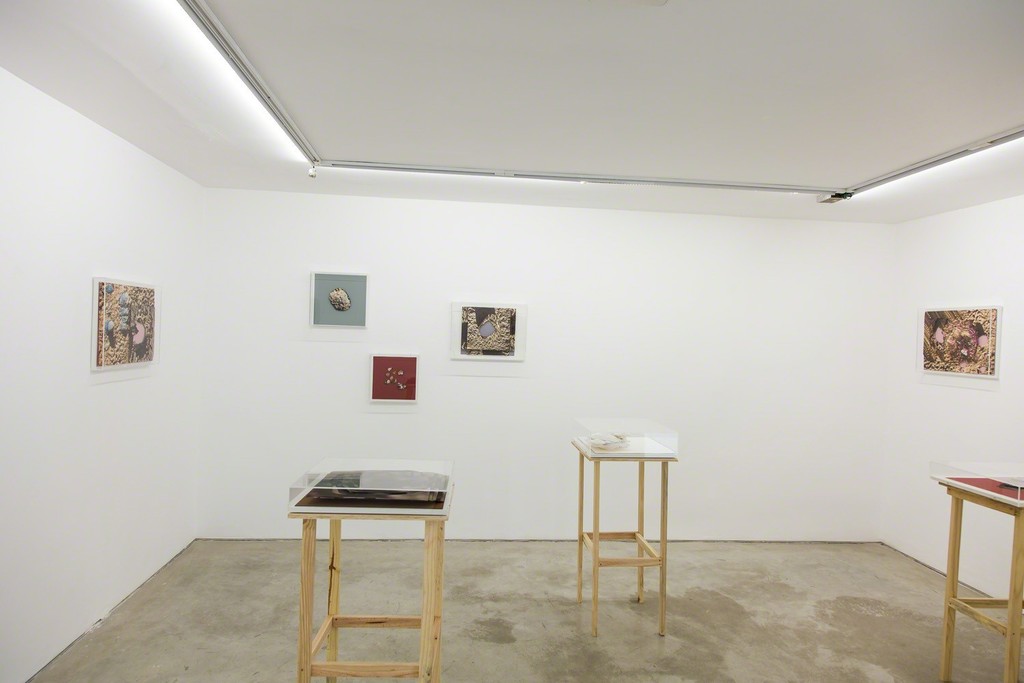 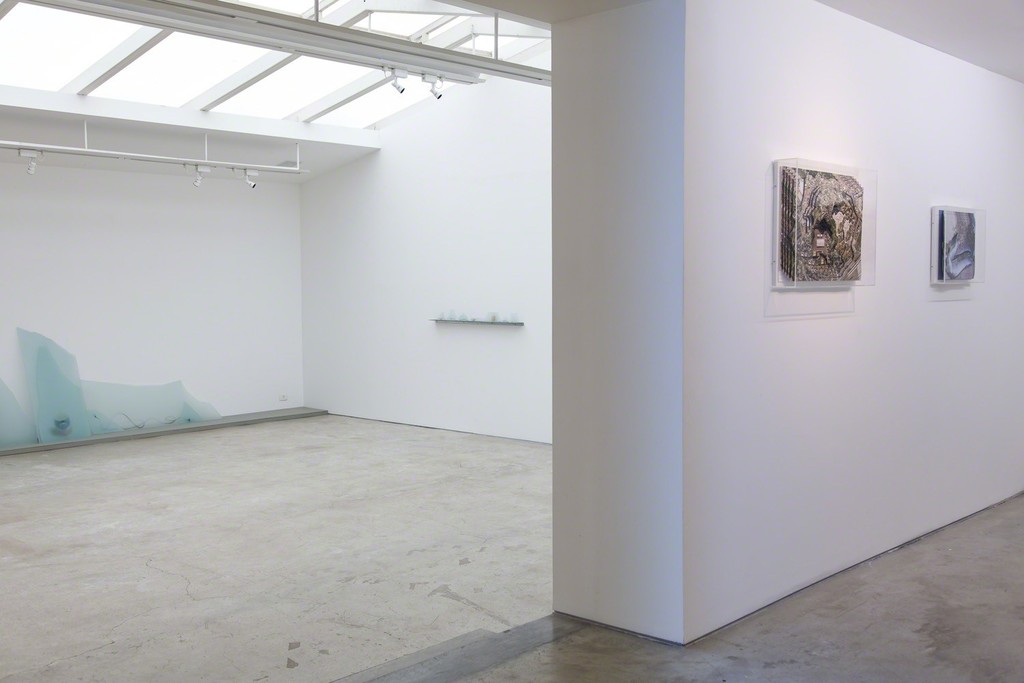 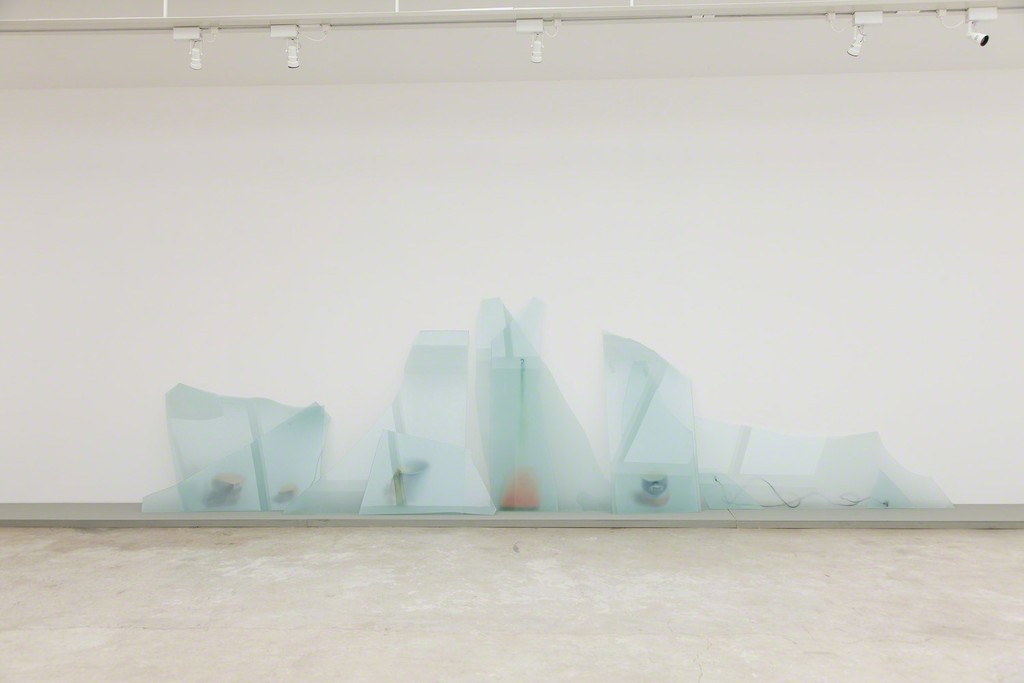 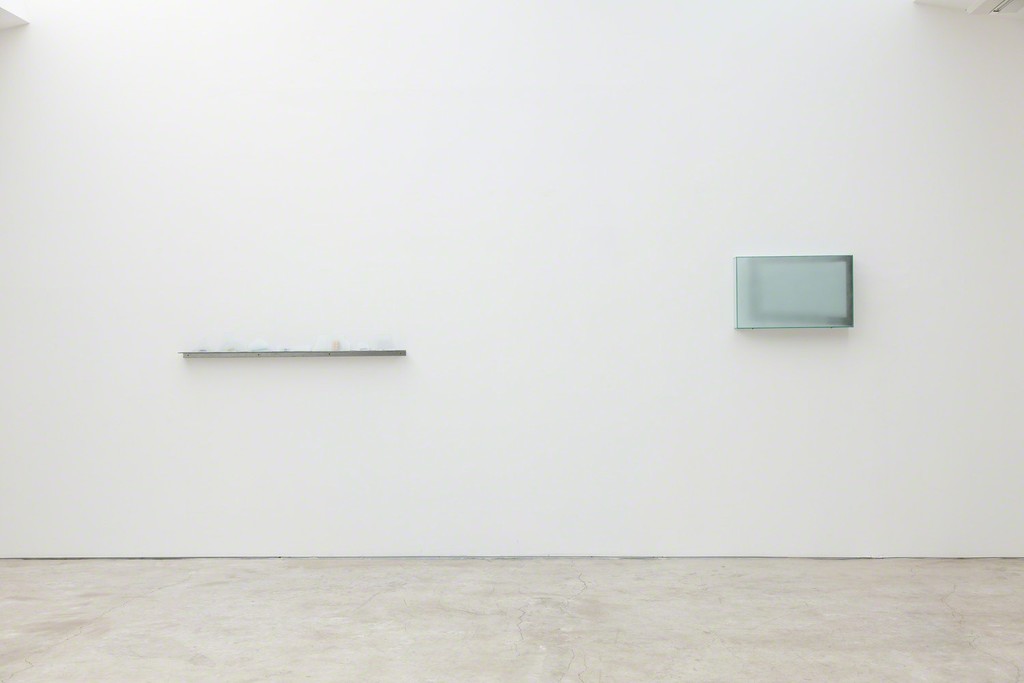 The works collection for this exhibition is composed by different media and materials but mainly the language that shows up is painting. It is specifically a technique with perspective tricks that creates an optical illusion, by which the viewer wonders about the quality of reality. Without a precise date for its origin, with remote appearances in ancient Greece and Rome, the trompe-l'oeil is rescued by Rodrigo Torres.
Sistema de desinformação geográfica (Geographic misinformation system, 2015) is perhaps the series of works that cause more noise for the talkative eyes, if it is compared to a regular painting. But you should notice that, beyond the illusory character of space and volume, the artist performs a process that we could compare to the landscape painting. By superimposing several images - captured by search engines or documented by the artist himself - of landscapes, rocks, mountains and the neighborhoods of Rio de Janeiro, and then paste them, cut them, almost like carving them, and finally applying light touches, Torres does not only create volume and texture to the “landscape painting”, but he also creates an optical experience that scrambles our vision by pointing the proportion and the height of those highs. For now, these seem higher than they actually are and sometimes reflect a topography that correspond, saved the rating scale, to the real world. The sequencing of the cuts in the material surface creates layers or waves that vary depending on the depth and location of the cut, what becomes its dynamics. Its reliefs, scales and dimensions vary between fiction and reality, always based on the way we experience this optical game. The artist can accomplish the passage from the plan to the space, but casting doubt on the topographical qualities of space.
The Esquecidos series (Forgotten, 2014) opens another direction in this constant dialogue of Rodrigo Torres with painting. Here the still life is called into question. Objects that are ordinary or that make the artist’s routine up in his studio are drawn with pastels and crayons on glass plates. Approaching the Renaissance sfumato technique and leading it to a radicalization, the artist constructs an object that remains in a gray area: it is not present in a complete form, because it is almost disappearing in the fog. You cannot notice the lines and edges of the drawing as there are smooth differences between shades. This series lead to the Entulho installation (Rubble, 2015), which is presented now for the first time. The drawings in glass of a paint can, a shovel, a glue can, bricks and an electrical extension cord are placed side by side. However, the glass plates that serve as support for the drawings are broken and part of them were put in front of the works, creating an illusion of depth and virtuality that is connected to the “geographical misinformation system”. Laughter occurs in the encounter with these works because Torres desacralizes specific and therefore historical conditions of painting. Far from being naive, the artist does not create tricks or an easy production model; he reflects on the contemporary state of painting. Saved their specificities, there are similarities to Jeff Koons’ Balloon Dogs (1994-2000) or any of its banal objects that seem to be made from a flexible material but are actually produced in steel. The biggest difference between the two artists is that laughter caused by Koons is for disappointment, and by Torres it is celebratory.
Still in the field of research on the history of painting, Amador (Amateur, 2014) reflects on the camouflage, concept also present in Torres’ artwork. A piece of cardboard used for warnings is bent and the stickers that sustain it are apparent. Pure fiction. It is an aluminum foil. Once again, there is the prospect of illusion as a starting point for his work. Through a dialogue with Pop Art and the neo-dadaists, especially Robert Rauschenberg’s Combine paintings (c. 1953-61), Torres expands the crisis of representation in painting. In the Combines, all sort of materials (steel, wood, aluminum, oil paint, paint can, sand, cardboard and even a stuffed goat), many found in the streets, was used on the screen, making us ask what could be qualified as color, shape, volume and texture, broadening the discussion on painting for a technique that also is made in space. Torres persists in this means experiment research that can be mistaken as an “avant-garde tradition” because the postwar production constantly encountered the problem of articulating the ordinary world, the daily life, in short, life, to the art phenomenon. I bring to this discussion not only Amador, but also the series Qualquer lixo (Any garbage, 2014) and Widescreen (2015), because all of them deal with qualities of contemporary painting: they are works permeated with errors, inaccuracies and falsehoods, since we mistake them with the most banal objects and have doubts on what is before us. Widescreen has another feature due to the fact its format similar to a plasma screen can also be associated with a Renaissance window, another reference to painting. Therefore, these works appear as puzzles, problems, and they are actions that spread the painting through space, reveal its illusory quality and ultimately its ability to be a constant renewal.