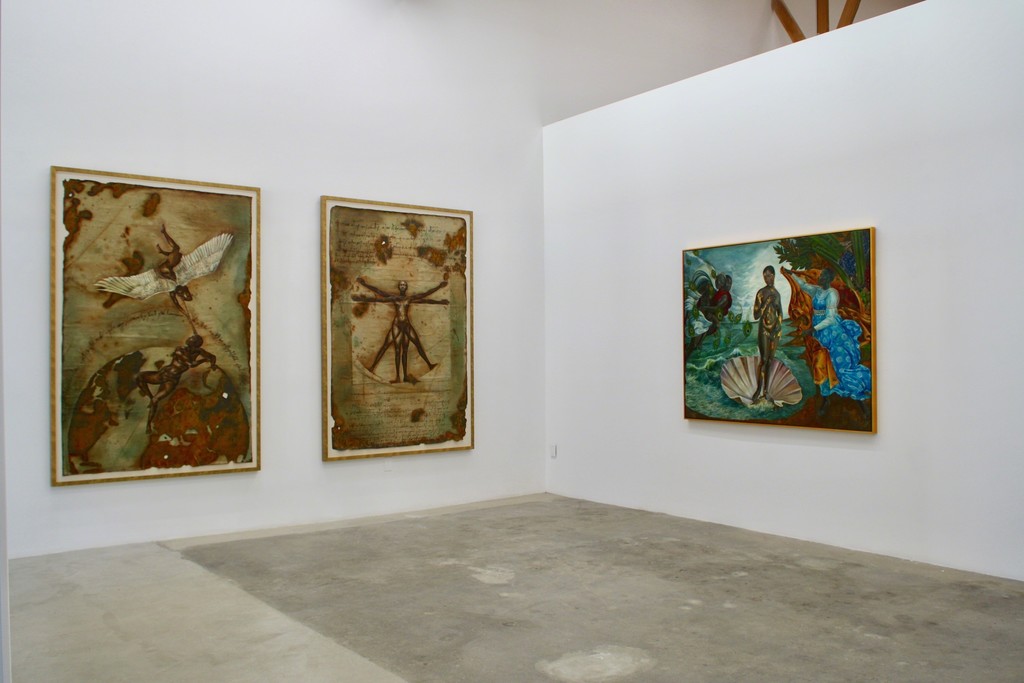 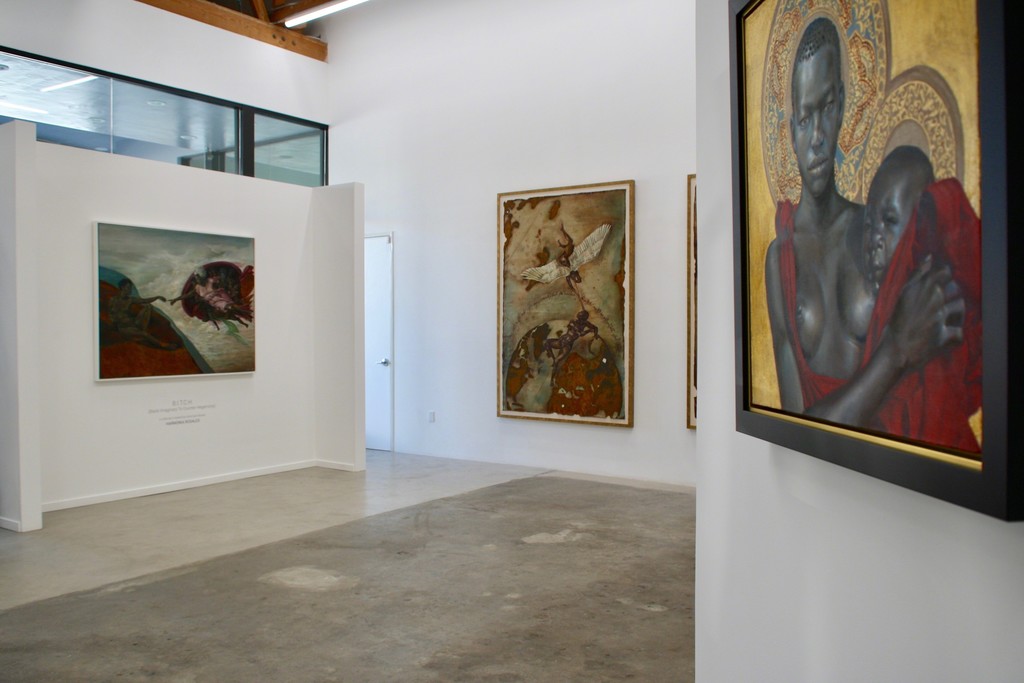 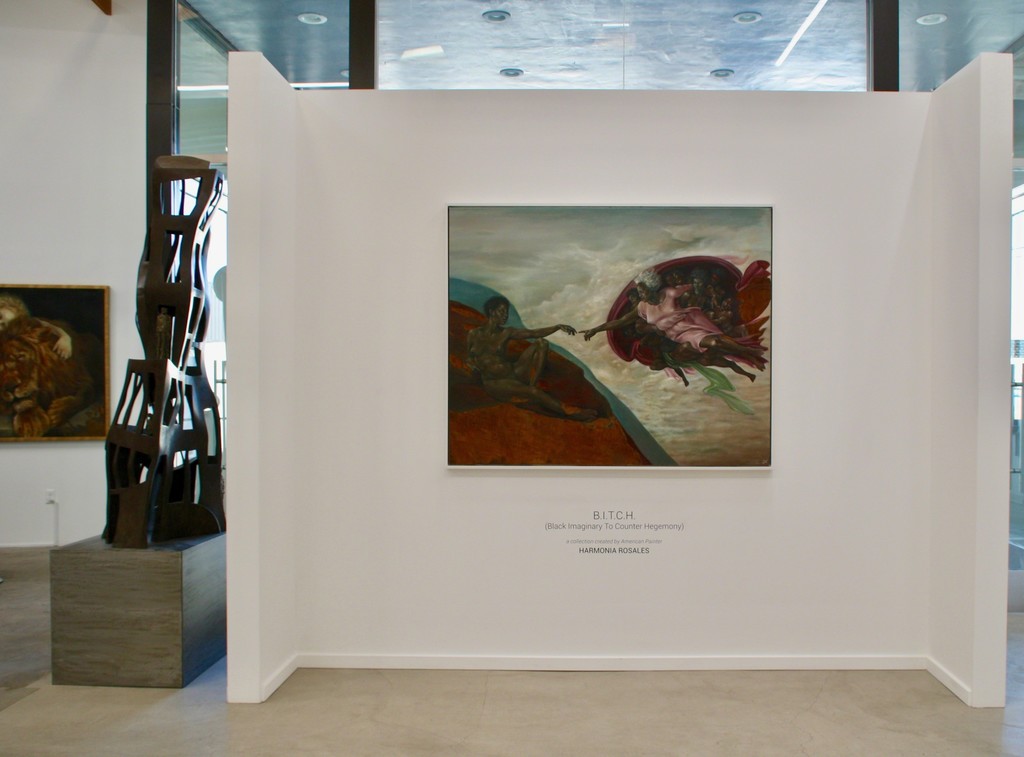 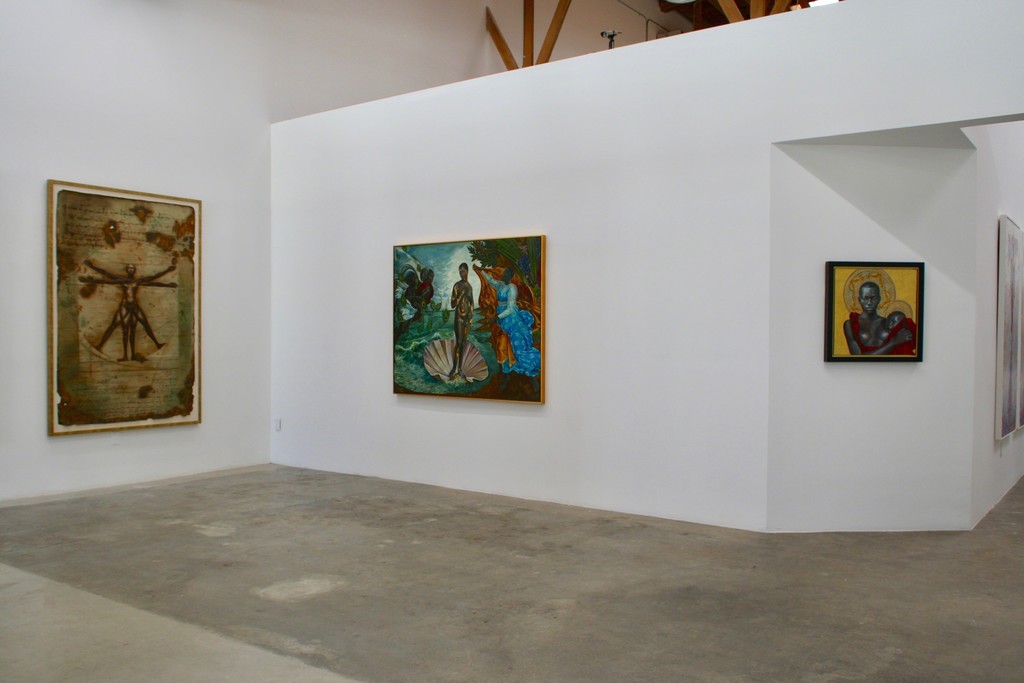 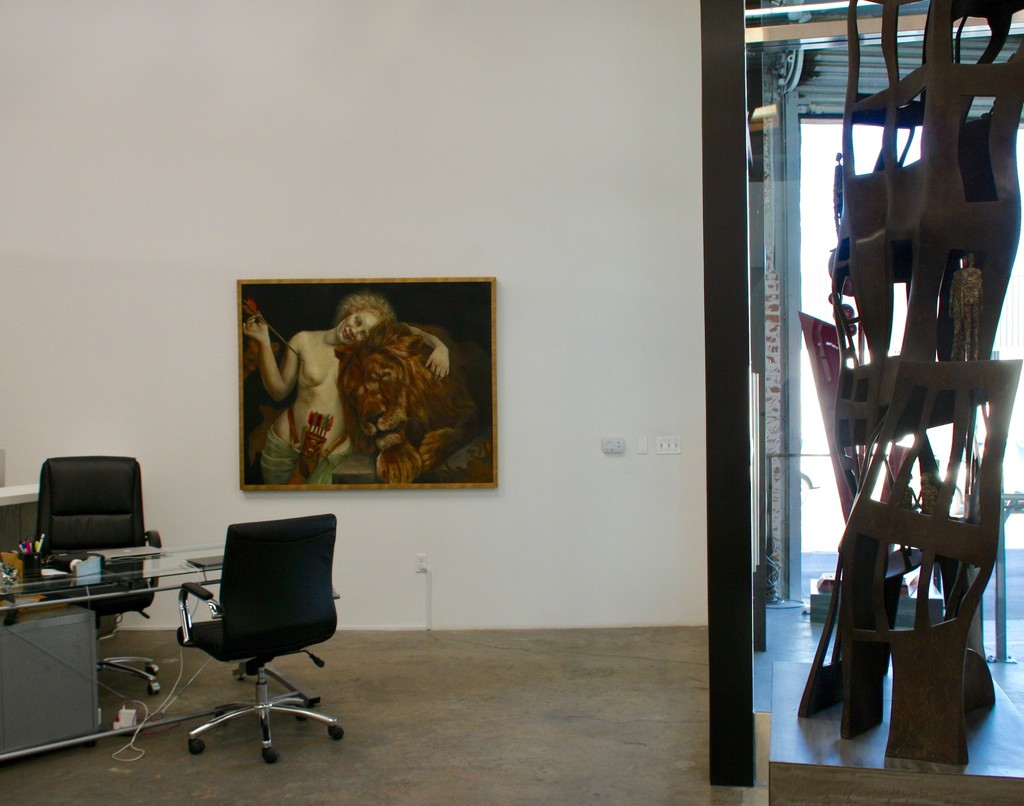 SIMARD BILODEAU CONTEMPORARY
1923 S. Santa Fe Avenue, Suite 100, Los Angeles, CA 90021
August 15, 2017 | Los Angeles, CA – Michelangelo, Da Vinci and Rembrandt are recognized as some of the greatest oil painters of all time, and many of their works have become synonymous with Christian history. Unsurprisingly, their works depict people who look like them, with white men being used to represent everything from angels to God itself. “We are all created in God’s image,” painter Harmonia Rosales decided to remind us. The 33 year old Chicago-based artist re-imagined Michelangelo’s “The Creation of Adam,” this time featuring both God and Adam as black women. When she revealed her work on Instagram in May, it took the social media world by storm, generating over 10,000 likes and nearly 1,000 comments, not to mention write-ups in BuzzFeed, BET.com, The NY Post, Afro Punk and The Huffington Post, to name a few. Stars like Samuel L. Jackson, Willow Smith, Erykah Badu and SwizzBeats also took notice, and collectors include Amar'e Stoudemire and Steven Bennett (who features her work in "The Bennett Collection of Women Realists”).

Now Rosales is unveiling more paintings in her first solo art exhibit at Simard Bilodeau Contemporary in downtown Los Angeles, opening September 17, 2017, with an opening reception from 12pm - 6pm. There will be a VIP reception on September 16, 2017 from 4pm - 8pm. Black Imaginary to Counter Hegemony (B.I.T.C.H.) will feature seven of Rosales’ new masterful paintings exploring this theme, including her now sold “The Creation of God.” The exhibit will be on view until October 15.

"Replacing the white male figures (the most represented) with people I believe have been the least represented can begin to recondition our minds to accept new concepts of human value,” says Rosales. "I wanted to take a significant painting, a widely recognized painting that subconsciously or consciously conditions us to see white male figures as powerful and authoritative and flip the script, establish a counter narrative. White figures are a staple in classic art featured in major museums. They are the 'masters' of the masterpieces. Why should that continue?"

“By re-working these very famous historical paintings that features white men, she empowers herself (and other women of color) from a historical perspective,” says gallery director and co-owner Eve-Marie Bilodeau. “The response to her work online has been overwhelming, and we are excited to continue the conversation this has started in a gallery setting.”

“I am by far no artistic scholar, but as an appreciative, yet analytical spectator of all spectrums of art, as well as being a painter, it's rare that I find myself truly engrossed in the work of the many great artists whose work we are privileged to experience,” says actor Aldis Hodge. “However, to my surprise, Harmonia's pieces equally impressed and inspired me instantly. Her technique captures souls in ways synonymous to the old masters. You don't have to search to find the spirit of her subjects—it's simply evident. Just look in their eyes. I would say that she's this generation's Michelangelo, however I think her work is incomparable. Being able to root such fine classic technique deeply into today's current cultural DNA is not easy, but she does so with ease. And her natural gifts that she's honed are nothing short of awe-inspiring, often-times painting subjects from her head with no outline or starting point.”

Black Imaginary to Counter Hegemony (B.I.T.C.H.) will be on view at Simard Bilodeau Contemporary from September 17 to October 15. The gallery is located at 1923 S. Santa Fe Avenue, Suite 100, Los Angeles, CA 90021.