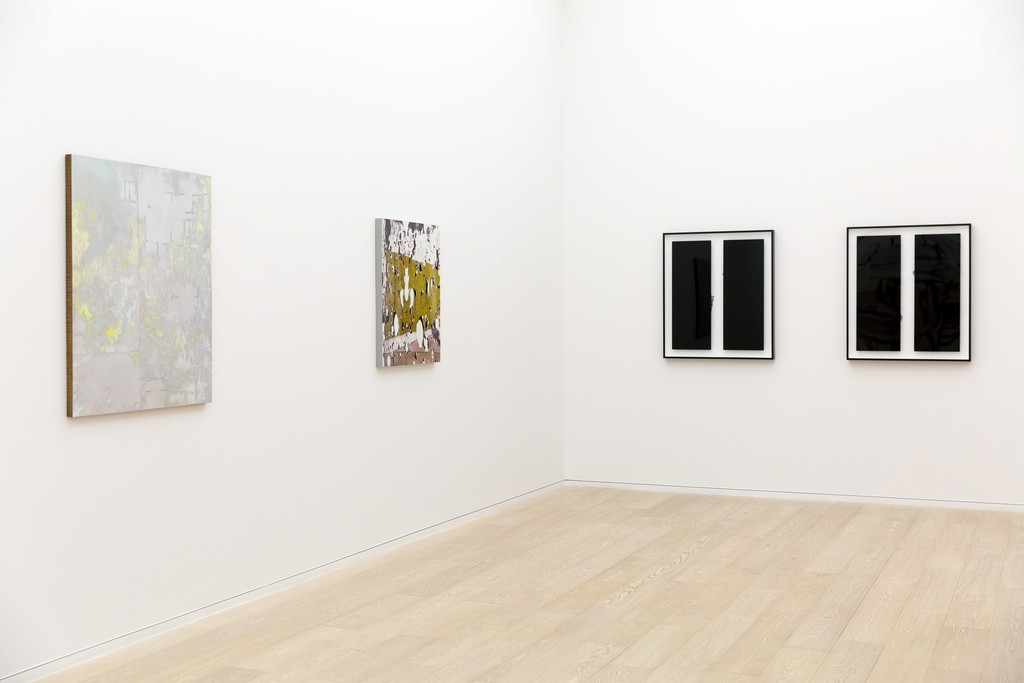 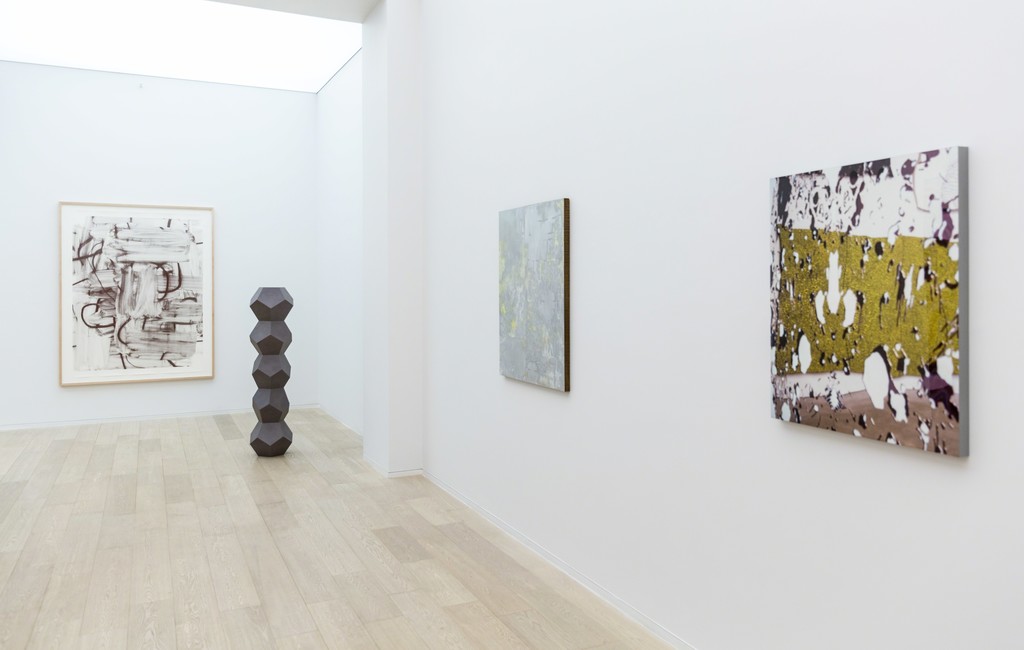 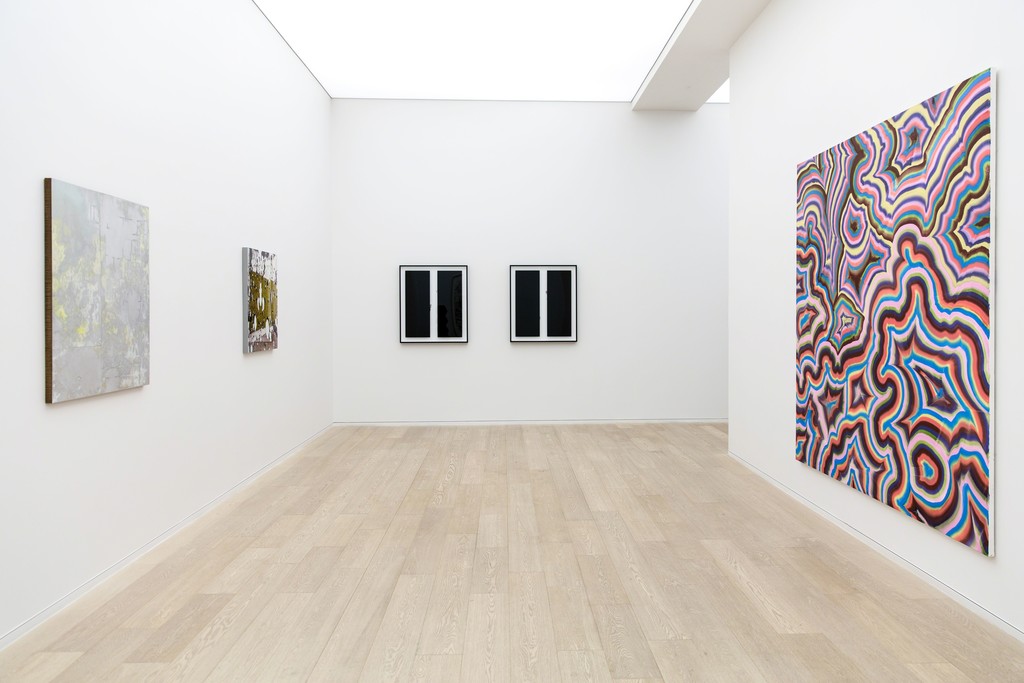 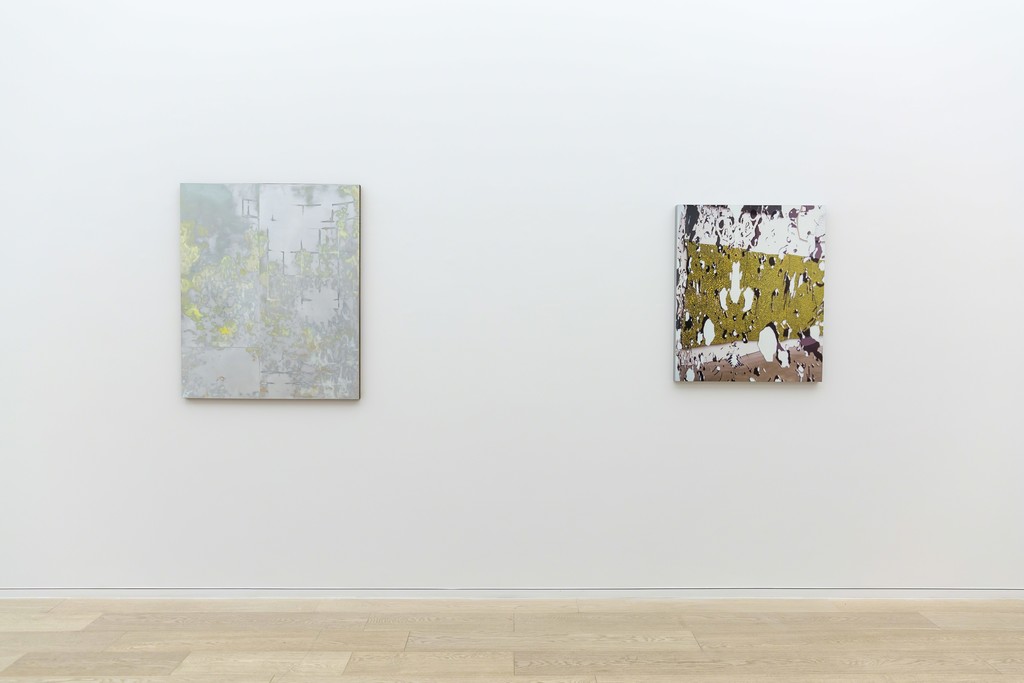 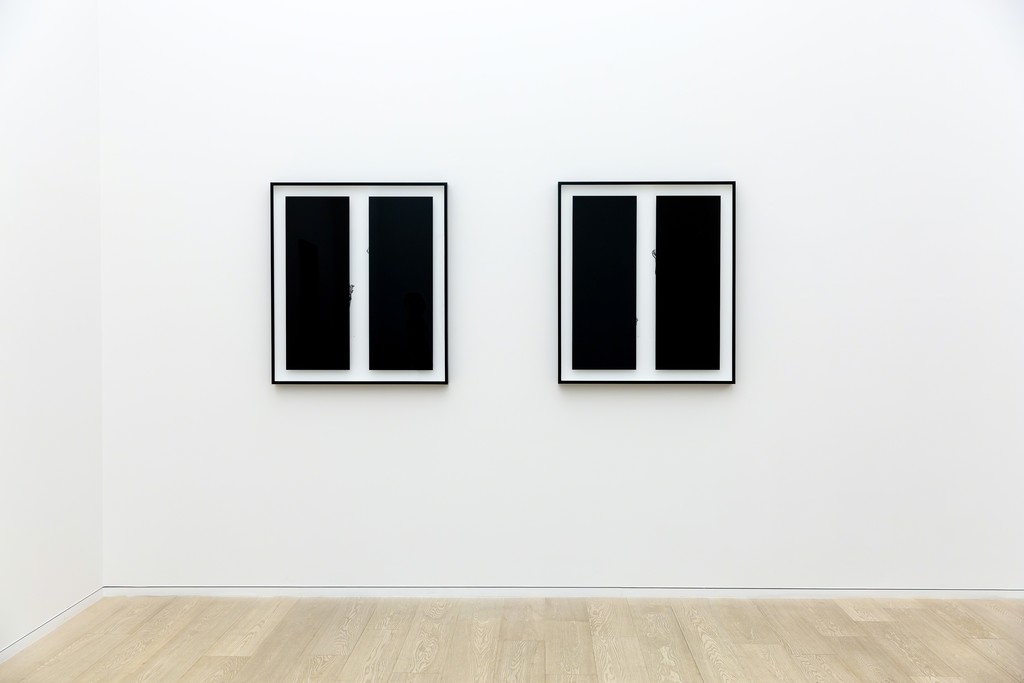 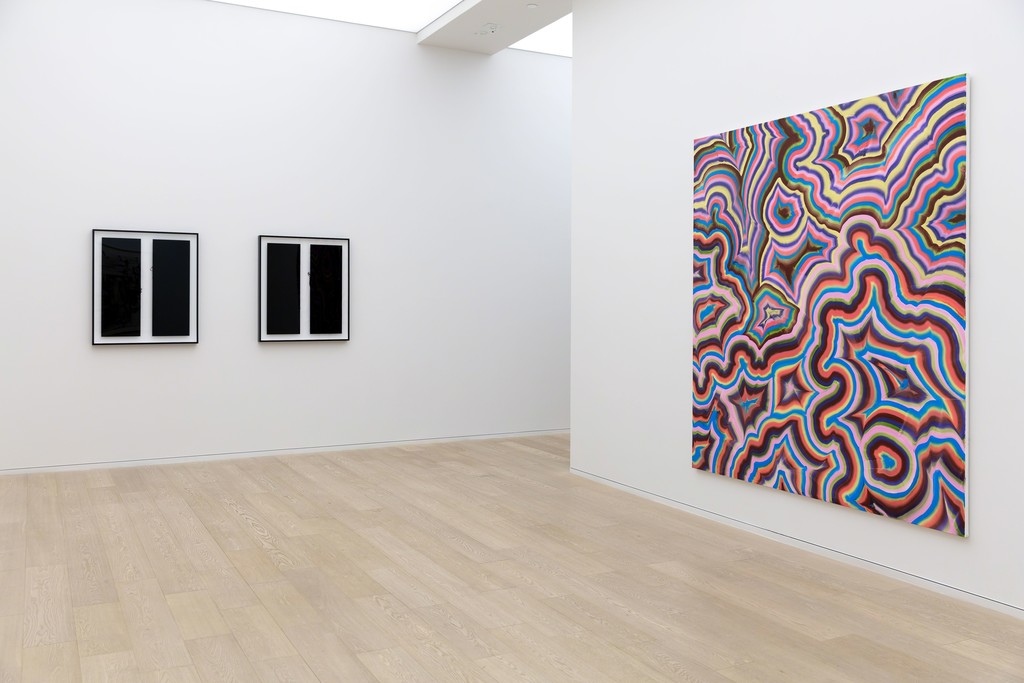 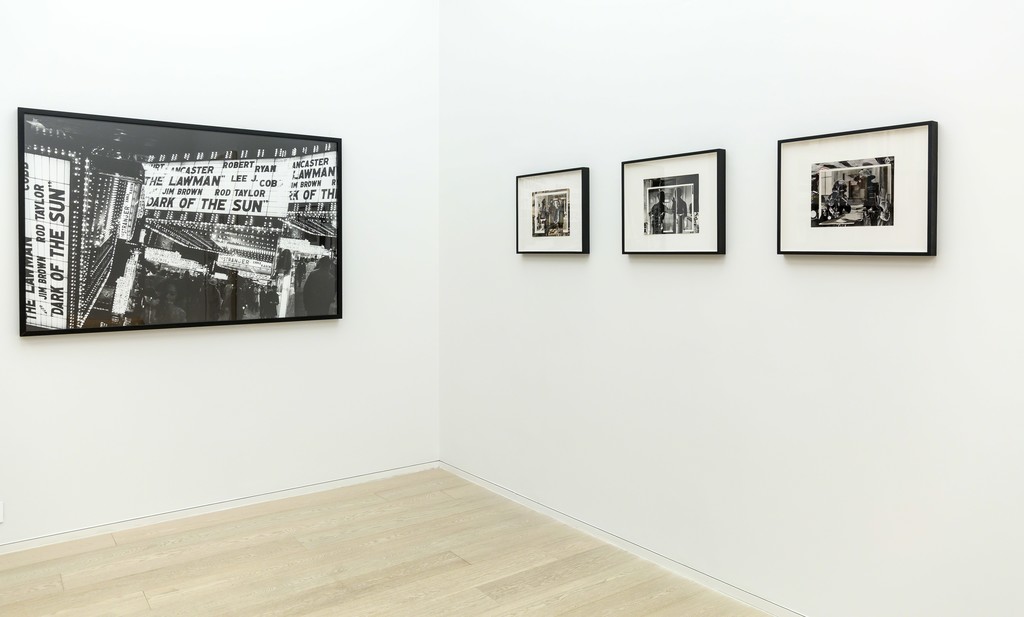 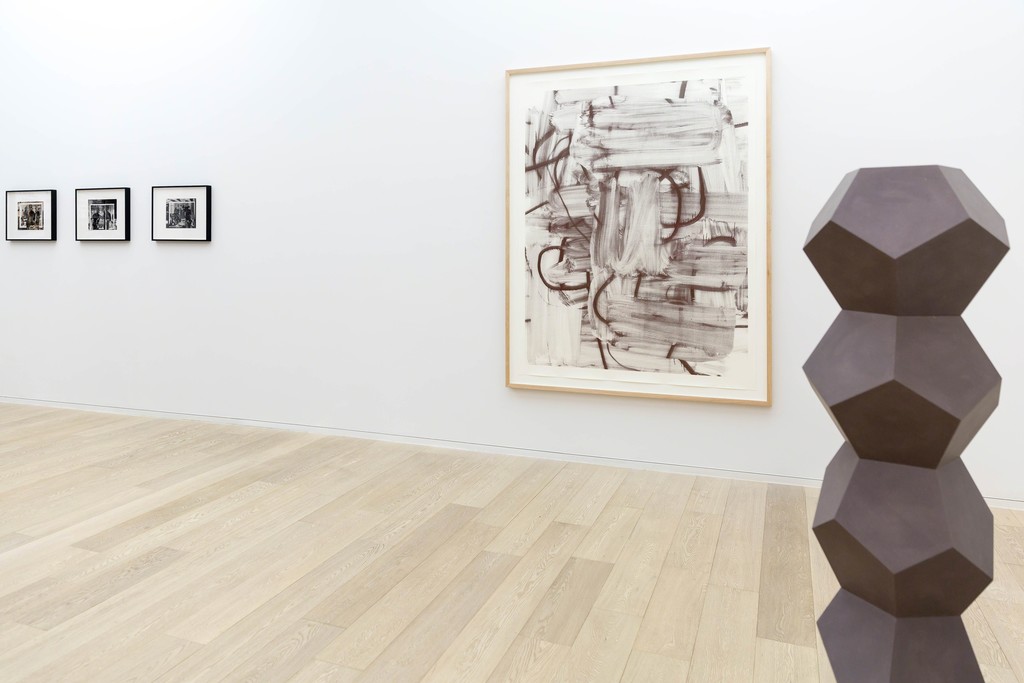 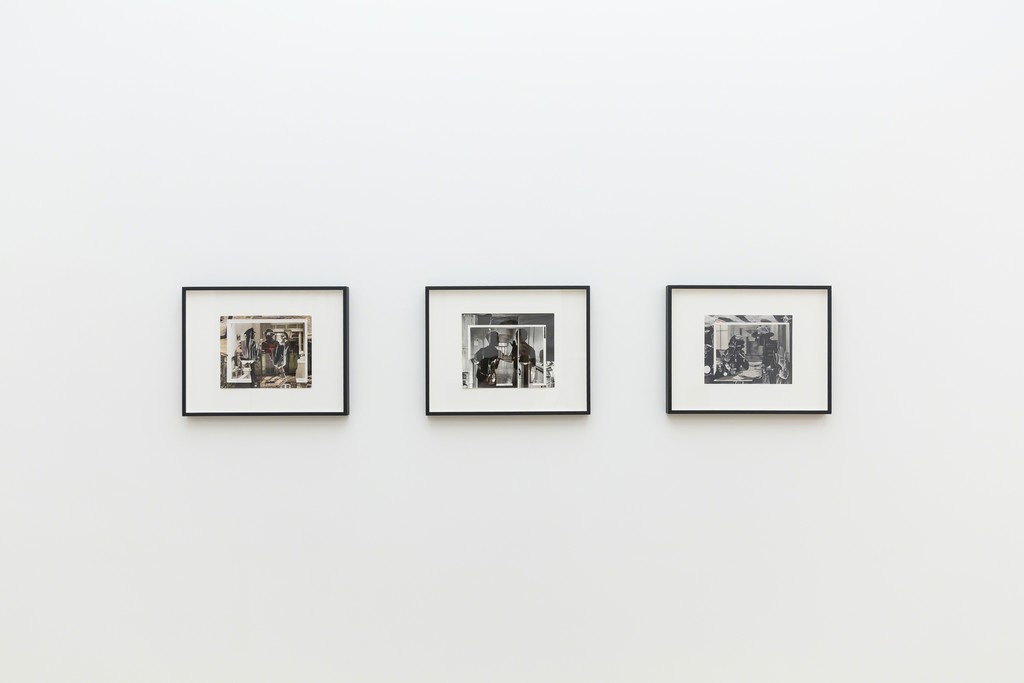 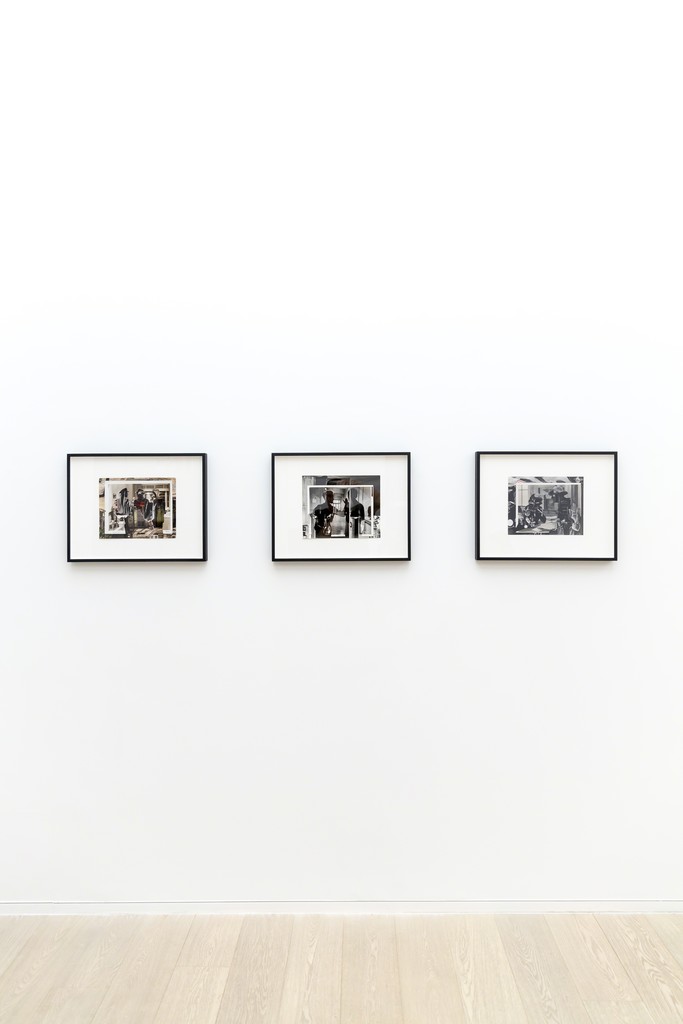 Simon Lee Gallery Hong Kong is proud to present Fractured a selected group exhibition exploring one of modernism’s most characteristic formal strategies, the fracturing of the picture plane. Just as the Renaissance development of perspective yielded the possibility of the representation of three dimensional space in a two dimensional plane, so the modernist device of splitting the picture plane by means of formal fault lines suggested the simultaneous presentation of multiple viewpoints, and opened the door to abstraction.

One hundred years after Picasso and Braque used this device for the first time as a central ingredient of the new syntax of Cubism, its significance and the range of uses to which it is put by contemporary artists is immense. This exhibition, including work by artists from the gallery alongside invited artists will explore some of those strategies. It focuses particularly on the point of slippage between figuration and abstraction, placing figurative compositions which use the strategy of a fractured picture plane alongside works which employ it as a tool in the development of a formal language in a completely abstract context. Other works further expand the field of a fractured image, in each artist’s use of a language which exploits the oscillation and ambiguity between the figurative and the abstract and between image and sculptural object.

Bernard Frize’s interests in theory, process and formalism are communicated through his painting formulations. Part of a series that re-visits a labyrinthine painting made in 1986 on the ceiling of the Musée d’art Moderne de la Ville de Paris, Frize’s circling patterns of inversed and reversed spectral colours is governed by his tools, materials and particular handling of the paint.

Christopher Wool’s work places emphasis on elements of painting and erasure, gesture and removal, depth and flatness. By silk screening painterly gestures, Wool uses industrial procedures and techniques made available by mass production in combination with painting itself to play with the ideas and techniques of reproduction. Repetition and layering, recurring motifs and the reproduction of errors suggests the breakdown of a structure that once existed.

A key figure in the last four decades in the developments of Conceptual art and Appropriation to the re-emergence of collage, John Stezaker creates a tension of opposites in surreal disunites and intuitive arrangements of line and form. The Double Shadow series transforms photographs through alterations, deletions, inversions and juxtapositions, resulting in images with an unsettling allure.

In his innovative, highly personal and unvarnished depictions of urban life, Daido Moriyama redefined the medium of photography while chronicling the social and political turmoil of post-war Japan. His rough, blurred aesthetic experiments with light, shade and abstraction while allowing for photographic chance.

Manifesting an interest in the creative territory between mathematics, science and aesthetics, Angela Bulloch’s latest sculptures are stacked columns of polyhedra, formed in steel, corian or MDF. The sculptures are conceived using a digital imaging program, with a stylized geometry referencing futurism, minimalism and technology. The flat planes and angles of each sculpture appear to animate as one moves around them, a playful optical effect that belies a complexity; the sculptures are generated by perfect equations, their flattening out into patterned surface points toward their origins as endlessly replicable simulations of depth and volume.

In Toby Ziegler’s practice source images of Old Master paintings undergo a process of digital manipulation and physical dissolution. Exploring the relationship between control and abandon, once the image is intricately built-up to full completion, Ziegler starts removing the paint again, grinding it off with an electric sander to reveal the metal beneath. The work simultaneously builds up and strips back shimmering layers of paint on a scarred and polished aluminium ground, creating a work that hovers between abstraction and figuration.

Kathryn Andrews’s works expose and deconstruct the excesses of capitalism, drawing on pop art and minimalism, and manipulating visual vocabulary from popular culture, such as movies, television, and stock photography archives. Andrews creates narratives that re-contextualize contemporary spectacles from politics to the contemporary art market, inviting us to recognize our attachment to illusions.

Eyeing the system of art and its institutions, Louise Lawler’s camera registers the incidental, undermining the economy of attention and dislocating hierarchies. Her disparate arrangements on a single plane are a movement of disconnections and variations that bring forward what is hidden. Lawler questions how we subscribe to traditional modes of production and places of functioning through suggestive relationships, poetic ambiguities and fractured harmonies.