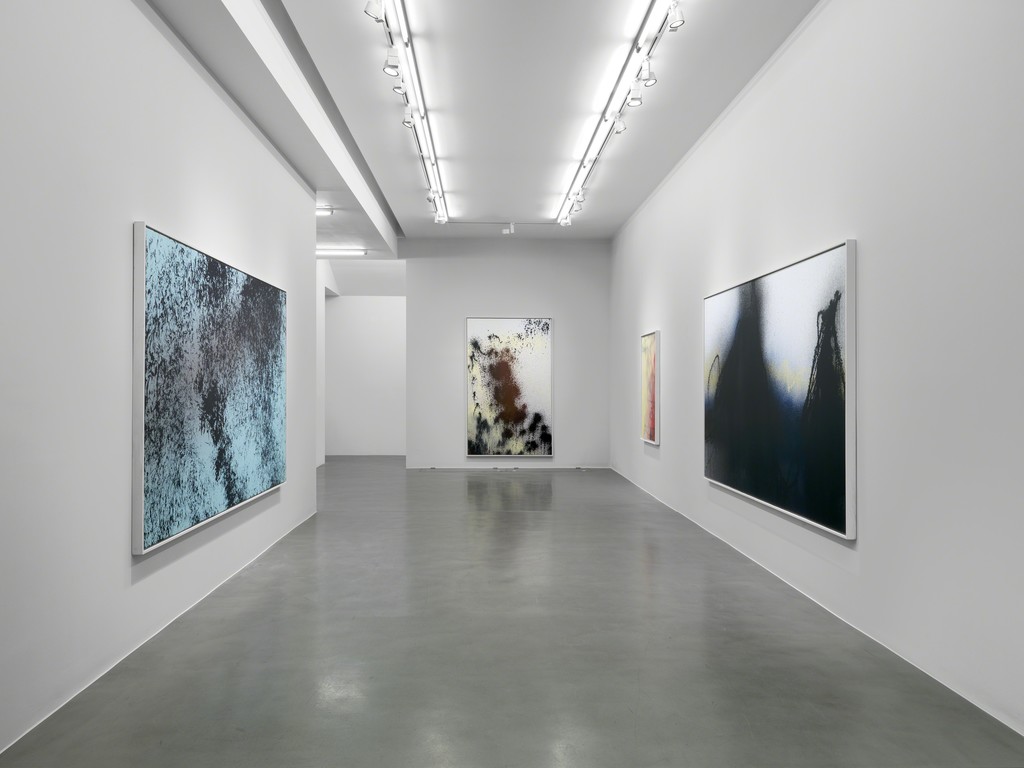 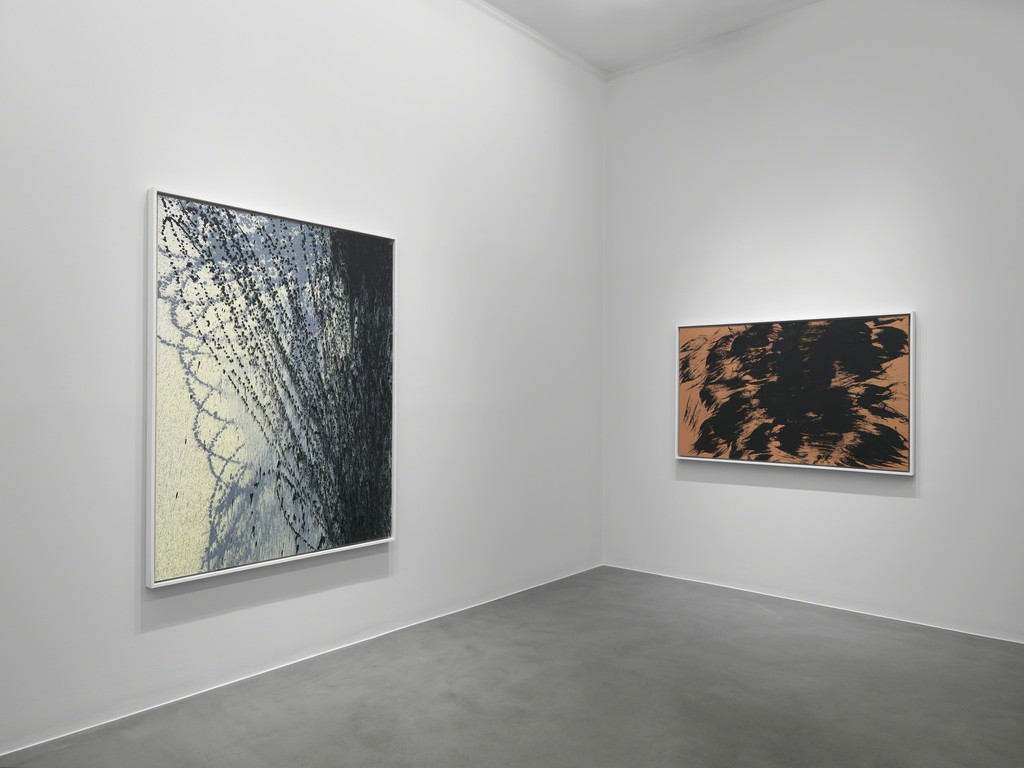 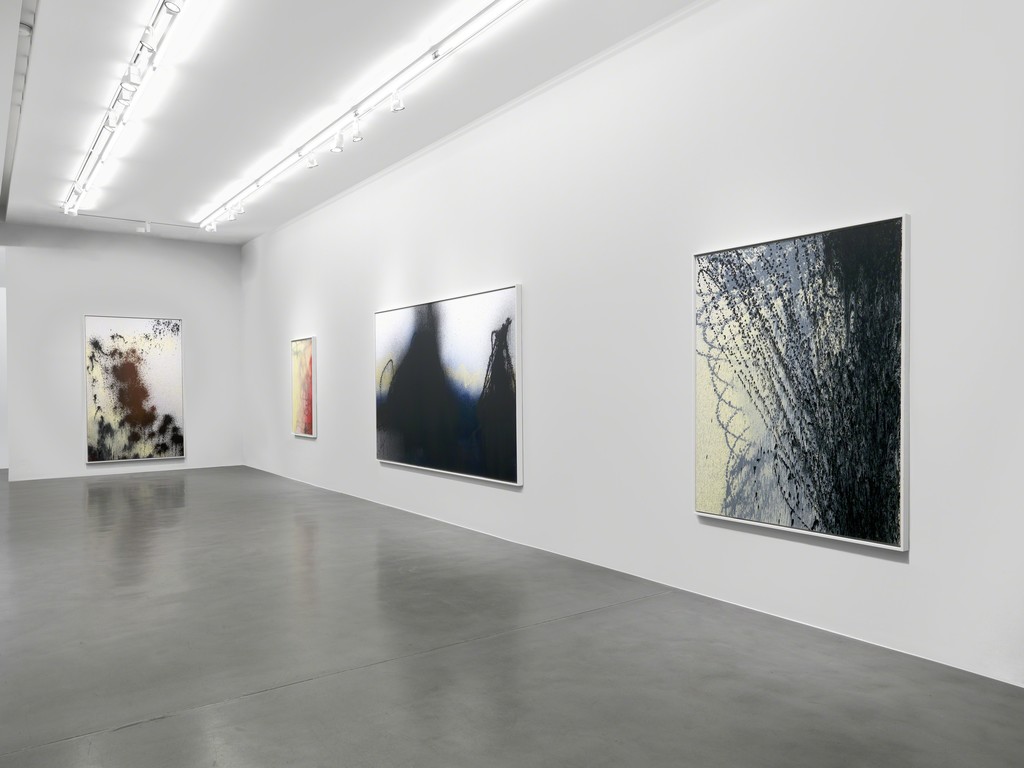 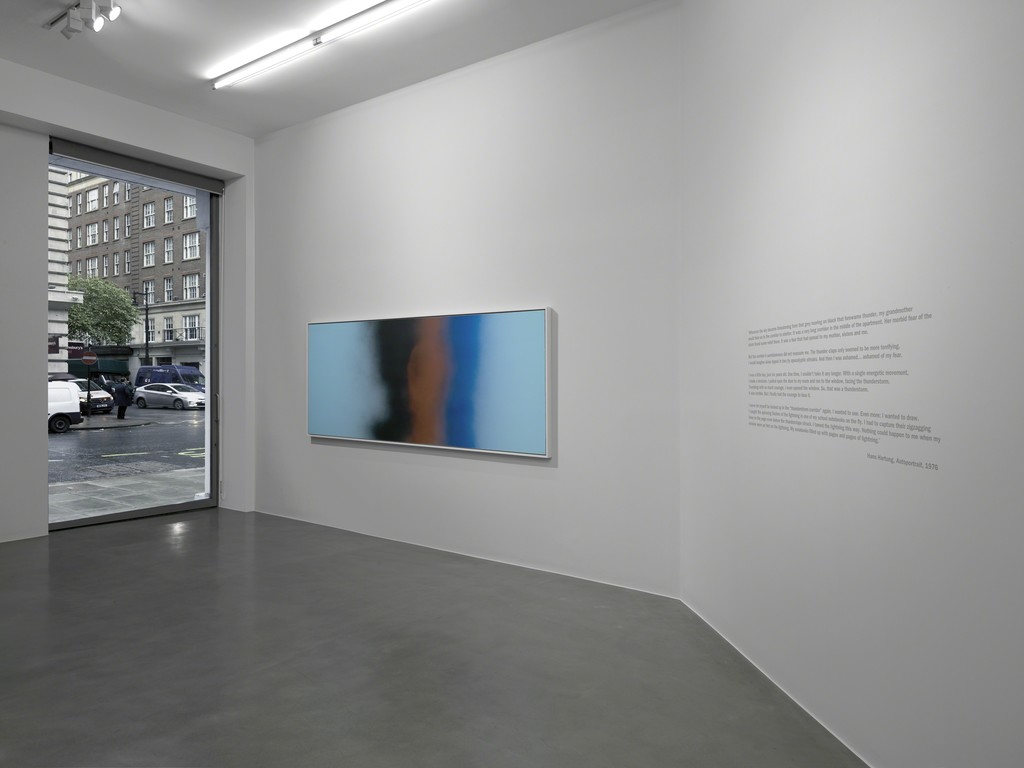 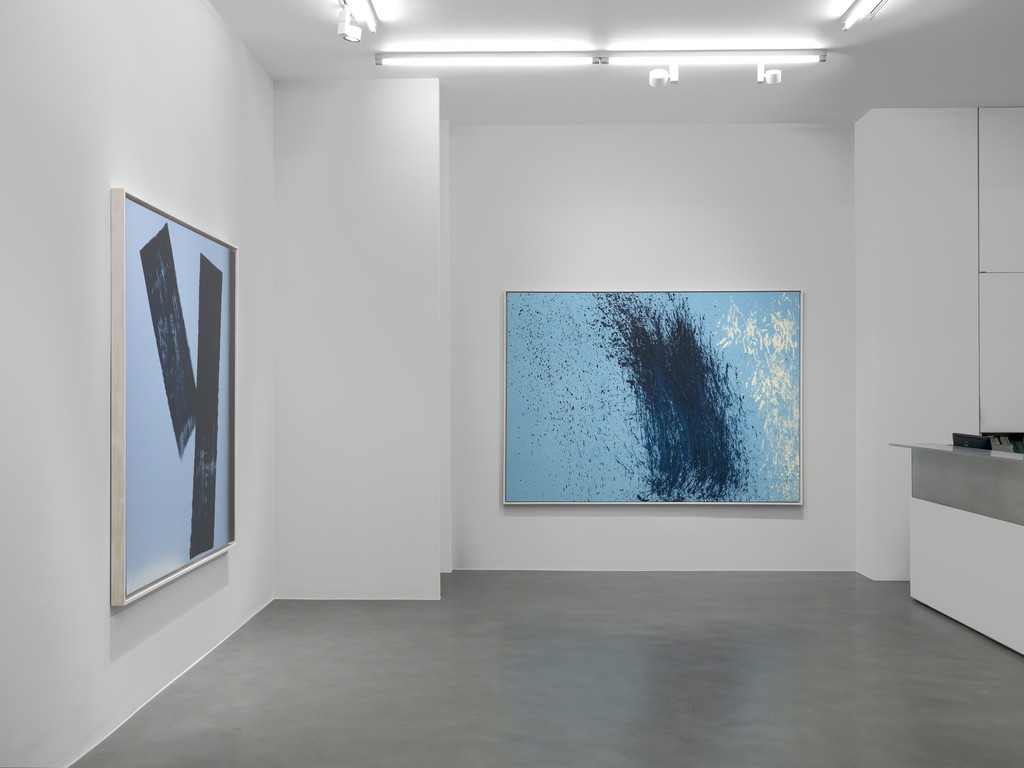 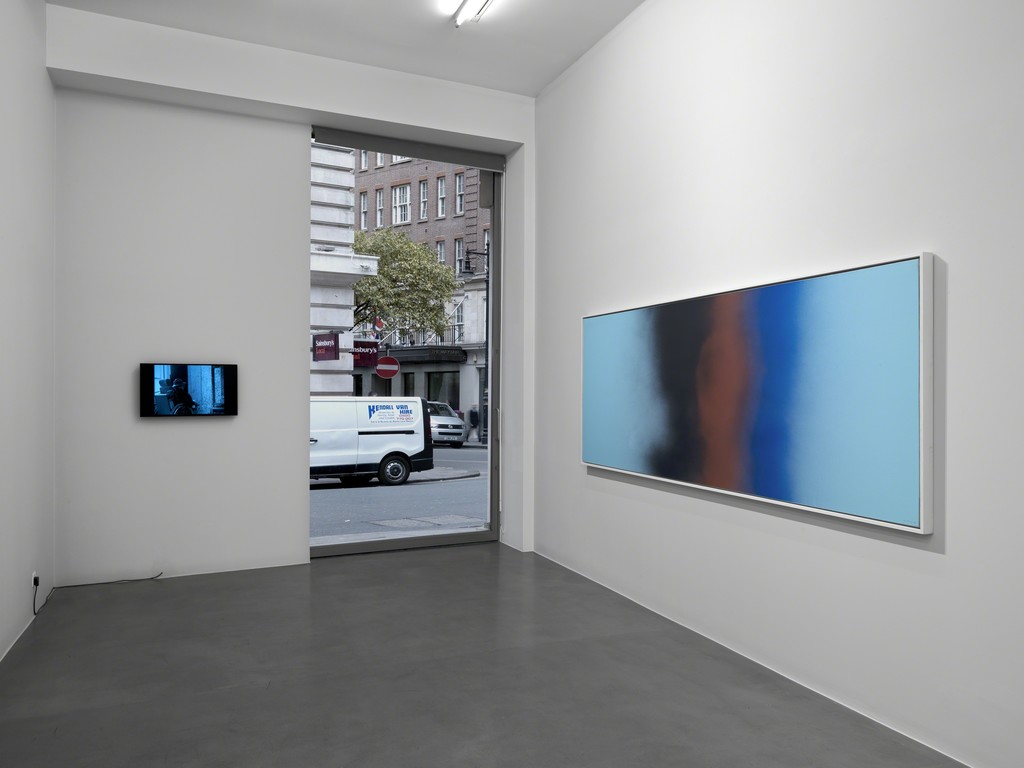 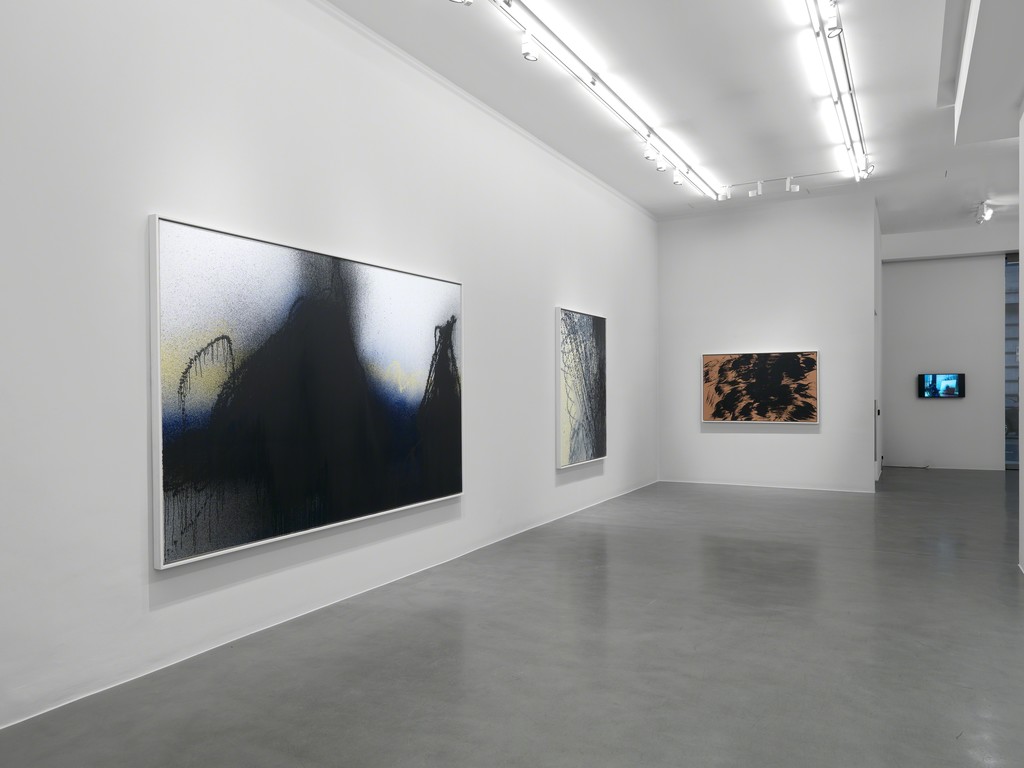 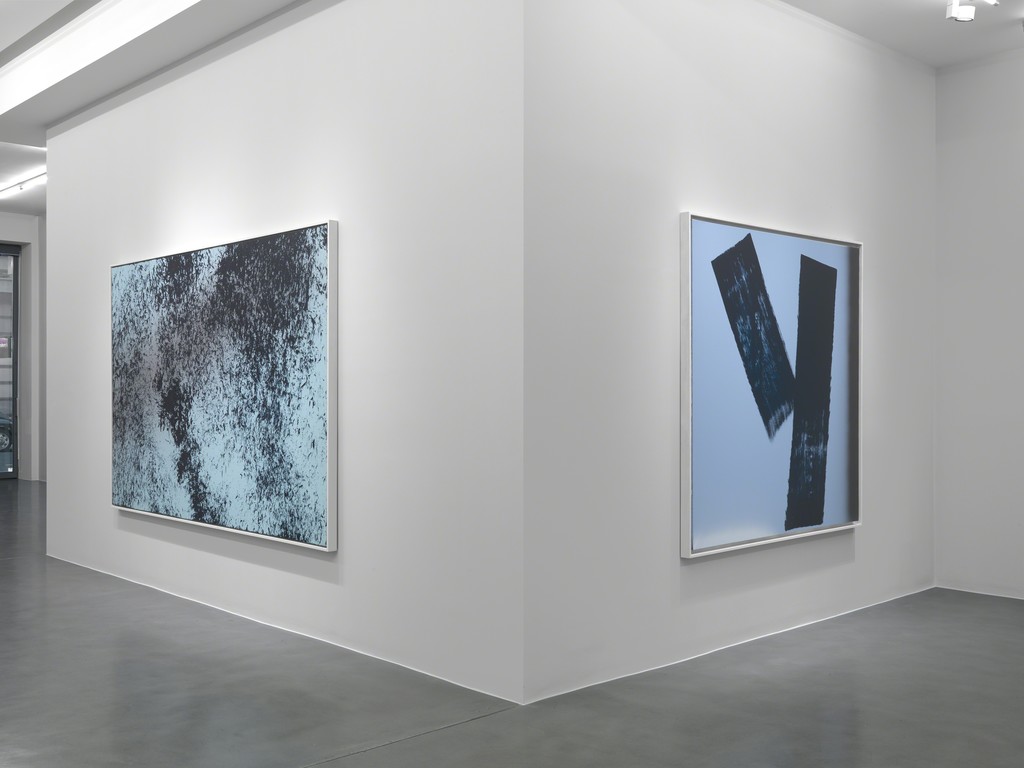 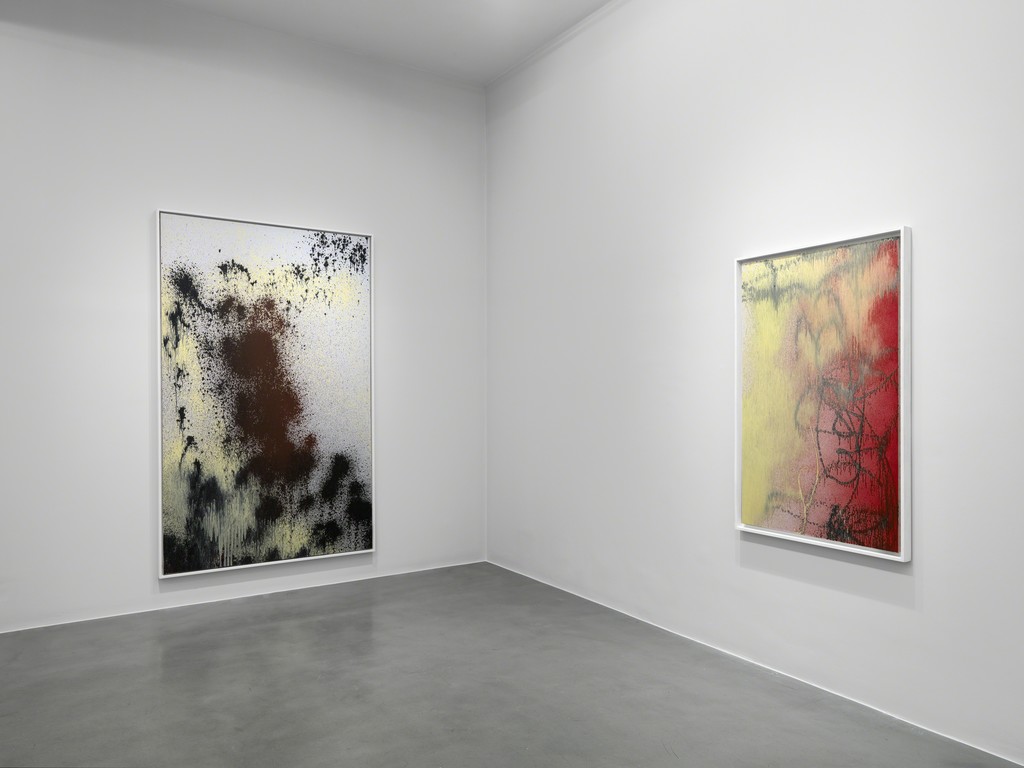 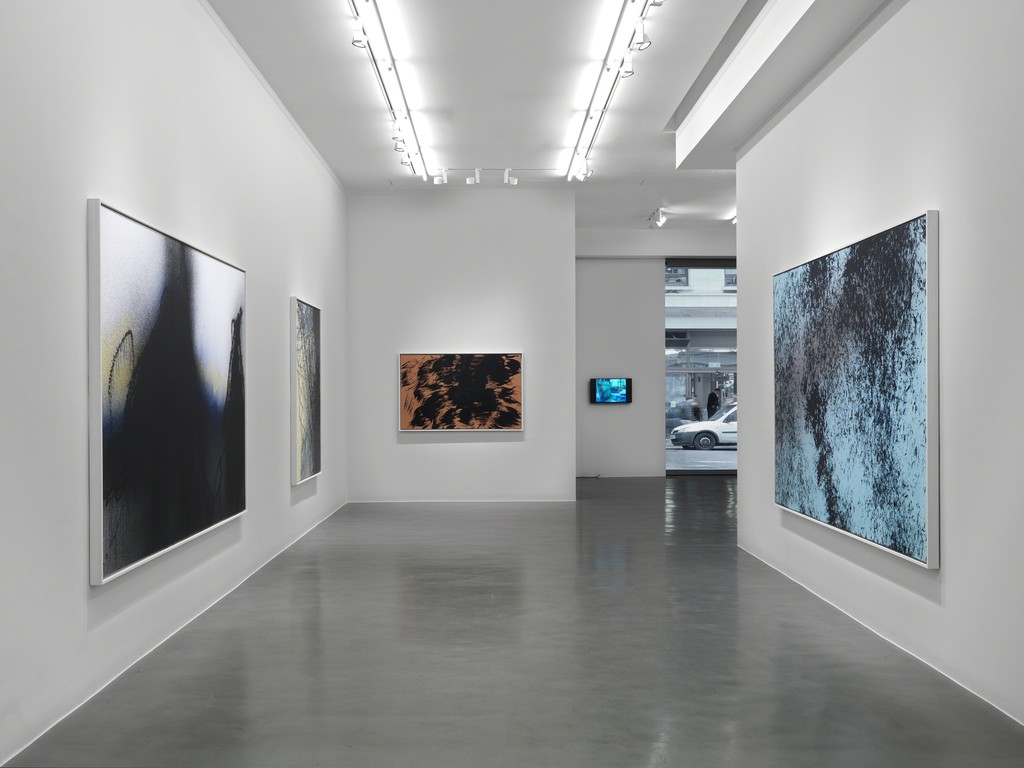 Simon Lee Gallery is proud to present an exhibition of late paintings by pioneer of twentieth-century abstraction, Hans Hartung (1904-1989). This inaugural presentation with the gallery celebrates the last, highly productive decade of the artist’s life, which saw him return to many of the themes that had occupied him throughout his career, while expanding his repertoire with an array of innovative painting practices. Hartung’s late painting, much of which was made from the confines of a wheelchair, is amongst the most vigorous of his lifetime, revealing a renewed sense of freedom, energy and ambition despite his advancing age and increasing frailty. Although the artist’s dramatic approach to the medium was remarkable throughout his career, it was not until the 1980s that many of his freest and most experimental works were produced. Distinguished by dramatic shifts in technique, tools, scale and gesture, Hartung’s output over the course of his last years is testament to his rich and constant exploration of the language of abstraction.

During the 1980s, Hartung expanded on the range of techniques he employed in his work by introducing a litany of non-traditional tools into his practice. From 1979 onwards, the artist began to use branches from the olive trees that grew in the grounds of his home and studio in Antibes in lieu of a paintbrush. Dipping the branches into vinyl paint, Hartung would whip his canvases with such intensity that they often had to be placed on wooden supports in order to prevent damage. Paintings such as T1984-H15 (1984), with its dense mass of black ciphers tumbling across a vaporous blue background, captures the force of the action while evoking a flock of starlings hurtling through the sky. Although composed as pure abstractions, Hartung’s paintings effortlessly summon representational analogies in his viewers’ minds. In T1982-E4 (1982) a tornado of black, umber and blue merge, each diffuse pigment melting into the next with tonal ease. Alchemical colour effects generated with sprayed paint on vast canvases hint at sublime natural, elemental or celestial events.

‘[My paintings] allow me to evoke atmospheric and cosmic tensions, the energies and forces that govern the universe. These are the vital, natural, and physical forces that I have always expressed in the gesture…I like the gesture to be definitive; I don’t want to have to come back to it, unless of course it didn’t come out quite right. From this improvisation on the canvas, this spontaneity comes the rhythm and the intensity’.

Hartung continued to replace the big brushes he had been using with experimental tools and devices. The ‘tirolienne’, a heavy, hand-held tool used by house painters, was introduced in July 1985 and quickly usurped by the ‘sulfateuse’, a lightweight metal canister that consisted of an adjustable hose fixed with an assortment of nozzles, which allowed the artist to adjust the flow of paint more freely. More commonly used by gardeners and viticulturists, the ‘sulfateuse’ allowed Hartung a degree of flexibility prohibited by the unwieldy spray paints he had been previously accustomed to. With the canister placed on the ground, Hartung was left free to operate the light wand of the spraying rod unfettered. With the slightest flight of the wrist he could project great sweeping lines of paint and textured fields of colour. The fine mists and thick ‘clouds’ generated expanded the artist’s lyrical palette, resulting in an original formal language that embraced emotional expression through chance gestures and spatial dynamics.
NOTES TO EDITORS

Two exhibitions will be organised simultaneously at Perrotin, New York and Nahmad Contemporary, New York. On the occasion of all three exhibitions a catalogue will be published in March 2018.