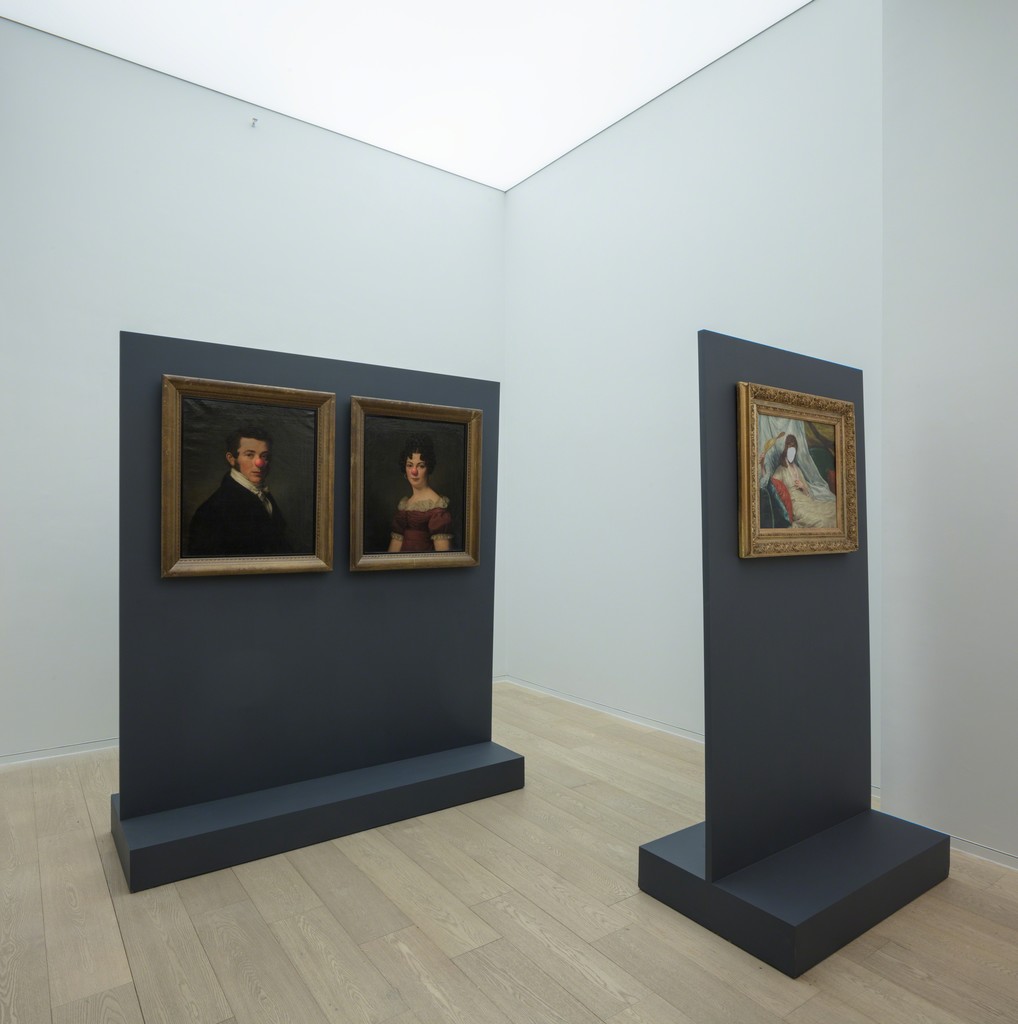 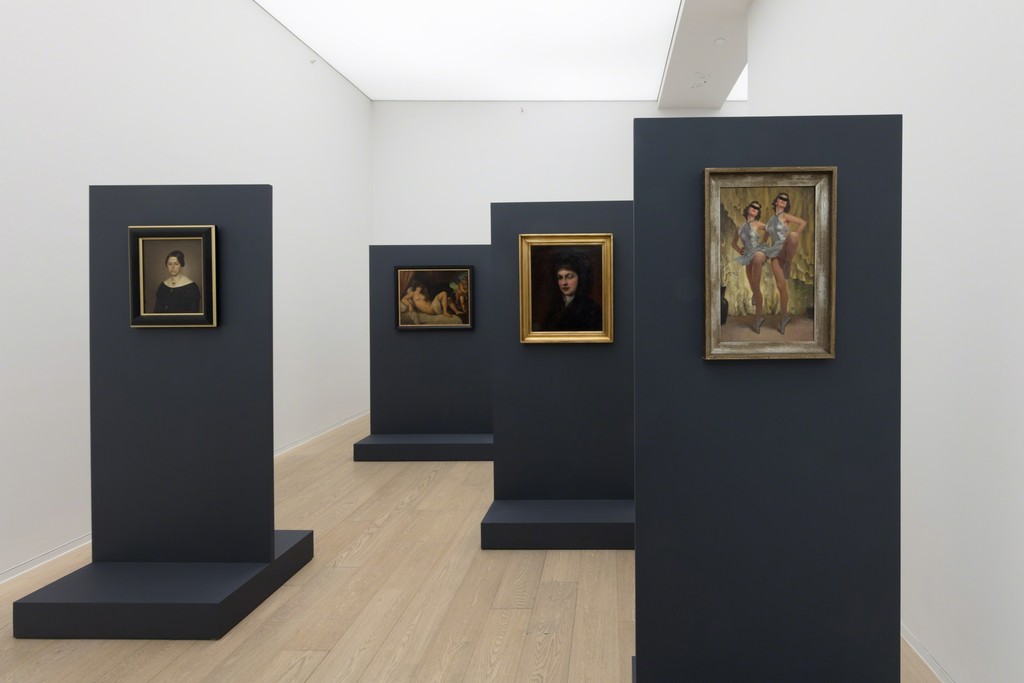 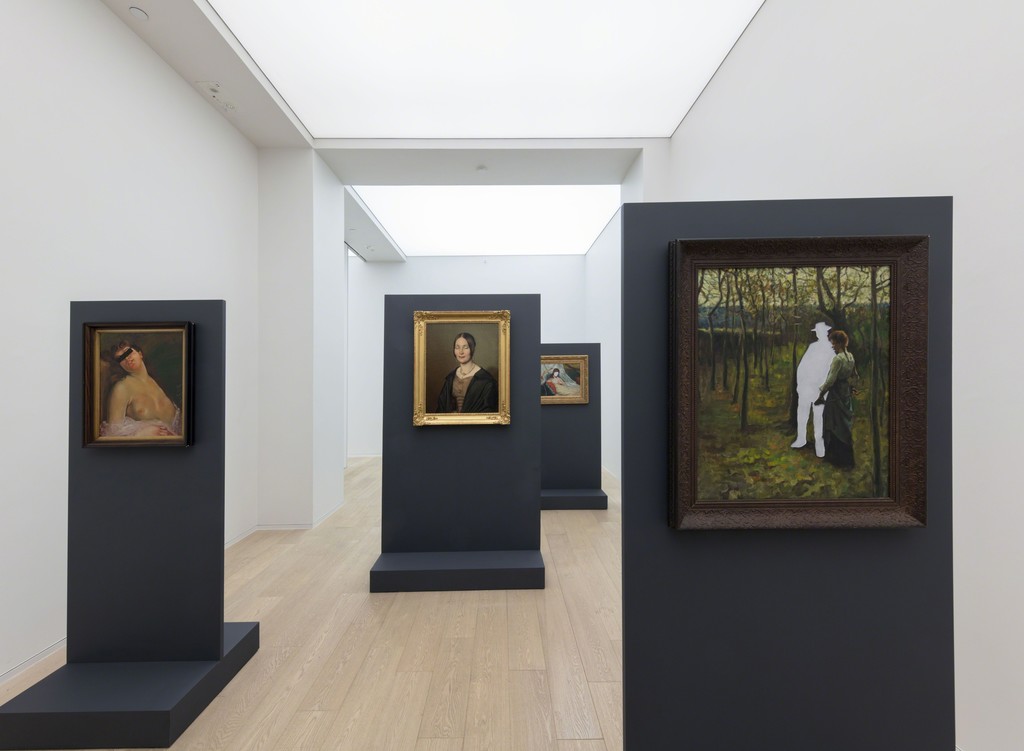 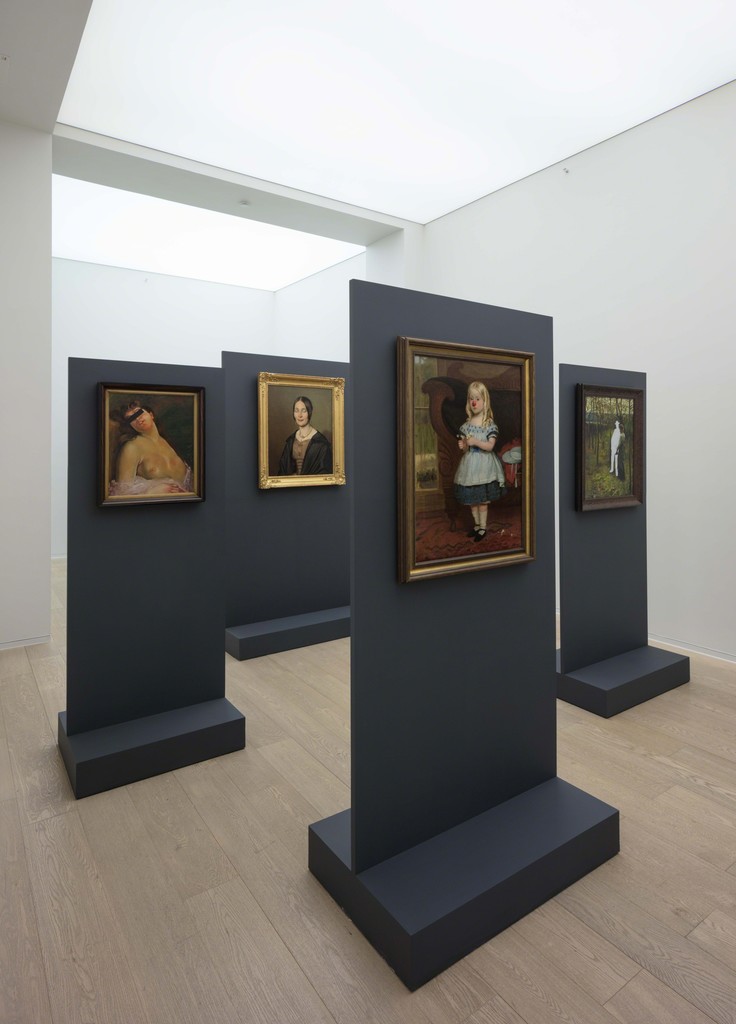 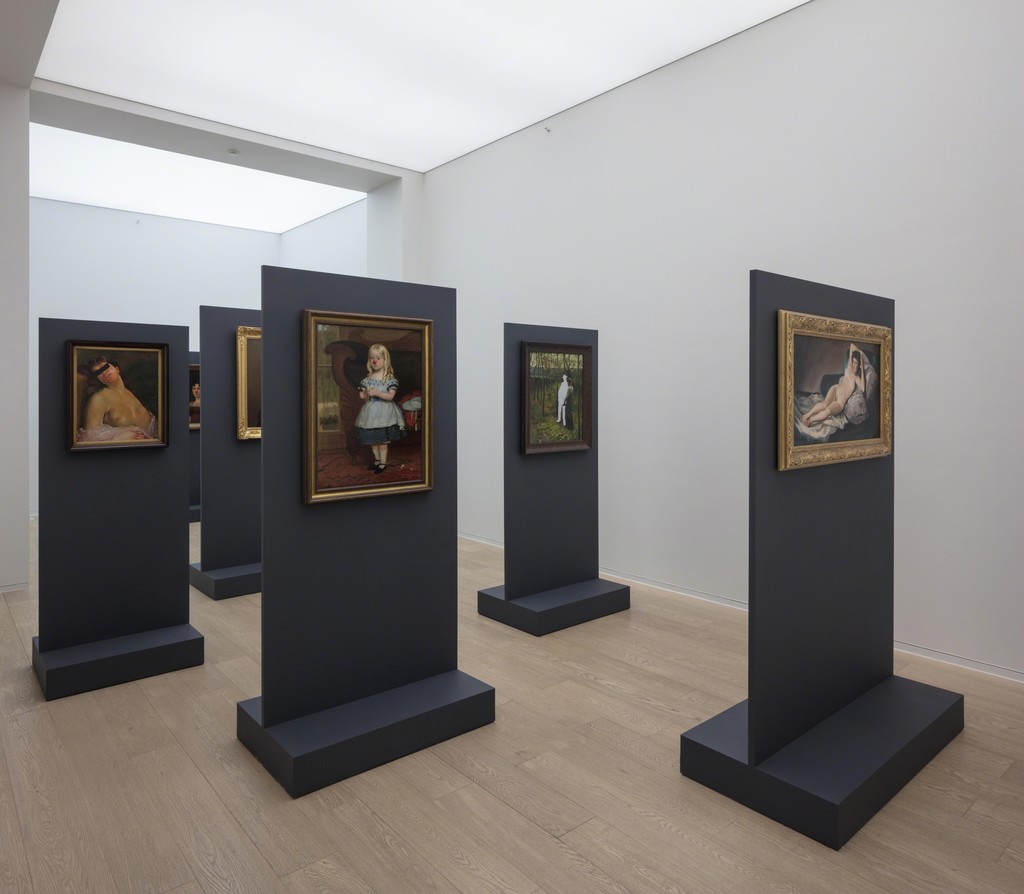 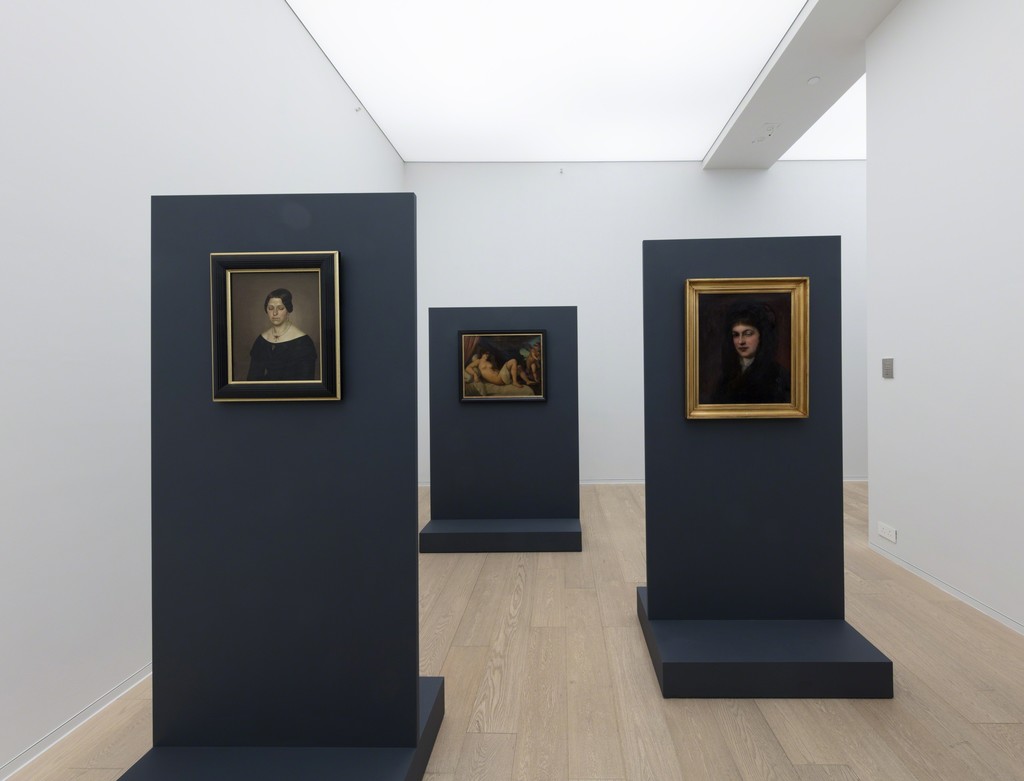 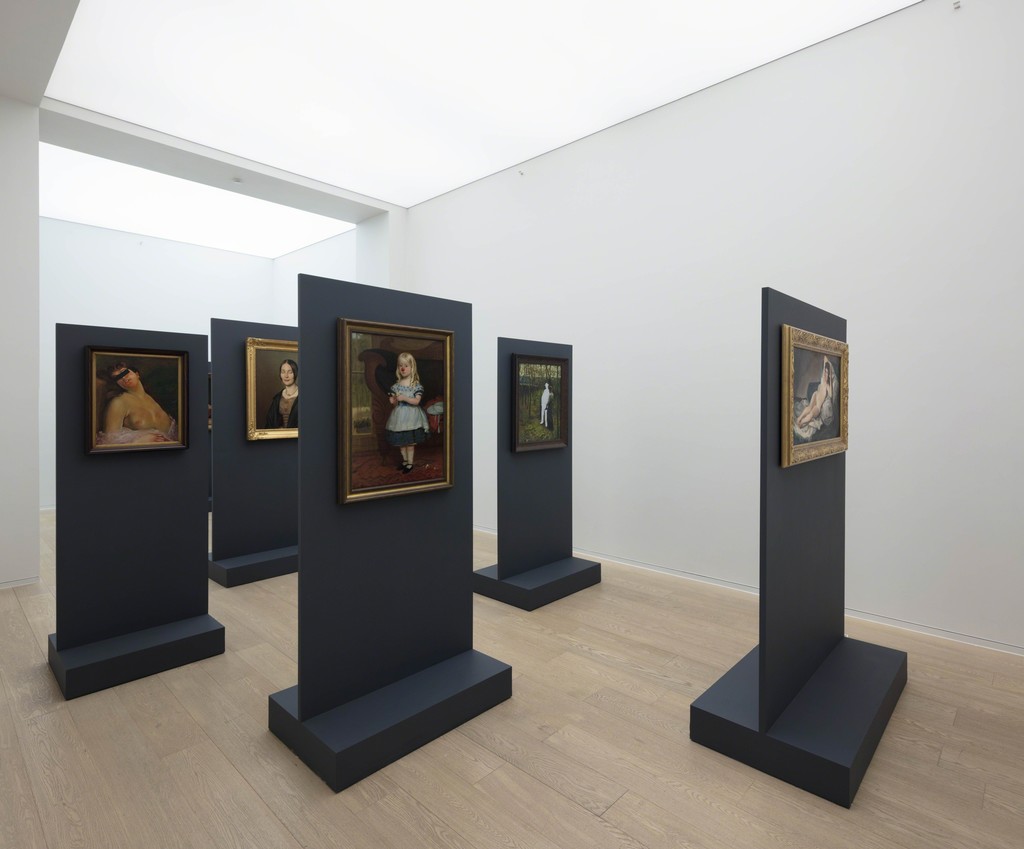 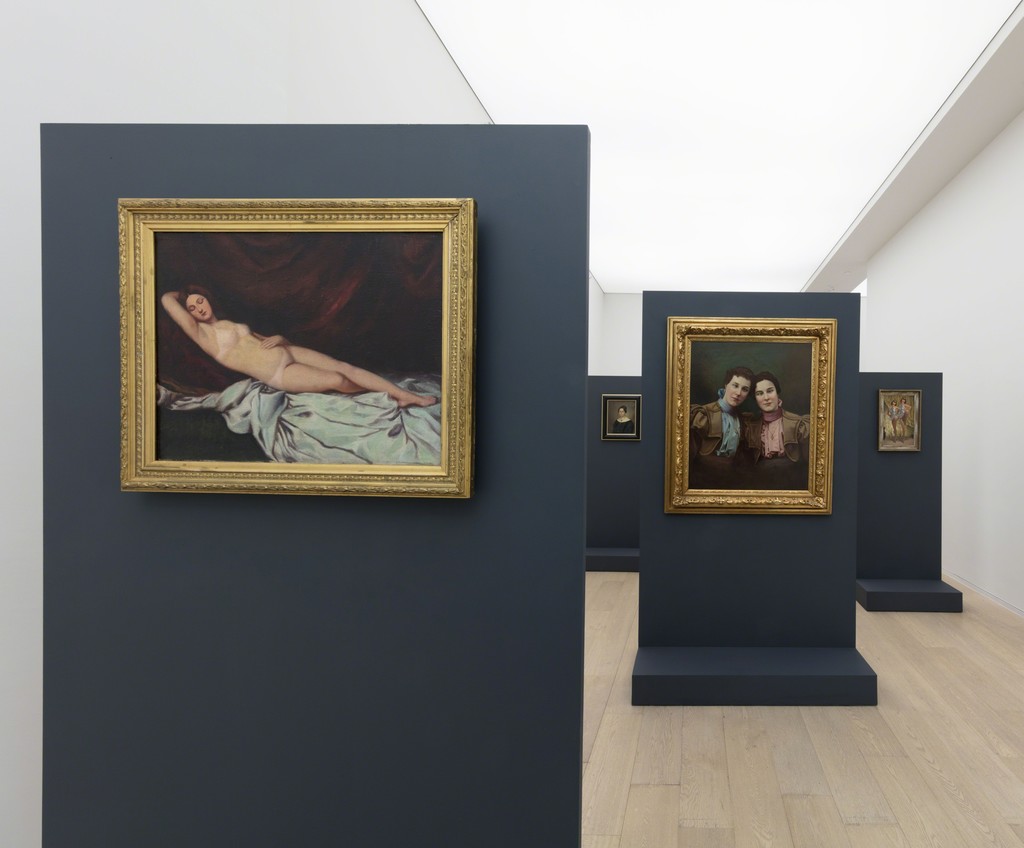 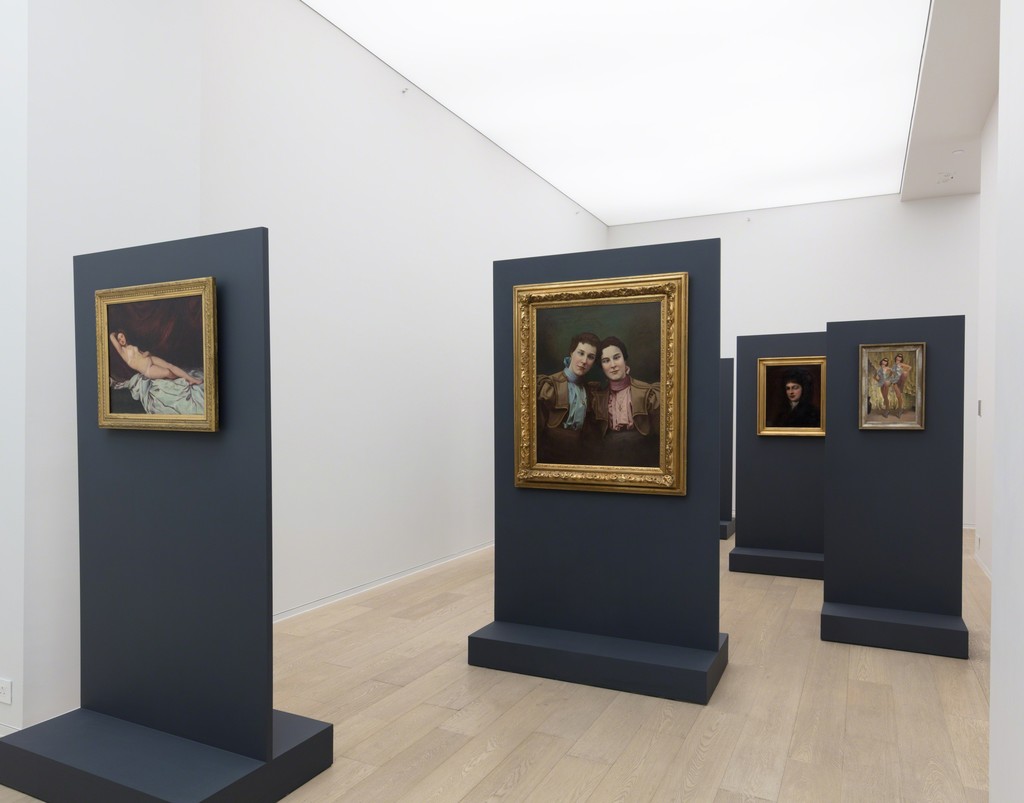 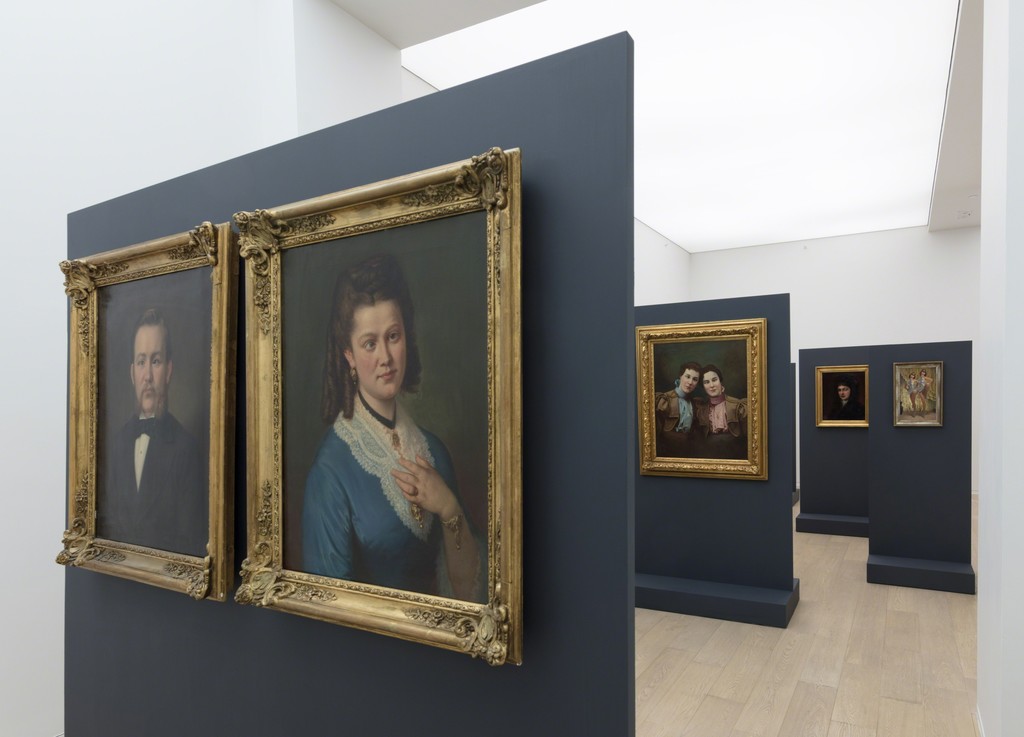 Characterised by its engagement with art history and vernacular imagery, Feldmann’s conceptual work has
developed over more than four decades. A compulsive collector and appropriator of found images and everyday
ephemera, Feldmann’s oeuvre incorporates photography, sculpture, installation, drawing and painting. With
surprising humour and subtle intervention, he systematically reconstructs existing images and objects to reflect on
representation and the construction of ideologies.

His works often propose a gently irreverent subversion of the structures and systems of value on which the art
market and the wider art world are predicated. One consistent strand of his practice has involved the appropriation
and modification of historic oil paintings – most often bourgeois portraits and genre paintings of the 19th century.
For this exhibition Feldmann presents a series of such paintings installed on custom made stands. These
traditional, gilt-framed portraits of couples, children, pets, soldiers and women, selected and sourced from auctions,
are subverted by the addition of red noses, cross-eyes, tan lines and redaction blackouts. The installation invites
visitors to make connections within and between the works as they weave through a maze of teasing, upended
representations of youth, class, nostalgia, sexuality, war and beauty.

Disrupting long-held assertions of the artist’s role as a unique creator, Feldmann’s appropriation of these sincere,
nuanced, intimate portraits and his attention to the evocative formal qualities of paint on canvas seemingly
penetrates a collective consciousness. This creeping nostalgia for a life that never was is supplanted by uncanny
alternative narratives, reminding us of the power of images in creating personal and political myths and just how
unreliable individual and collective memory is.

Hans-Peter Feldmann was born in 1941 in Düsseldorf and lives and works in Düsseldorf, Germany. He has shown in prestigious international venues for over 50 years. Recent solo exhibitions include a comprehensive show focused
on his photographic works at C/O Berlin (2016), as well as a travelling survey at Deichtorhallen in Hamburg (2013), the Serpentine Gallery in London and BAWAG Contemporary in Vienna (both 2012). Additional exhibitions were mounted at the Museo Reina Sofia in Madrid (2010), the Malmö Konstall (2010), the Kunsthalle Düsseldorf (2010), and the Arnolfini in Bristol (2007-2008). Feldmann is consistently included in important group exhibitions, including the Walker Art Centre in Minneapolis (2016), Palais de Tokyo in Paris (2013), São Paulo Biennial (2012), the Bass Museum of Art in Miami (2012), the Venice Biennale (2009), and Museé d’Art Moderne de la Ville de Paris (2008). In 2010, Feldmann was awarded the Hugo Boss Prize resulting in a solo exhibition at New York’s Guggenheim Museum. His work has been collected over the years by numerous public institutions including The Museum of Modern Art, New York, Tate Modern, London, Centre Pompidou, Paris, Hirschhorn Museum, Washington DC, and the Hammer Museum, Los Angeles.