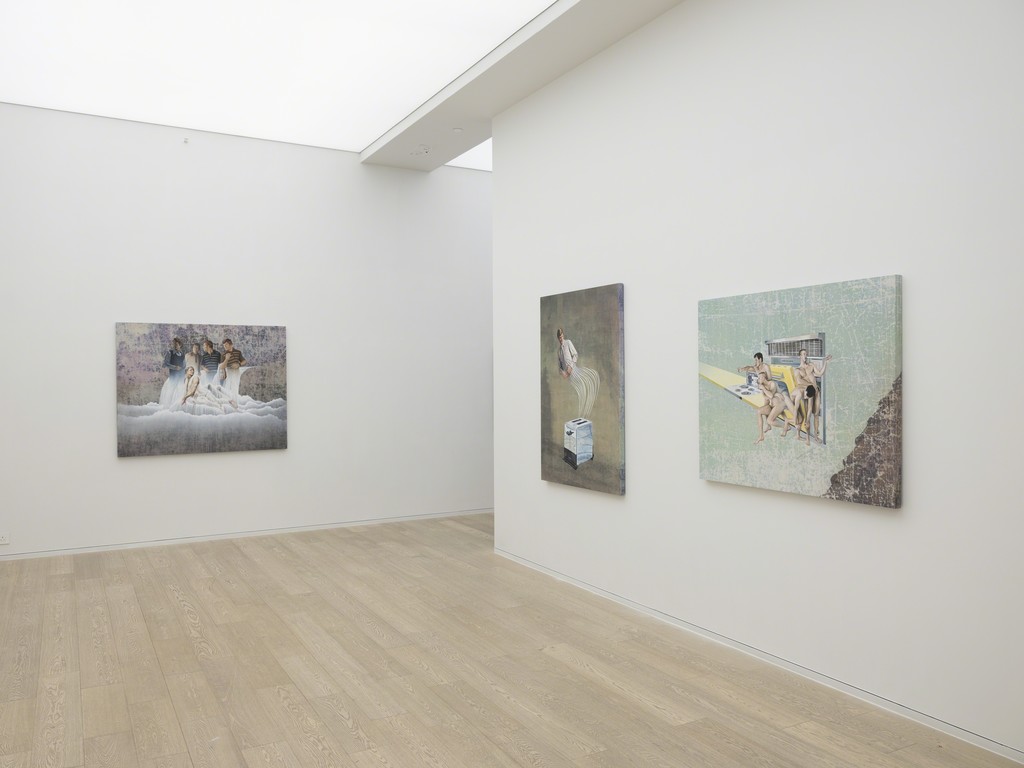 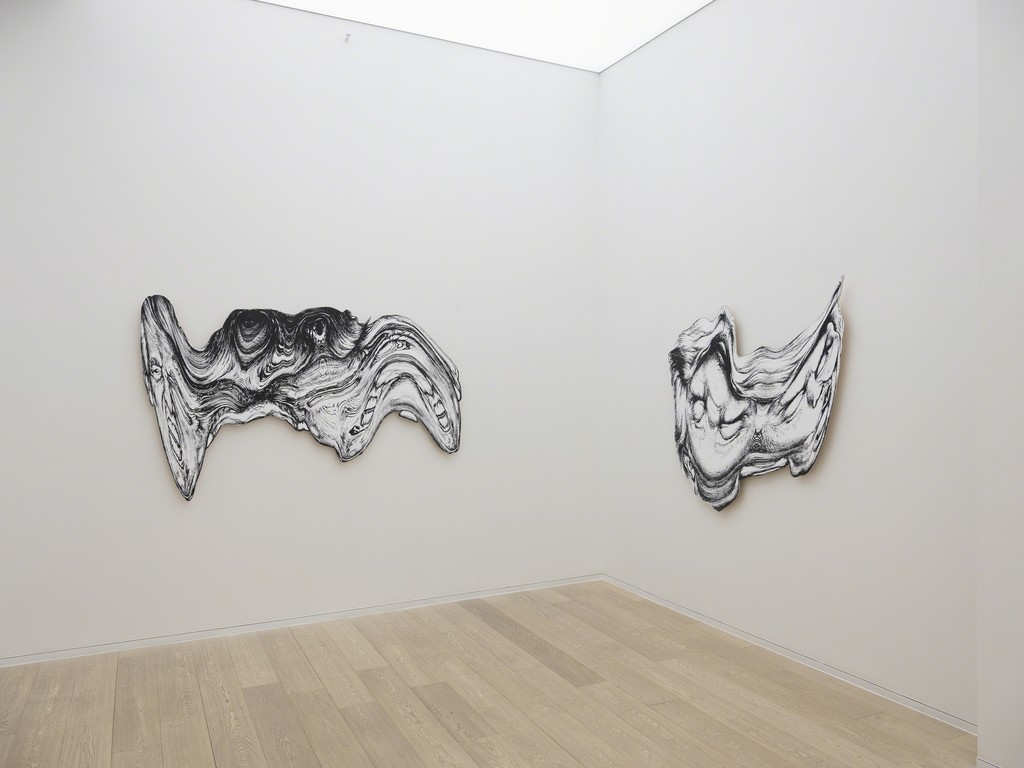 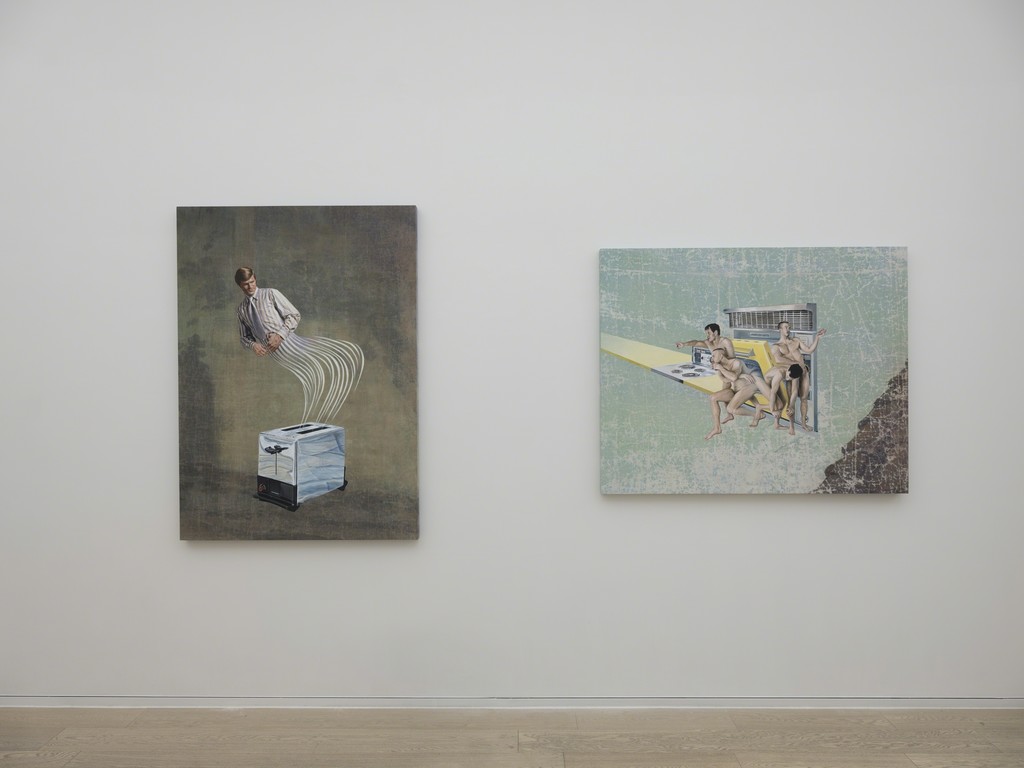 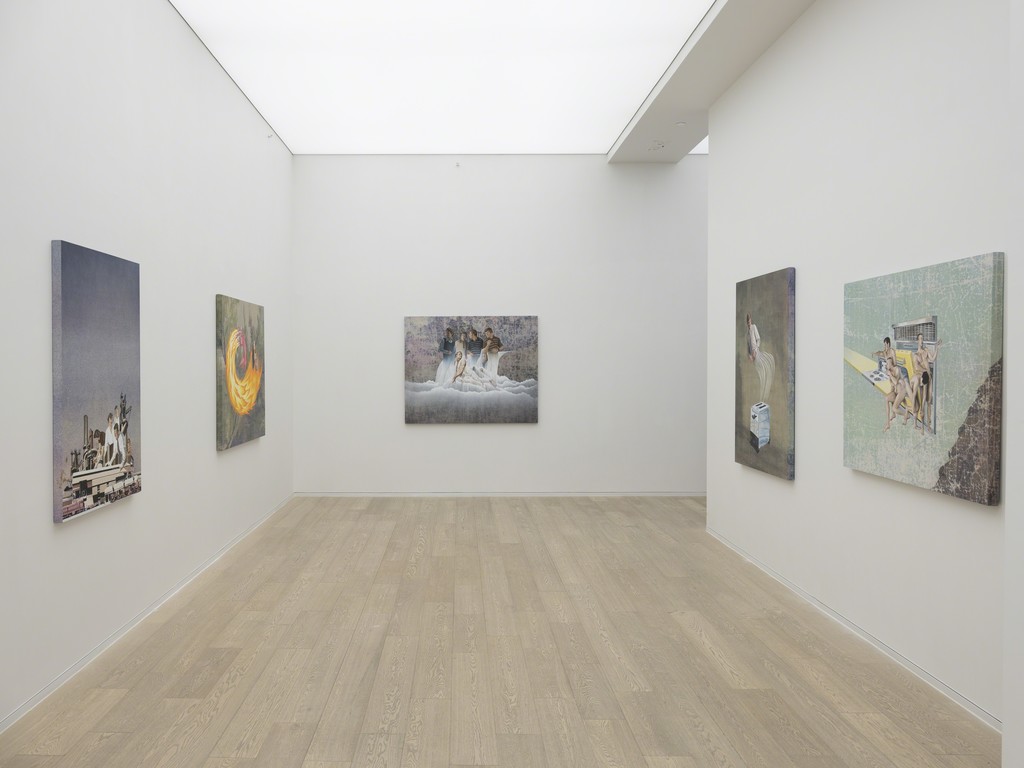 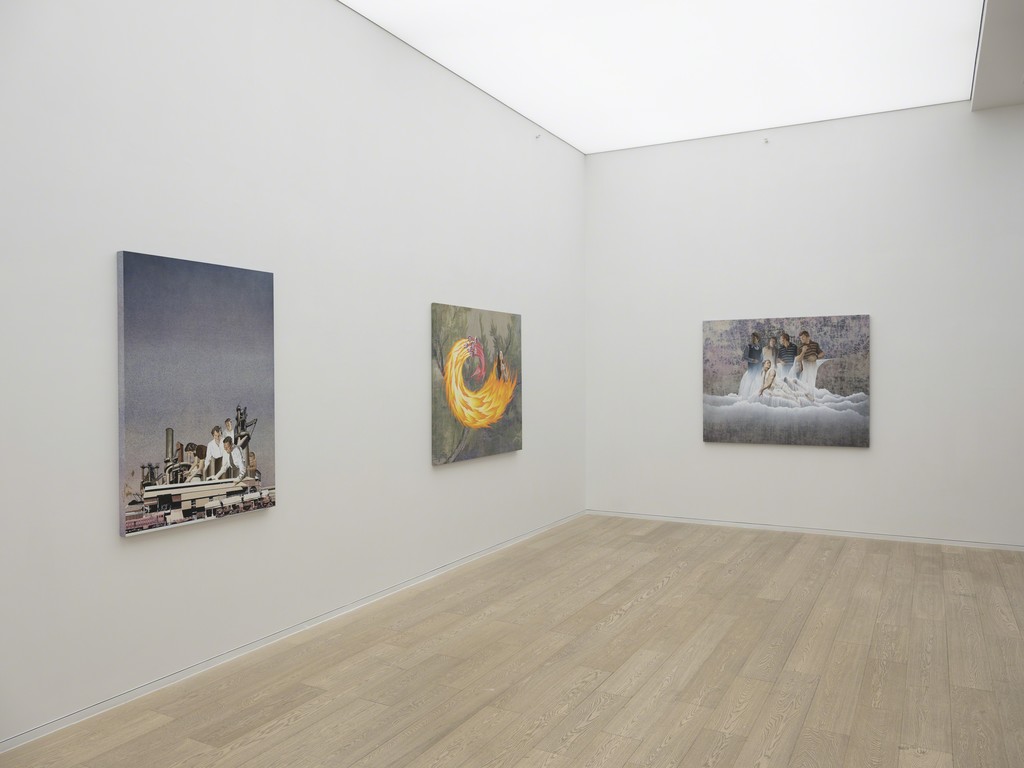 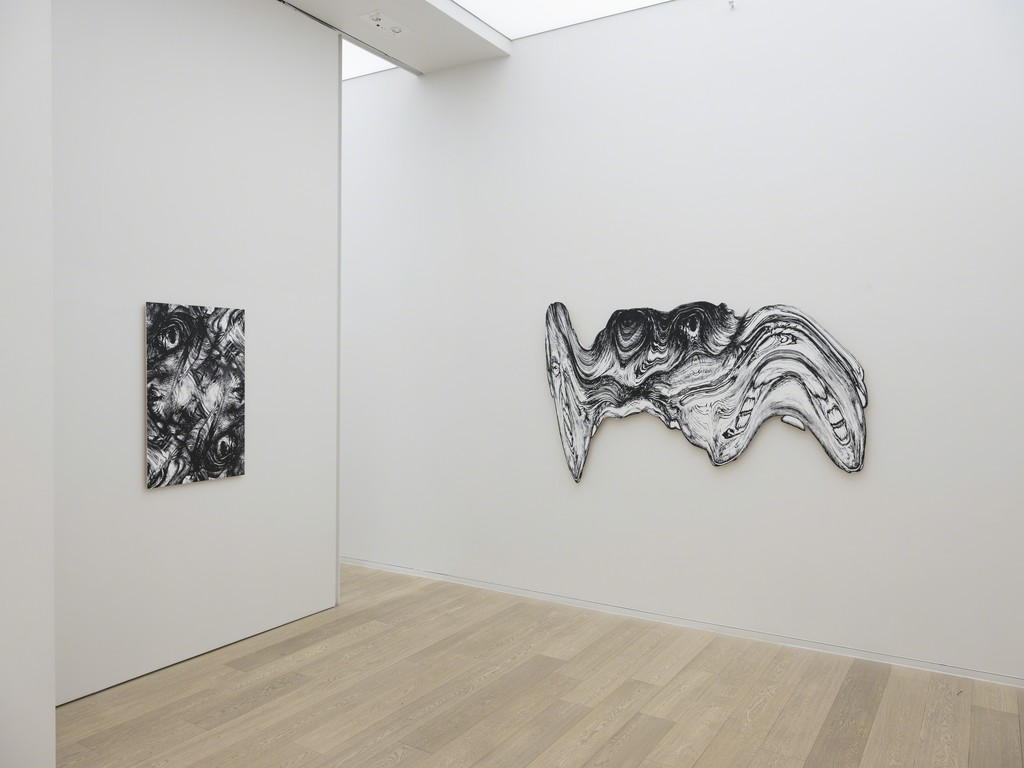 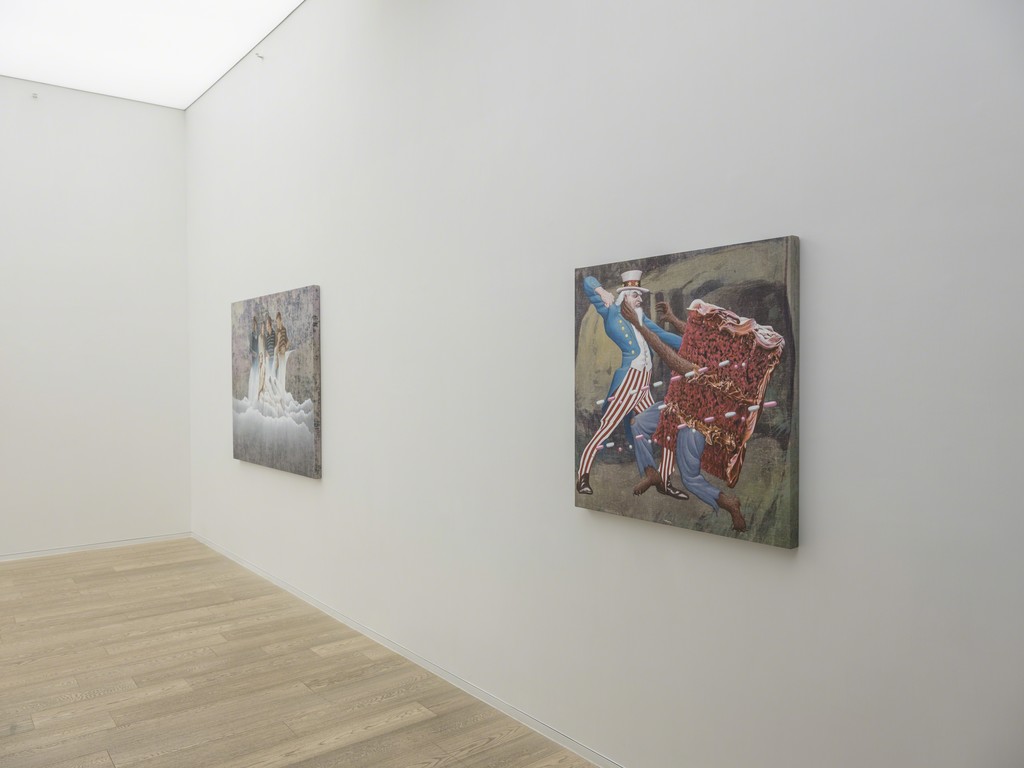 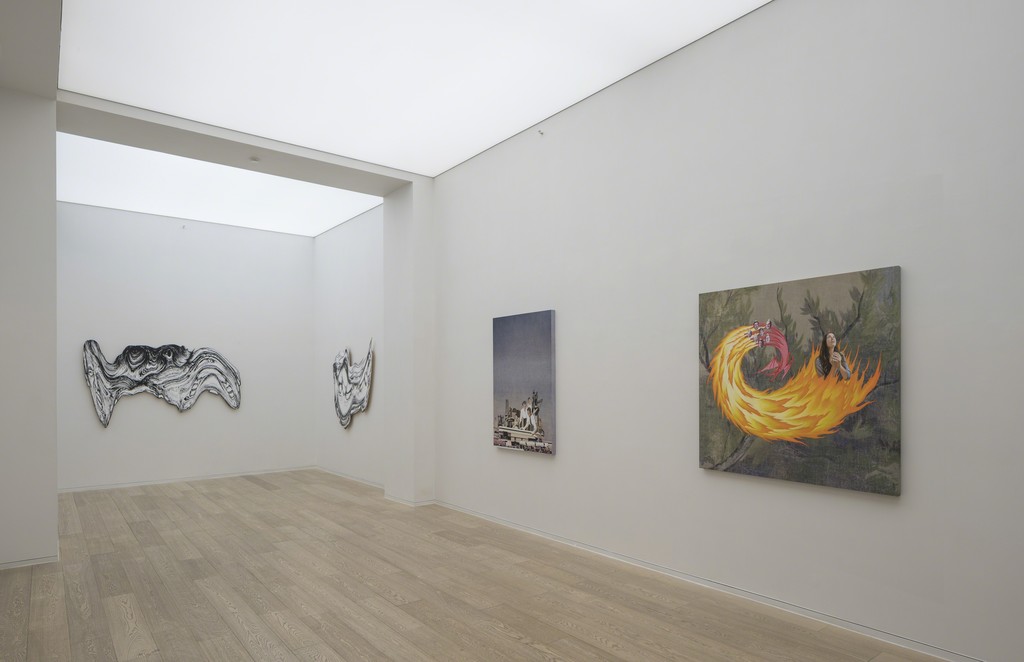 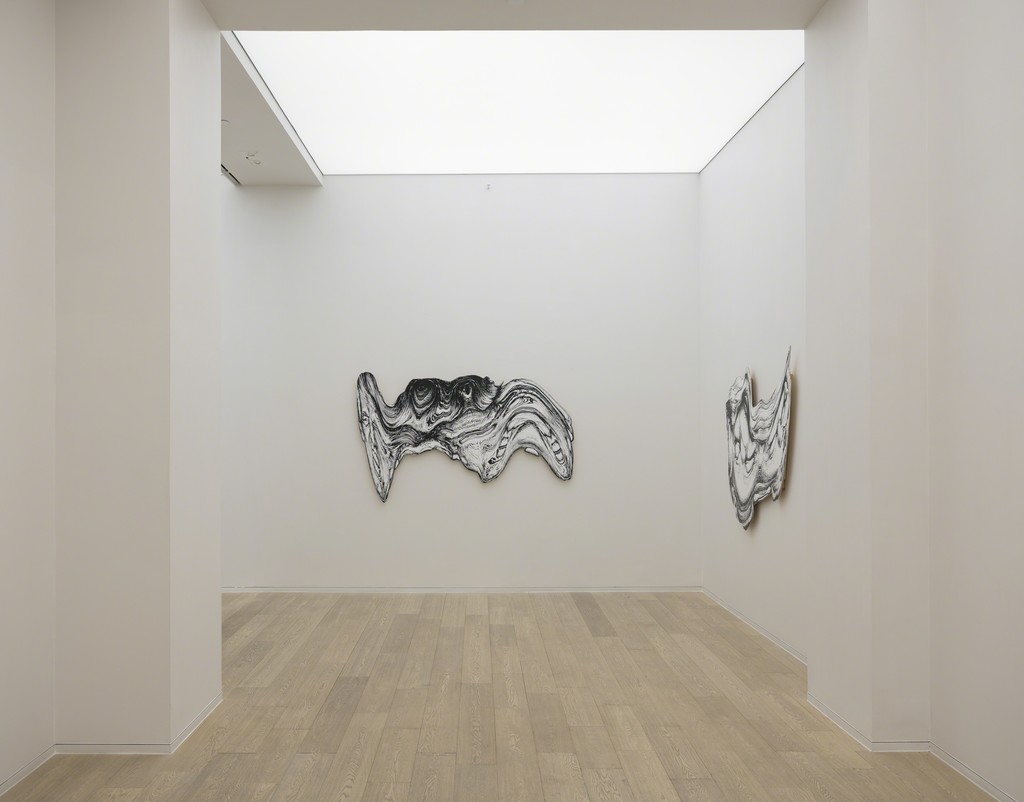 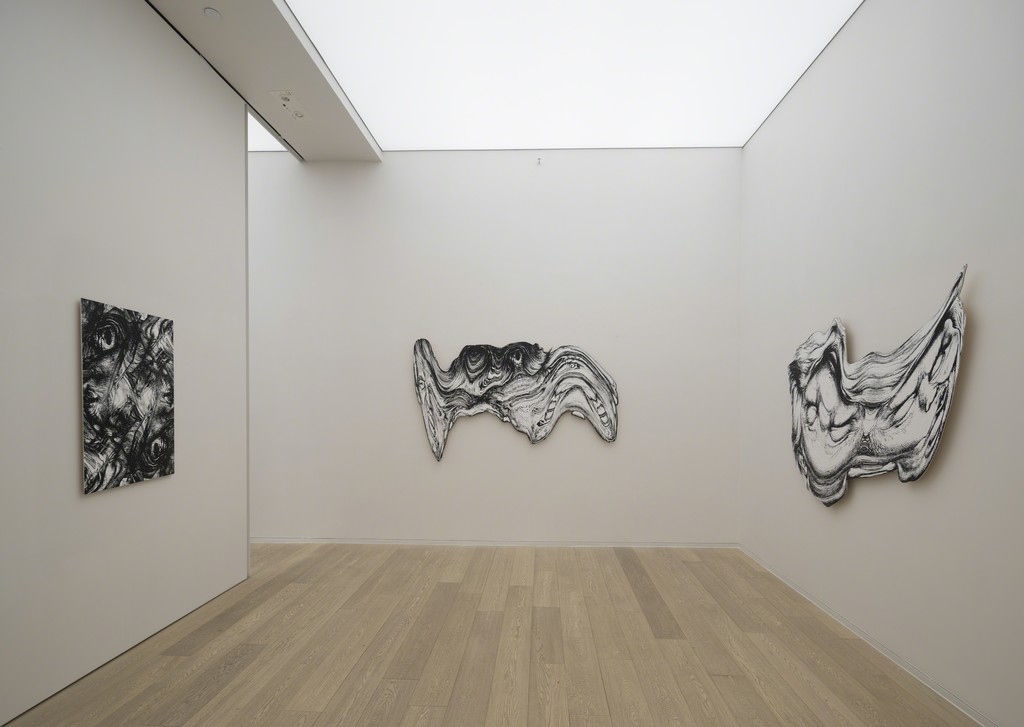 Shaw moved to California from his hometown of Midland, Michigan in 1975 to attend Cal Arts, and along with fellow Michigan-native Mike Kelley, is one of a number of notable artists to emerge from the school in the late 1970s and early 1980s. Over the past thirty years, he has become one of the United States’ most influential and visionary artists, working in painting, sculpture, and drawing, and building connections between his own critical and psychological perspective and America’s broader political, social, and spiritual histories. His work is distinguished by rigorous formal and structural analyses of neglected forms from vernacular culture, informed by his large collections of objects representative of consumer desires, religious fervour, and a constantly evolving counterculture. For Shaw, these seemingly mundane artefacts reflect shifting social and political values and the way in which individual Americans are the product of a variety of conflicting forces.

In a continual oscillation between historical reference and contemporary political satire, in these paintings Shaw turns his gaze to subjects as wide-ranging as material wealth, innocence and guilt, man's relationship with nature and religious fanaticism. Mining and splicing American histories, cultural refuse of the 20th century, conspiracy magazines, obscure religious iconography, mythologies, children’s stories, images from advertising, cartoons and his personal memories and collections, Shaw’s seductive, darkly comic works invite us to reflect on social and economic power systems and subjugation. Often unfolding in long-term, narrative cycles, the works contain systems of cross-references and repetitions, which rework similar symbols and motifs, allowing a story-like thread to be perceived. Shaw’s earnest depiction of alternate realities encourages shape-shifting and defies encapsulation, weaving together various strands of cultural minutiae in an encyclopaedic spectacular of commercial, popular and outsider vocabularies. His many faceted, myth bound constructs are simultaneously revealing and incomprehensible, delving into the oddest recesses of the mainstream and dissecting it with bizarre humour and a brilliant sense of composition.

These new works are painted over used theatrical scenic backdrops bought by the artist. Now cut down and stretched, the readymade canvases are typically from the 1940s and 1950s, and carry with them a sense of the history of that time. That sense of the past is combined with the imagery Shaw uses for the works - from late 19th century political cartoons to DC comics, 1970s album covers, Hollywood films and detective novels indicating a past which haunts the present and different vernaculars which co-exist within the same frame. As part of his process, Shaw consistently relies upon in-depth historical research, the exploration of his own personal experience and subconscious, and the creation of fictitious histories and characters. The combination of these strategies results in a powerful evocation of themes of belief, madness, materialism, and war, as they continue to influence contemporary life.