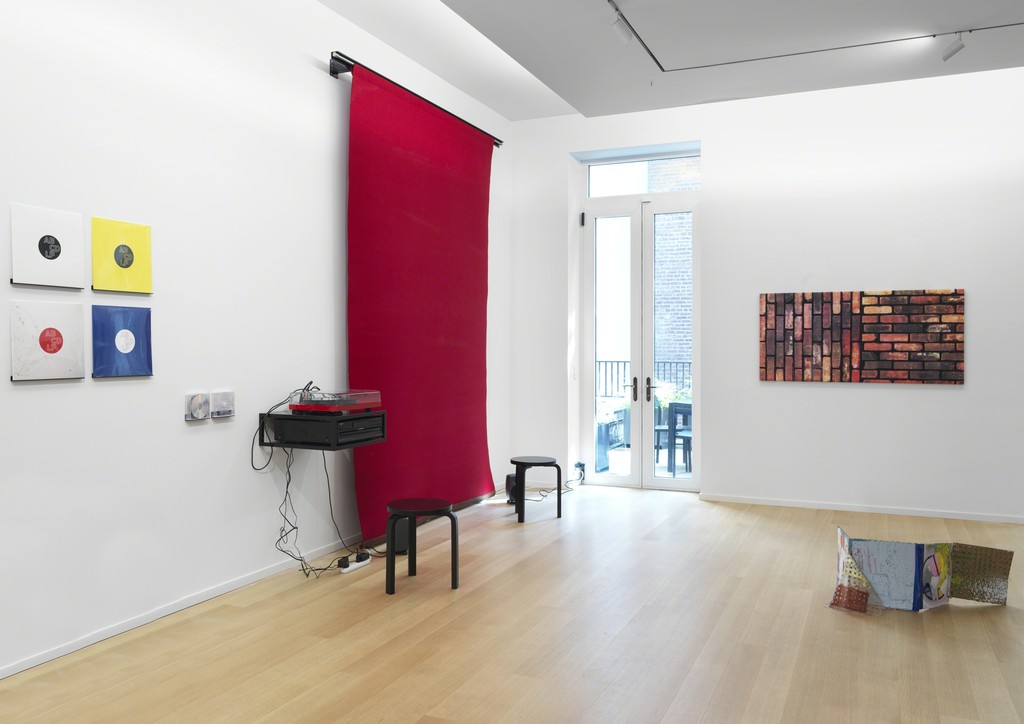 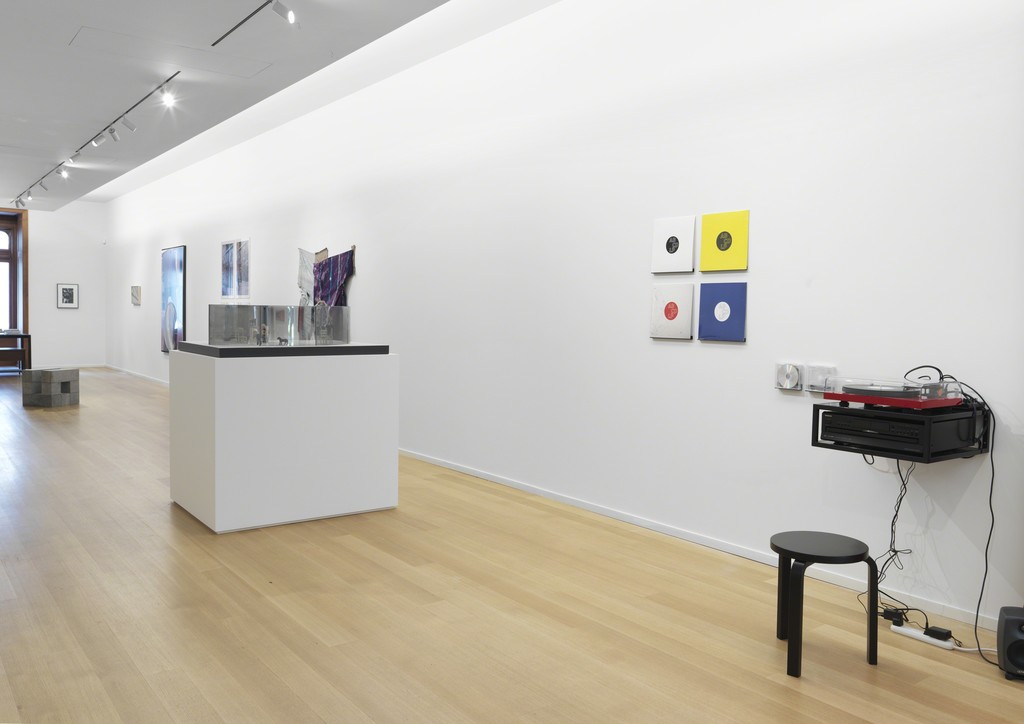 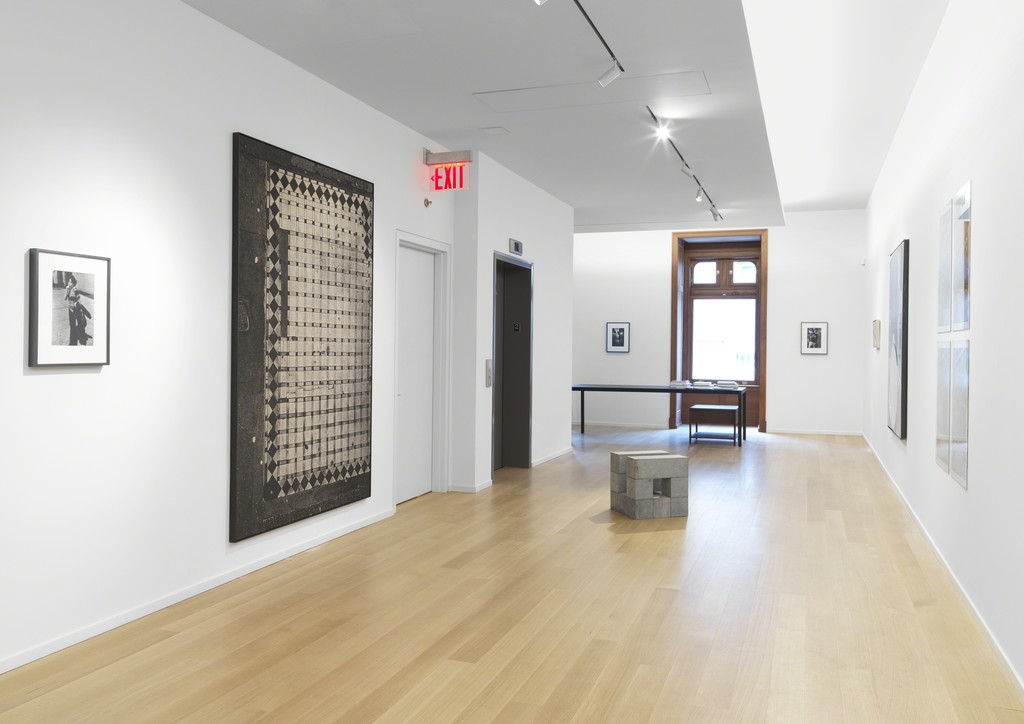 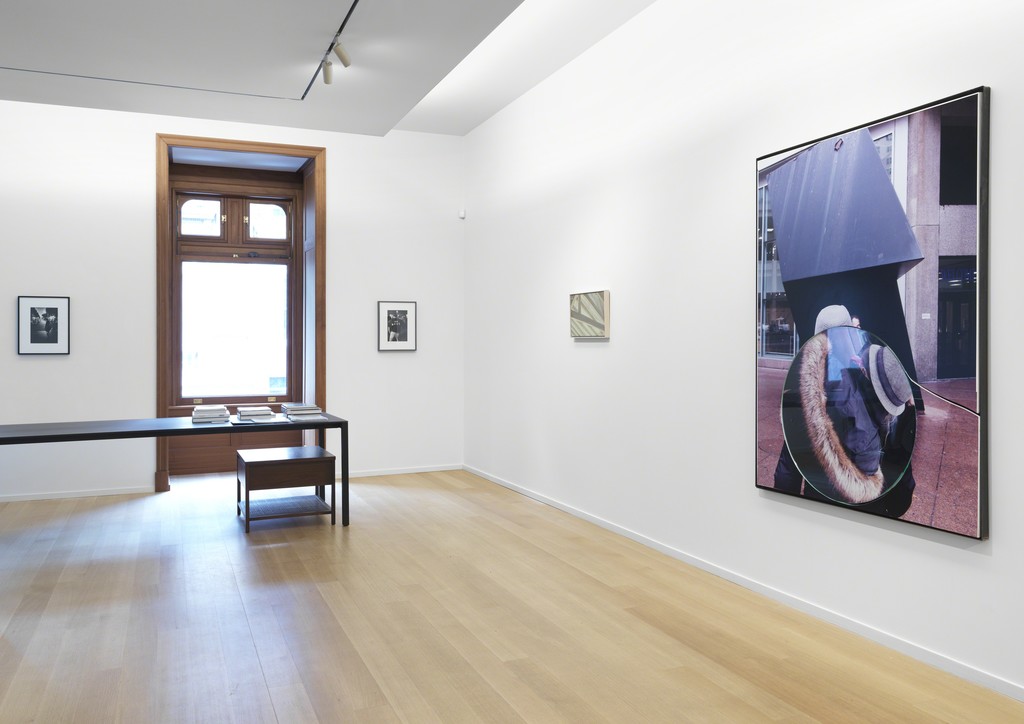 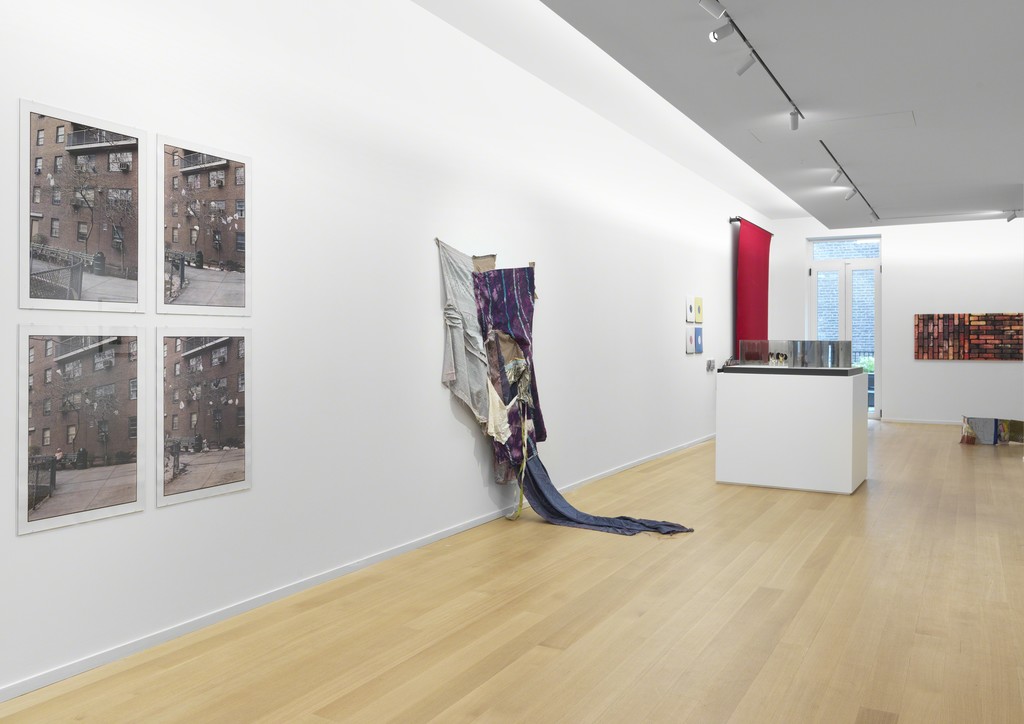 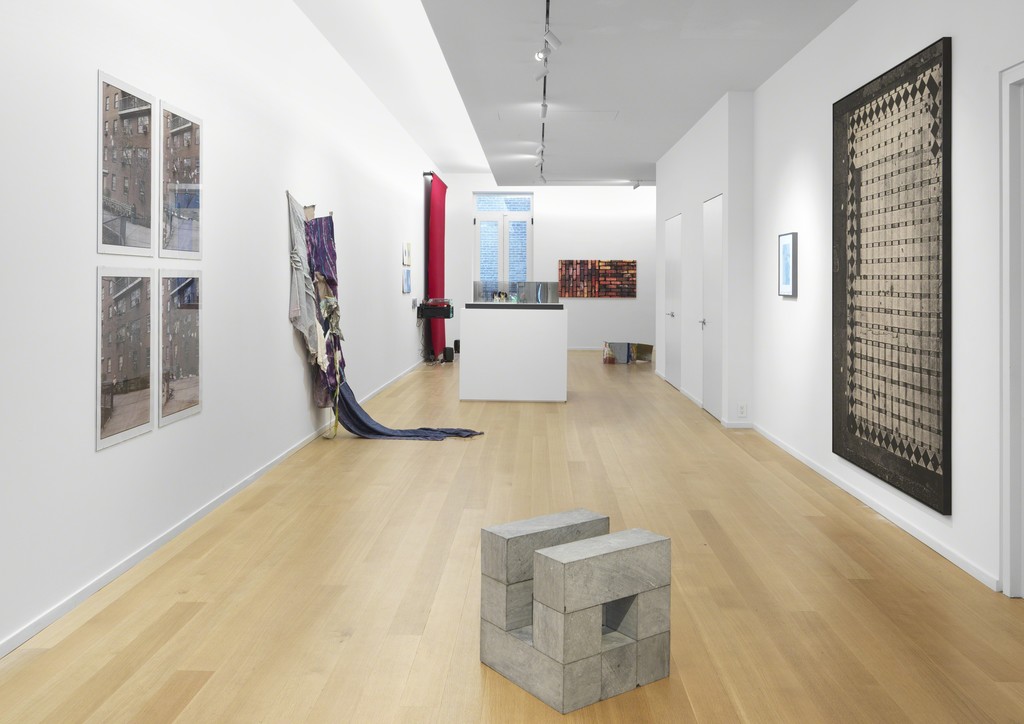 Simon Lee Gallery New York is delighted to present Metropolis, an exhibition that showcases how artists use the city as a source for materials, subjects, and ideas. The works present how artists can interpret the metropolis in multifarious forms, and illustrate the universality of the city.

The cityscape is a source of disorder, a place to play and learn; it’s a site of both creation and destruction. A warren of brick alleys and concrete streets expanding and contracting in unison, the metropolis is a living organism. A stimulant for cultural circulation, the city lends itself as a platform for the creative community. The work presented within this exhibition displays how the urban environment affects and is influenced by the artists residing inside.

“Manhattanism is the one urbanistic ideology that has fed, from its conception, on the splendors and miseries of the metropolitan condition—hyper-density—without once losing faith in it as the basis for a desirable modern culture. Manhattan's architecture is a paradigm for the exploitation of congestion.”

This quote, written in 1979 by the Dutch-born, London-based architect Rem Koolhaas, epitomizes the specific condition whereby culture is directly influenced by its urban design and architecture. The metropolis serves as a platform for the controlled fluidity of human interaction and exchange which for centuries has been illustrated in the fine arts. The congestion of the cityscape is most appropriately exploited by artists through representations of their urban surroundings and the discourses produced within. Works are frequently self-referential in their depictions of the infrastructure of cities or communities. Others pieces may exploit the mediums from which these subjects originate such as technique, material or concept. What they all share in common, however, is an awareness of the recursive relationship that humans have with their surroundings, how a millennia-old blueprint affects a contemporary dialogue.

Artists within the exhibition such as Rose Marcus, Larry Clark, Zoe Leonard, and João Penalva portray neglected still lives of the cityscape through photography. Marcus uses a point-and-shoot camera to document the city as if through a flâneur's eye, later adding sourced fabric further obfuscating the photo. Leonard’s series of photographs showcase plastic bags hooked to tree branches, doomed to remain there until either the bag or tree disintegrates. The infamous pictures by Clark exhibit characters often neglected within a city, each photo offering a momentary glimpse into an otherwise hidden narrative. Penalva documents the rugged sidewalks that trace his daily walks from his studio to his apartment in London. Each at a monumental scale, the photographs portray a continual clash of metropolitan renewal creating a historical collage of urban infrastructure.

Just as urban planners anticipate the movement of a city’s residents and how that will affect its infrastructure, Angela Bulloch’s practice is defined by her fascination with systems and how they affect our behavior. Because of this it is no surprise that her latest collaboration would be with New York-based artist Noah Barker who is also attentive to the same apparatuses. For Metropolis, Bulloch presents a new version of her Listening Stations series and the latest release on her record label ABCDLP. The featured LP is by Barker whose Soundtrack for Development originally premiered at the Okayama Art Summit in 2016. Collaborating with local producer/musician Ju Muraoka, a song was made as a theme for the Summit. The song was then separated into instrumental tracks and remixed into six variations, one playing at the entrance of six different venues. Marrying the two artists’ investigations in public space and how this affects daily life, Bulloch and Barker understand that to accurately portray a cityscape one must sometimes engage with the source of its design. Similarly, Carl Andre appropriates limestone that makes up millions of structures throughout the world. The geometric, brutalist sculpture presented within the gallery highlights not only Andre’s sense of industrial material but is also a simple aesthetic homage to postmodern architecture.

Eric N. Mack characteristically uses fabric and peg boards to create expressionistic and formal compositions. The work offers a sort of portrait of a cityscape, as the artist will often use found material to make sculpture. The elements from which these art objects derive from can be found in shops that populate New York City. The pegboard sculptures can also mimic barriers and/or ad hoc shelters, behaving like preliminary designs for a larger structure. A literal maquette is presented in the exhibition by Dan Graham, who showcases a small, spiral glass model that is inhabited by small dolls.

Lastly in Metropolis are paintings that detail specific nuances of buildings by Luc Tuymans and Kelley Walker. Walker utilizes a four-color silkscreen process to create his illusionistic brick painting. The piece is a hyperreal illustration of the thing-within-itself, a portrait of the very structure from which it hangs. Ceiling (1993) by Luc Tuymans is a study of the trusses of an ambiguous room. The beams are executed within his familiar palette, and their anonymity erases any semblance of banality the subject matter may have. The trusses could hold the roof of a hospital, a death chamber, a school, or home. This obscurity is a continual theme with the work in the exhibition, as the artists showcase the remarkable similarities that metropolises have across the planet.

Larry Clark was born in Tulsa in 1943 and lives and works in New York, NY and Los Angeles, CA. In 1995 Clark released his first feature film, Kids, which premiered to critical acclaim at the Sundance Film Festival. Clark’s other film projects include Another Day in Paradise (1998); Ken Park (2002); Wassup Rockers (2005); and Marfa Girl (2012), which was released independently on the artist’s website and was awarded the Golden Marcus Aurelius Prize at the 7th Rome Film Festival. His most recent feature, The Smell of Us (2014), was written and filmed in Paris, France. Recent solo exhibitions have been held at The Drexel Collection, Philadelphia, PA (2015); Chrysler Museum of Art, Virginia, VA (2014); Museet for Fotokunst Brandts, Odense, Denmark (2012); CO Berlin, Berlin, Germany (2012); Musée d’Art moderne de la ville de Paris, Paris, France (2010); and Centre for Contemporary Art, Warsaw, Poland (2009).