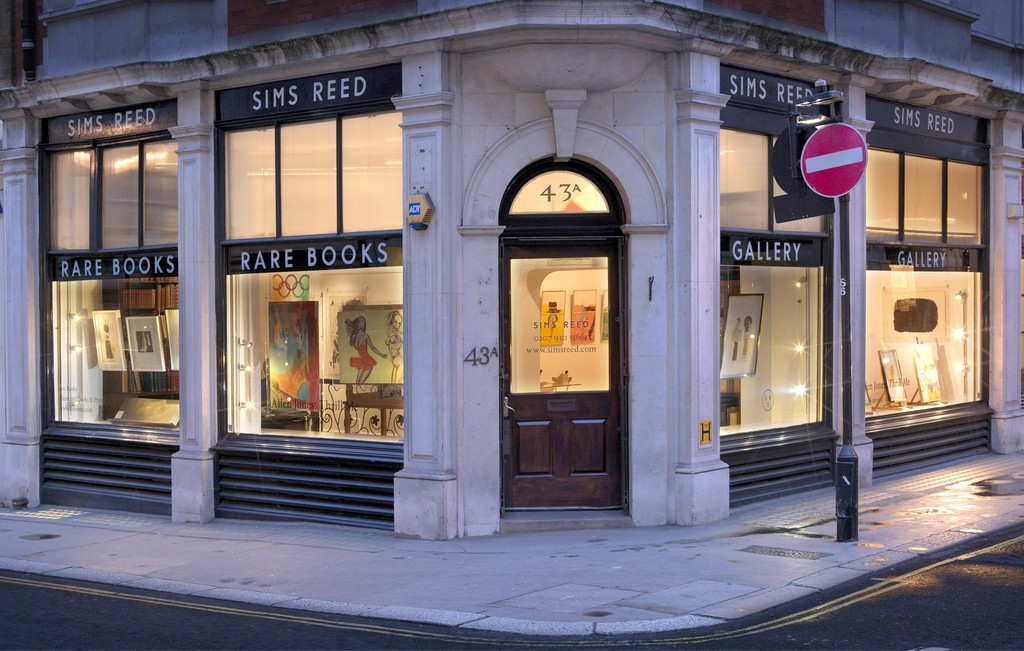 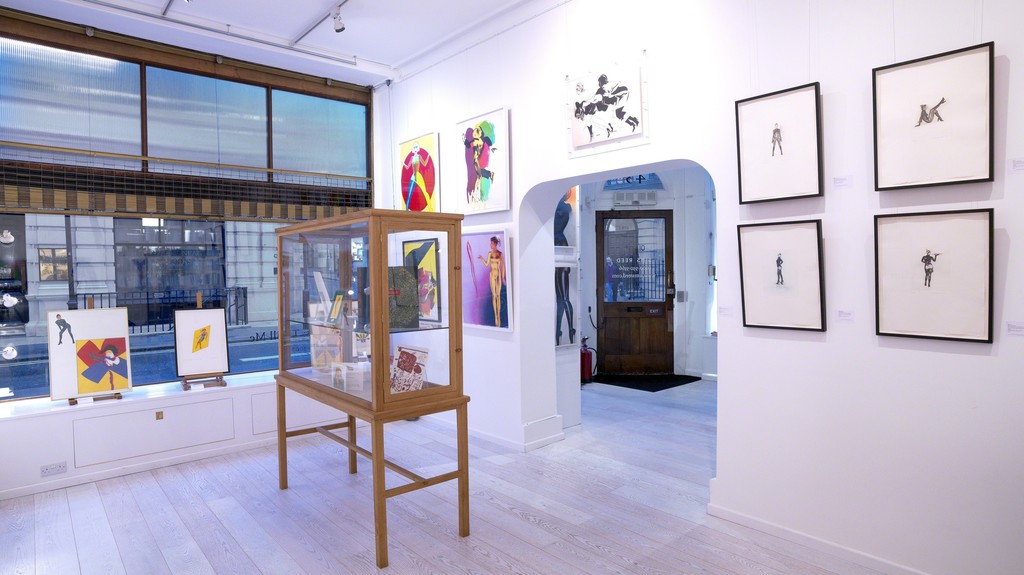 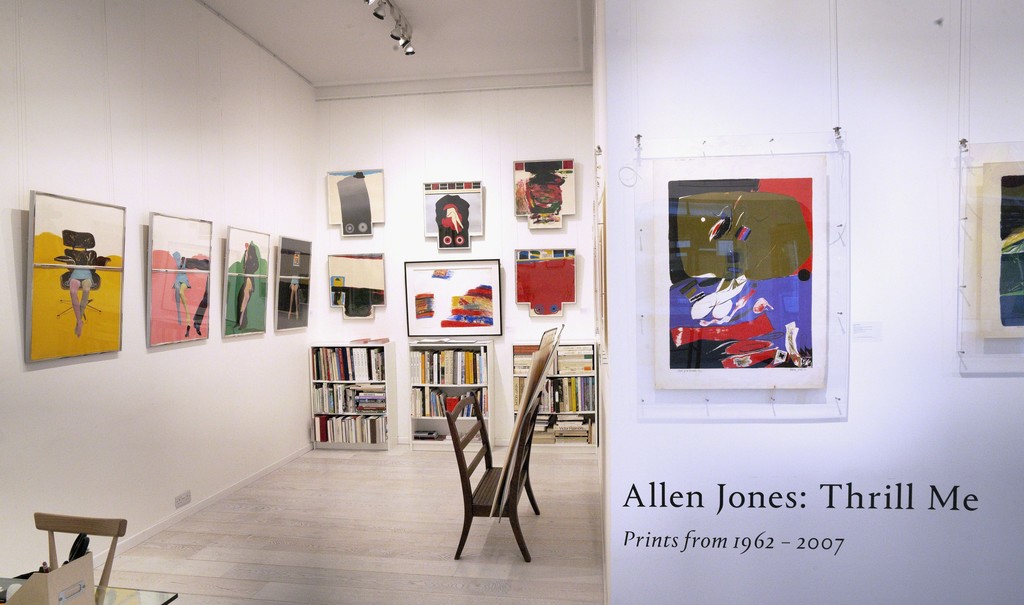 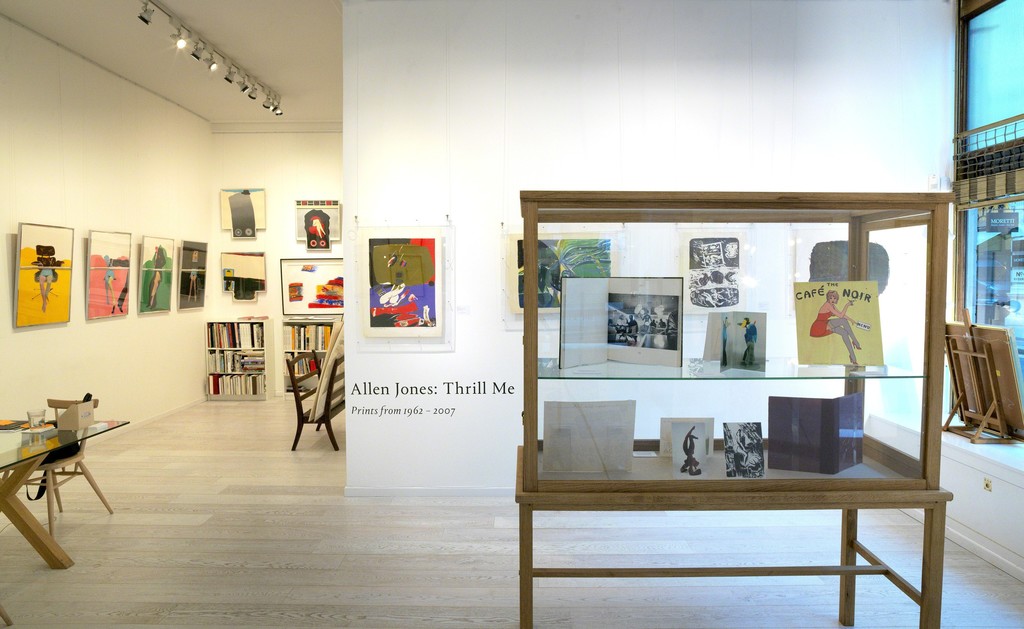 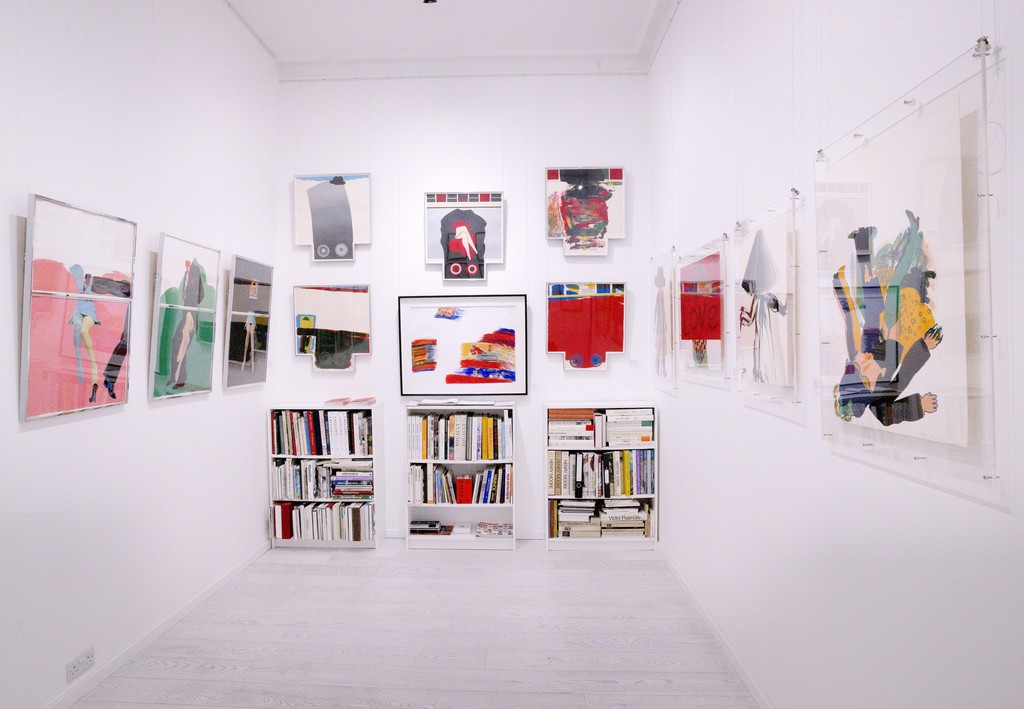 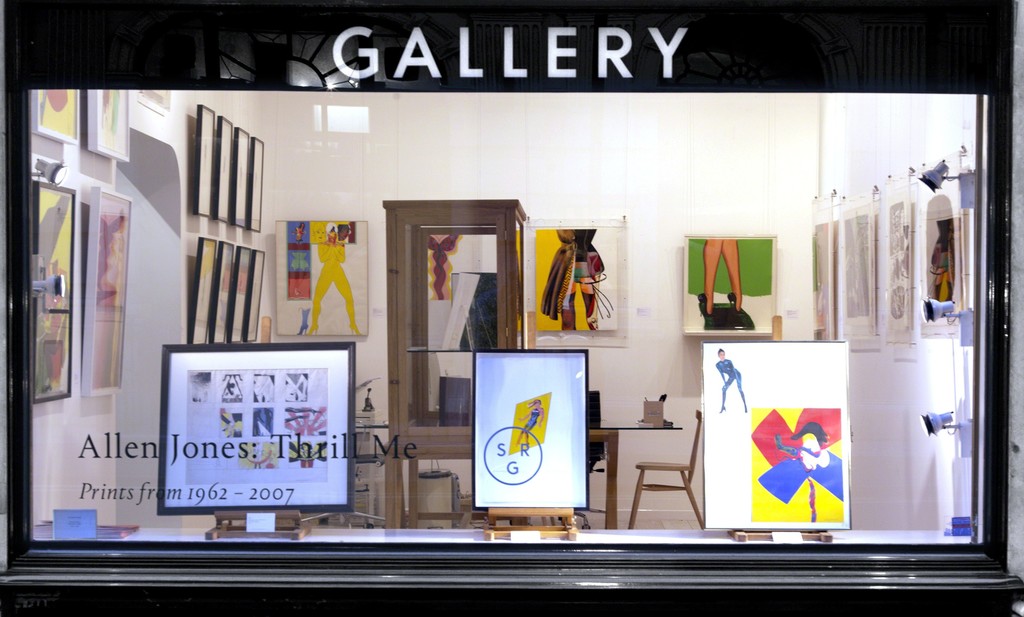 Exhilarating, provocative and boldly inventive, Allen Jones’ work has reflected and inspired British culture over the last half century. One of the most renowned and controversial British artists of the 20th century, Allen Jones has been fundamental in contributing to the rise of British Pop art. During the course of his prolific career, he has worked with painting, sculpture, printmaking and drawing to produce a large body of work that has inspired, shocked and fascinated across the board. His unique oeuvre draws on themes that include sensuality, erotic imagery, fetish and pin-up glamour. An extremely sophisticated and erudite artist, he uses colour, subject and form in innovative and intriguing ways – and continues to experiment and push boundaries. He employs colour to describe form with graphic precision yet also injected with energy and freedom of gesture.

The imagery in his work is inspired by the iconography of city life, advertising, consumer culture and theatre. Energy, vitality and movement infuse his works. The exhibition Thrill Me celebrates over forty years of printmaking, which has been an integral and consistent part of his artistic practice since his early student days. It was at Hornsey College of Art (1955–59) and the Royal College of Art (1959–60) in London that he studied lithography and gained fluency in the medium, alongside painting. The unique melting pot of contemporary students at the Royal College of Art during that time – including his peers Derek Boshier, Patrick Caulfield, David Hockney, R. B. Kitaj and Peter Phillips – turned out to dominate decades of British art. In 1961, Jones accepted a teaching post in lithography at the Royal College of Art and immersed himself in the history and technical possibilities of the medium. This foundation paved the way for printmaking to form a consistent thread throughout his career, influencing and in turn, being influenced by, his painting and sculpture. We have amassed a small group of early, rare prints made between 1959–62 during the artist’s time at Hornsey College of Art. This includes Head in the Wind (1959), the second print ever made by the artist, Fleeing People (1960), Fire Has Broken Out (1960) and Face of a Woman (1961). These wonderful experimental lithographs show how Jones was exploring and working out strategies for figuration. He also begins paying particular attention to the material identity of the print as a sheet of paper laid with ink and capitalising on the potential of the paper. During this period, there is a nod to Jean Dubuffet, Paul Klee, Wassily Kandinsky and early Abstract Expressionist artists such as Willem de Kooning.

Although Jones has experimented with etching, he works mostly in lithography and screenprinting. He has also played with photographic images in prints, drawing on the interplay between graphic images and reality, such as in Thrill Me (1969) and Janet I – IV (1999). He views photography as an extension of the possibilities of his picture making and one can see photographic elements weave through his prints. Lithography has enabled Jones to fuse the qualities of seductive, expressive and evocative lines with rich colour. On the process, he commented in 1963:

“Lithography is now so automatic to me that there is no ceremony attached to working in this medium, hence I tend to develop more original ideas this way, before they appear in my paintings as a sort of automatism.”

Between 1964–69, the artist travelled to America and his exposure to the work of American Pop artists inspired him further, through colour and source imagery, paving the way for the more provocative and sexually charged subject matter of his future work.

Jones has never been afraid to challenge conventions. This can be seen in portfolios including A New Perspective on Floors and A Fleet of Buses (1966). For Buses, he used the paper itself as the outline of the subject matter, discarding the lower corners of the paper, so that the remainder of the lower sheet would appear as wheels of the vehicle. Similarly, the prints of A New Perspective were designed to be folded at right angles to form the join between the imaginary wall and floor, playing with the viewer’s sense of perspective. In the series Life Class (1968), Jones hints at the possibility for the viewer to handle the prints themselves and recompose the pairs of images into different combinations. He views creativity as a collaborative act involving the spectator.

Jones has responded to the possibilities that technology has offered, as it has developed over time, such as in works such as Playtime (1995). For this print, he drew on sheets of Mylar – a clear plastic sheet – allowing for the precise registration of the most delicate and detailed lines and marks, in a way that would not be possible if done on stone, as is typical of conventional lithography. However, in Man Composing Himself, printed in the same year, he returned to printing directly on stone, showing his dexterity and commitment to the techniques that he had learned in the past thirty years.

Over the past four decades, Jones’ work has been exhibited around the world in solo and group exhibitions and his work is held by numerous museum collections. There have been three major retrospectives of his work: ICA, London (1978); Walker Art Gallery, Liverpool (1979); and the Barbican Gallery, London (1995). In 1986 he was elected as a Senior Academician at the Royal Academy of Arts, London. More recently, Allen Jones had a solo show at the RA in 2014–15.