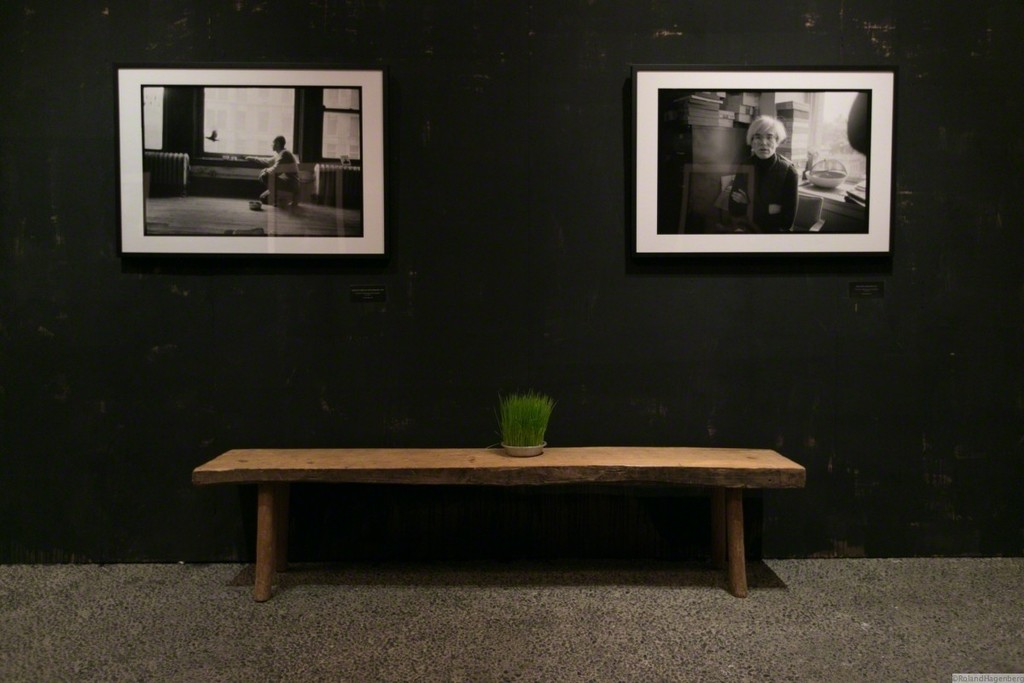 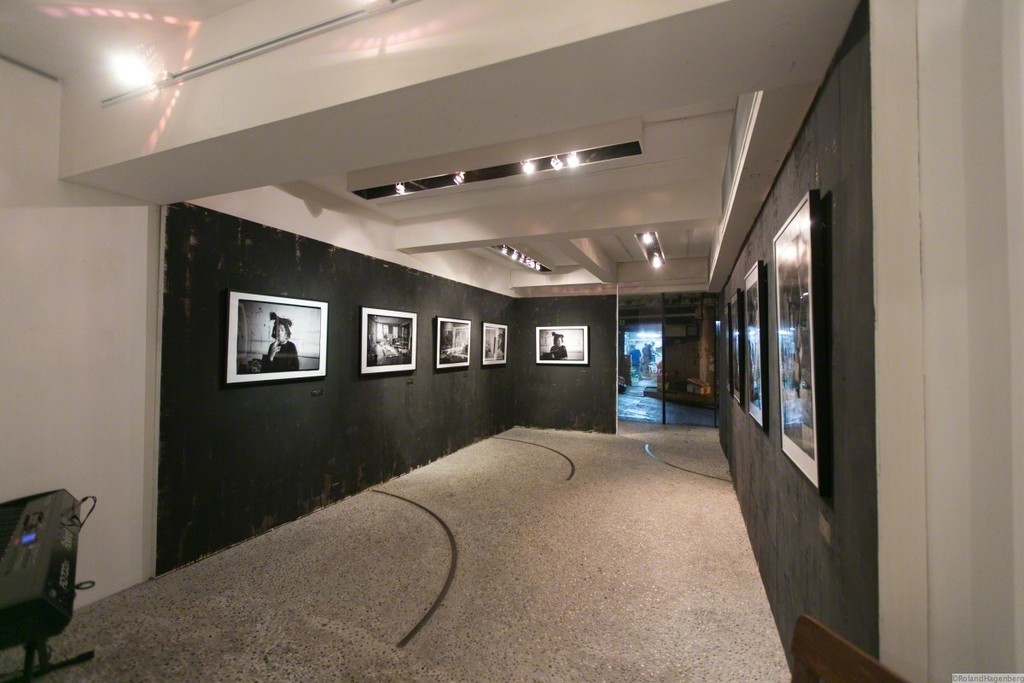 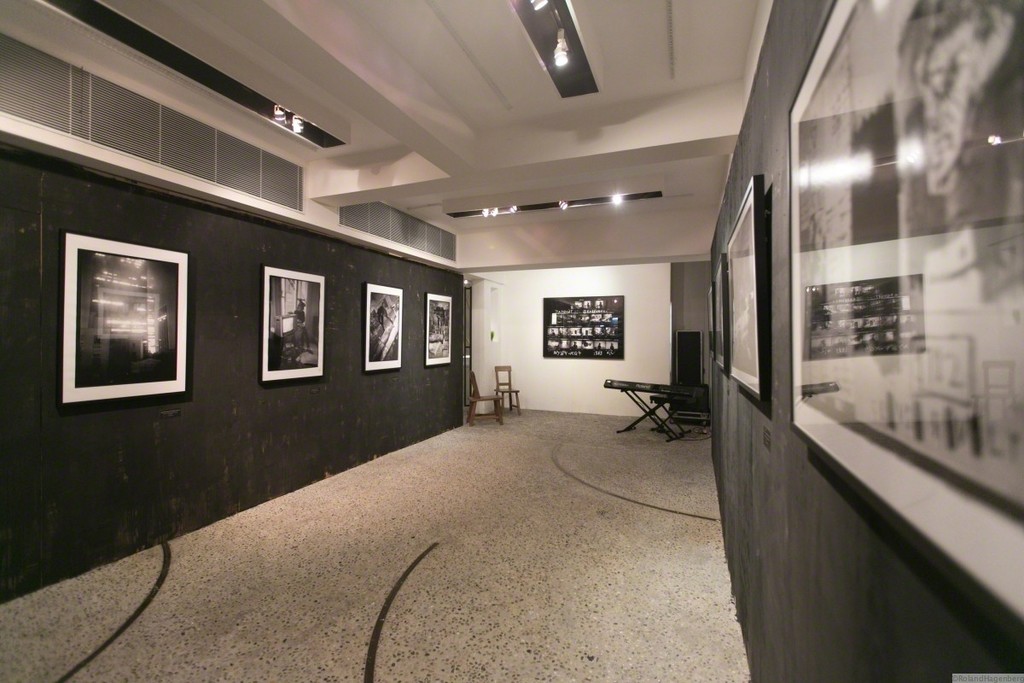 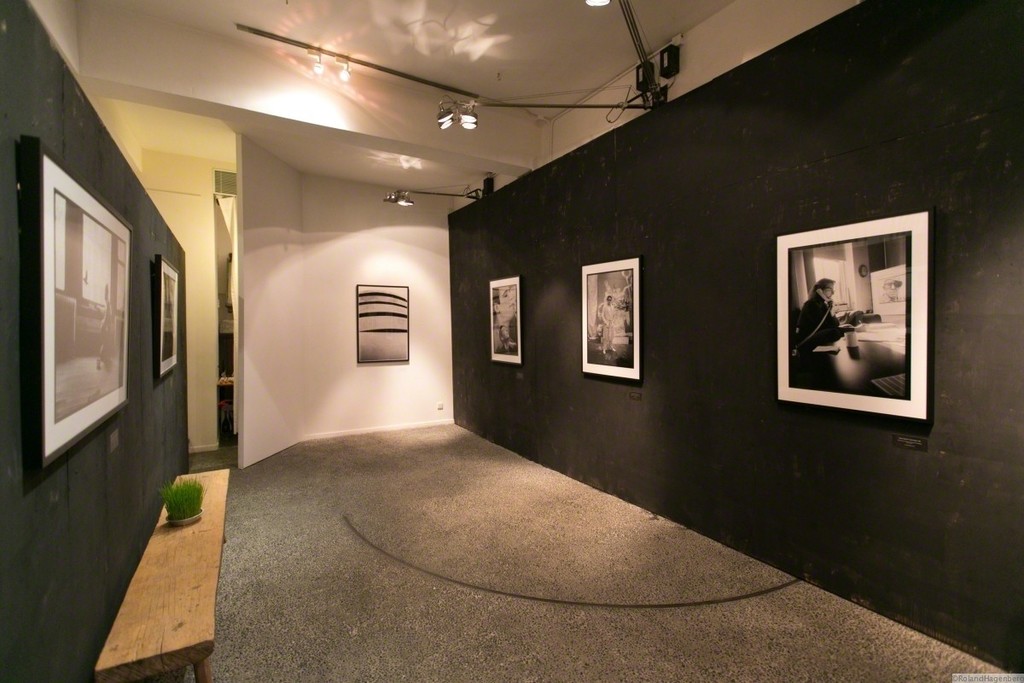 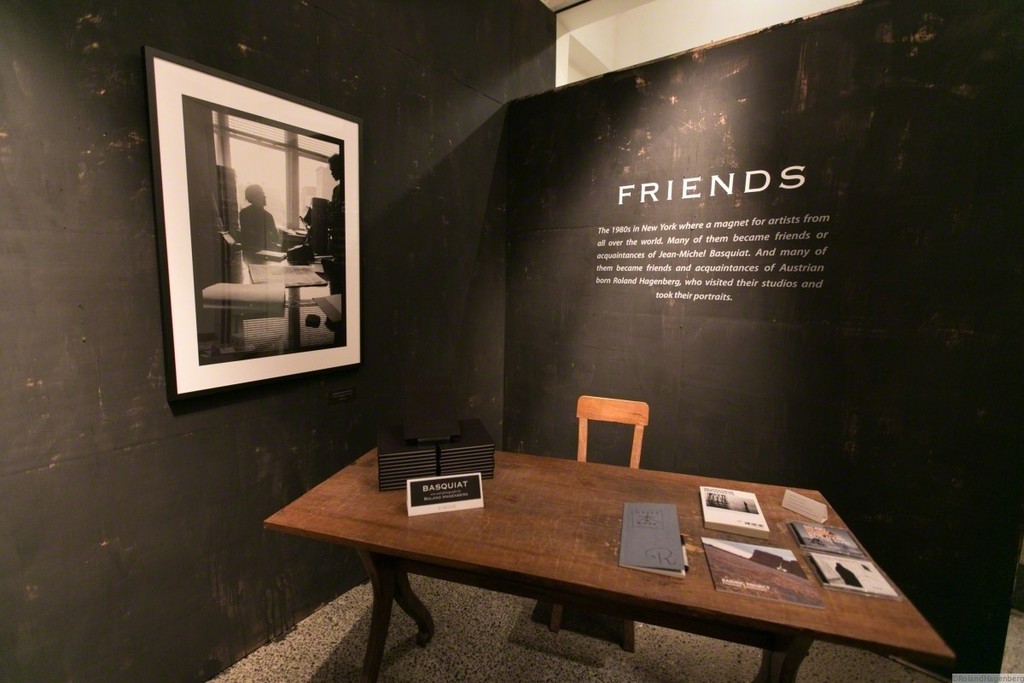 Jean-Michel Basquiat and Friends:
Photographs by Roland Hagenberg
During the 1980s Austrian artist, photographer and writer Roland Hagenberg documented the art
world in New York, where he met Andy Warhol, Jeff Koons, Keith Haring, Louise Bourgeois, Robert
Mapplethorpe and dozens of other renowned artists in their studios. Among them was also JeanMichel
Basquiat whom Hagenberg photographed while painting in his Crosby Steet studio. The result
was a portfolio of black and white photographs depicting Basquiat’s dark-romantic world with a sense
of foreboding: A few years later the painter overdosed on heroin at age 28. At auction houses
Basquiat’s paintings are now on level with the most expensive contemporary art works worldwide.
Besides their exquisite imagery, Hagenberg’s Basquiat photographs are also unique from the
historical perspective: Only a few visual documents exist from that particular period in Basquiat’s
desolate Crosby Street studio. They depict an artist – natural and unassuming, quite contrary to later
years, when he fell under the spell of Andy Warhol.
The exhibition “Jean-Michel Basquiat and friends: Photographs by Roland Hagenberg” is presented at
Sin Sin Fine Art’s two venues: The Basquiat images at 54 Sai Street and next door at Nr. 53 Hagenberg’s
portraits of other artists, that shaped the art world of New York three decades ago. All images are
accompanied by small anecdotes that Hagenberg wrote to explain the situation when the
photographs originated – mostly in an intimate and trustful environment.
A special book, "Basquiat" - with text and photos by Hagenberg is published to mark this exhibition.
The book focuses on Basquiat himself, with some photographs of Basquiat not shown in the
exhibition. Hagenbergs' poetic musings accompanied his photographic works. The "Basquiat" book is
available for purchase at Sin Sin Fine Art and at selected fine bookstores (list coming up).
Roland Hagenberg grew up in Vienna, Austria and has been living in Tokyo for twenty years. Part of his
work has been to collaborate with other artists. For instance, with Martin Kippenberger he created the
publication „Vom Jugendstil zum Freistil“ in Berlin, with Karel Appel the 600-page-text-collection
„Dupe of Being“ in New York and with Yayoi Kusama a limited edition named „plantSÜDEN“ in Tokyo.
Hagenberg‘s books have been published in several languages. At the moment he collaborates with
Japanese architects to build small experimental guesthouses in Raiding, birthplace of composer Franz
Liszt in Austria. The first building by Terunobu Fujimori (Storkhouse) opened to the public last year for
which Hagenberg was awarded the Austrian Tourism Innovation Prize. This year construction
continues with Hiroshi Hara, followed by works of three Pritzker Prize recipients: Toyo Ito, Kazuyo
Sejima und Ryue Nishizawa.
Hagenberg’s New York photographs where captured on 35-mm Ilford HP5 film. An oversized version
of a contact sheet depicting Jean-Michel Basquiat mounted on aluminum (150 x 110cm) is also on
view at Sin Sin Fine Art.
The photographs have appeared in numerous magazines worldwide as well as in catalogues for
prestigious institutions such as the Musee d’Art Moderne Paris, Christies and Bonhams. A set of
Hagenberg’s large-size Basquiat prints was recently acquired by the renowned art collection of Nicola
Erni in Switzerland and on view at ponyhof artclub contemporary art in Munich.
Film director Jean Michel Vecchiet integrated Hagenberg’s photographs in his 2010 documentary
„Basquiat“ for the Musee d’Art Moderne in Paris. A trailer is on YouTube:
www.youtube.com/watch?v=5eRZP7P_Az0 (or can be found with the search-terms: basquiat
hagenberg film).