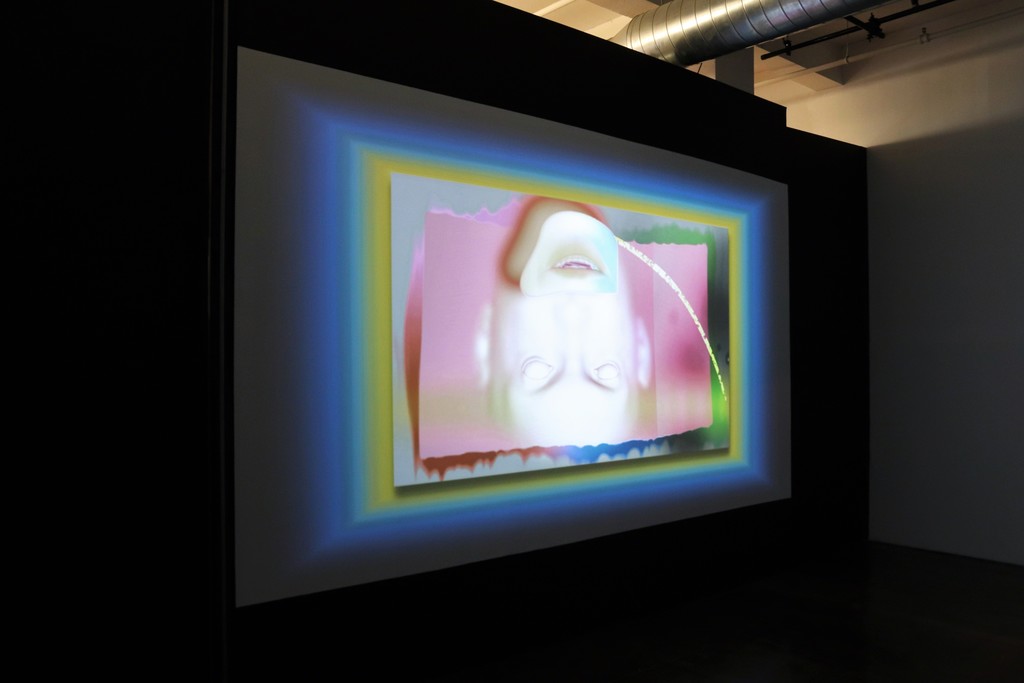 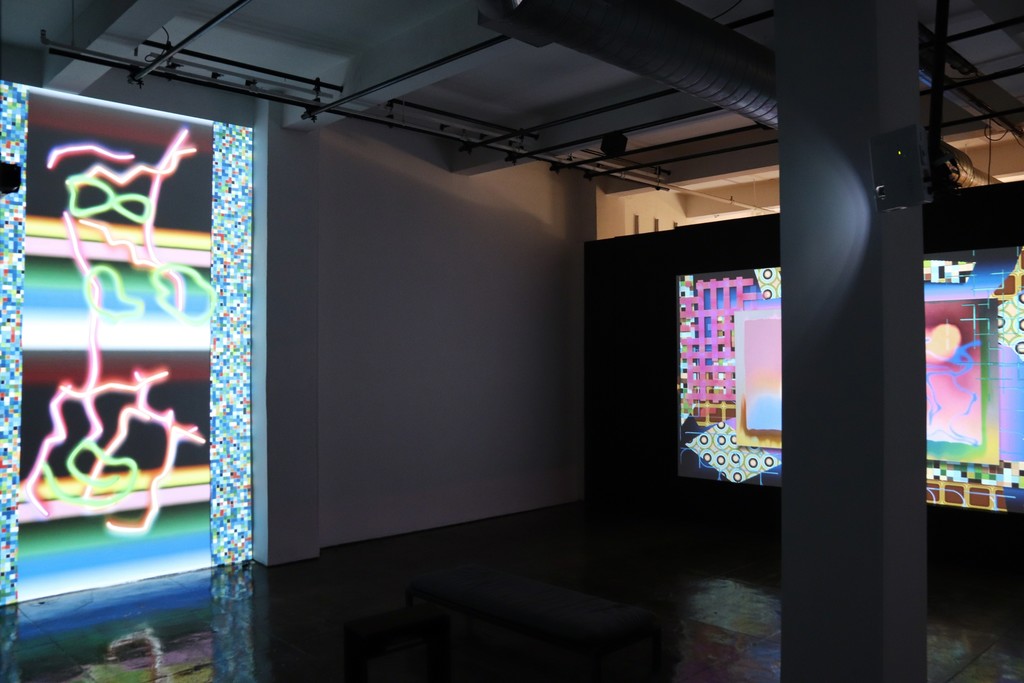 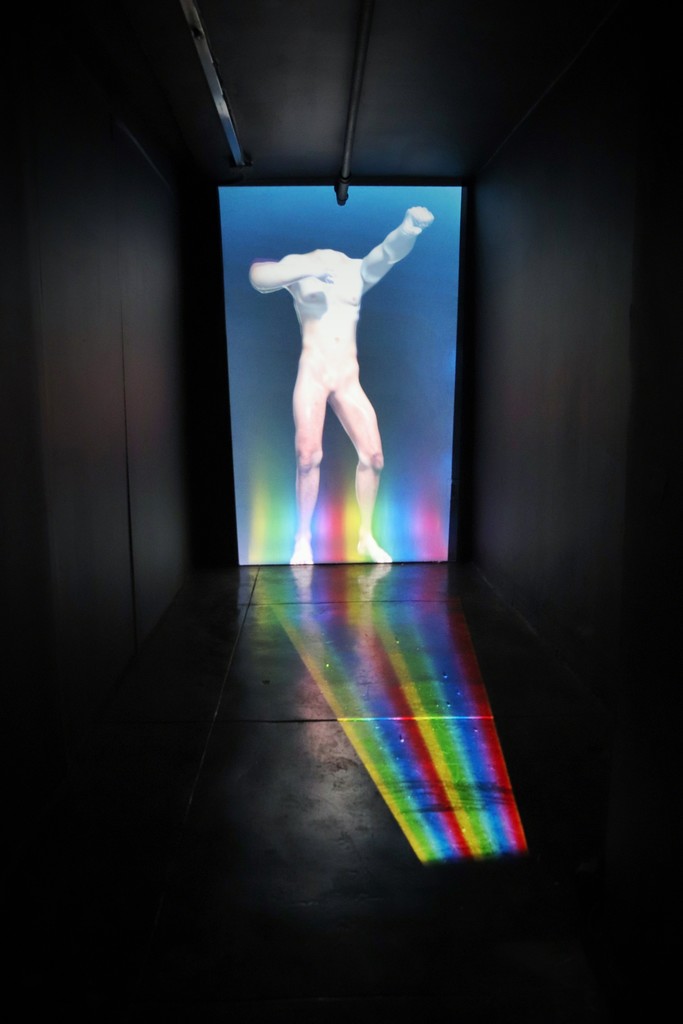 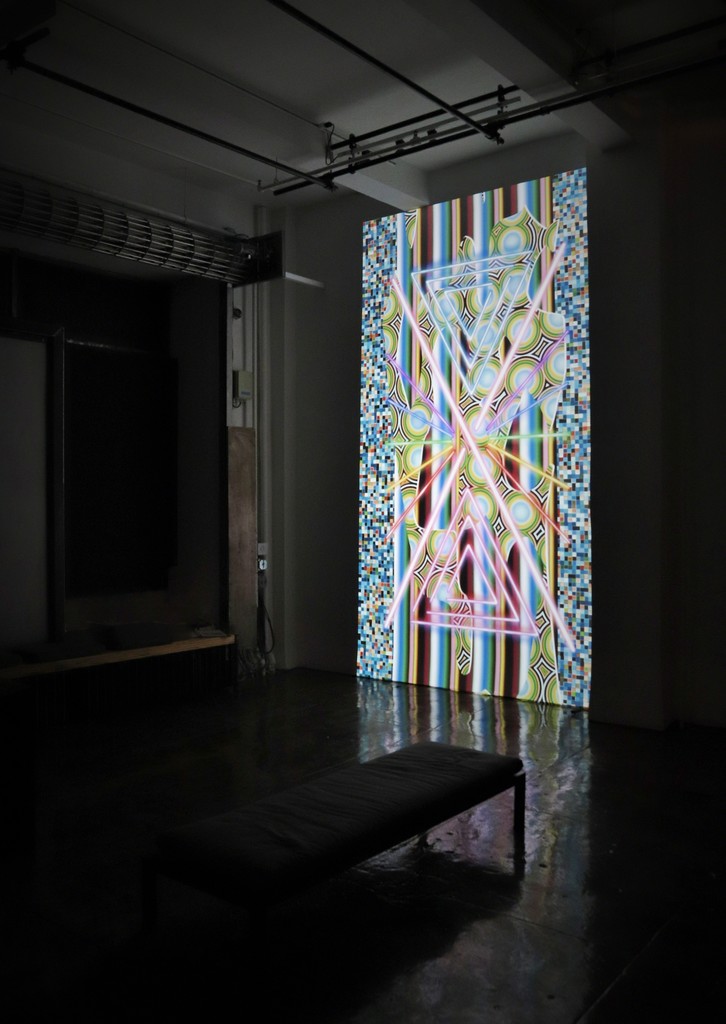 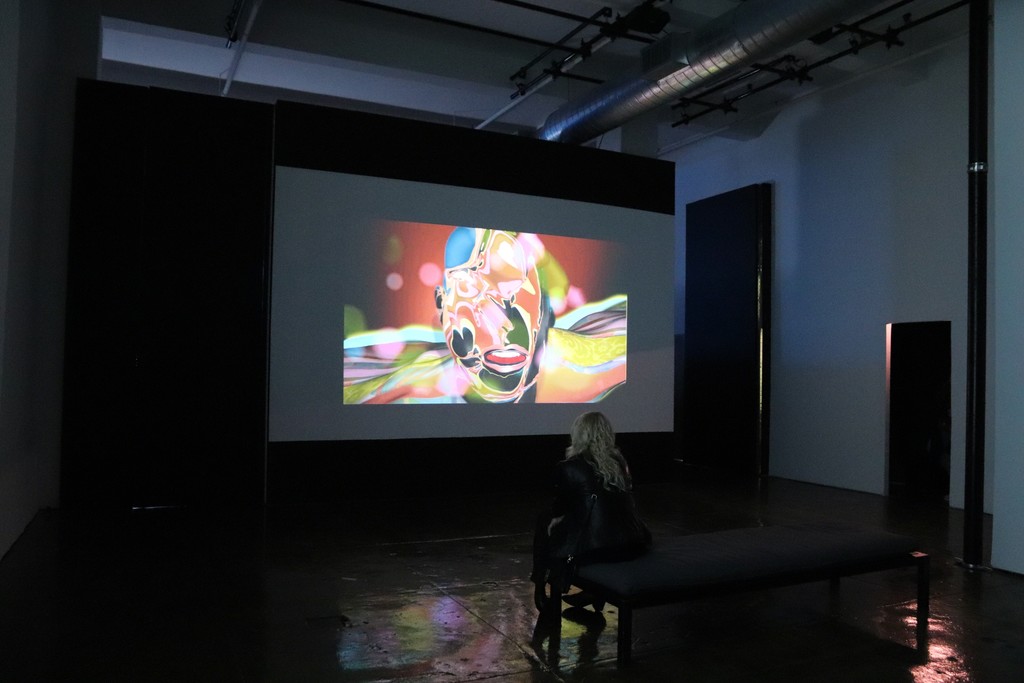 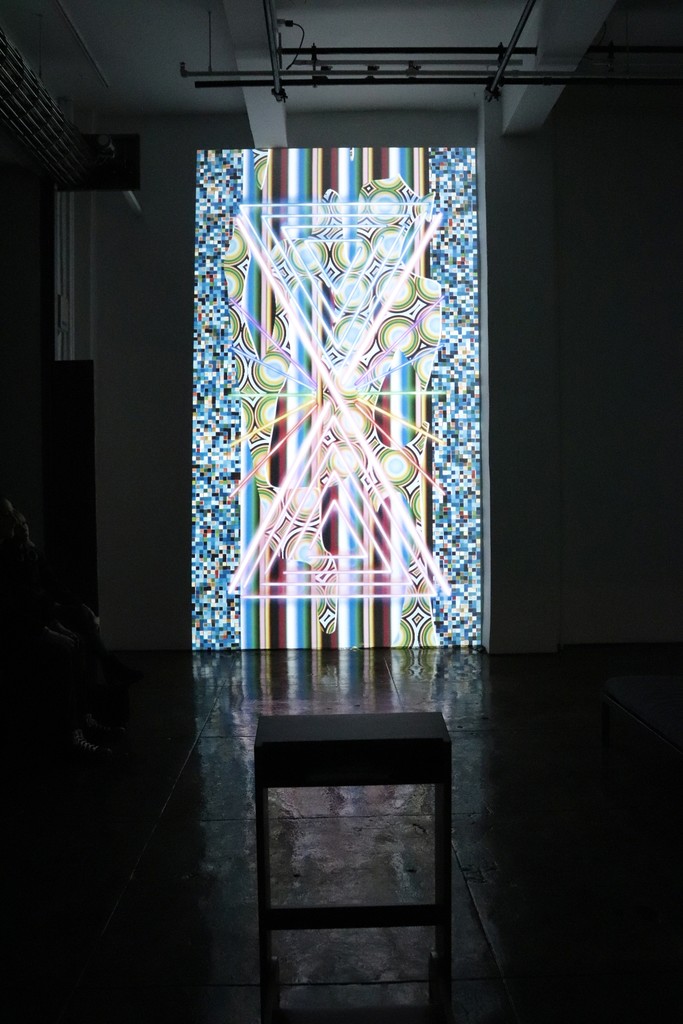 "Black Night White Light" centers on three projected digital animation pieces that incorporates motion capture, vocal performance, 3D animation, and trompe l’oeil visual effects. Sean Capone attempts to
convince the viewer of their very authenticity, while struggling to maintain coherence within the artifice
of their own screen-based reality through his media art.

The centerpiece of the exhibition, "Male.Dictions" is the artist’s contribution to the genre of
fantasy/sci-fi and features his own automaton-like characters in the form of floating heads engaged
in pontificating and satirical monologues. The dialogue is composed of a fragmentary word-heap of
cryptic prognostications, emotional appeals, email-spam nonsense, troll rantings, and other forms of
’avatar poetics.’

The projected animated marquis, "Global Illuminations" conveys the semiotic/erotic energy of neon
signage mixed with the luminescent mosaic surface and architectural scale of stained-glass
windows. It consists of abstract poetic texts and pseudo-mystical sigils simulated as a towering video
mural, to create a space of possibility for ritual energy, and communion.

Sean Capone is a Brooklyn-based moving image artist working primarily in 3D animation, public art
installation, and motion-capture performance. With a combination of high tech and low humor, he
explores the poetics, absurdities, and strange embodiments of screen space and digital culture. Sean
received his MFA in Time Arts from the School of the Art Institute of Chicago.