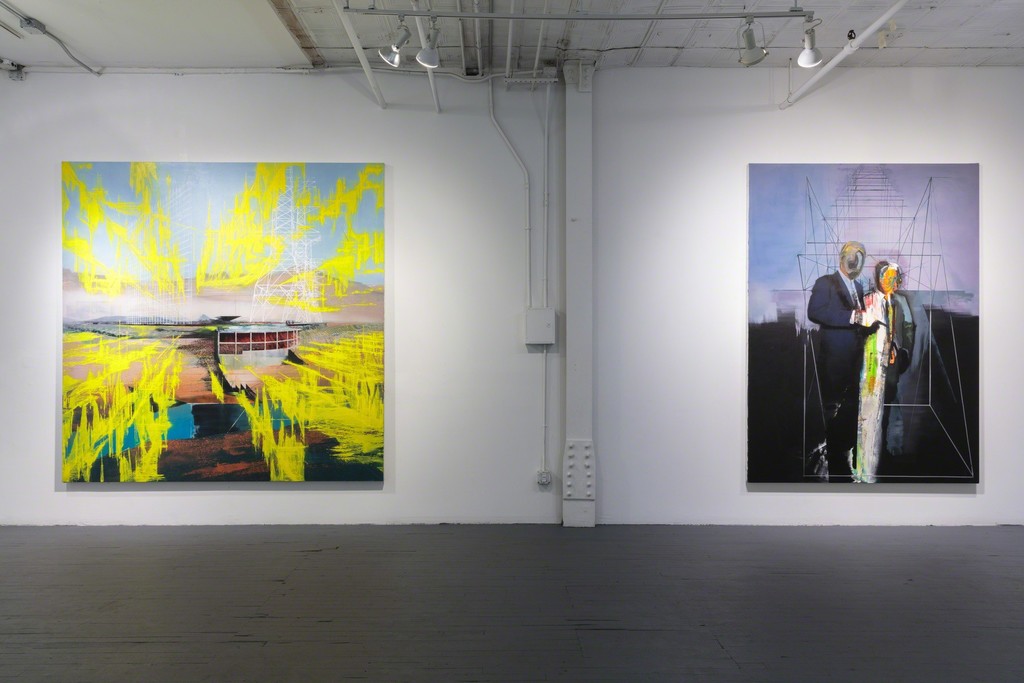 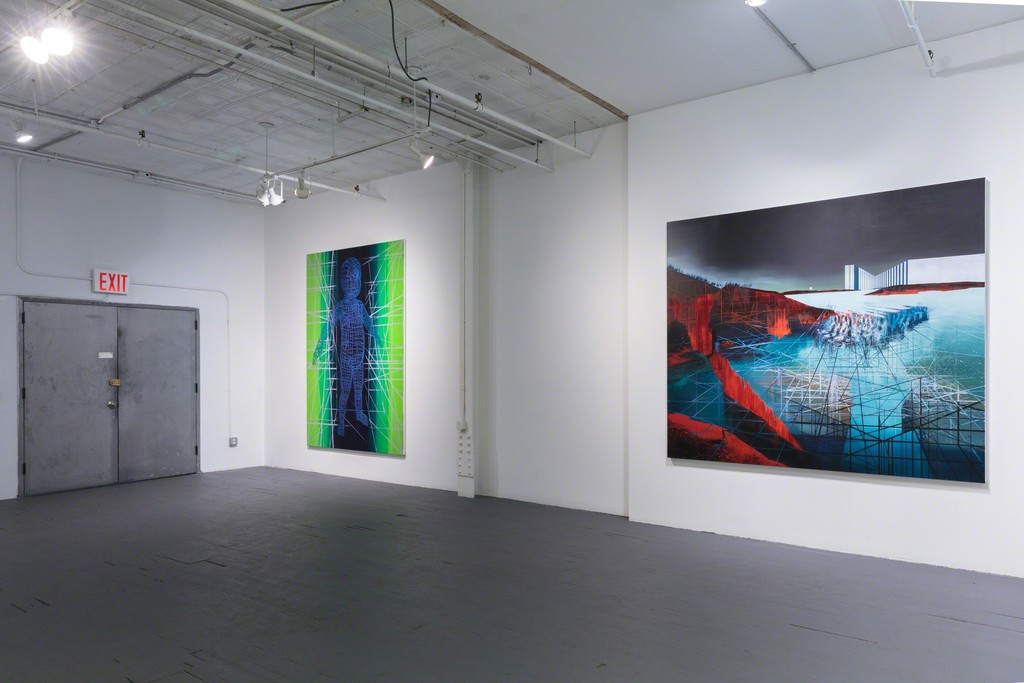 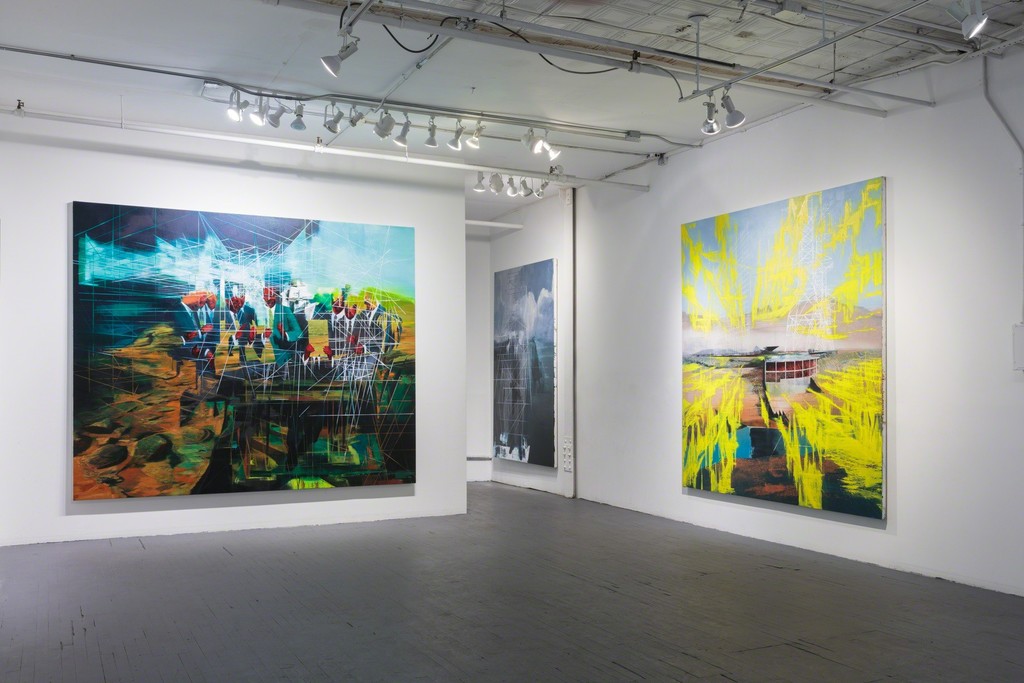 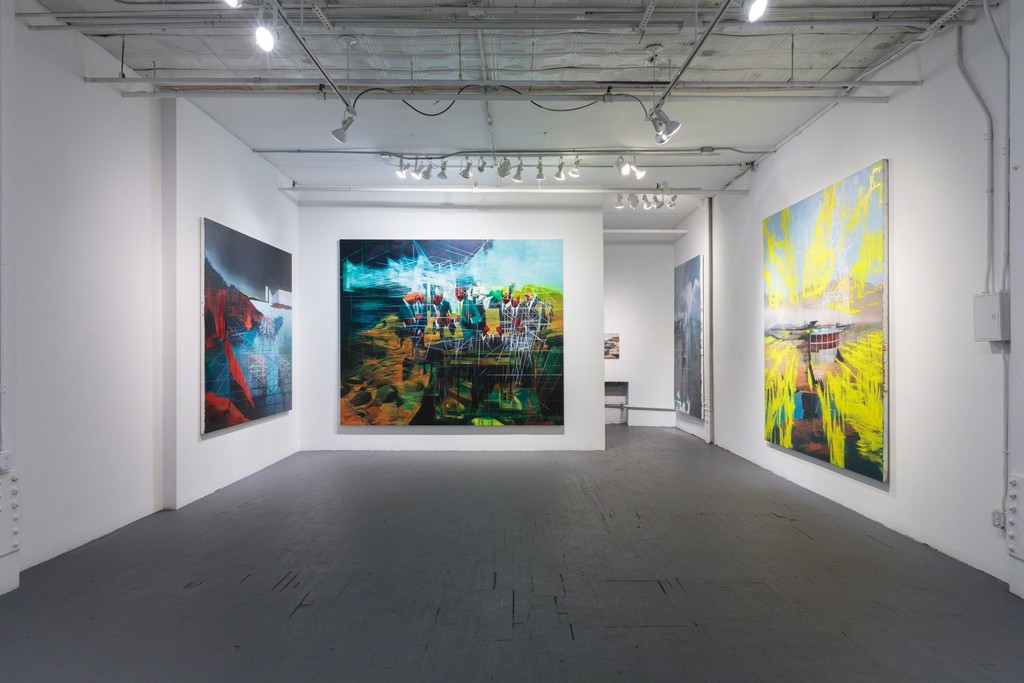 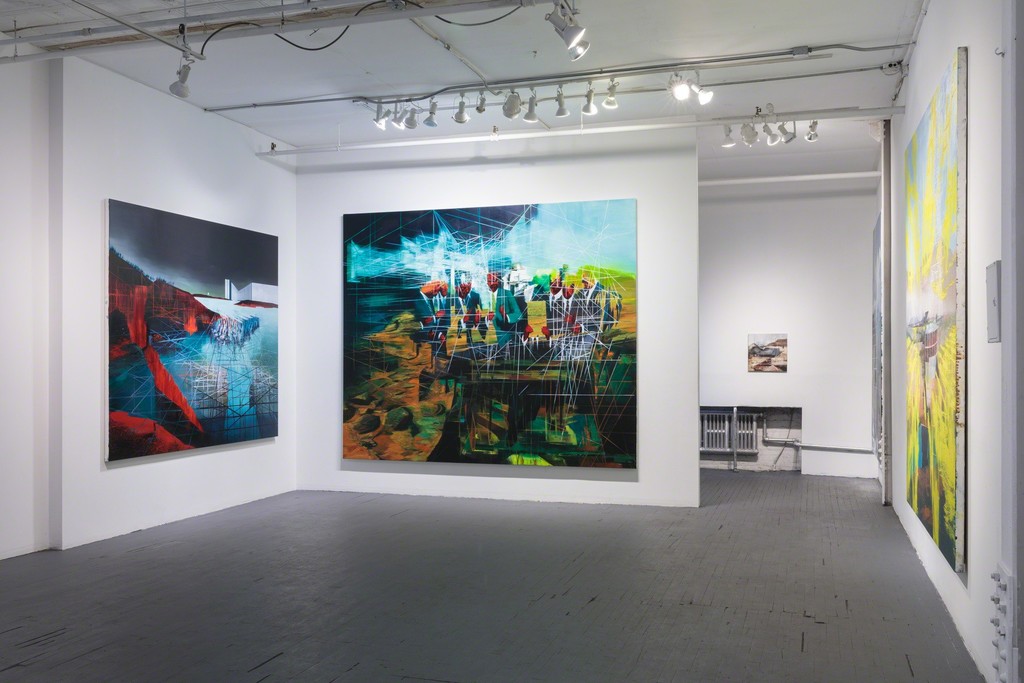 Slag Gallery is pleased to present Dark Pool and Data Lakes, a new body of work by Tim Kent. This exhibition is Kent's third solo exhibition at Slag Gallery.

Dark Pools and Data Lakes presents works that speak to perceptions of power as it appears in different guises: political, informational, techno-mechanical, and biological. Perspective grids, which represent displays of power, are shifted via systems of multi-point vanishing lines, complicating a clear position and revealing its interrelated dominion structures. Kent adopts New Aesthetics' proposal that the digital has entered our visualizations while implying with his use of perspective that a programmatic way of seeing has been a part of a Western conception of image-making for centuries. Kent breaks the surface plane of the work but is not only interested in one object in its space and time. Rather, he is concerned with how objects act as nodes in relation to one another, creating structural nets.

Computer-based technologies now design buildings, alter people, and identify targets, making the analog world a sort of realization of the digital, which Kent introduces with his multifaceted surrealist situations. A painting has a particular ability to reveal how power works. By disclosing the structures that create the illusion of realism without simplifying them, Kent's multi-point perspective images present the overwhelming complexity of power, while his use of abstraction calls for reflection. In the context of the infinitesimally detailed images possible in today's world, Kent's paintings eschew hyperrealism in favor of the challenges of abstraction, asserting that humans see through ideas and not only perfectly rendered objects.

So poignantly summed up by Paul D'Agostino: "Kent's compositions point back and forth to one another via schematized precisions suspended in voids, or via chimeric presences softly defying their matrices, such that transfixed onlookers might well wonder forever what might be appearing, or disappearing, in those chambers."