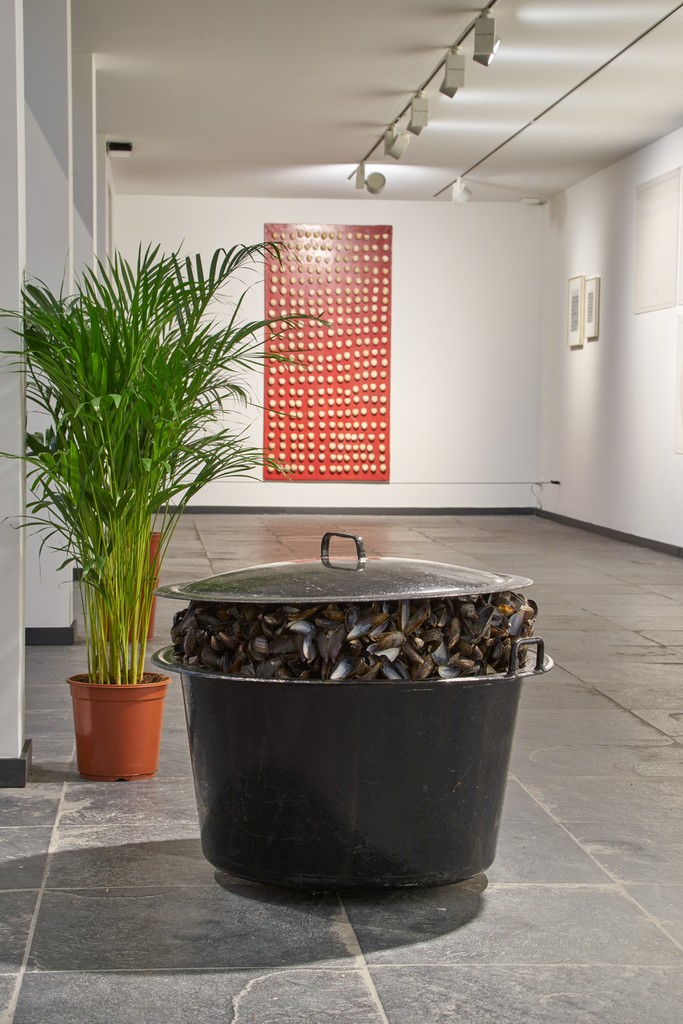 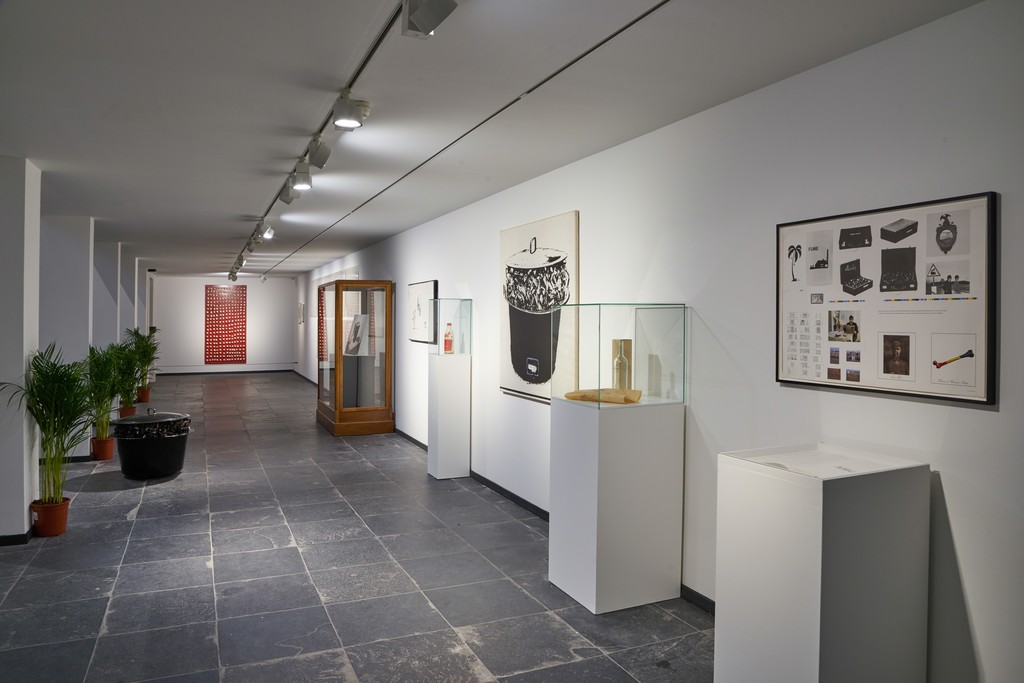 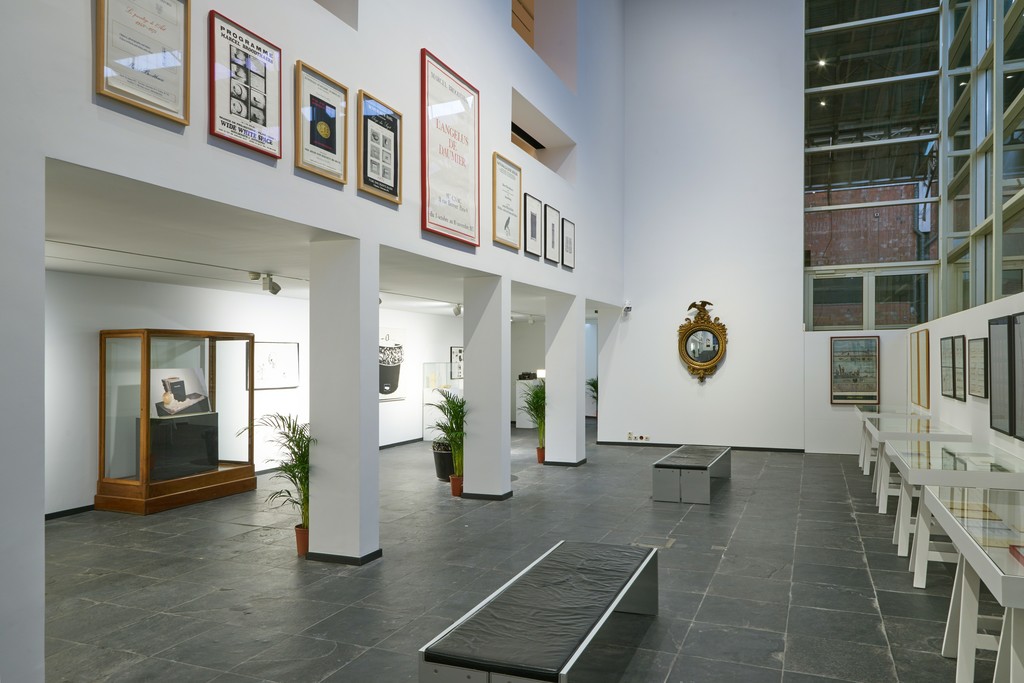 Broodthaers made his name as one of the most influential figures in 20th-century art. During his lifetime, the impact of his artistic practice was not only felt in his own country. He soon made his international breakthrough with work that forms a lasting legacy.

Broodthaers’ career as an artist began with the work Le Pense-Bête (1964), which is considered as the pivotal point between his life as a poet and as an artist. For S.M.A.K. it is a great honor to keep this key work in the collection and to show it in the Broodthaerskabinet. By setting a number of unsold copies of his last poetry book in plaster, he nearly made it impossible to read them. This signalled the genesis of an ‘object’, which, to his great surprise, as an art object, elicited much more interest than the poems themselves ever did. Broodthaers referred to Le Pense-Bête as his first ‘proposition artistique’, his first act as a visual artist.

It would be hard to overrate the role Marcel Broodthaers played when it comes to thinking about (the place of) art, its function and history. His oeuvre offers an excellent reflection on the meaning of art and its institutions (e.g. museums). This is why the S.M.A.K. dedicates a space exclusively to him: the Broodthaerskabinet.

The Broodthaerskabinet was realised in close collaboration with Maria Gilissen-Broodthaers.