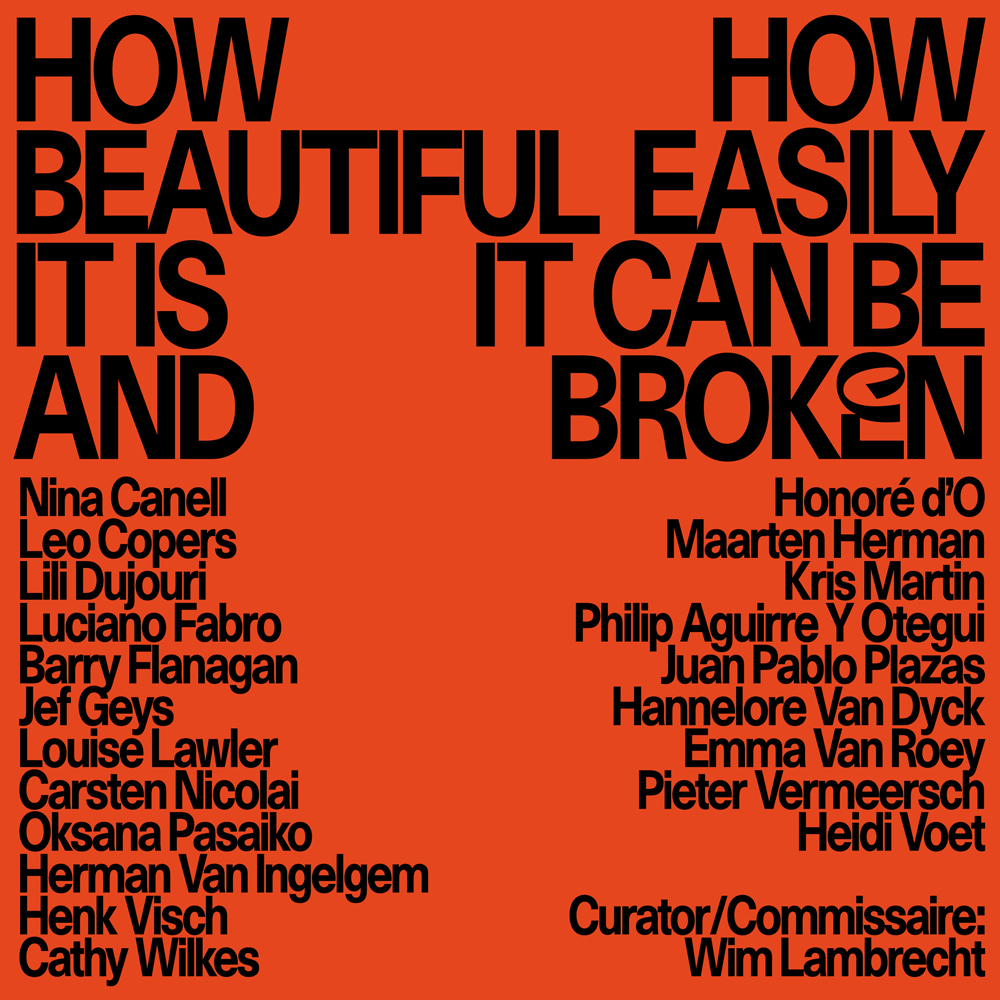 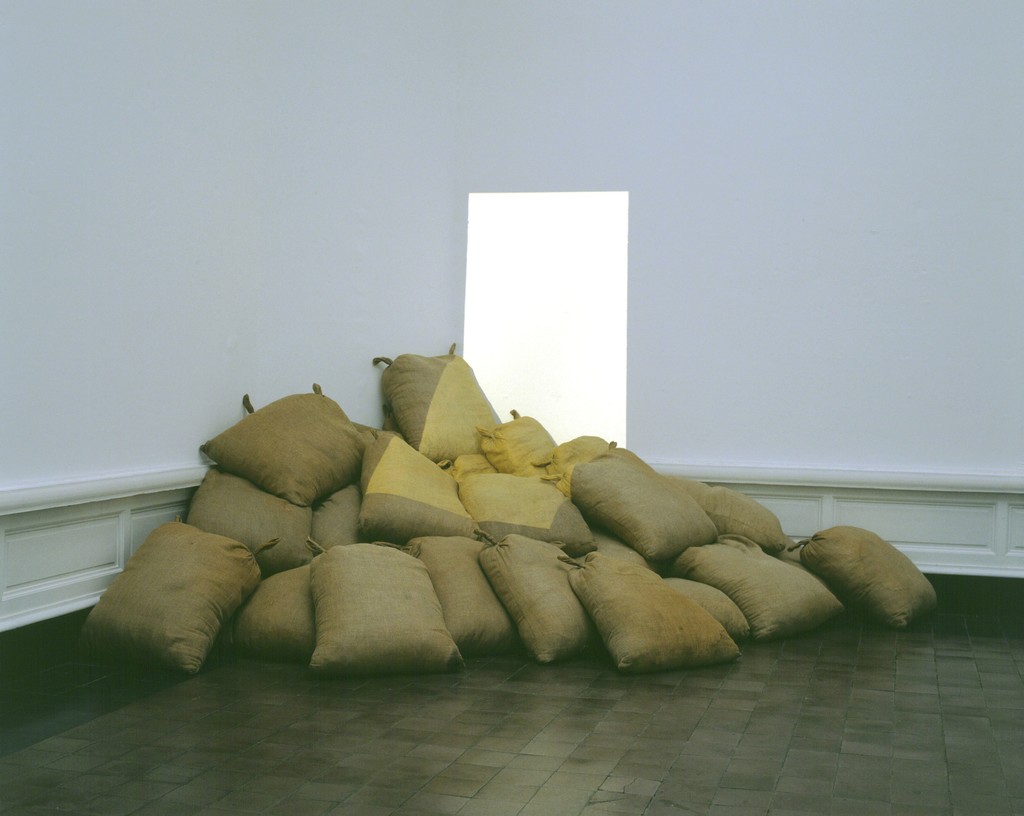 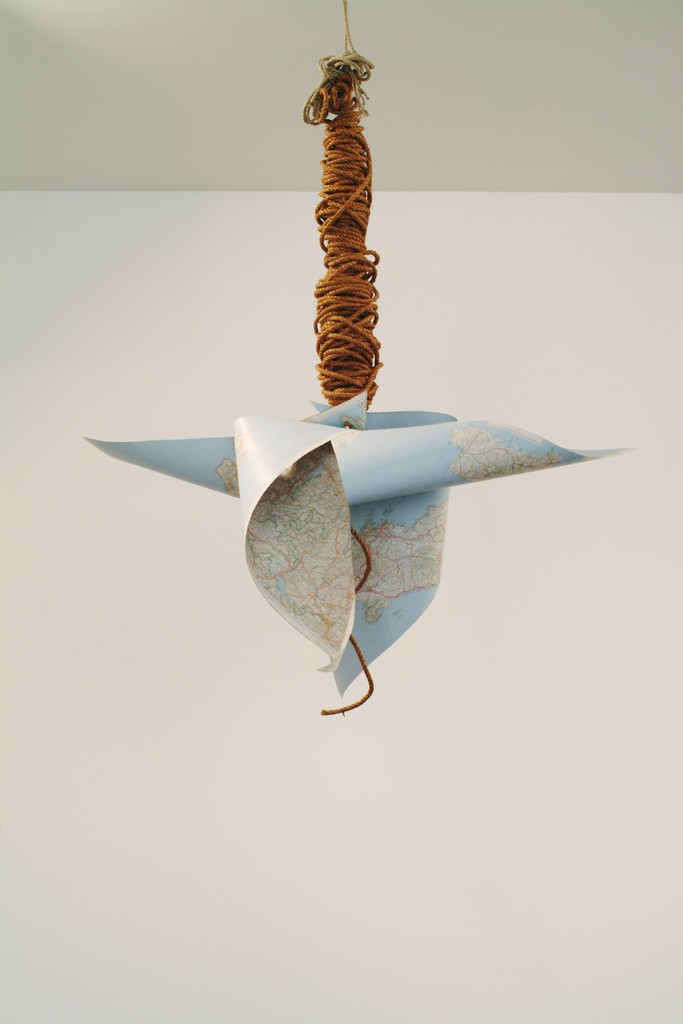 Dear Journalist,
I sought out a number of artworks. Some were in the S.M.A.K. collection, others I requested. What they have in common is their origin. They arose out of their maker’s fever, the bustling space of the studio, hoping to find their way to an individual, an institution, a collection. But even there they may vanish into the folds of anonymity, chiselled without a face, wounded in the past. This makes them vulnerable.
I am not concerned with what makes artworks into artworks. I am more interested in how they find a new environment, how they encounter not only the visitor, but also other artworks, how they open themselves up to alliances. They share not only a motif or a theme, but above all the desire to be seen. They cannot be visited often enough. Captured in this delicate moment, touched by the gaze. This gaze is complex in its beauty and at the same time piercing in its ruthlessness. This makes the works so fragile. Like them, we too are fragile, weak, beautiful, doomed to disappear violently.
Dear Journalist, I shall also be present quite often, walking, looking, sometimes conversing, enjoying your presence. These works deserve our attention before they withdraw and once again let their bodies be enveloped in the silent surroundings of their packaging.
Wim Lambrecht, spring 2017
With work by Philip Aguirre y Otegui, Nina Canell, Leo Copers, Honoré d’O, Lili Dujourie, Luciano Fabro, Barry Flanagan, Jef Geys, Maarten Herman, Louise Lawler, Kris Martin, Carsten Nicolai, Oksana Pasaiko, Juan Pablo Plazas, Hannelore Van Dyck, Herman Van Ingelgem, Emma Van Roey, Pieter Vermeersch, Henk Visch, Heidi Voet and Cathy Wilkes.

Wim Lambrecht (1973, Ghent) is the head, a lecturer and a researcher at the Sint-Lucas Visual Arts campus (Ghent) of the LUCA School of Arts. He is in addition also an artist and curator. His recent research projects and exhibitions have revealed his interest in the moving image. In this area, he focuses not only on the projected moving image, as in film and video, but also on the image that moves physically in relation to the audience, as in performance, theatre and concerts. Lambrecht’s interest in fragility and in ephemeral and temporary art forms provides the starting point for this exhibition, in which works from the S.M.A.K. collection are shown in combination with work by alumni, lecturers and researchers at the LUCA School of Arts. Interventions, encounters and performances are planned to take place in the course of the exhibition.