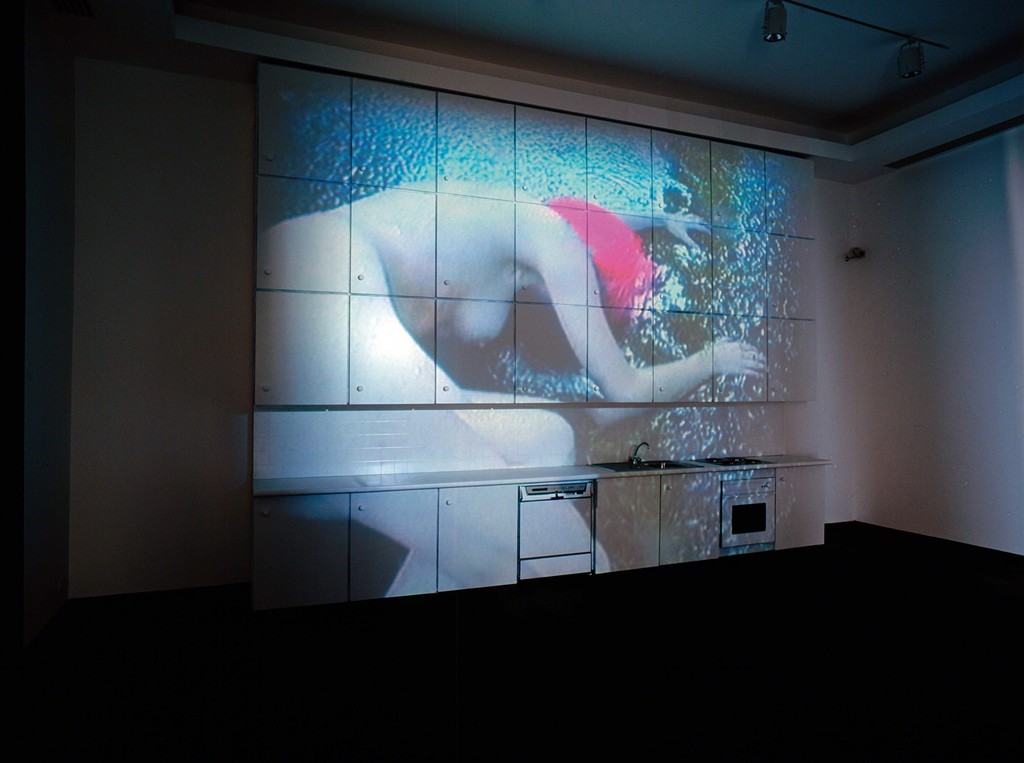 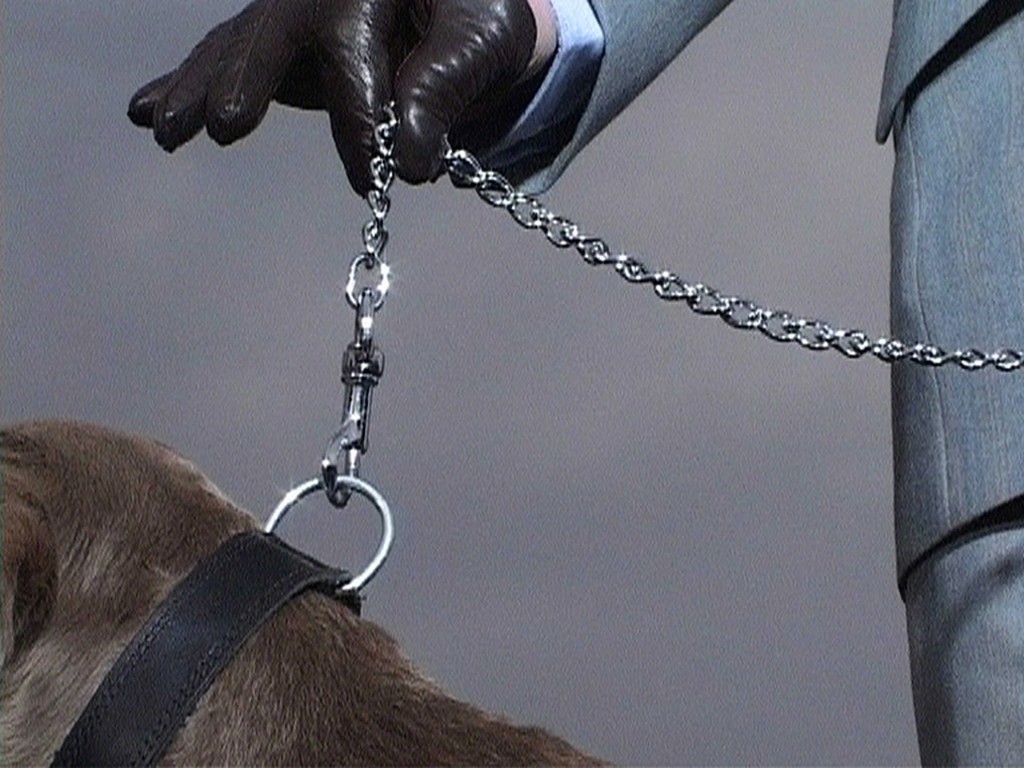 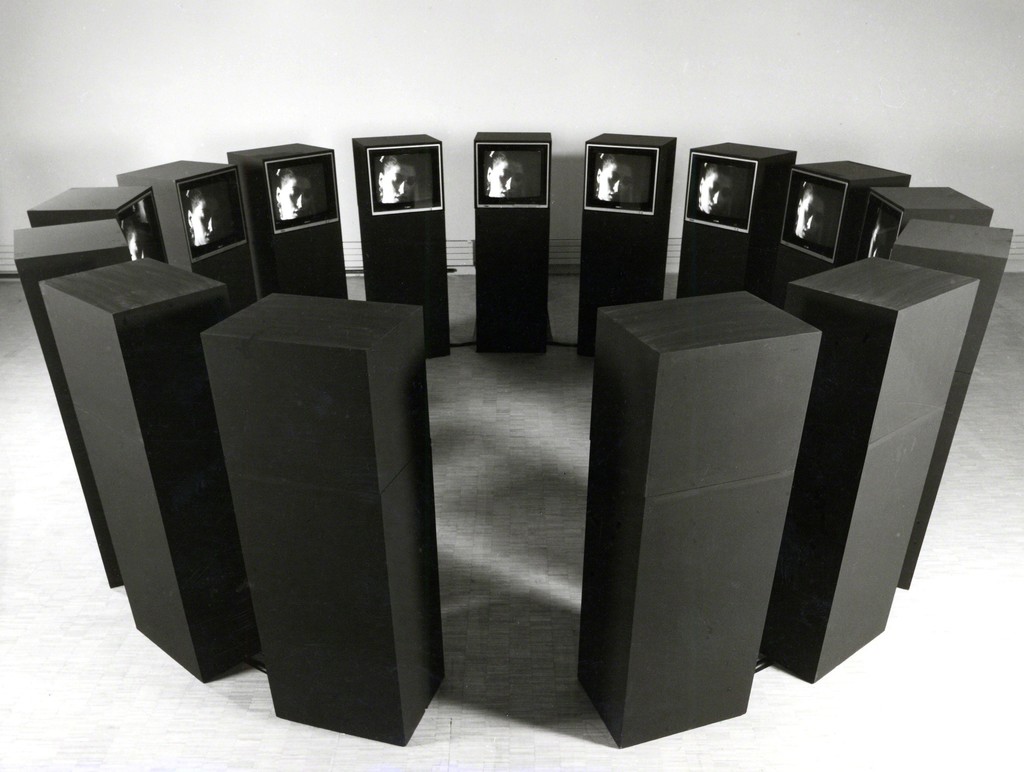 Video Art made its appearance in the second half of the 1960s, first mainly in New York and not much later in Europe too. The pioneers were well-known artists including Nam June Paik, Wolf Vostell and Bruce Nauman.
In those early pioneering years, video was used primarily to record reality (social and other) or to document artistic practices in general and performance in particular. The technical and communicative potential of the medium itself were also investigated and artists commented on its position with regard to the rapidly advancing mass media, film and television.
By the mid-1980s, video was well established and artists increasingly employed it to focus on, among other things, the purely aesthetic experience of images. The techniques they used included those from the cinema world – close-up, slow motion, repetition, montage, film music and framing – to make us aware of the medium’s aesthetic potential. During this period, videos were also increasingly developed into installations that underpinned, emphasised or even helped intrinsically define both the content and the experience (aesthetic and other) of the moving image.
This presentation comprises five works from the S.M.A.K. collection: one from the 1980s, one from the 1990s and three from the first decade of this century. They all focus on the notion of slowness and employ time in an almost film-like manner to show various, sometimes even hypnotic, aspects of beauty.
• Marie-Jo Lafontaine (1945, Antwerp, BE) – A las cinco de la tarde, 1984
The fifteen screens in this circular video installation show the same video with small time differences. As a result, the close-up images with their accompanying music move across the screens in a kind of wave. Action shots of flamenco dancers and bullfighters make reference to violence, illusion, death, desire, seduction and the lust for power.
• Pipilotti Rist (1962, Grabs, CH) – Regenfrau/I Am Called A Plant, 1999
Pipilotti Rist is known for political works with a hint of feminism. To the sound of dripping water, the naked body of a woman with vivid pink hair lying on grass is explored in a video projected on a kitchen wall. It remains unclear what is going on. But the atmosphere is palpably not quite right.
• Annika Larson (1972, Stockholm, SWE) – Dog, 2001
In her work, Annika Larson focuses on patterns of human behaviour in contemporary culture. In slow shots and meticulously composed images, she takes a close-up and highly detailed look at her characters. The emphasis is on their body language and the look in their eyes. This oppressive work shows the almost ritual nature of trivial actions and is about dominance and oppression.
• Saskia Olde Wolbers (1971, Breda, NL) – Placebo, 2002
Starting from highly detailed models that she films by analogue means, Saskia Olde Wolbers creates quasi abstract, aesthetic and fascinating environments that imitate digital worlds. In Placebo, the voice of a narrator tells a love story supported by strange images.
• Nicolas Provost (1969, Ronse, BE) – Plot Point, 2007
Seen through the lens of a hidden camera, the busy streets of New York’s Times Square are transformed into an extremely dramatic setting. Without being aware of it, chance passers-by and NYPD agents become the protagonists in a pseudo-fictional story with a thrilling and emotional tension but no plot, a cutting illustration of American paranoia post-9/11.