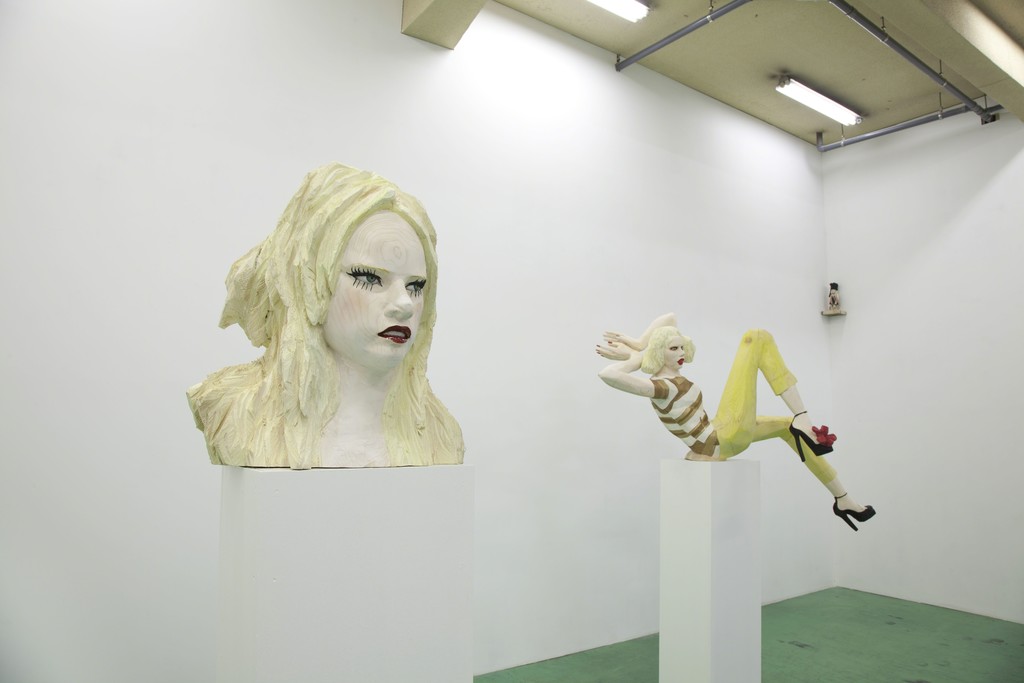 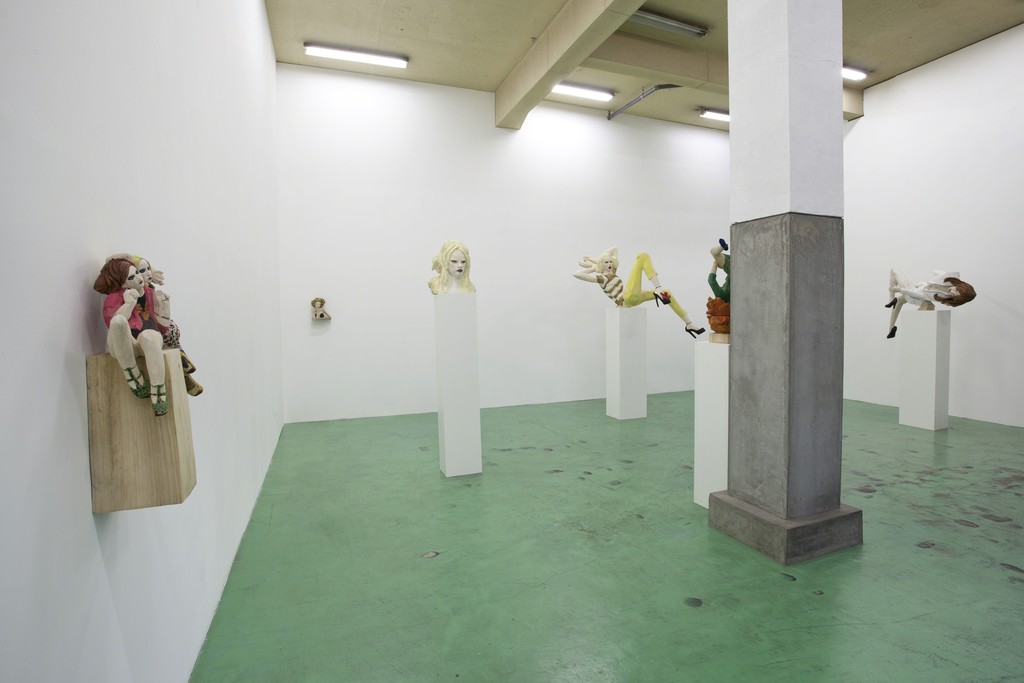 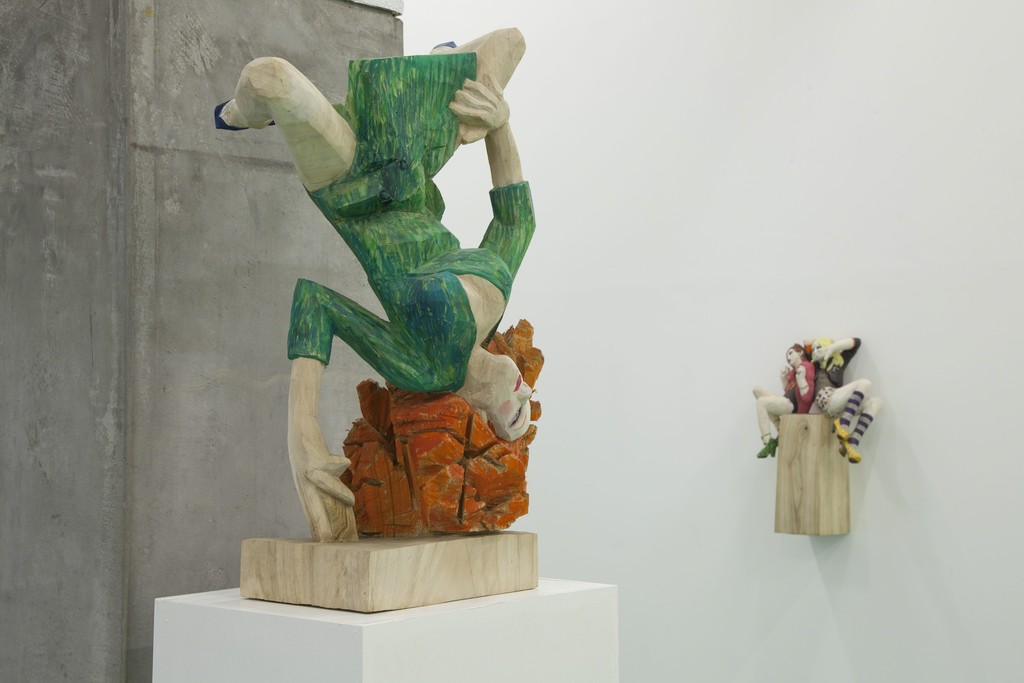 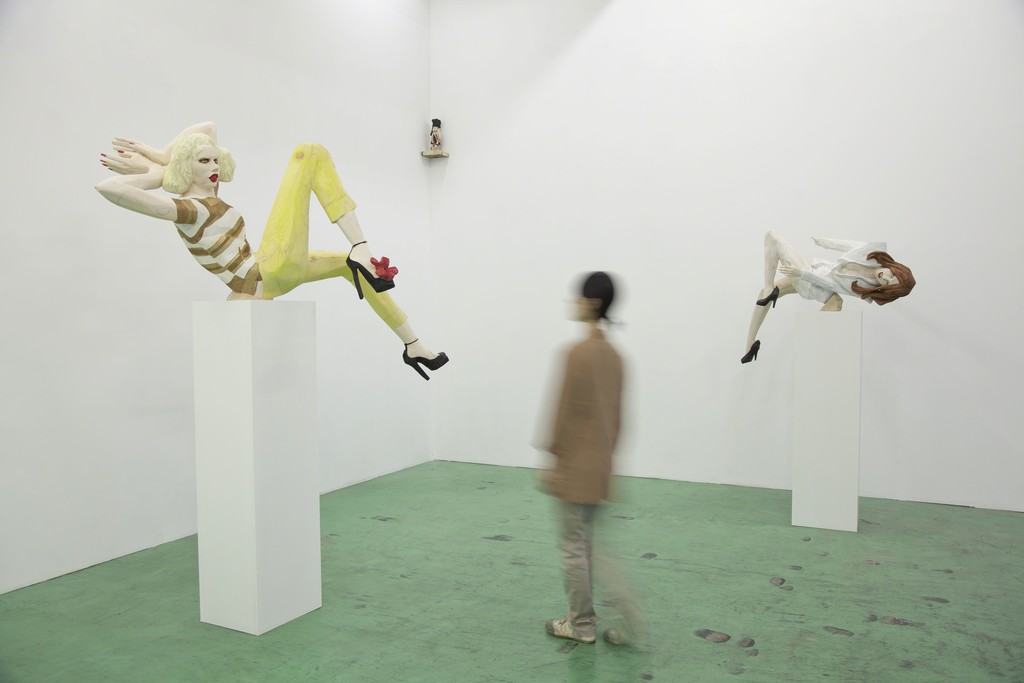 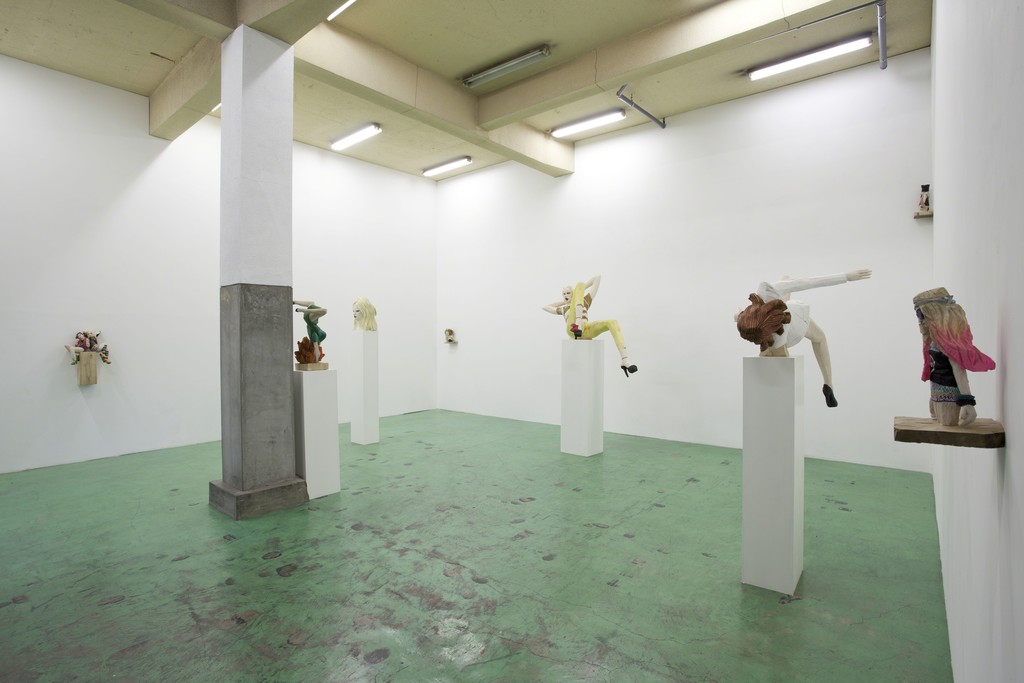 Hideki Iinuma, born in 1975, after graduating for the graduate school of the Aichi Prefectural University of Fine Arts and Music, entered Ecole Regionale des Beaux-Arts, Nantes (France). Thanks to the European university student exchange program (ERASMUS) provided by the Ecole Supérieure des Beaux-Arts, he took part in studying programs which led him to Copenhagen (Denmark), Milan (Italy), and Karlsruhe (Germany). Participating to solo and group exhibitions all over Europe, he developed a long career there as a woodcarving artist.
In February this year, with his participation to “Tokyo Frontline”, the art fair taking place in 3331 Arts Chiyoda, he made a spectacular debut in Japan and, showing a sharp imagination, attracted public attention by turning the exhibition booth into a fashion show runway with a fluorescent pink wall as a background.

All Hideki Iinuma’s pieces have in common is the coarse texture of wood surface he carves. His creations are the result of a mental contemplation of the future form, and do not use any sketch or draft. They are a mix of delicately and roughly carved parts in which one can still distinguish the cracks and the knots of the wood and the traces left from the carving process, so finely balanced that it agitates the viewers’ imagination. The repeating motif of his creations, which consists in snap shots of women featured in the fashion magazines or of ordinary girls from the streets of Tokyo, both of them passionate with fashion and living in the moment, makes us feel the strong embedment of his work in our modern society.
Also, when Hideki Iinuma photographs his works by himself, instead of the white cube, he chooses to shoot them with urban or natural landscapes as a background. Not that he thinks of it as a photographic creation, but he prefers this way because it helps communicating more intelligibly the meaning the wooden sculptures carry. Indeed, each of Hideki Iinuma’s creations captivates the present moment and surprisingly blends into the sceneries of the contemporary society, generating a unique synergetic effect.

For his first solo exhibition in Japan, Hideki Iinuma returns to the source and concentrates on exploring what any artwork should embody: “beauty”. The passion that drives him into creating is the simple desire to give form to his idea of beauty. It is different from the Pygmalion’s quest of an ideal woman, but the artist, who lives in the contemporary “society” where people’s values are increasingly diversifying, uses his creations to convey the concept of beauty as he personally perceives it.