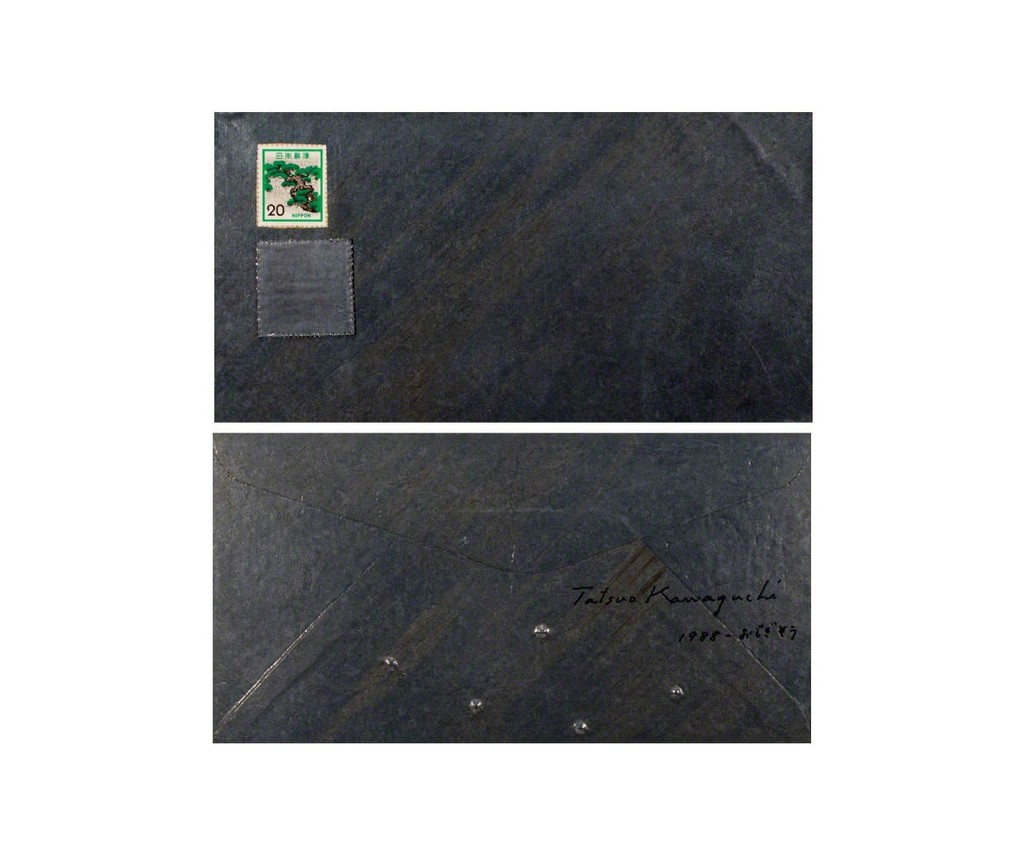 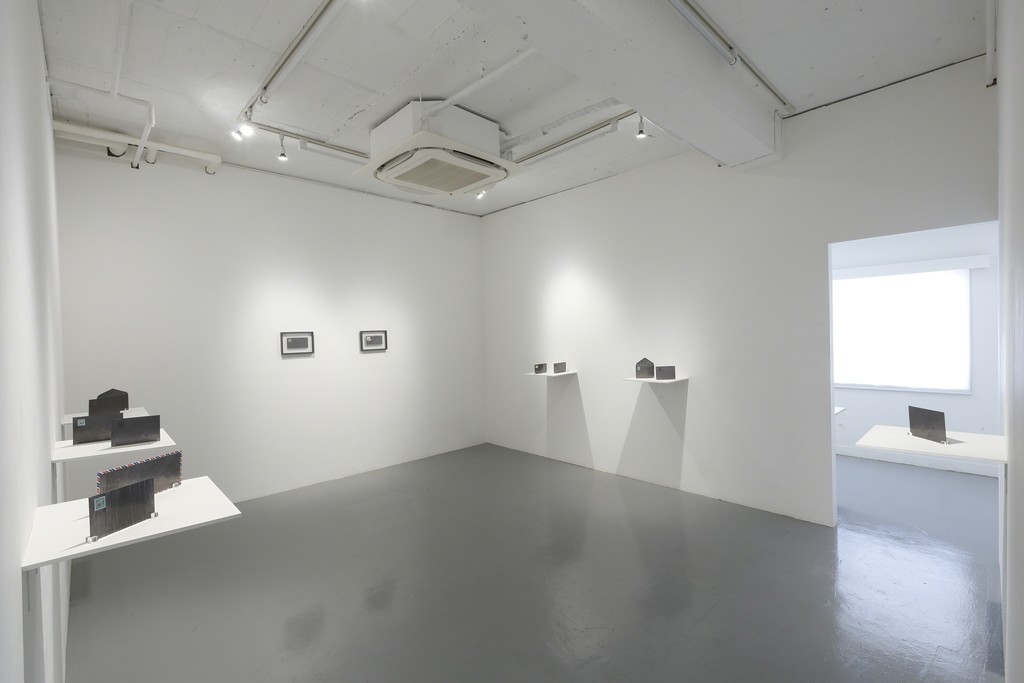 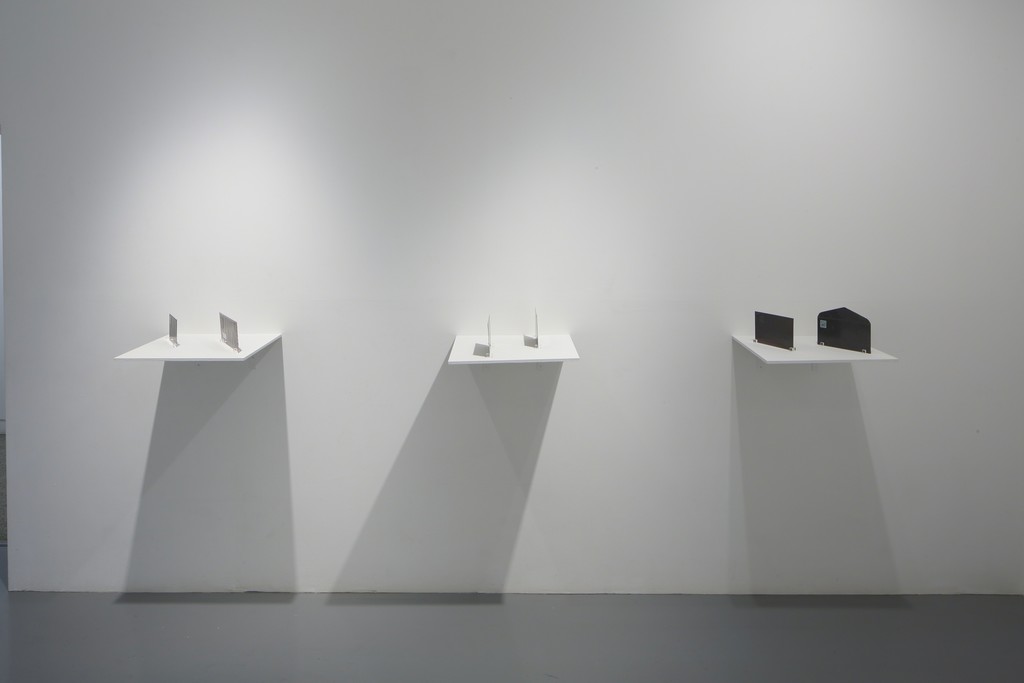 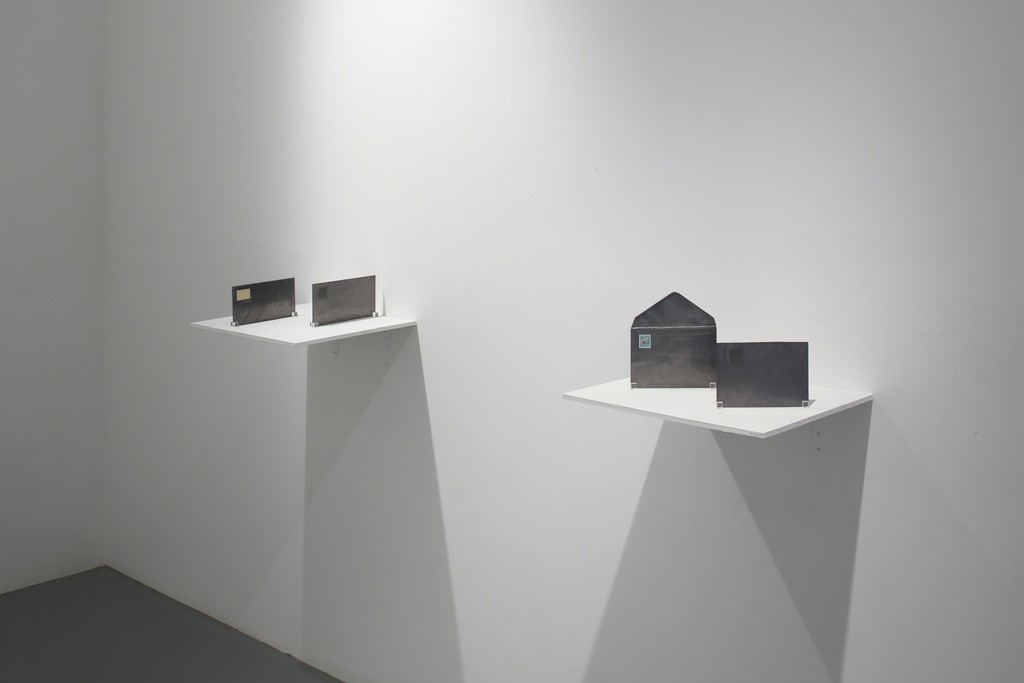 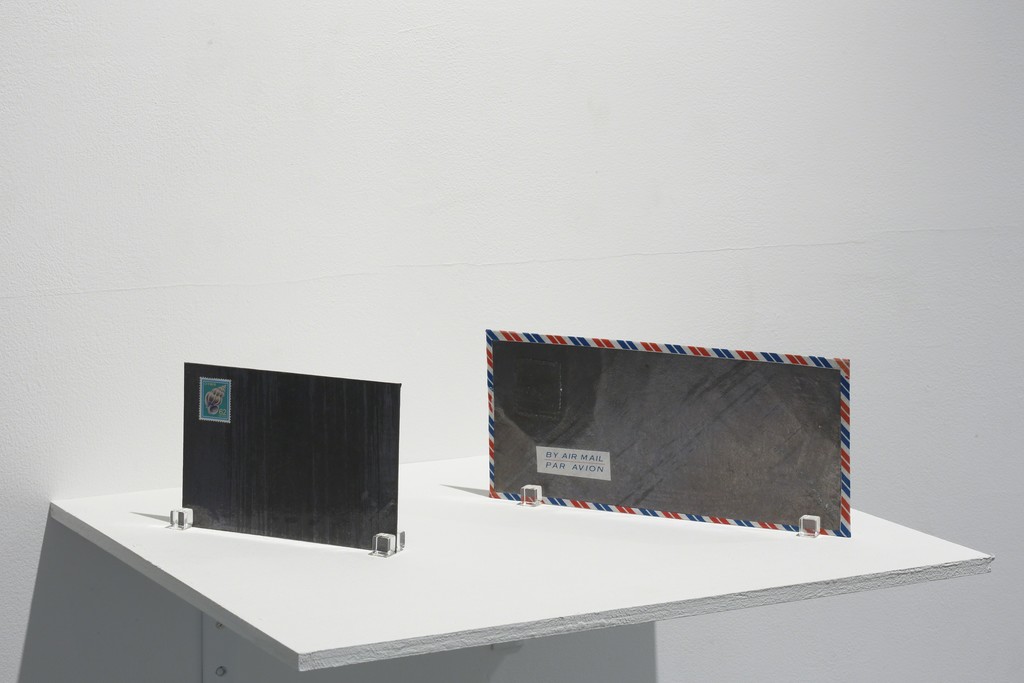 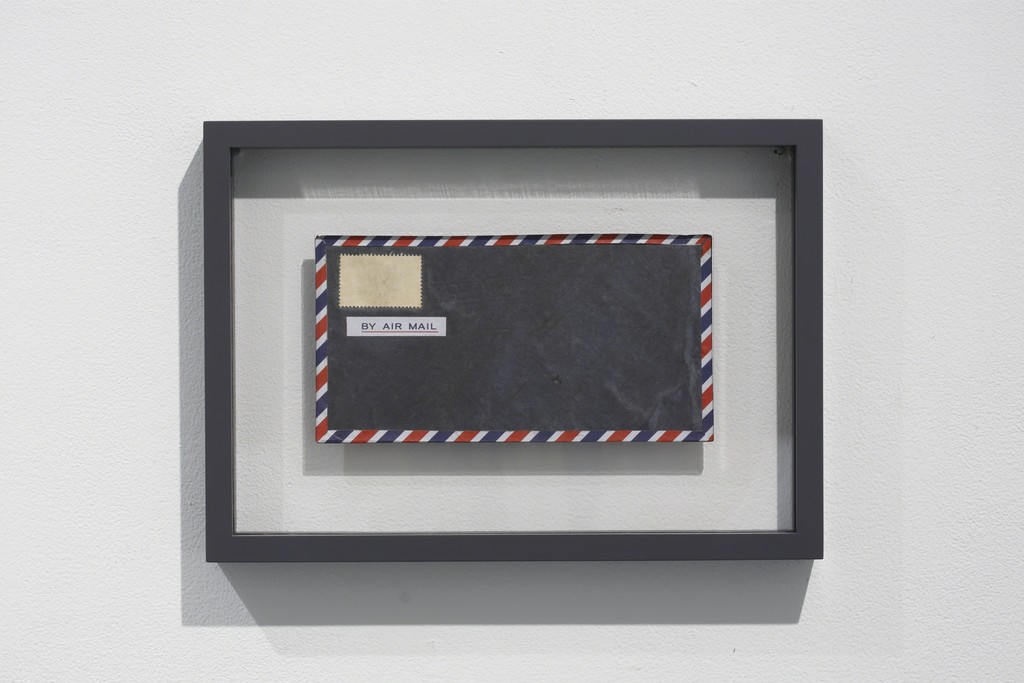 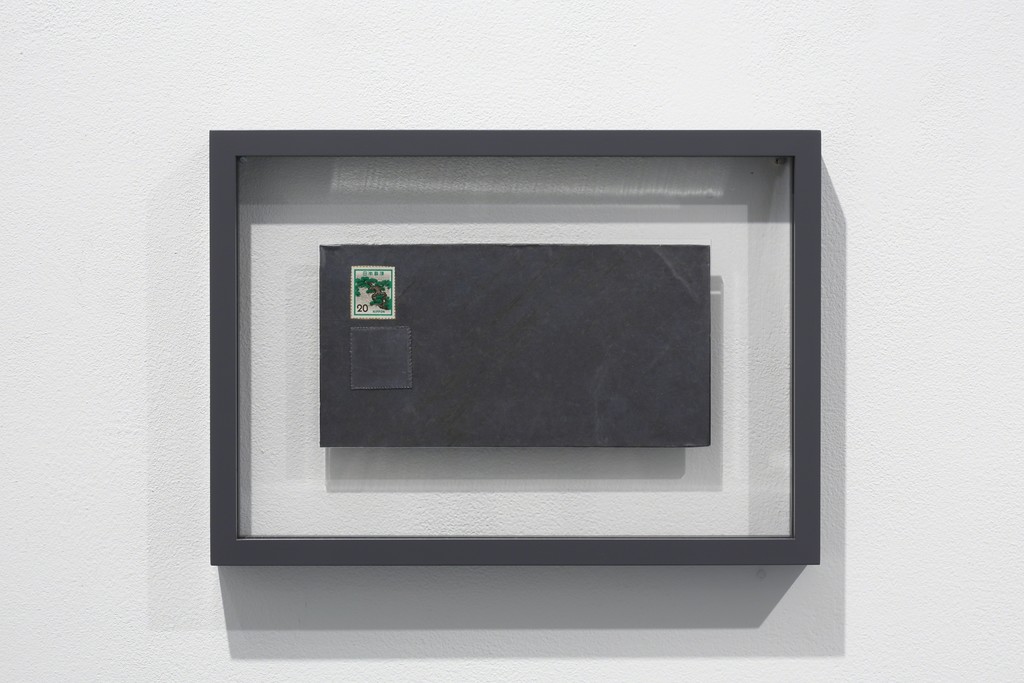 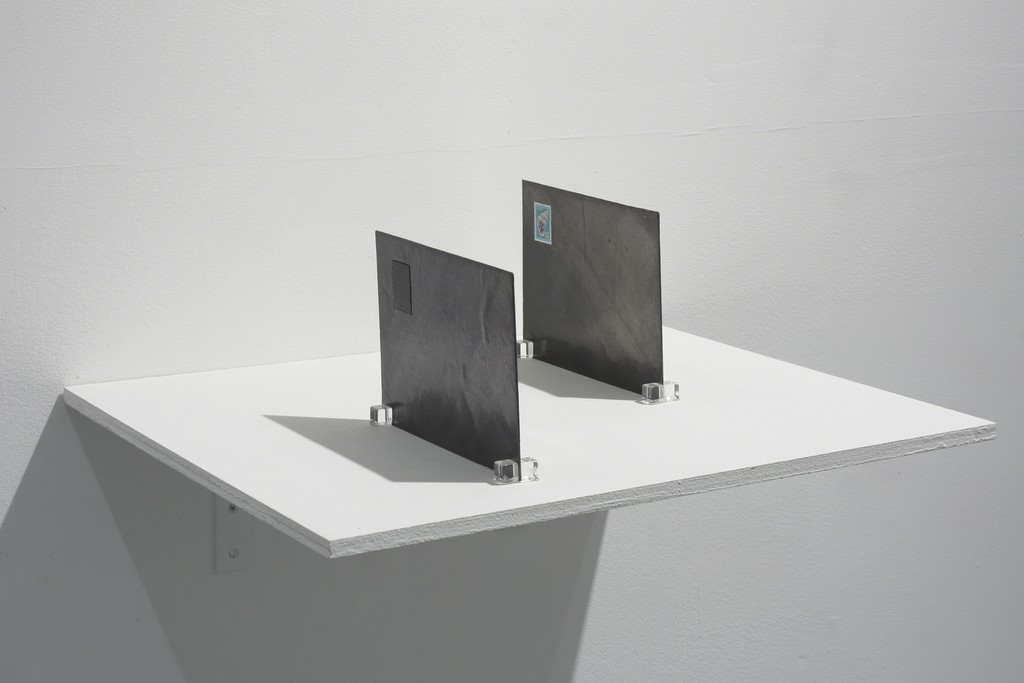 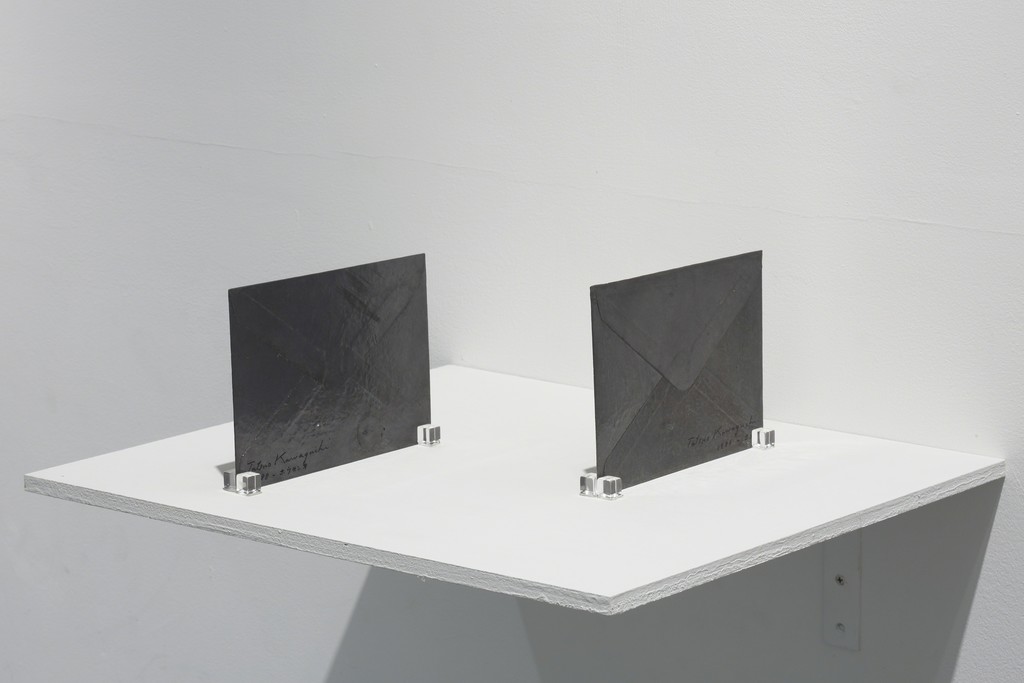 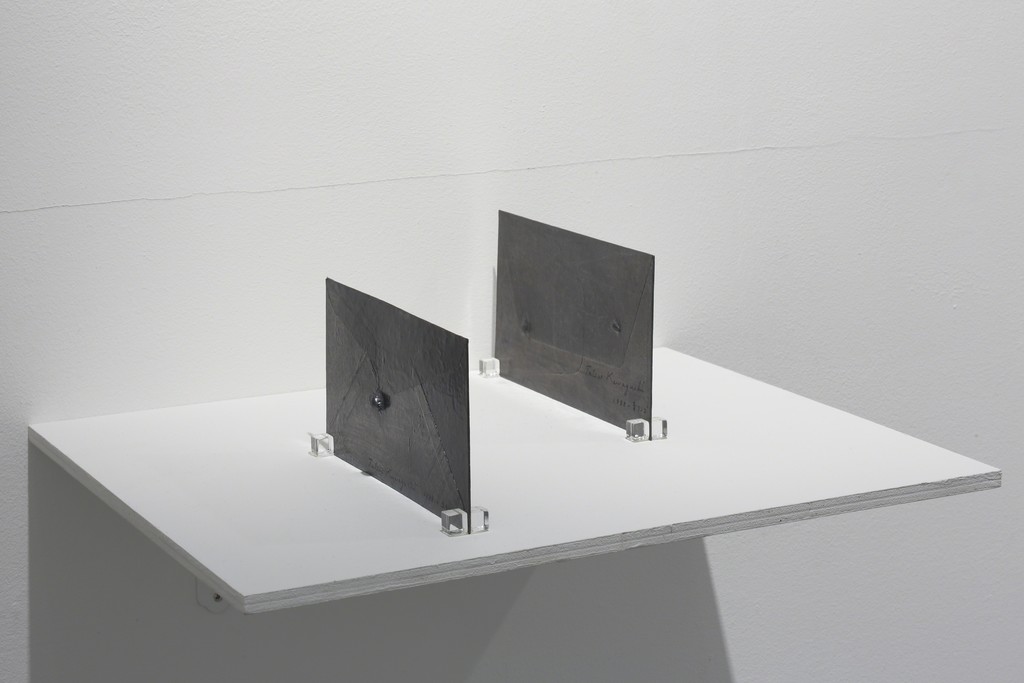 A brief explanation of Relation – Lead Envelope series may be necessary here. This work could be seen as an extension of Relation—Seed series, however, there is one thing that vividly differentiates the two; Relation – Lead Envelope connotes the sociality and widely-known system in which postal services have as its basis. Before it is an artwork, it is also undoubtedly a postal mail.
If a letter needs to be mailed, an envelope would be required. Envelopes are usually made of paper, while in this work, envelopes were made of lead—which became one of the essential features of this series. Another distinctive aspect was that, instead of letters, several seeds were placed inside the envelopes. The seeds inside the lead envelopes seemed as though they were trying to deliver something that could not be described in words; which were, something that transcended our linguistic perceptions. Instead of sending a “message consisted of words,” they may have been purely “materializing a message.” Back then, sending an envelope in Japan was priced at 60 yen, thus, stamps of 60 yen were placed on the lead envelopes. Or sometimes, imaginary lead stamps were placed too.
None of the works in Relation – Lead Envelope have been mailed so far, even though most of them actually can. For now, they solely have been “letters to see.” The seeds enclosed in Relation – Lead Envelope are seeds of edible vegetables and fruit if they could grow, and also some of flowers. Relation – Lead Envelope are mails that should not be sent out, and do not have any actual address written, as they are “illusionary mails” consisted of wishes. An emergency situation is happening now in the villages, towns, and cities—where sending out paper envelopes with seeds of life inside would become no good of use. The nuclear power plant accident, and the radiation leakage, actually happened. Luckily so far, we have refrained from using Relation – Lead Envelope and have left them kept. However, regretfully and unpredictably, the Great East Japan Earthquake happened and triggered the Fukushima Daiichi nuclear disaster, resulting in polluting the earth’s nature. The time to unveil the abandoned Relation – Lead Envelope might have come now.
Difficult-to-return zones caused by the accident still now exist. Perhaps those are the places in which the seeds of life, sealed inside Relation – Lead Envelope, need to be sent. However, those places currently lack the essential people to receive Relation – Lead Envelope.
Perhaps sometime in the future, Relation – Lead Envelope may become a “letter left behind” when our earth becomes an uninhabitable place for humans.