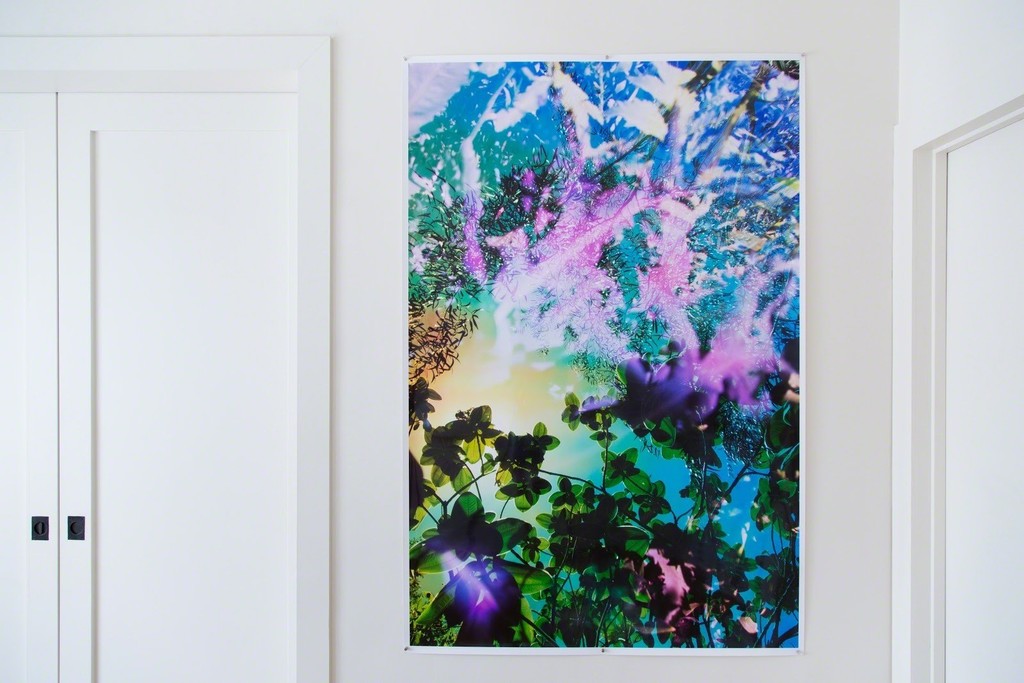 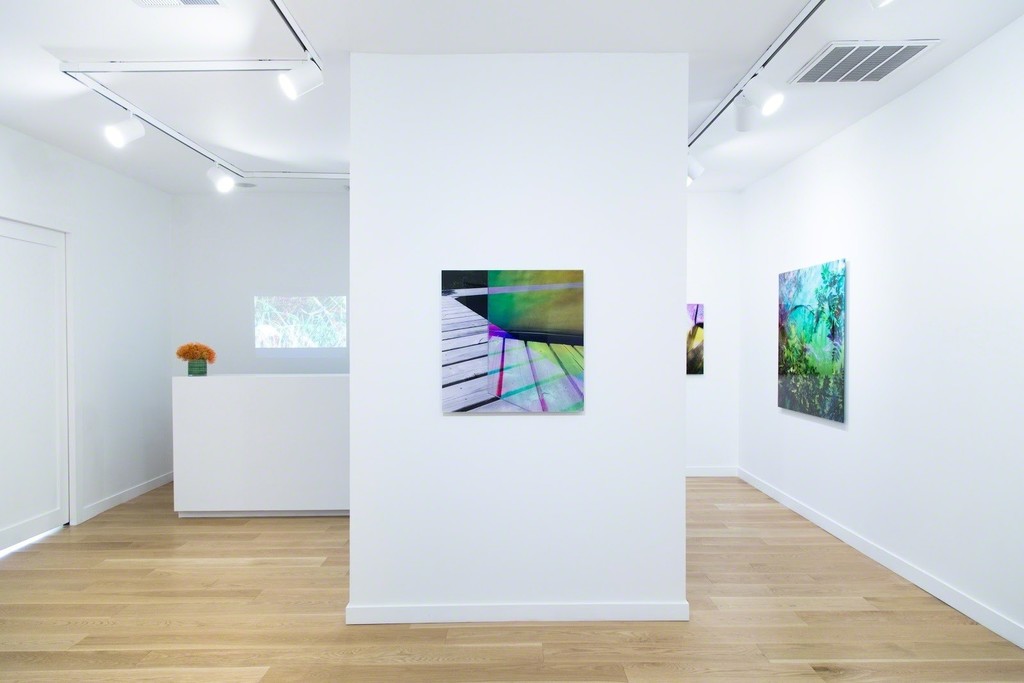 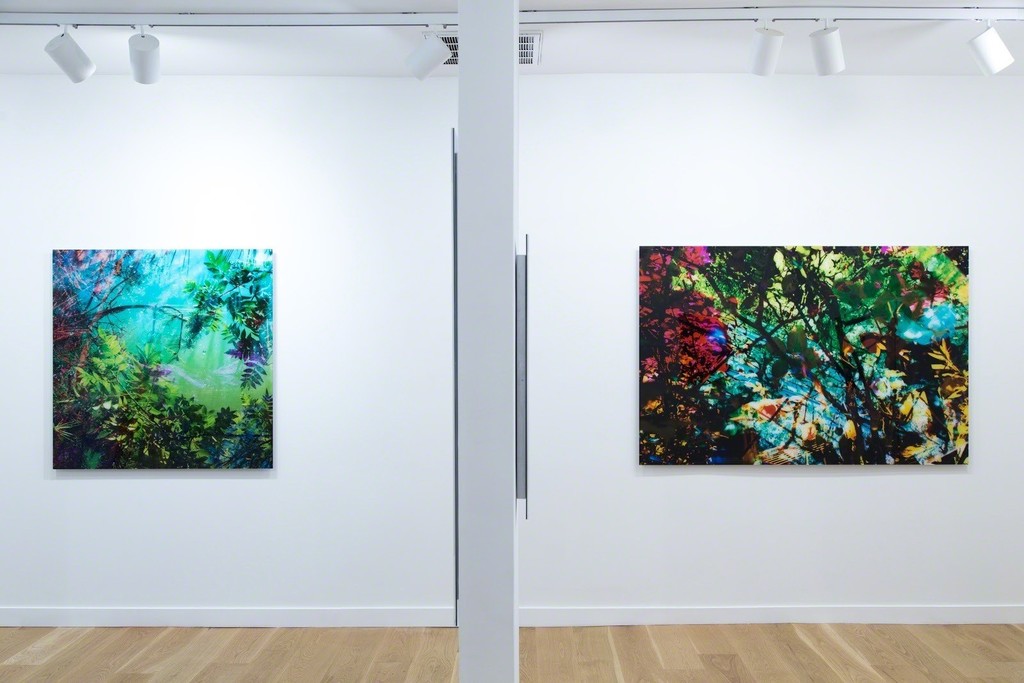 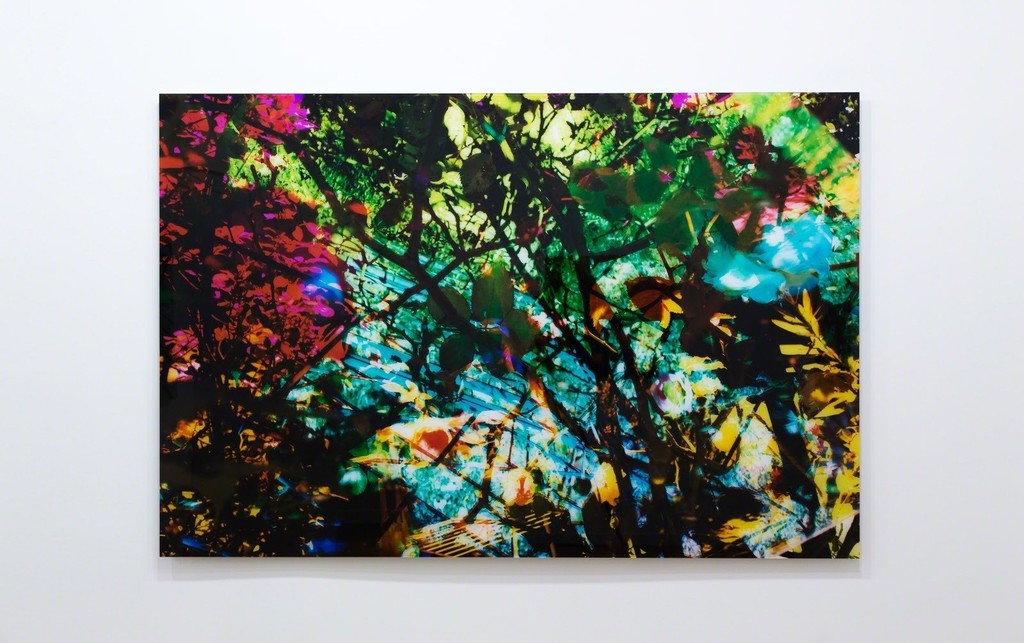 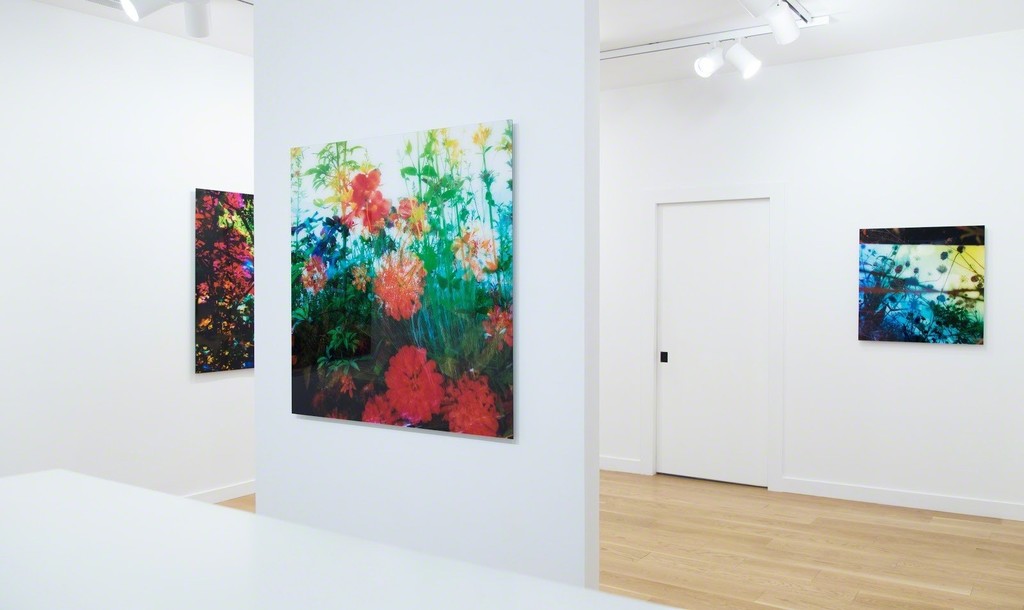 SOCO Gallery is pleased to present Artificial by Nature, an exhibition of photographs by French-born, New York-based photographer Karine Laval. The exhibition features images from Heterotopia, Laval’s most recent body of work. Artificial by Nature presents a series of chromogenic prints that transform and question our experience of the natural world. The gallery will host a public opening reception for the artist on Wednesday, June 28th from 6-8PM. This will be the artist’s first solo exhibition with SOCO Gallery.

Karine Laval produces composite landscapes of natural shapes in the world around her through a radical manipulation of light and vantage point, establishing a way of seeing that is both familiar and foreign. Branches become boundaries in her complicated mosaics of color, segmenting the color-saturated petals and leaves from each other as they blend into reflecting waters or a technicolor sky. Each layer of Laval’s photographs transposes the position of her lens, leaving the viewer blissfully unaware of which way is up or which way is down. French philosopher Michel Foucault inspired the Heterotopia series, as Foucault coined this term to describe ‘spaces of otherness’ that are ‘neither here nor there.’ Laval explains in an interview with Musée Magazine, I’m not trying to establish truth or give answers, but rather spark off questions. Laval calls images mirages because they are not always what they appear to represent, and depend upon the viewer to use their interpretive faculties to uncover what they think the image contains. These unruly and beautifully tangled collages of nature prove that perplexity and uncertainty can be found in even the most seemingly simple corners of the Earth.

Karine Laval (French, B. 1971)
Karine Laval is a multi-media artist whose work focuses on abstracting the experiences of memory, narrative, and everyday life. Born in Meudon-la-Forêt in Paris, Laval studied at the Sorbonne, and later at Cooper Union, The New School and the School of Visual Arts in New York. Laval has had solo exhibitions in Los Angeles, New York, Miami, Paris, and Rome, amongst other cities. In 2016, Laval collaborated with Hermès New York to produce an installation of works from Heterotopia in the store’s downtown Manhattan windows. This body of work made its debut at Benrubi Gallery in New York in 2016. Photography District News has named Laval one of 30 Emerging Photographers to Watch and the artist was recently nominated for the prestigious Prix Pictet Award. Private collectors of her work include Peter Marino, Sir Elton John, and Henry Buhl and companies such as the Cleveland Clinic, Ohio; AT&T, Texas; Citibank, New York. The artist lives and works in Brooklyn, New York.