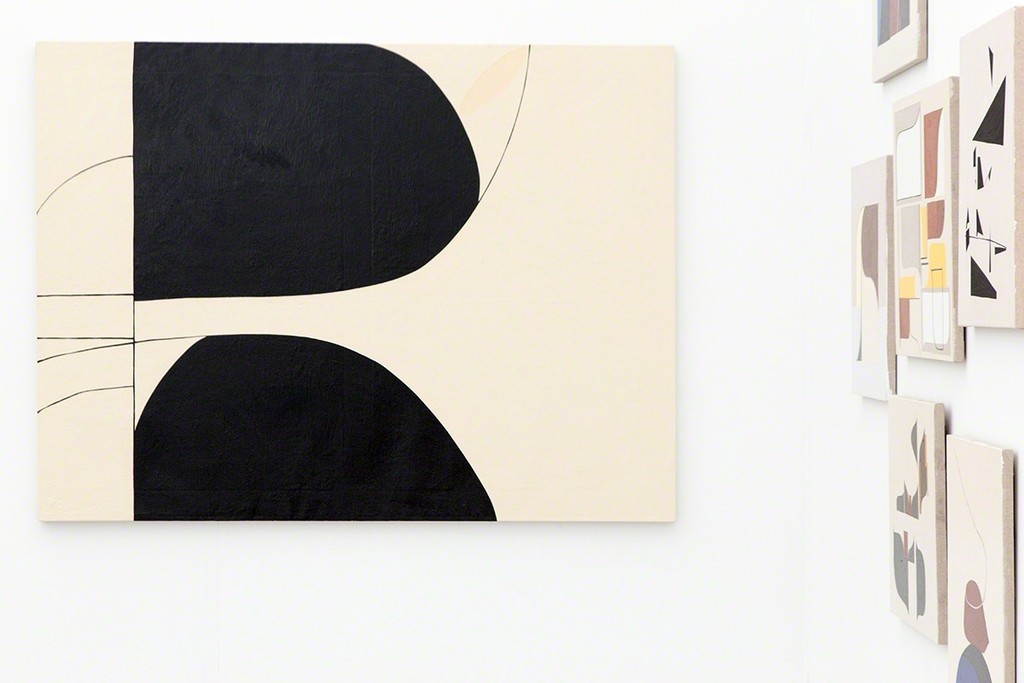 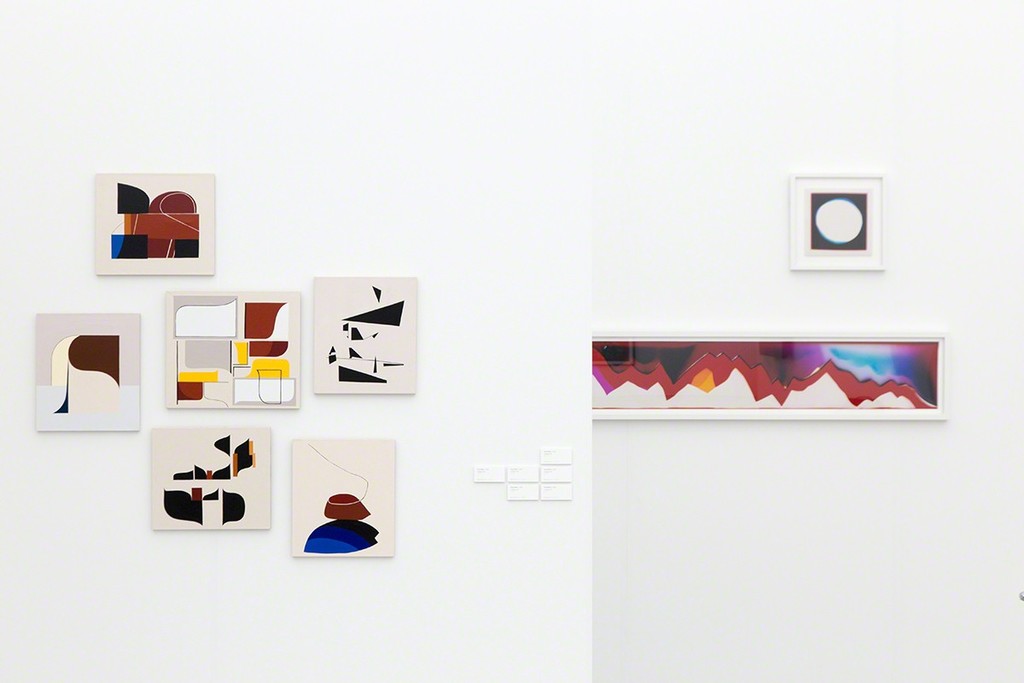 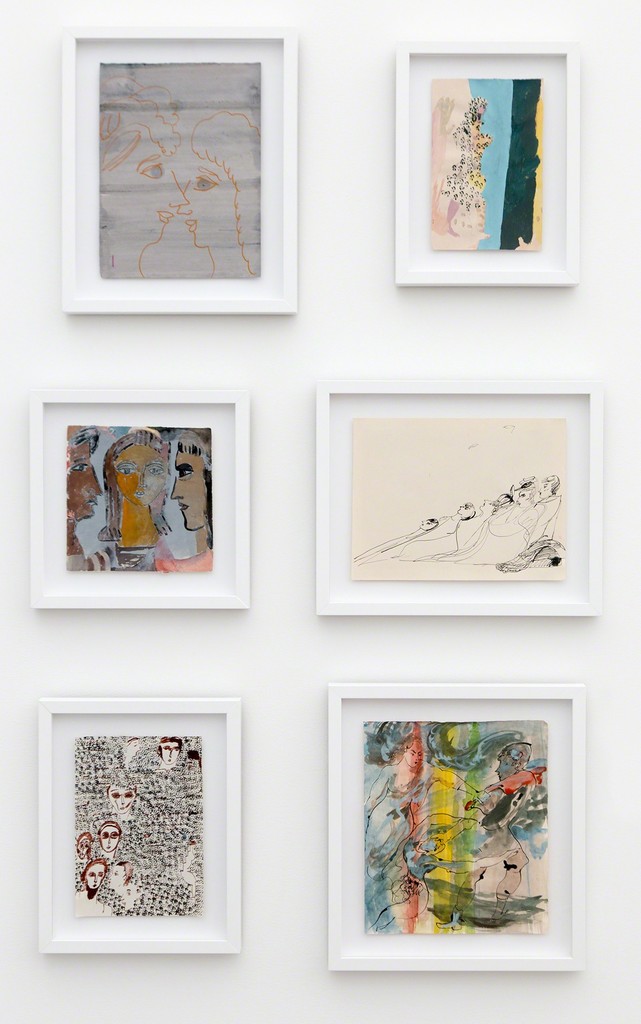 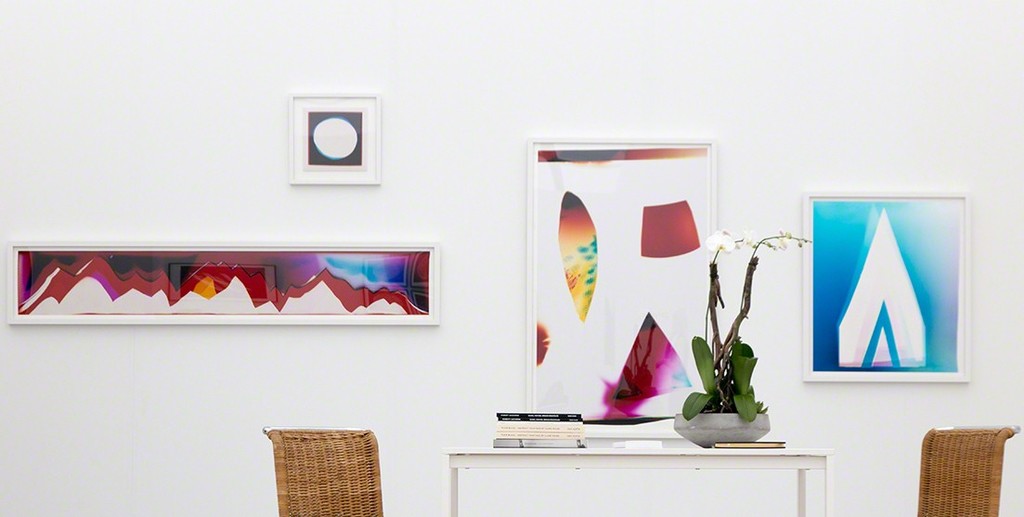 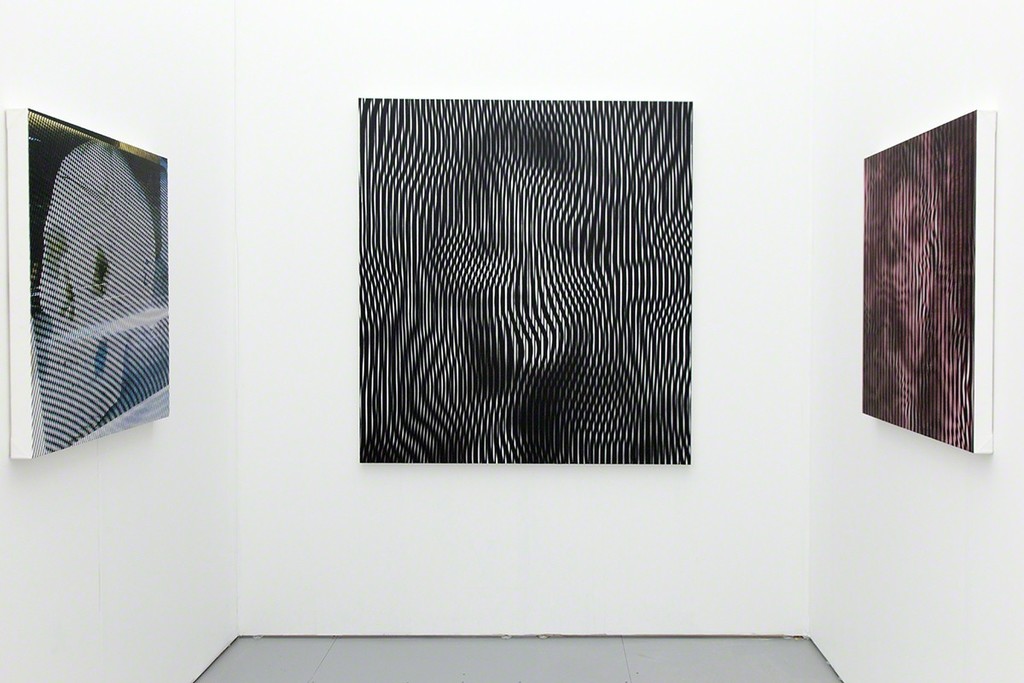 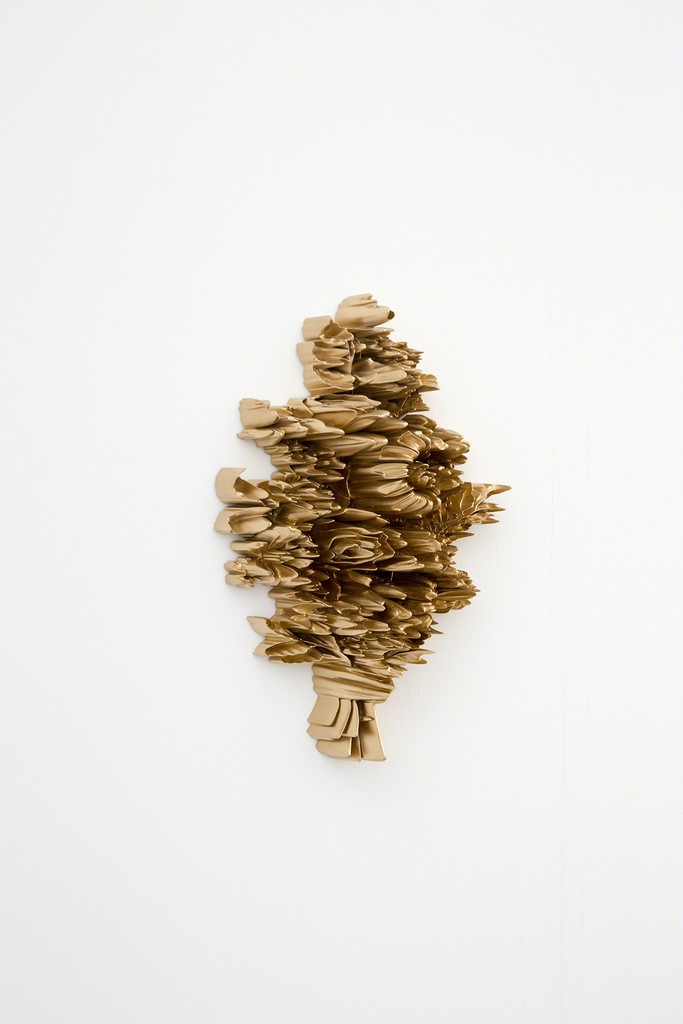 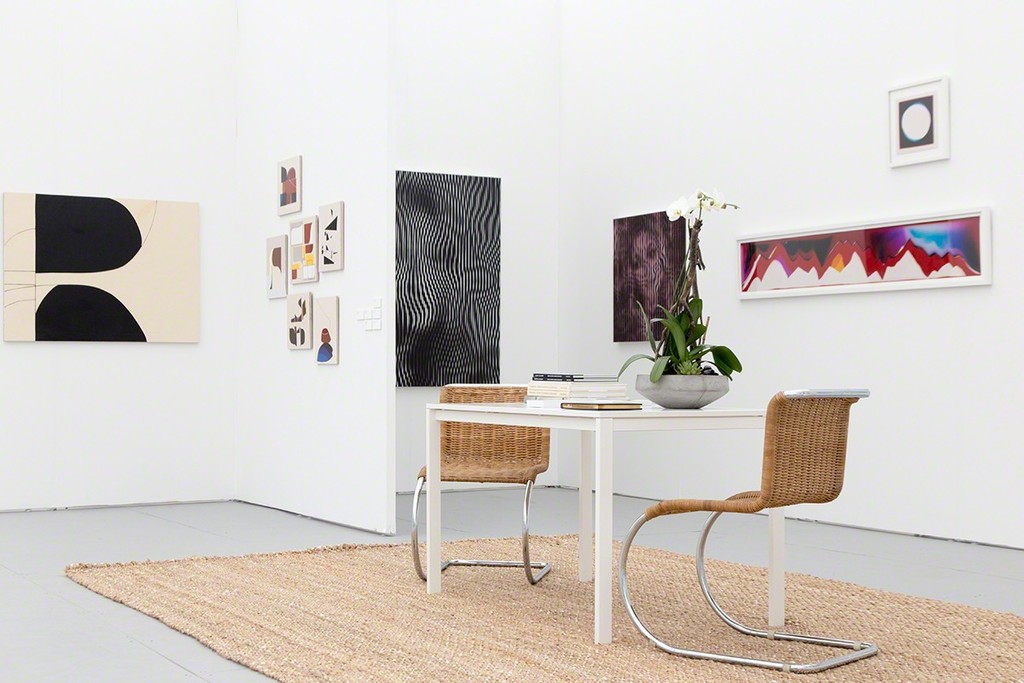 SOCO Gallery is a contemporary art space based in Charlotte, North Carolina. The gallery provides a platform for contemporary art to be experienced, discussed, and acquired. SOCO Gallery presents a dynamic range of annual exhibitions, and represents artists working locally, nationally, and internationally at the highest levels. The gallery specializes in assisting private collectors, institutions, and corporations to build their collections with museum-quality artworks, from emerging to established artists. Community engagement and education are central to the mission of the gallery. Each exhibition includes artist talks, book signings, and related programming. SOCO Gallery is located in a renovated 1920’s bungalow in historic Myers Park in Charlotte.

Clare Rojas (American, b. 1976) was a member of “The Mission School”, a group of artists living in San Francisco, which included Barry McGee and Chris Johanson. Since her figurative work of the early 2000’s, her subject matter has transformed into confident, hard-edged shapes, colors, patterns and open spaces of stretched linen; the building blocks of her early work crystallized into its primary elements. Rojas’ works are either large-scale canvases that feature solid shapes interacting with gestural lines, or smaller works that are reminiscent of musical notes or an ancient language.

Rojas has received numerous accolades for her work, including grants from the Louis Comfort Tiffany Foundation, the Joan Mitchell Foundation, the Eureka Fellowship Award, and the Artadia Award. She has had solo exhibitions at CCA Wattis Institute for Contemporary Art, San Francisco; Deitch Projects, New York City; the Rose Art Museum at Brandeis University, Massachusetts; MUSAC (Museo de Arte Contemporáneo de Castilla y León), Spain; Marella Gallery, Beijing, China; and Museum Het Doemien, Netherlands. Her work is in the permanent collections of Whitney Museum of American Art, NY; Walker Art Center, Minneapolis; Denver Art Museum; and the Museum of Modern Art, NY. The artist received her BA from Rhode Island School of Design and her MFA from School of the Art Institute of Chicago. She lives and works in San Francisco.

Liz Nielsen’s (American, b. 1975) cameraless photograms teeter playfully between abstraction and representation; blurring the lines between photography, painting and collage. Nielsen’s photograms are made using handmade negatives, experimental light and darkroom techniques that she developed over the past decade. In this new body of work for Untitled, Nielsen explores the duality of darkness and light through various interpretations of the moon, as well as a tropical ode to the pineapple.

​Nielsen studied Photography at the School of the Art Institute of Chicago where she received her B.F.A., and attended the University of Illinois at Chicago for her M.F.A. Nielsen’s work has been exhibited extensively in Chicago, New York, and Berlin; her work has been featured in solo exhibitions at Schalter Gallery, Berlin; Benrimon Contemporary, New York; Interlochen Center for the Arts, Interlochen, MI; Laurence Miller Gallery, New York; and Denny Gallery, New York as well many group exhibitions including David Zwirner Gallery, New York and Rawson Projects, New York. Nielsen’s work has been reviewed in the New Yorker, New York Times, Artslant, Hyperallergic, and the Wall Street Journal. She lives and works in Brooklyn, New York where she is also the co-owner of the Elijah Wheat Showroom.

Jackie Gendel’s (American, b. 1973) paintings and works on paper combine disparate influences borrowed from art history, interior design, and social observation. Her canvases are immediately attractive through her use of color and figurative subject matter, and the more one investigates, they see the markings of a meticulous and hyper-aware artist. Paint is dripped, brushed, dabbed and absorbed over long stretches of time, with Gendel usually working on a number of canvases simultaneously.

Gendel received her BA from Washington University, St. Louis, in 1996 and her MFA from Yale University in 1998. Her work has been included solo exhibitions include Jeff Bailey, New York; Loyal Gallery, Stockholm; Malmö, Sweden; Moti Hasson, New York and Mixture Contemporary Art, Houston. Reviews of her work have appeared in Modern Painters, Artforum, New York Times, Art in America, New Yorker, Art Papers, and Hyperallergic, to name a few. The American Academy of Arts and Letters awarded her an Academy Award in 2007. She participated in the Marie Walsh Sharpe Space Program in 2010 and was an artist-in-residence at the MacDowell Colony in 2005. Gendel lives and works in Brooklyn, New York.

Robert Lazzarini (American, b. 1965) makes sculptures and paintings that challenge basic perceptual tenets and interrupt the viewer’s habituated processes of visual recognition. For Untitled, the artist made new works from appropriated media and press photos of the actress Sharon Tate. The artist conflates photographic images with interference patterns, which complicates them visually and creates an indeterminate legibility. The image of the actress appears to occupy a shallow space within the picture that at times oscillates and dissipates as the viewer approaches, requiring the viewer to physically move around the image in order to make a visual purchase. Lazarrini has also extended this exploration into three-dimensional form, producing for Untitled a shifting and undulating wall sculpture, Bouquet, whose form echoes the intricately detailed and eclectic Hollywood Regency sculptures, yet whose surface powerfully disrupts the viewer’s perception.

Lazzarini’s sculptures and paintings have been exhibited nationally and internationally since 1995 and are included in major collections such as the Hirshhorn Museum and Sculpture Garden, Washington, D.C.; the Whitney Museum of American Art, New York; the Walker Art Center, Minneapolis; the Virginia Museum of Fine Arts, Richmond; the Mint Museum, Charlotte; the Newark Museum, Newark; and The Toledo Art Museum; Toledo. The artist was the Knight Alumni Artist in Residence at The McColl Center, Charlotte in 2015. The artist lives and works in New York.