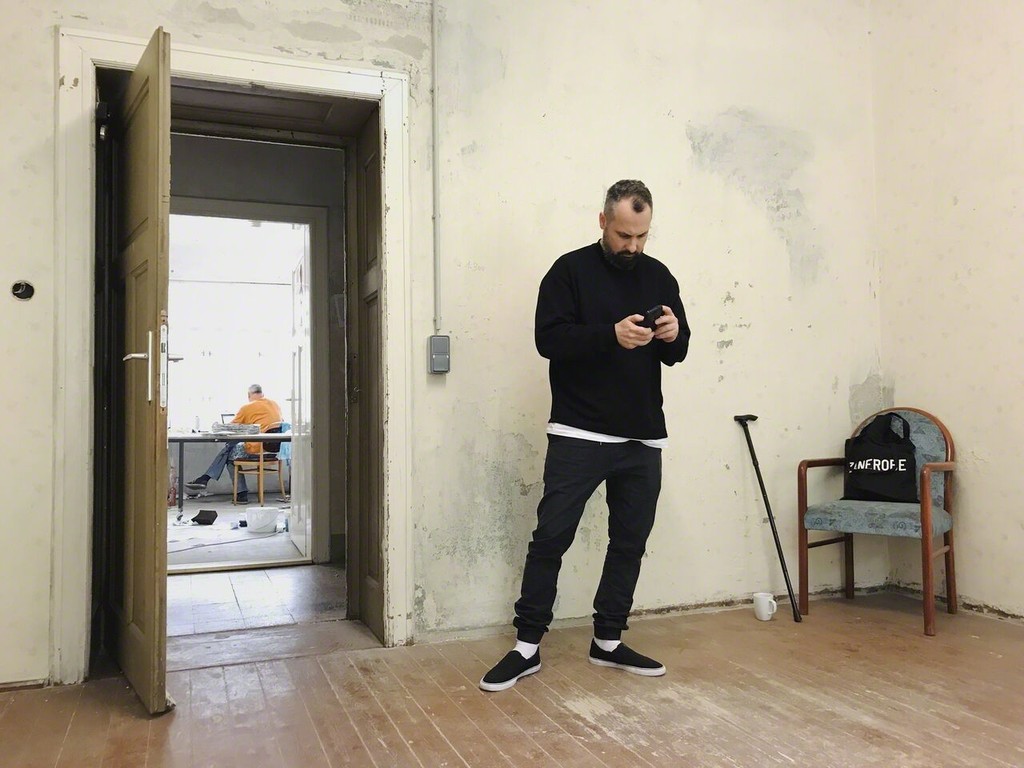 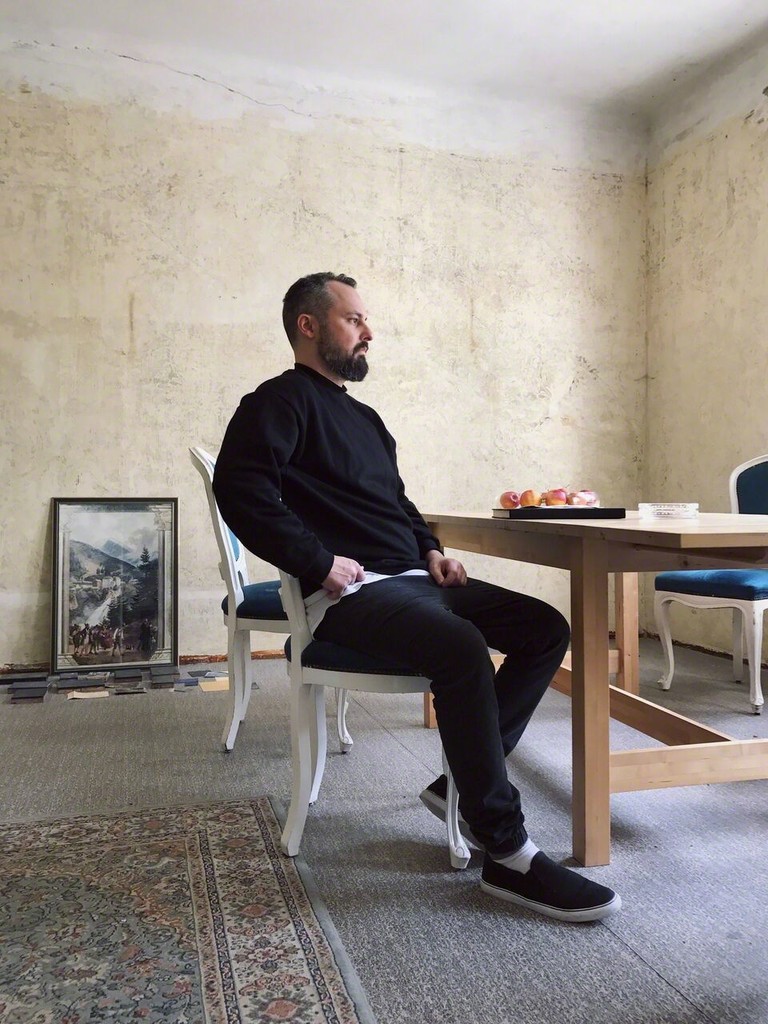 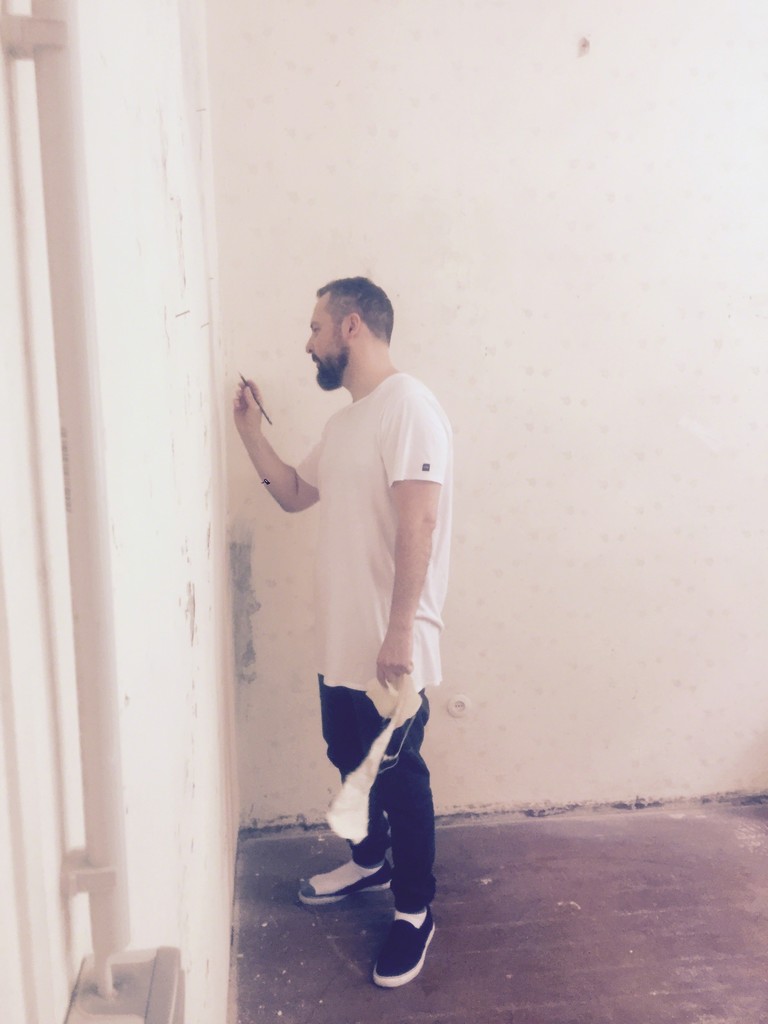 Muhannad Shono, * 1977, attended the King Fahd University of Petroleum and Minerals in Saudi Arabia and completed a degree in architecture there. His interest in art and illustrations was awakened by comics and art books smuggled into the country. In the 1990s, there was a creative famine in Saudi Arabia, and every bit of visual material was therefore obsessively consumed and studied. With this unconventional, self-guided art education, Muhannad Shono developed his own perspective of art early on. As a naturalized Saudi citizen of Chechen descent, he concentrates on the themes of migration and identity in his works. Along with the use of ink and paper, he integrates the sculptural, the animated, and the audible into his works and thus transforms them into visual narratives.