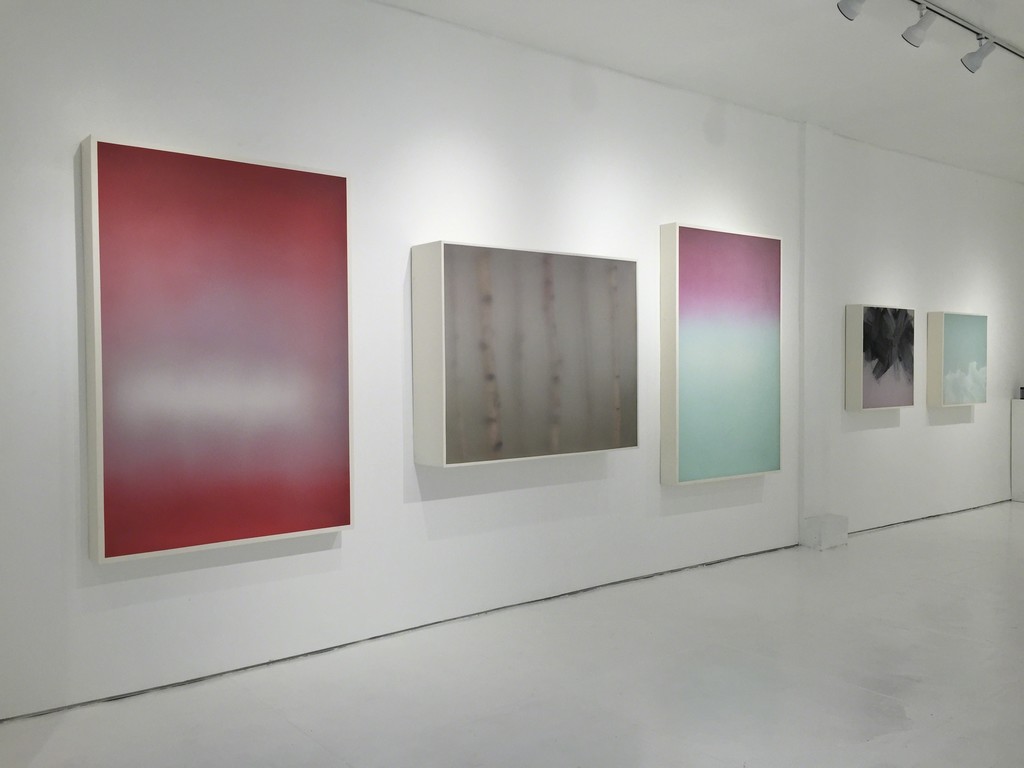 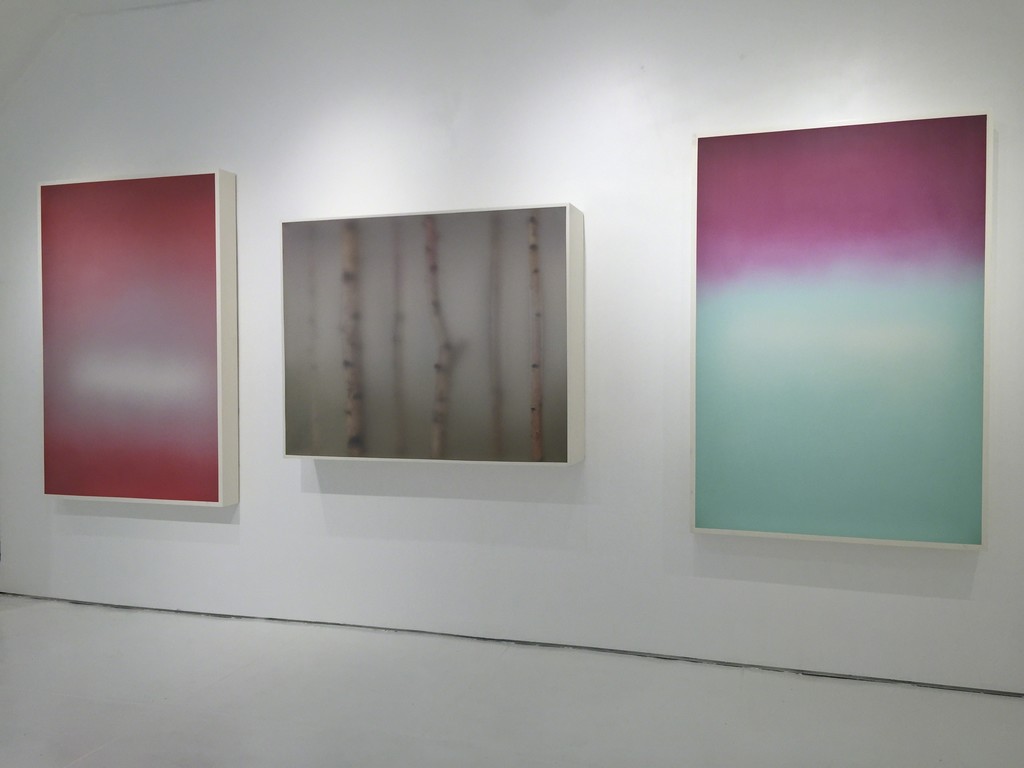 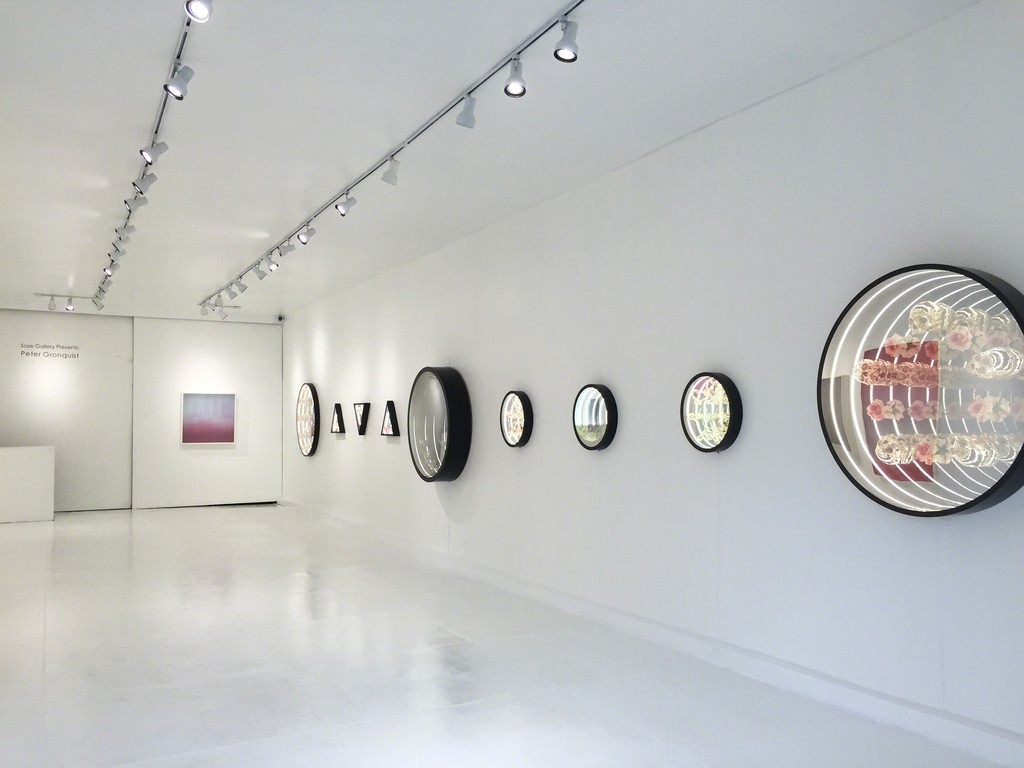 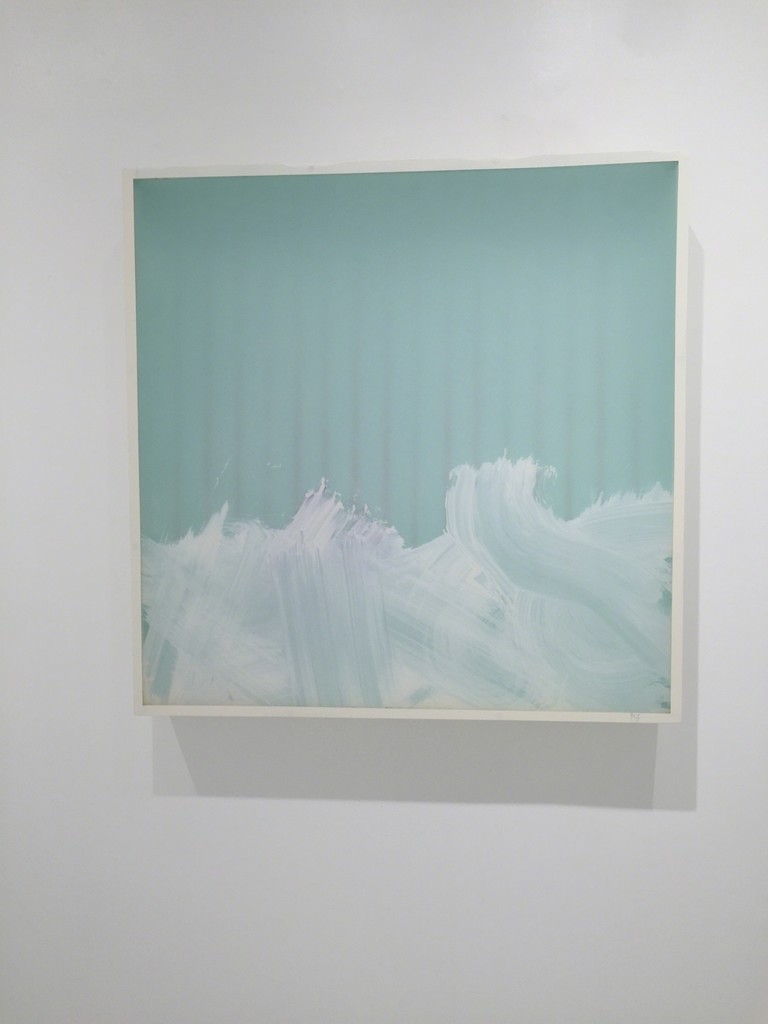 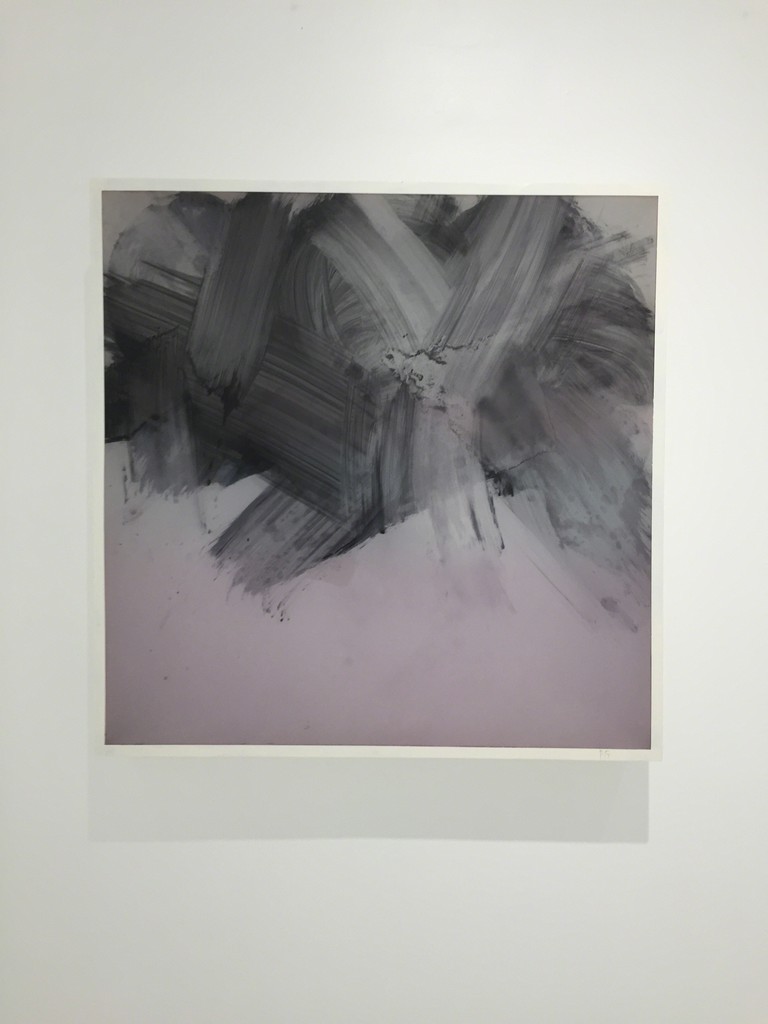 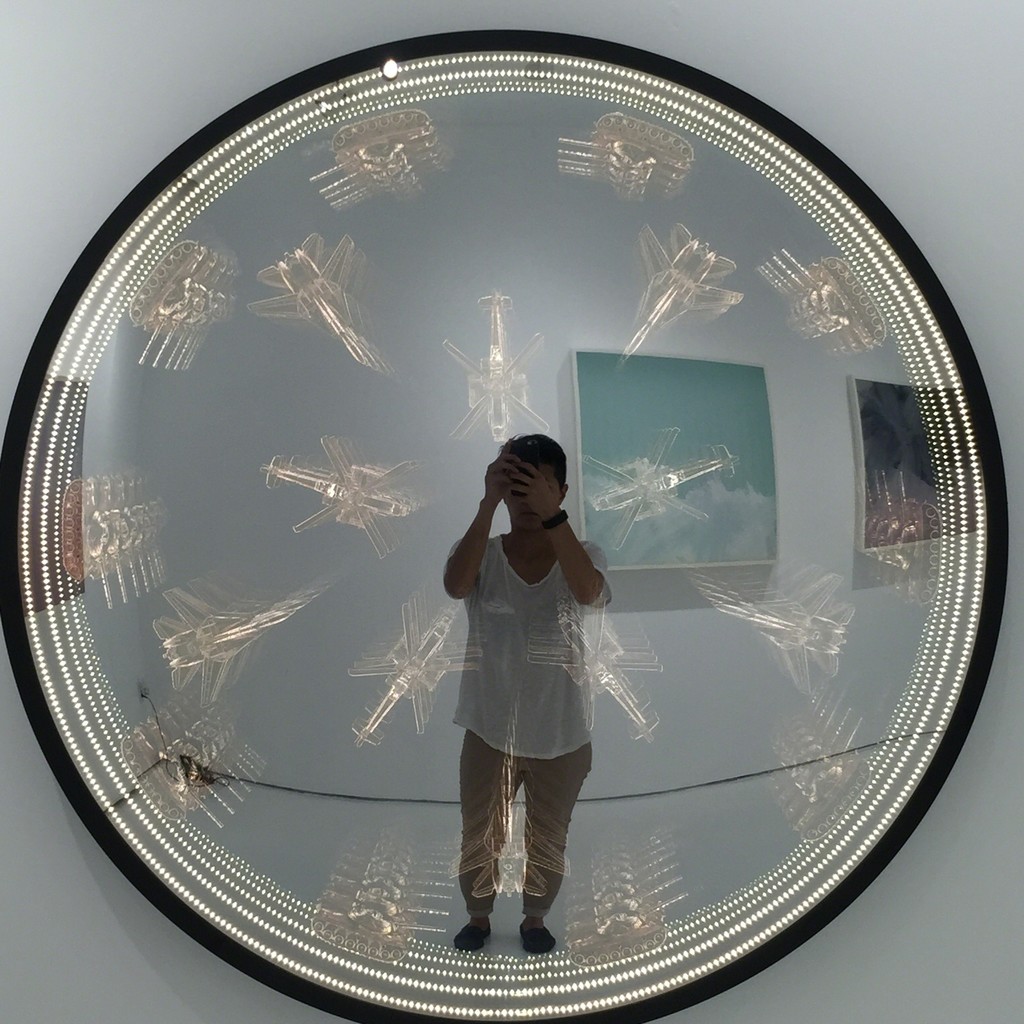 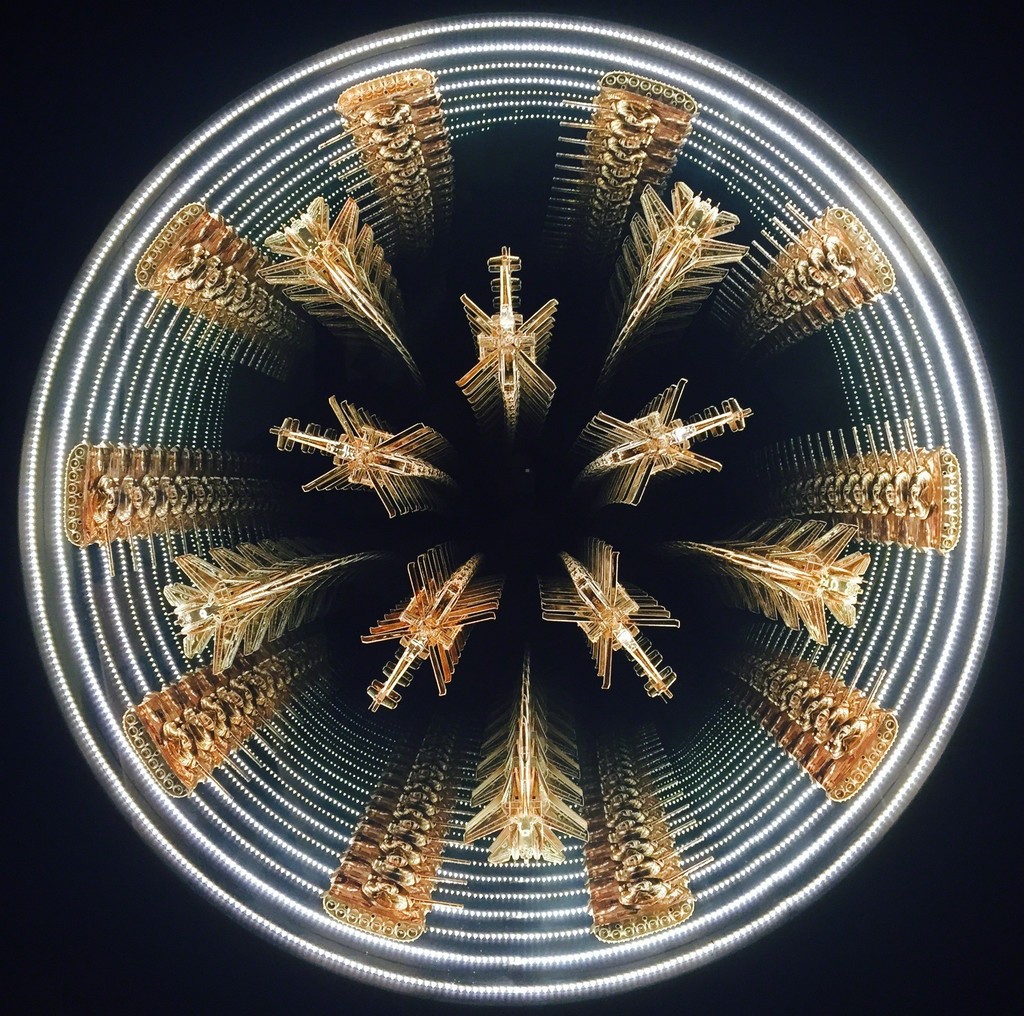 All of the Above:

As an artist, Peter Gronquist makes it a point not to get tied up to any particular style or methodology. In filtering through his experiments with new materials, All of the Above brings together two distinct styles in both painting and sculpture.
The first consists of abstract, sometimes minimal and sometimes expressive drop box paintings. These explorations of color and form are highlighted from within the work itself by hand sanded plexiglass covers, allowing an ethereal glow that bounces onto the viewer as they stand before it.
The second body of work presents the artist’s further explorations with infinity mirrors. Gold sculptures encased in mirrors fade into the abyss in perfect clarity. The subject matter of each is enhanced by seemingly endless repetition of the forms, giving it a new depth that is unique from his efforts with his paintings.

Born in 1979, American artist Peter Gronquist lives and works in Portland, OR after residing in Oakland, CA. He attended the School of Visual Art New York and received a BA in painting from San Francisco Art Institute in 2001. He has shown at The Pittsfield Museum of Art, Scope New York and Miami, and is collected internationally. He was recently named one of the top 10 new artists to collect by Business Insider.

Soze Gallery is a contemporary art gallery in Los Angeles that represents and
exhibits top contemporary artists, while also introducing up and coming talent to the art
scene. Founded and directed by Toowee Kao, the gallery has recently opened its
gorgeous new location in the heart of West Hollywood after being a longtime anchor in
the developing Erin M Riley, and Zio Ziegler to name a few.