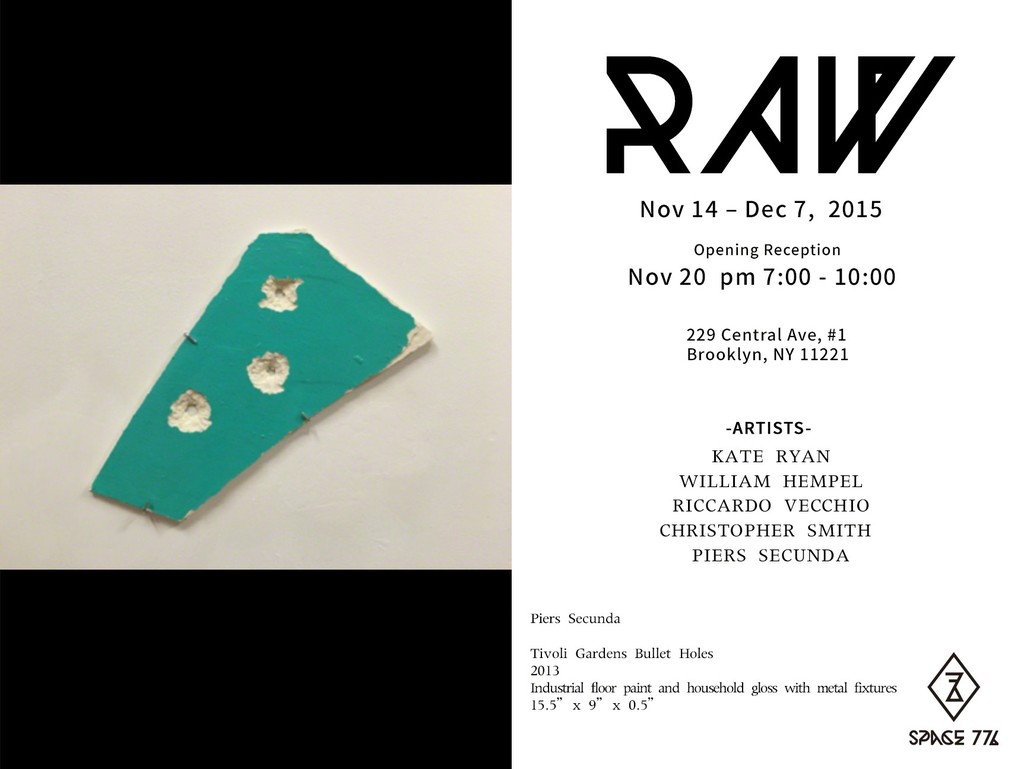 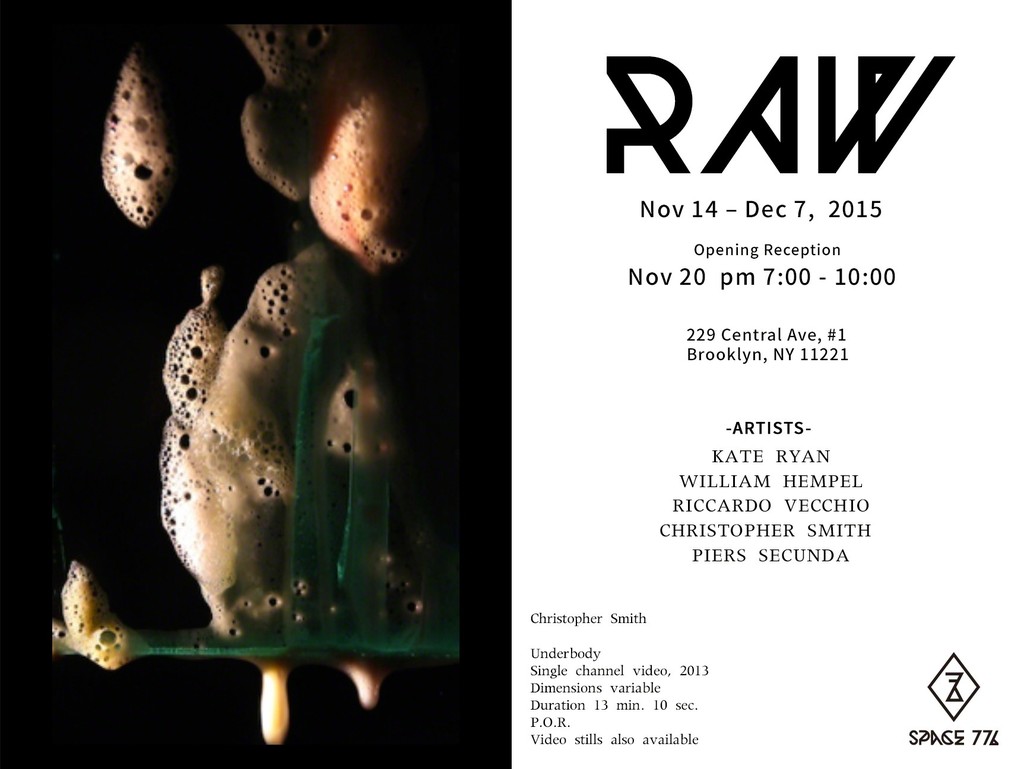 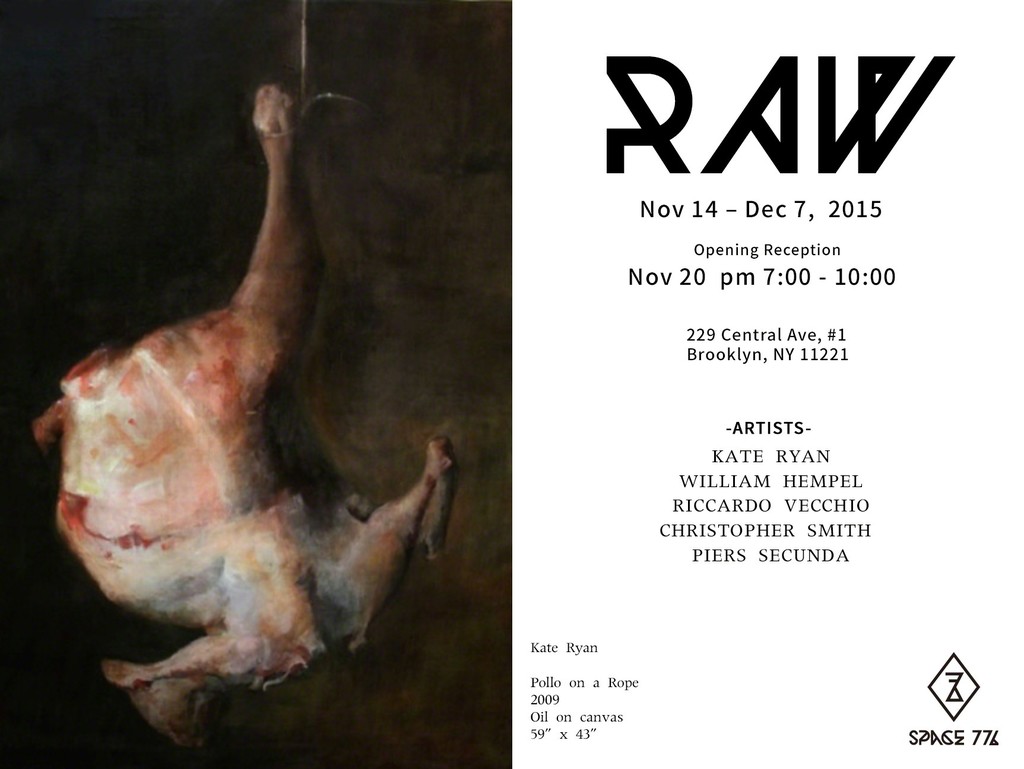 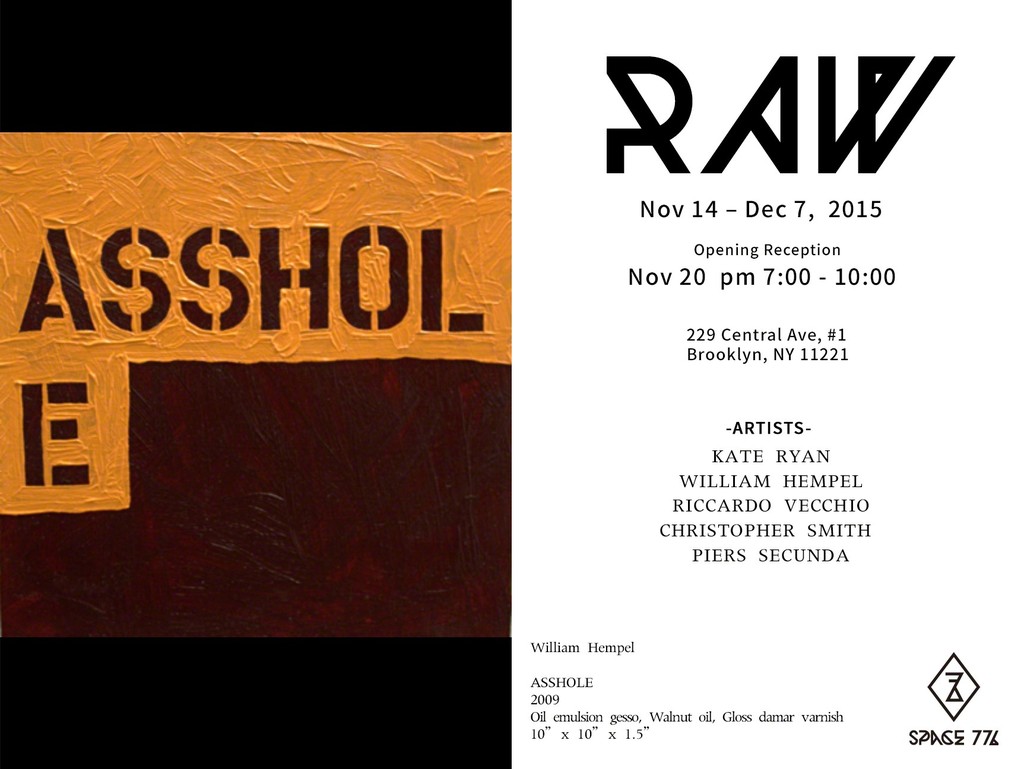 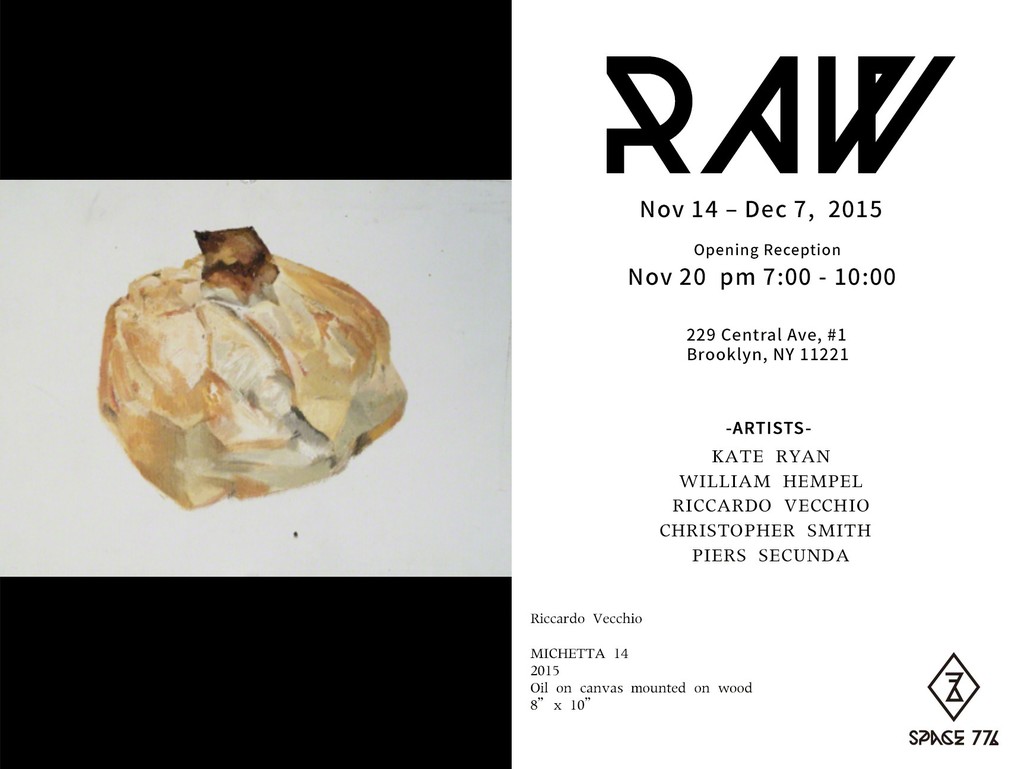 Hempel takes Insults and Aphorisms, the language of our daily interactions, and turns them into exquisite paintings, rich in material surface and facture. Using old master materials like linseed oil, walnut oil, and encaustic, Hempel works up the surfaces of prepared panels layering onto gessoed ground, or builds upon canvases that reveal and conceal raw canvas beneath. His Place/Time painting, composed of four canvases, is an exploration of the theme of “Right Place at the Right Time,” and its permutations. He also explores retort, making a statement in dense blue-black paint on canvas.

Kate Ryan paints raw meat. Her paintings of dead chickens and roosters, ham hocks, slabs of flesh, evoke the treatment of martyrdoms by masterful baroque painters like Georges de la Tour, or Jusepe Ribera. Her tenebristic settings create an environment for the meat. Arranged so that it is supported by a string, or crumpled against a table, the meat has the appearance of a body succumbing to torture, with an arm or feet tightly bound. Bones and flesh are revealed, confrontationally exposed, and placed directly in front of the viewer.

Piers Secunda makes a practice of using paint in a sculptural manner, collecting documentation of acts of violence, or subtle acts of poetic genius, and translating them into paint. Tivoli Bullet Holes take their color from the walls of Jamaican stuccoed houses. The bullet holes are created from molds made at the same sites, where gang violence and drugs imprint upon life, in contrast to the bright hues.

Christopher Smith uses video to record the performance of paint on a transparent tableau, exploring dark and light, color, and fluid substance, in Underbody. Screened on a leaning plexiglass tableau, inside a curtained and private room, his work is riveting and sensual, exposing primal understanding of visceral movement of paint. Cascading fluids evoke spit, milk, blood, and semen, reminding of the body’s internal physical movements, and our perceived realities.

Riccardo Vecchio investigates the unique form of daily bread from Milan—michette--first created in the 18th century. His paintings of raw fish, spilled randomly in the marketplace or placed carefully on a table, intrigue with staring eyes and open mouths, delicate scales, bright red gills, and guts. Using cold grey and black in a market scene reminiscent of Pieter Aertsen or hues shot with neon red and green in still life composition, Vecchio reminds us of the eternal and daily symbols of sustenance, and existence.