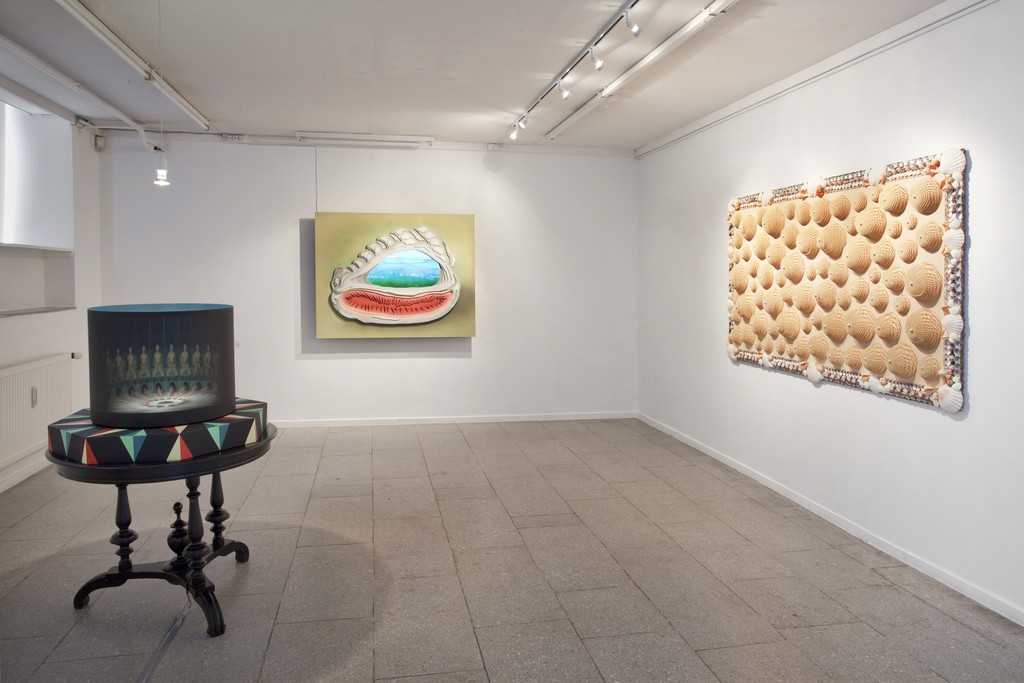 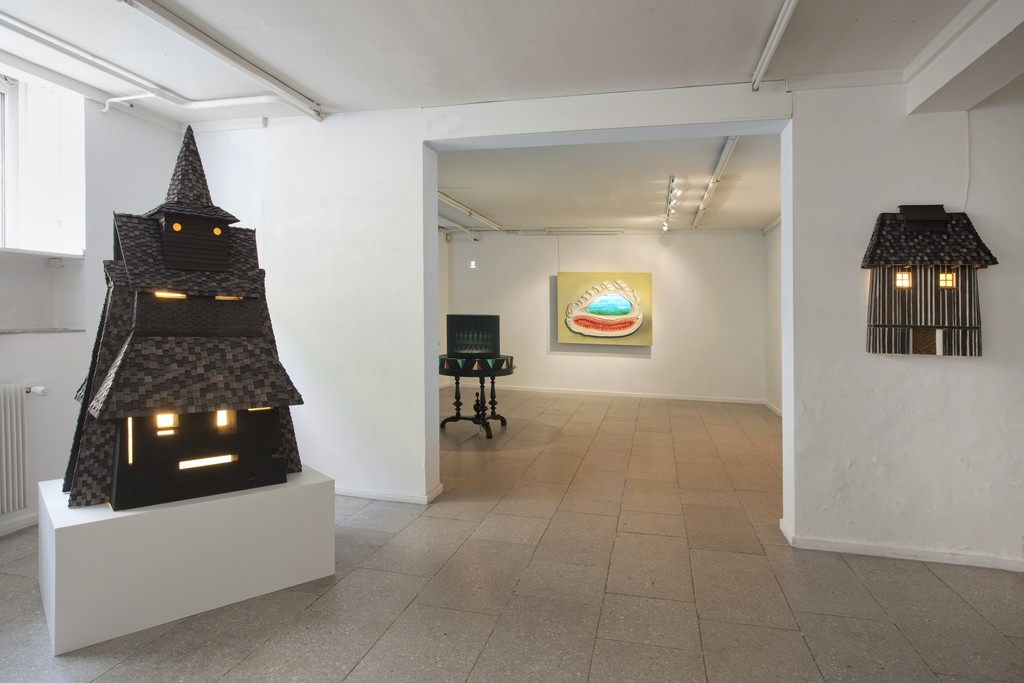 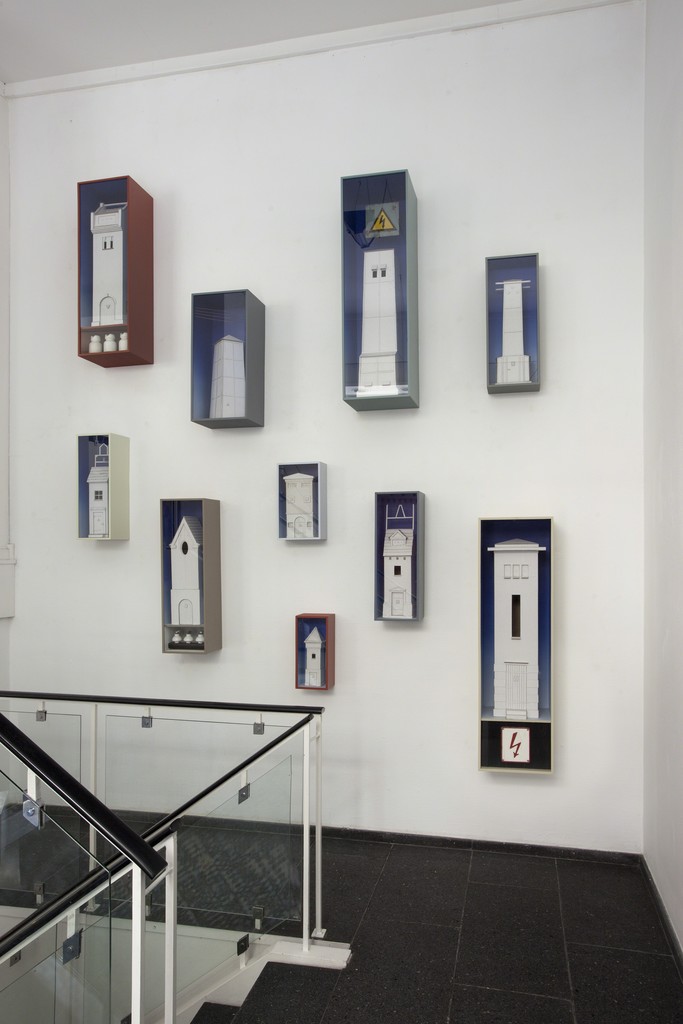 Anthropomorphic buildings and facades, souvenirs and neglected everyday architecture – Danish artist duo Randi & Katrine take forward what is stored in our memory, the things we know and recognize, in short, what is piling up in our common and our personal image bank. SPECTA opens the fall with the exhibition Collector's Items where Randi & Katrine show a series of works, new as well as from recent years all which reflects three directions in the duo's practice.
In the words of the artists: "We draw on what is commonly recognizable - perhaps almost invisible, but moving towards becoming special, as it disappears. A good example of this approach is our collection of 10 transformer tower models that were the basis for our exhibition "Between the Towers" at Arken Museum of Modern Art in Ishøj, DK, in 2015. Here, we made a collection of towers, models of existing buildings which we found in the Danish landscape and placed them through the museum's 150-meter long axis."
Anthropomorphic architecture Randi & Katrine have over the years worked continuously with anthropomorphic architecture - buildings and facades that have human-like features. For Collector's Items, they have done new wall-mounted objects, facades that appear human, as a kind of collection of masks, corresponding to a large model of a modified stave church. It is a mix of what some find as part of everyday surroundings, and for others are elements of something different and exciting.
Towers A three-meter high transformer-tower will appear along with ten models of smaller transformer towers. As artifacts of a bygone age, they stand in their own display case along with various parts of the real transformer towers. These towers previously populated the landscape around us, but are now part of a past. Towers and objects thus become history, or collectibles.
Souvenir In the last room is an assembly of postcard and souvenirs. Here are scantily clad women in a forever spinning zoetrope, here is the roar of the sea in a conch - longings for travel and new exotic adventure.
Randi & Katrine not only evolve nostalgically on past images and objects, they examine our diverse physical and mental relations to the world around us and the memory associated with it. The combination of sensing, image and memory is featured in both their smaller, intimate objects as well as installations in a large scale. Through elements from popular culture and cultural history and a use of grips from pop art, they work to acquire different visual worlds and motifs which are transformed into a visual expression of their own.
Randi Jørgensen (DK, 1974) and Katrine Malinovsky (DK, 1976) both graduated from the Royal Danish Academy of Fine Arts in Copenhagen in 2005. They have worked together as the duo Randi & Katrine since their time at the academy. Randi & Katrine have in recent years made a strong appearance, including a number of notable public works and major museum exhibitions. In 2015, they presented the critically acclaimed exhibitions Between the Towers in Arken Museum of Modern Art in Ishøj, DK, and at the same time the exhibition Follies and Faces at KØS and along a 2km art route, both in Køge, DK. They also participated in the 19th Biennale of Sydney in 2014 with The Village, an entire village of anthropomorphic buildings. Their public works include, among others, Pine forest, art playground at Nikolaj Plads in Copenhagen, Belltower man in the Southern port, Køge, Mushroom at Glesborg Plejecenter and a complete decoration of the ferry M/F Ærøskøbing. Randi & Katrine are represented in a number of collections, among others Arken in Copenhagen, KØS in Køge and AROS in Aarhus, and in the spring they received the Danish Arts Agency’s three-year scholarship.