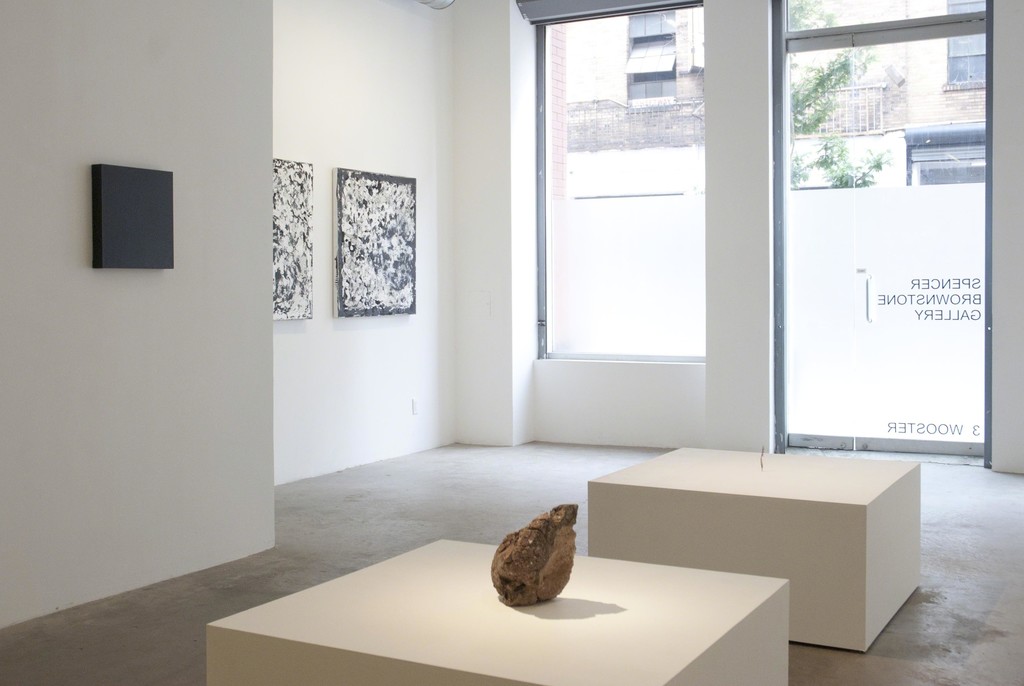 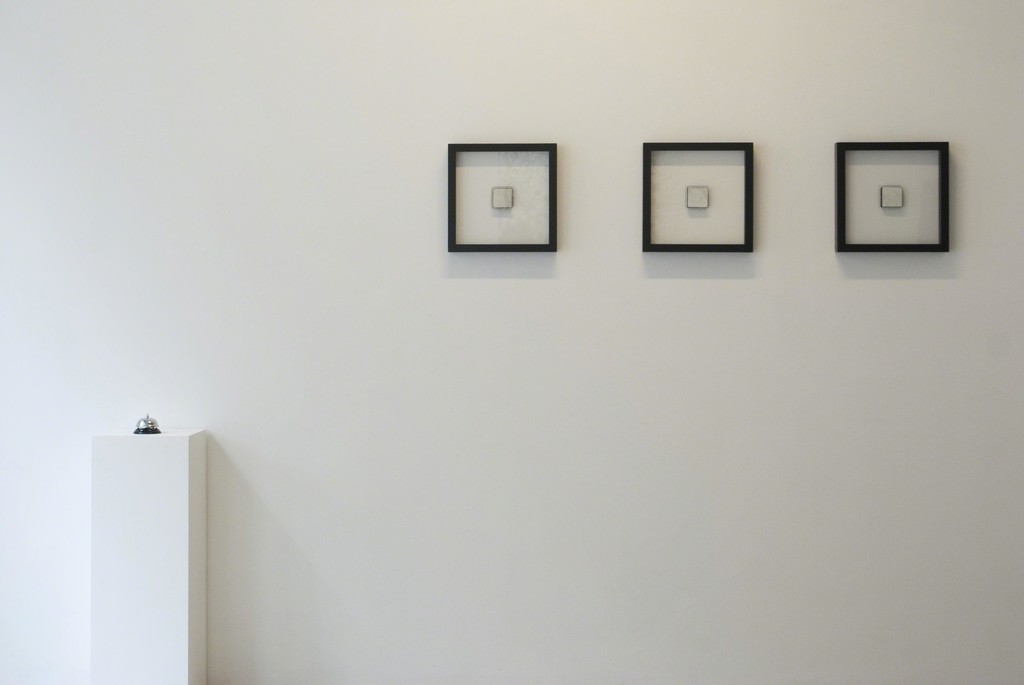 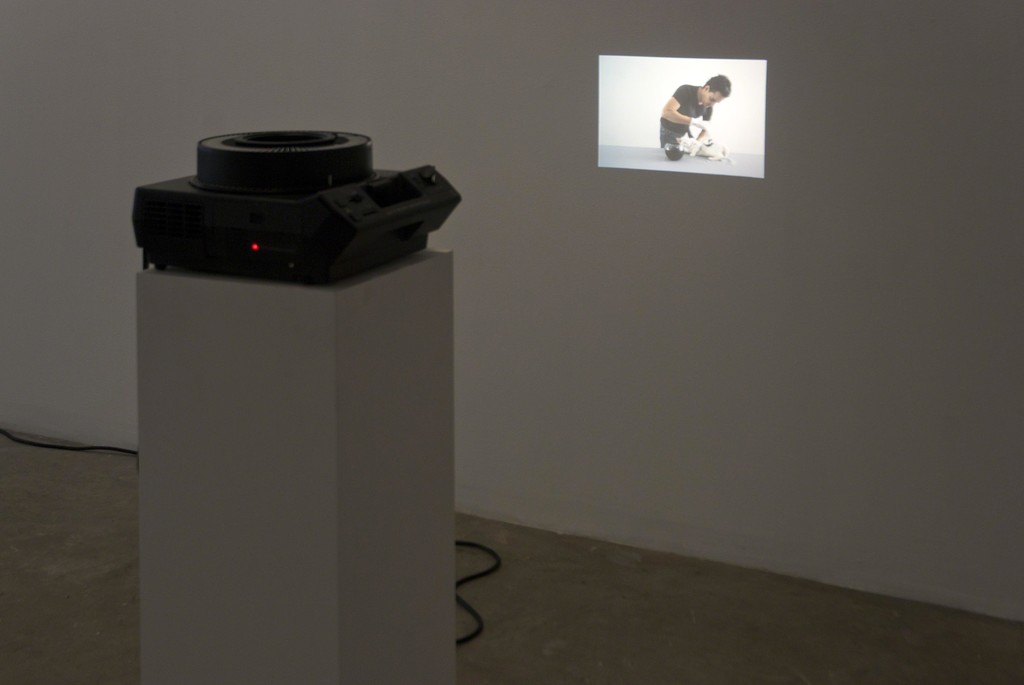 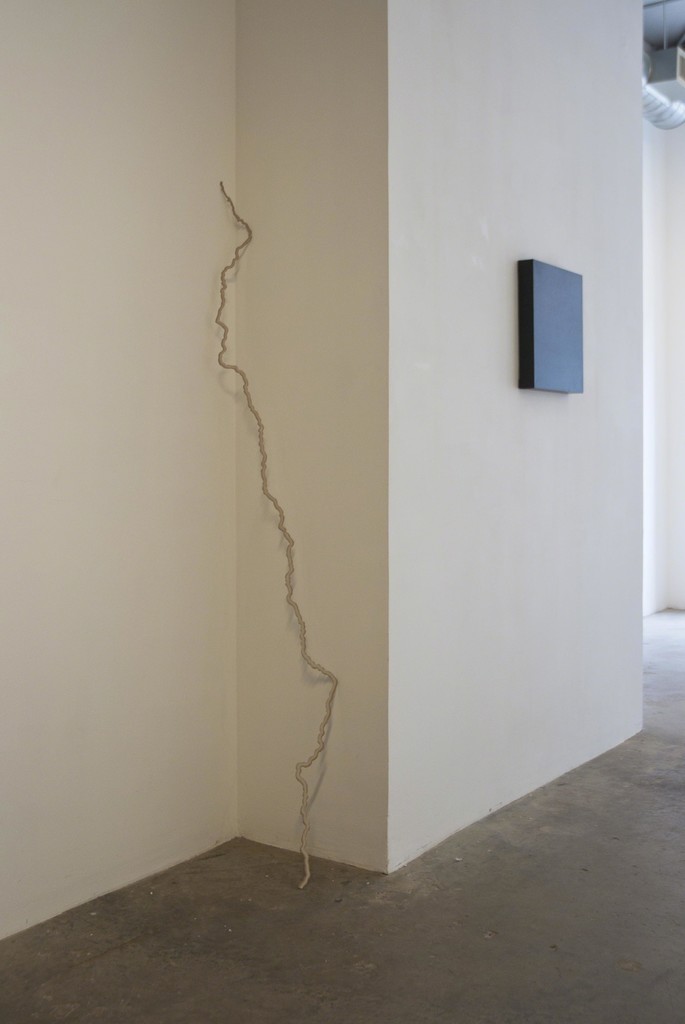 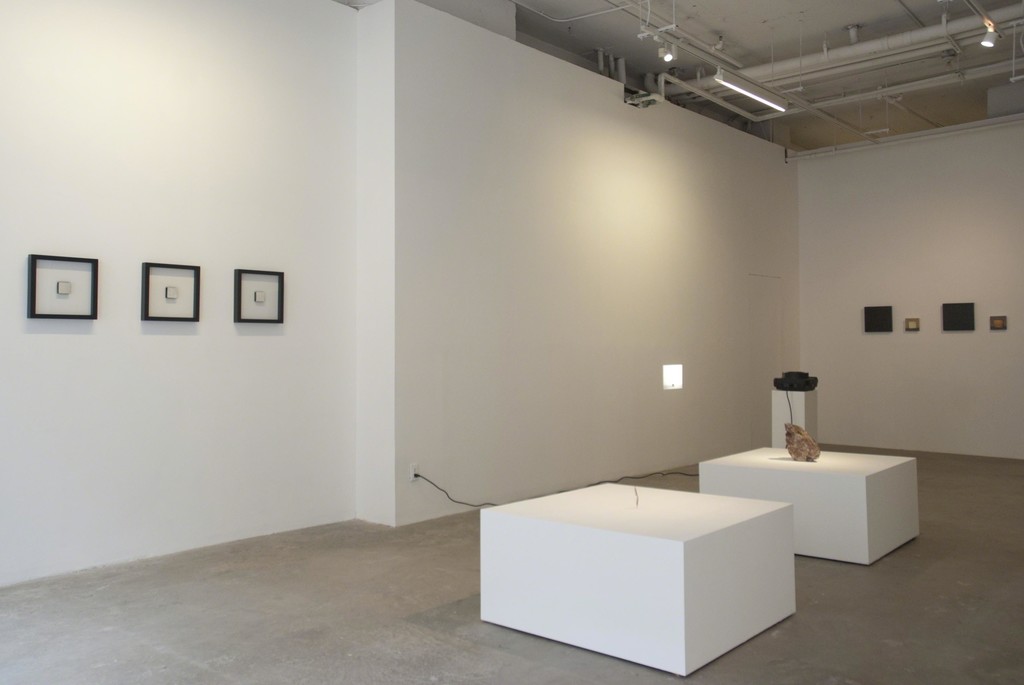 With a practice firmly rooted in performance, Ariel Orozco freely moves between the literal and allegorical in the many forms his work takes. Demonstrating an evolution from earlier methods, for Presente Continuo the artist draws on the materiality of the mediums he uses to connect to the viewer. The works on view all grew from an earlier artwork by the artist entitled Peces in which a fishbowl is filled with ink to embody the potential of what it may become in the hand of the artist.
Throughout the exhibition, the artist's intervention is apparent. Though not strictly performance, many of the pieces hold vestiges of the artist's presence through the implied actions used to complete them. The ink as well is omnipresent, coating the surface of multiple canvases. But it is the potential of the ink, as in that earlier piece, which is so neatly captured.
This effect is best encapsulated in the titular artwork, where a standard call bell has been subtly altered so that when pressed, the ringing is drawn out to an unnatural length. By such a simple intervention, Orozco creates a space of contemplation in which a moment persists: a continuous present. Yet equally so, the 'present continuous' is the capturing of an instant and many of the works do just that, holding the same potential as the un-used bowl of ink, revealed again by the hand of the artist.
By intentionally keeping the scale small for the majority of the exhibition, Orozco impresses a feeling of intimacy, forcing the viewer into deeper contemplation of what they are seeing. This contemplation forms a different sort of 'present continuous' in which the act of contemplation in turn creates its own moment. It is in a way a commentary on the appreciation of art itself, and doubly enforces his use of painting as an artistic archetype. While many of the works mimic the form of paintings, they cannot be truly described so: all are tangible objects in themselves, the result of the ever-present artist.
Orozco appears in person only once, as the painter of a white cat in its transformation to a black cat, using that same ink. This highlights the alchemical process of turning ink into artwork, revealing hidden depths of meaning while simultaneously connecting the works through their shared origins.