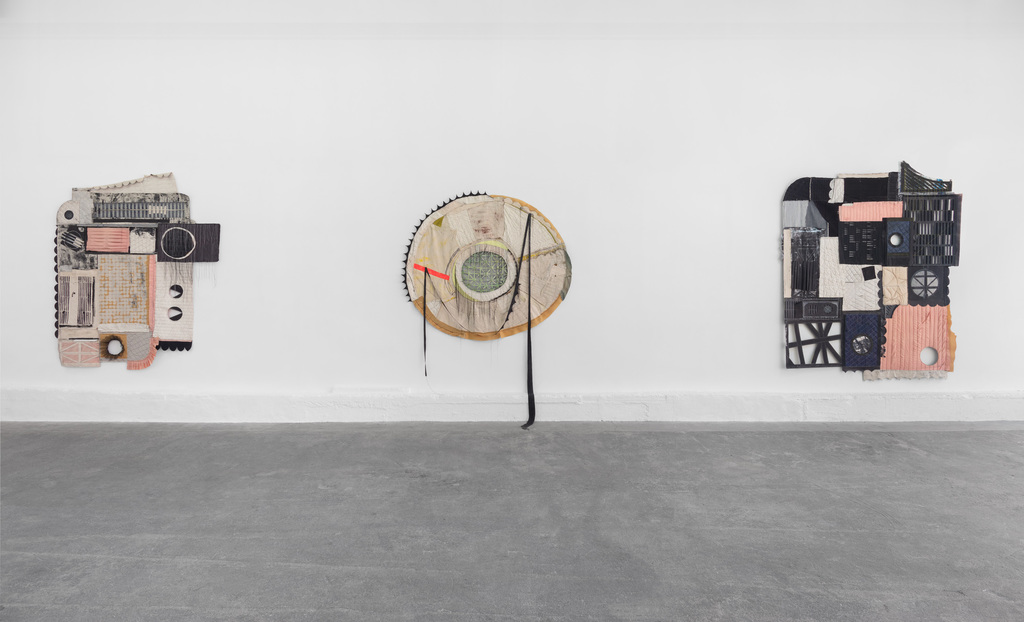 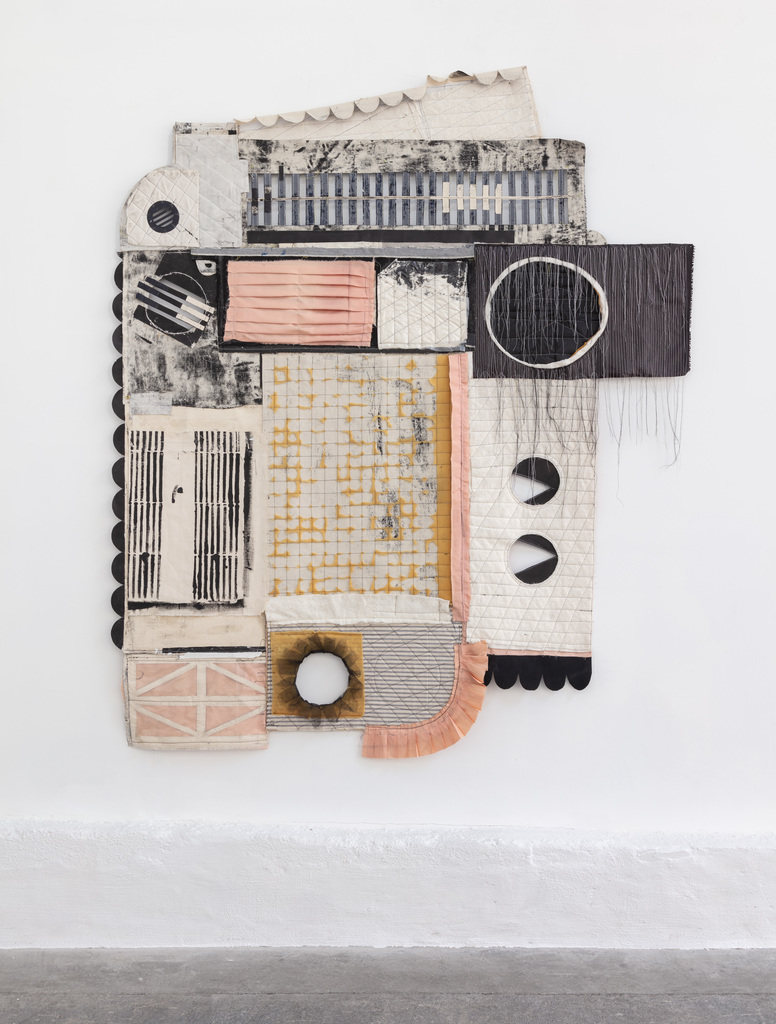 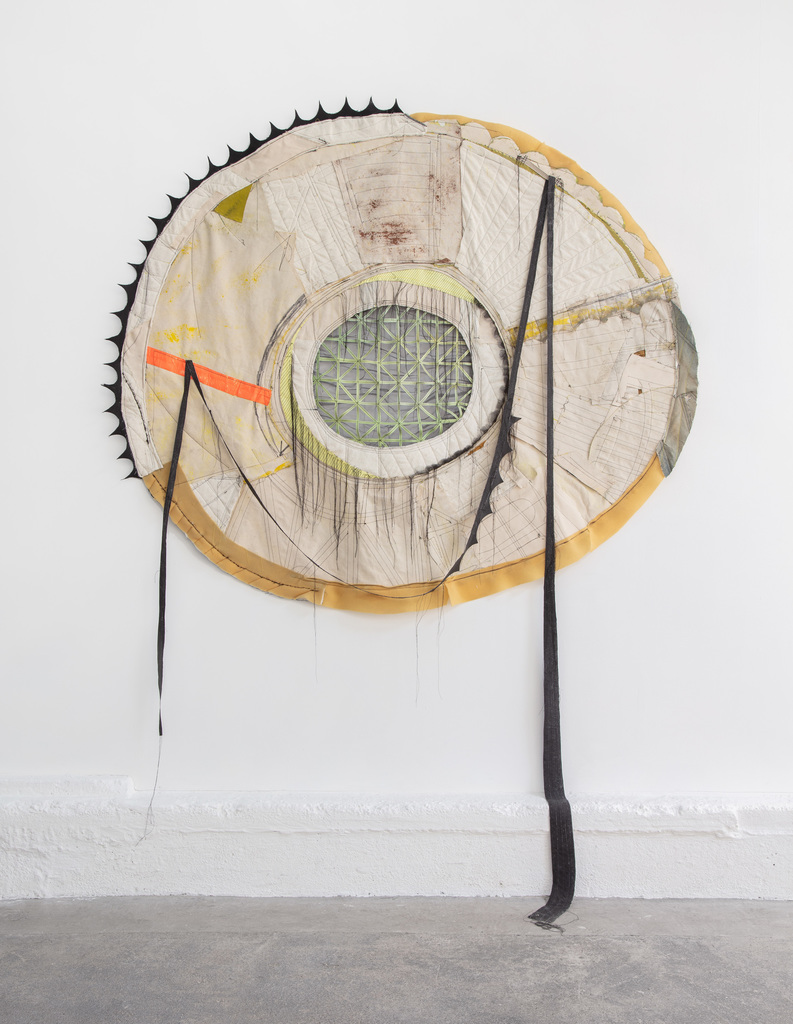 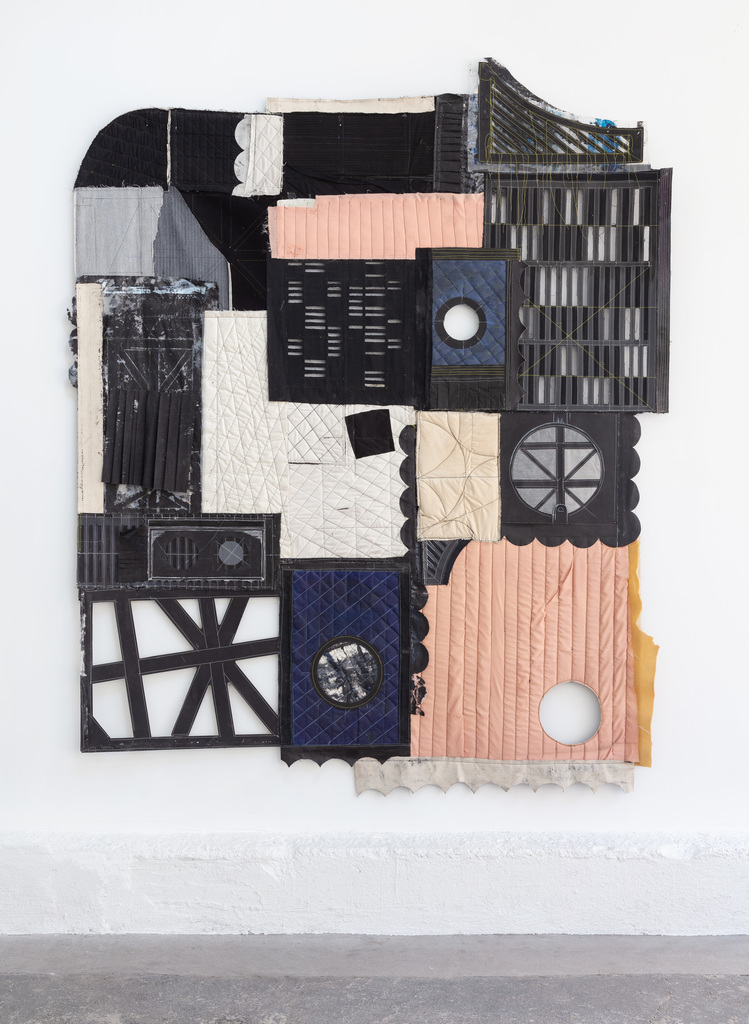 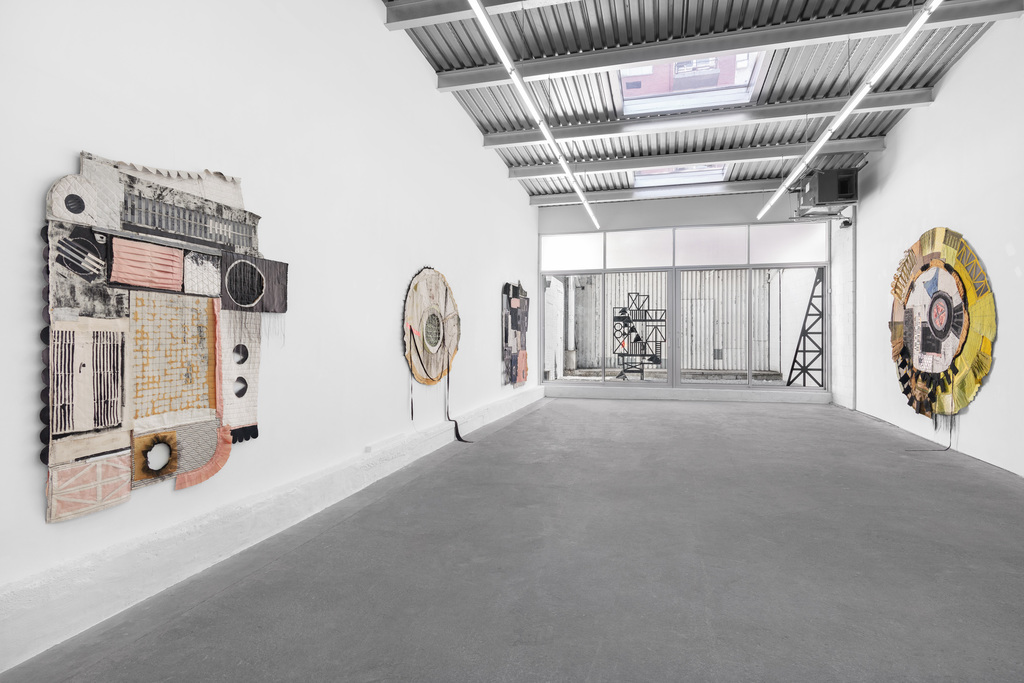 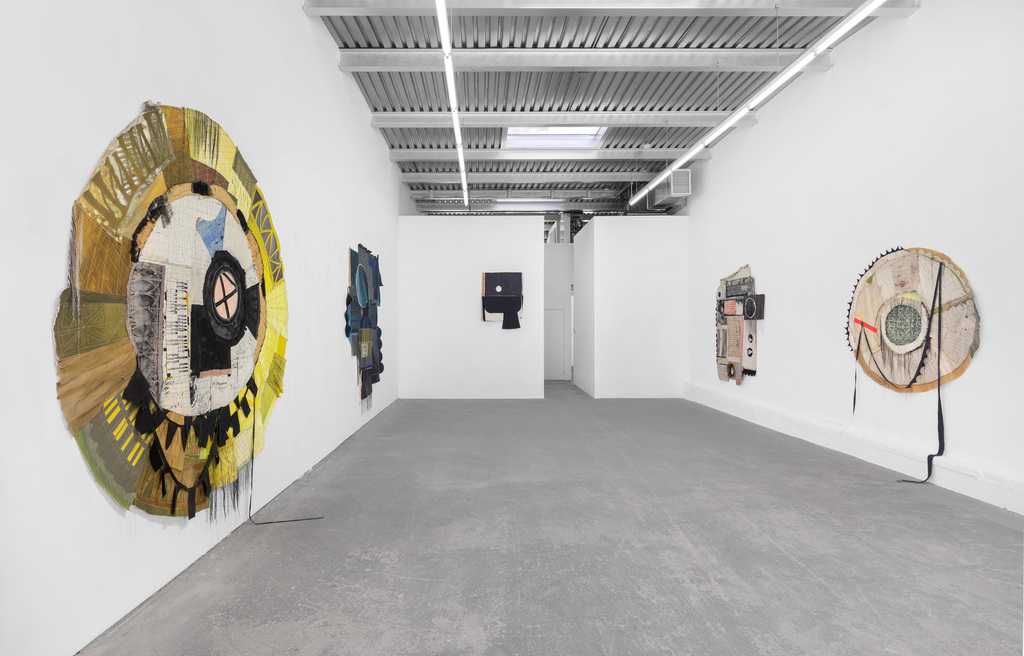 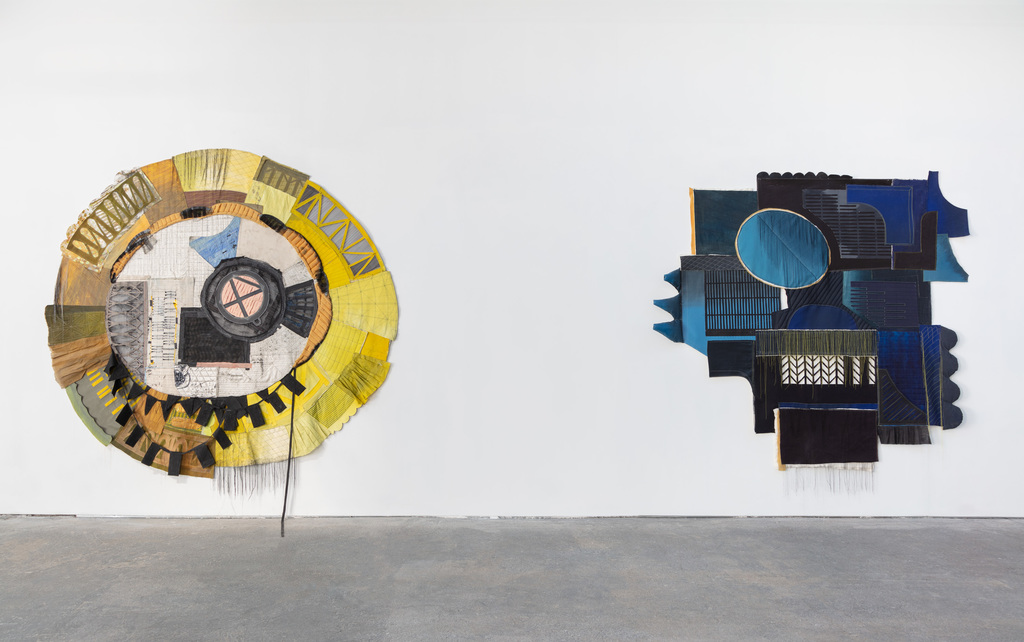 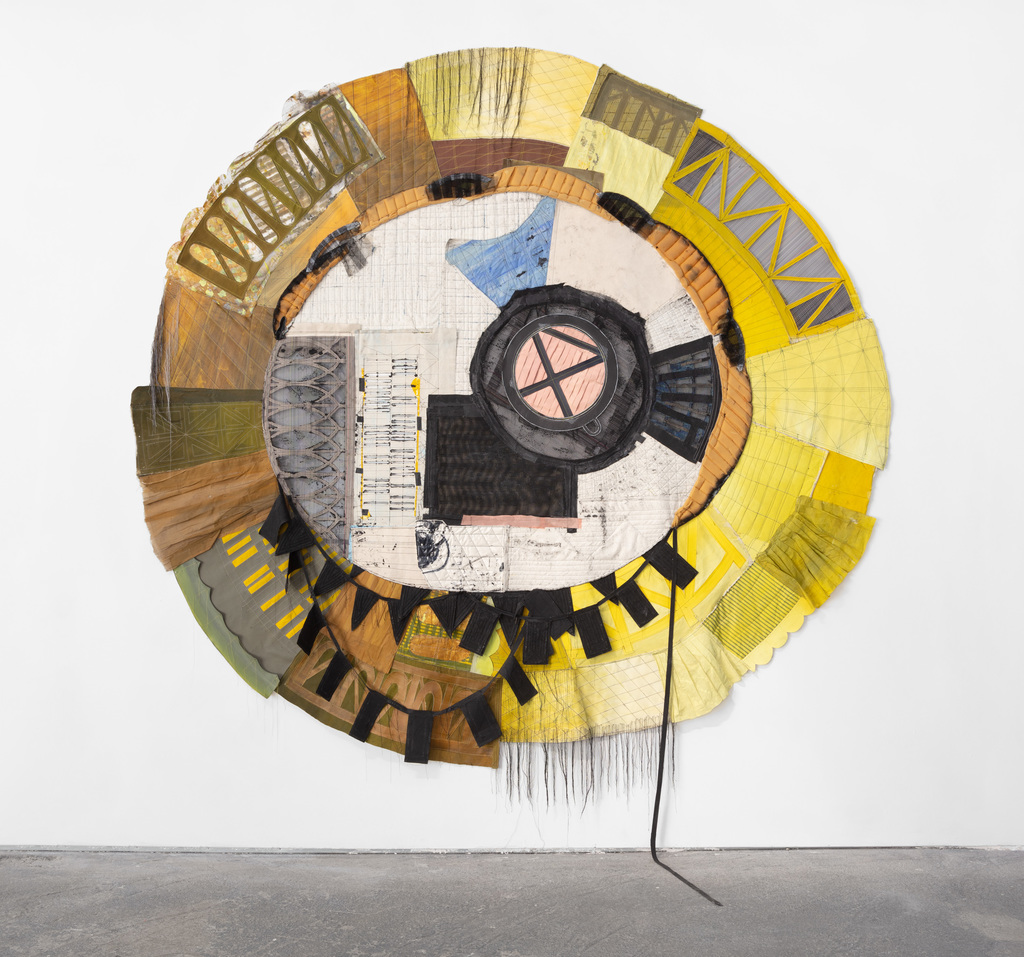 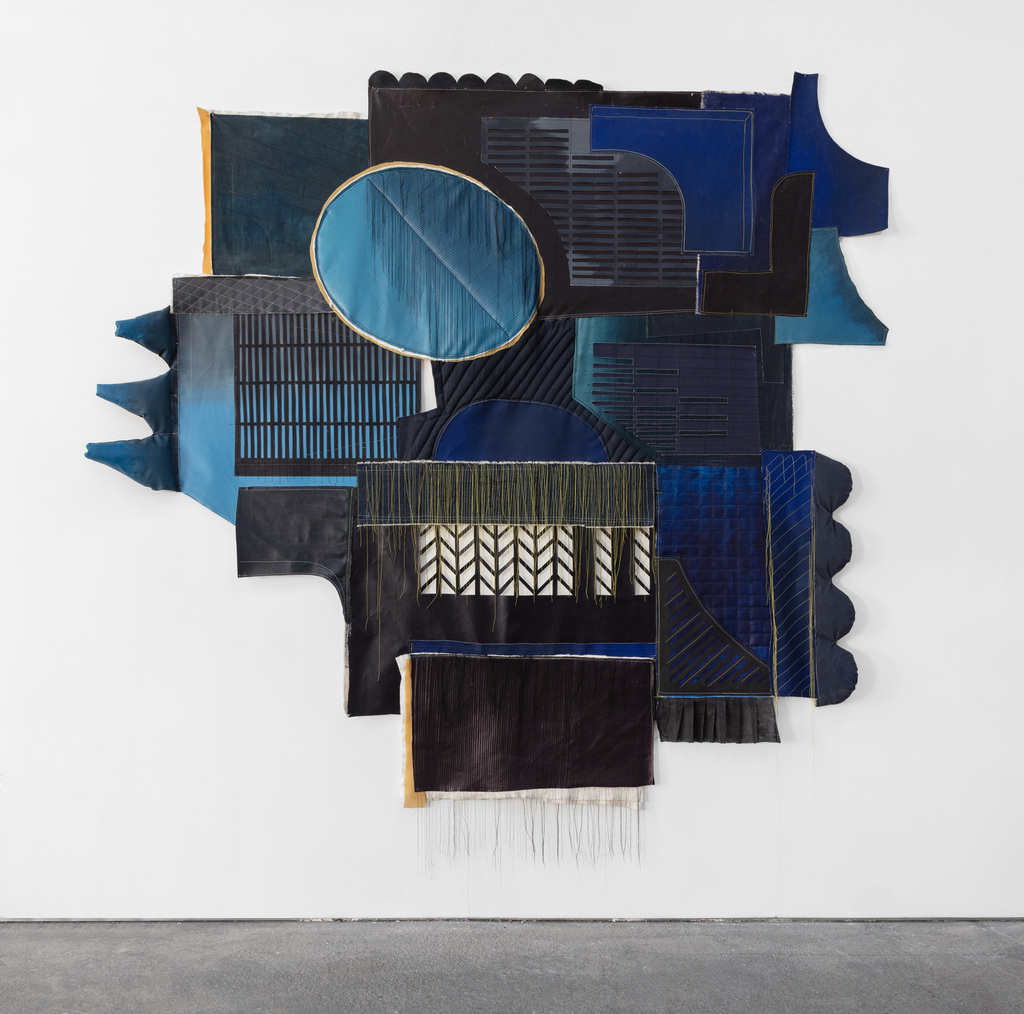 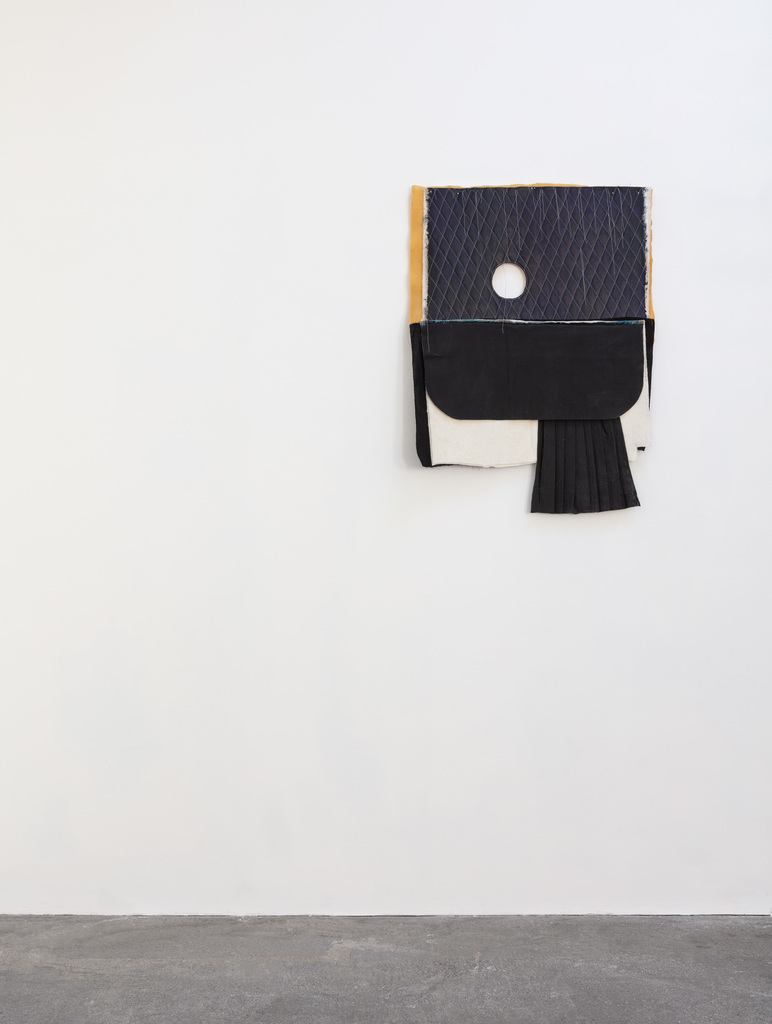 The show will feature a striking departure from past sculptural work with fresh creations that lie between the second and third dimensions; hard and soft, form and perceived function.

South’s new work delves into the formal in-between in new and sophisticated ways. Her characteristic architectural forms and pseudo-industrial material are condensed. The past emphasis on three-dimensionality, accentuated by boxes and cages, are flattened into grids and swaths of subtle tones. Her signature paper and balsa wood constructs are replaced by tectonic assemblages of softer materials -canvas, tarp, packing foam, and thread. Once tight and opaque, the application of color is now painterly and reductive.

To see South’s work is to see objects from multiple perspectives and dimensions. "Cutter", featuring a quilting of painted canvas and other fibrous materials is clearly a wall piece, however, the implied flatness is betrayed by foam and tarlatan protrusions, drooping thread, and shadows cast by grills and punctures. The work literally and figuratively hovers between the flat and the spatial.

The line too is imbued with dimensionality through the use of thread, especially evident in expressive fringing. As a material it is impossible to separate it from the labor of its use. Drawing and binding become the same action.

Furthermore, compression of form introduces the possibility of depiction. South’s work exhibits a patchwork of ubiquitous architectural and functional forms like the grid, the wheel, and the arch -their combination reminiscent of large control panels or fictional machines. If the dragon and fleur-de-lis, familiar icons of shields and banners, were replaced by new fetishes of modern industry, one might imagine something like South’s work.