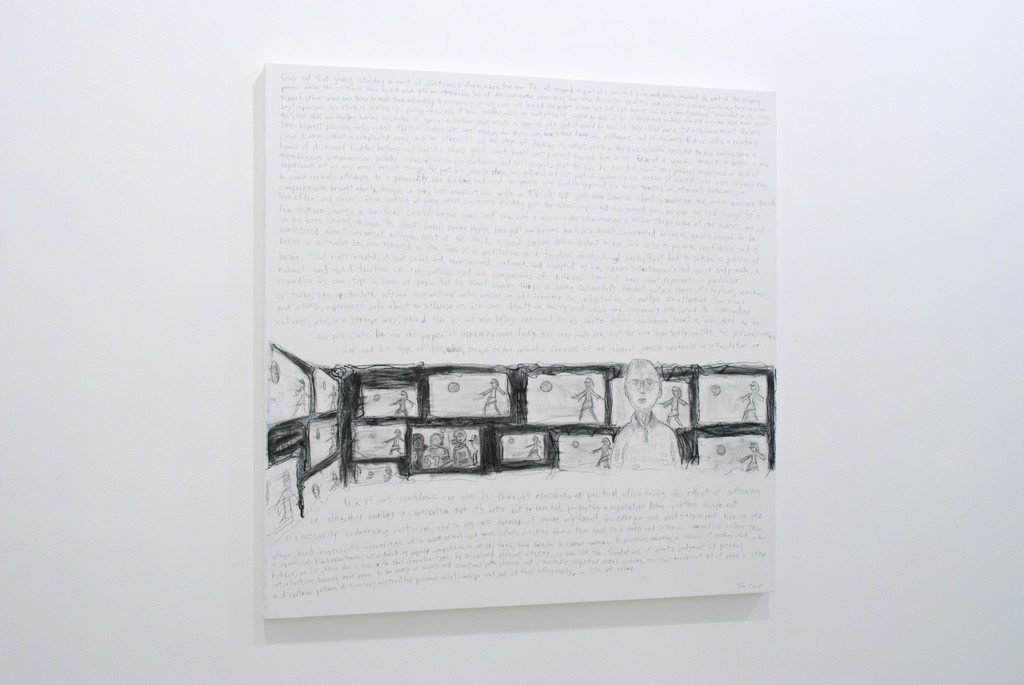 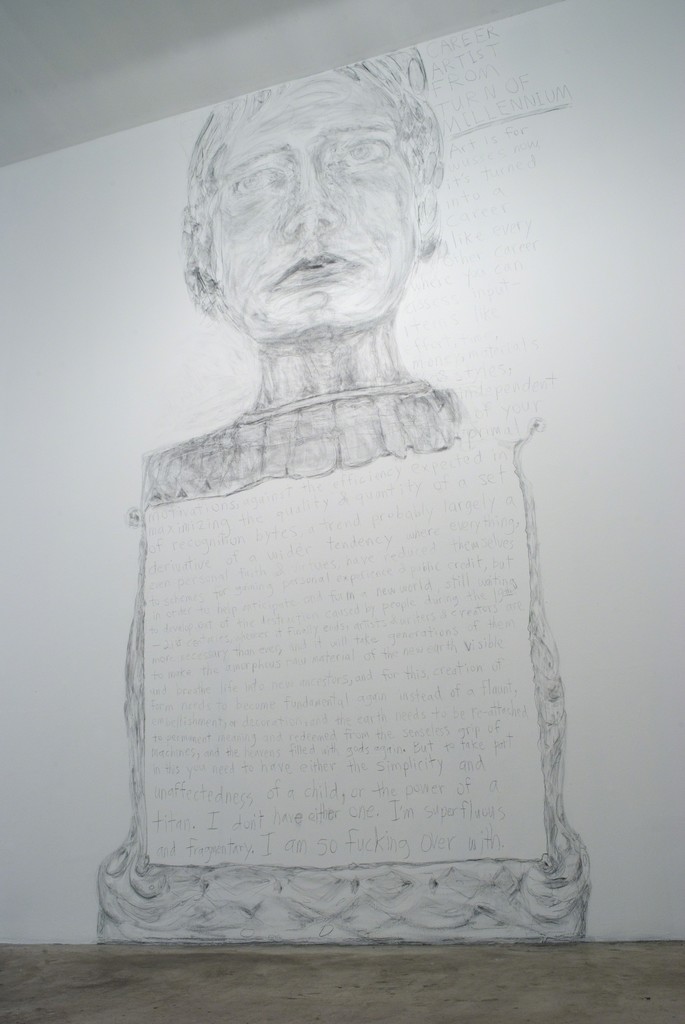 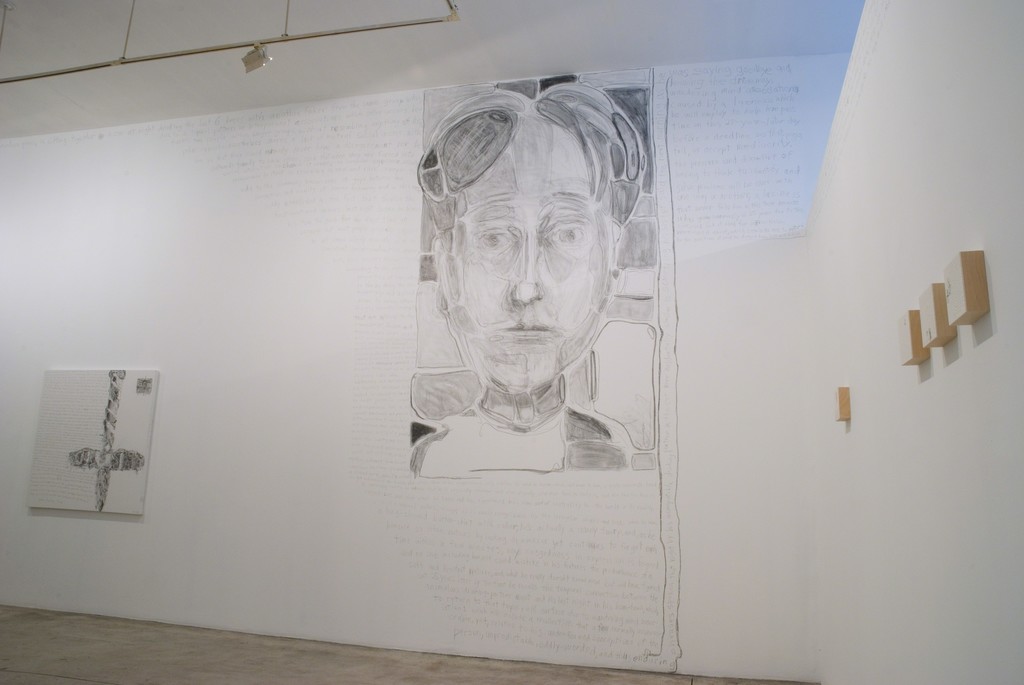 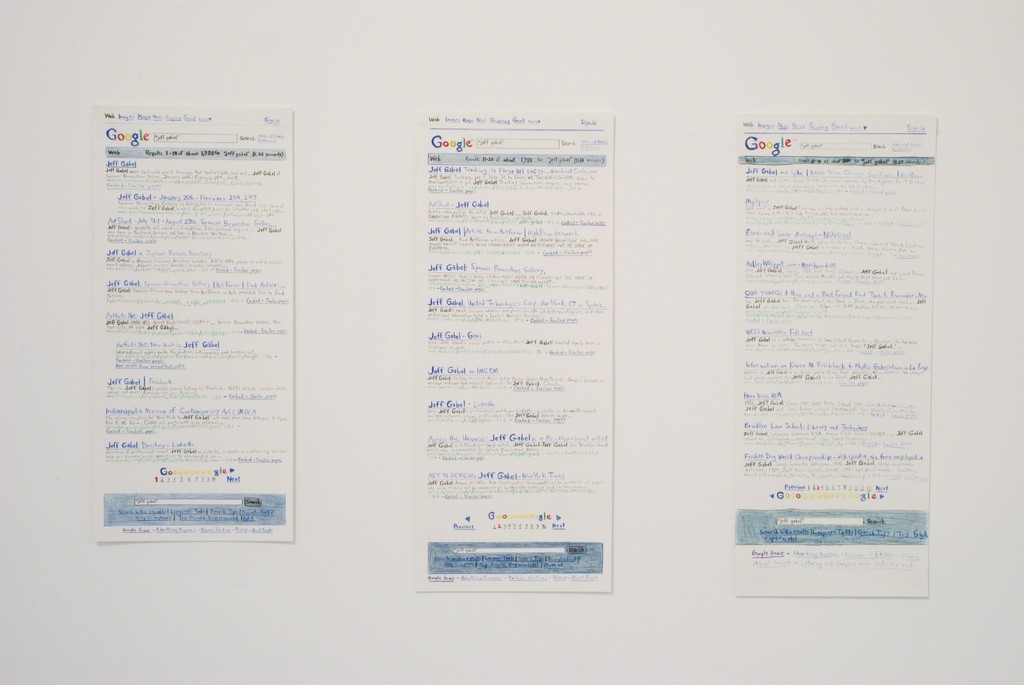 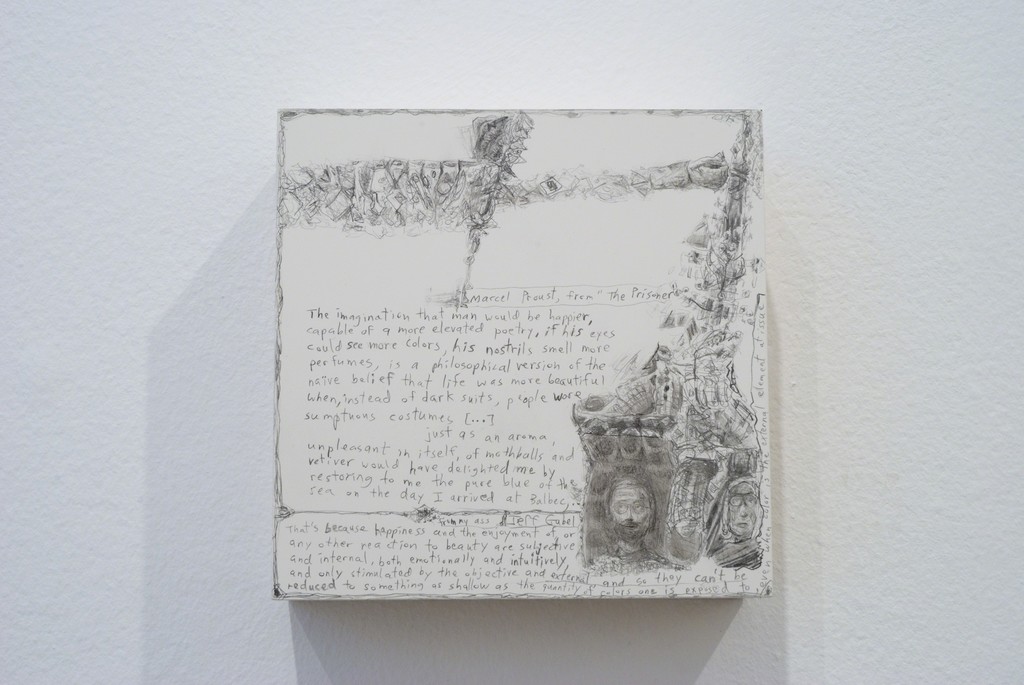 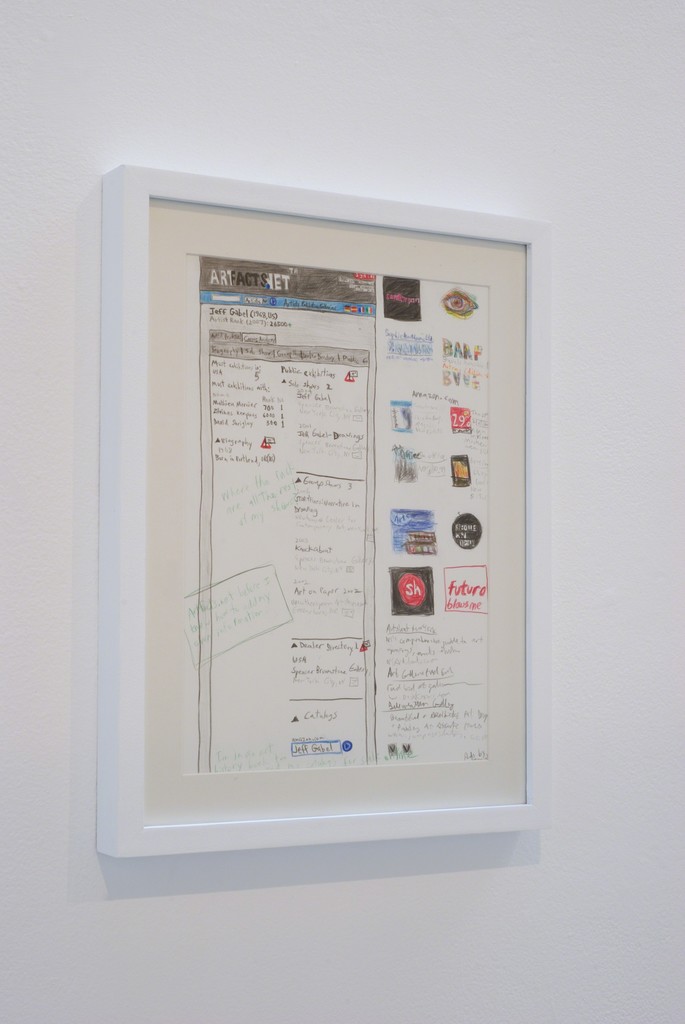 Brooklyn-based Gabel works mainly in pencil, on a range of surfaces, from small gesso-board panels to large wall drawings, all of which will be showcased in this exhibition. His drawings typically feature wiry renderings of people around which scrawled lines of text elaborate imaginary narratives. His characters are usually fictional, but are based on types drawn from a contemporary American landscape of office workers, soccer moms, support groups, alcoholic loners, and artists scheming grand projects from monotonous day jobs.
Often caught in fleeting moments, the significance of which is only later grasped, Gabel’s protagonists can seem consumed with regret, caught up in a world of constricted social intercourse and fading dreams. If this is so, they nevertheless achieve something like redemption through the attentions of the artist’s pencil, illuminated and elevated through his empathy and instinct for the human comedy. Gabel’s remarkable psychological intuition recalls Proust in its lucidity, an association also reinforced by his use of snaking elaborately drawn out sentences.
For this exhibition, Gabel will be producing two large wall drawings created in-situ at the gallery, as well as a series of drawings on wooden panels, and mid-sized works on canvas. As well he will be debuting a suite of new colored pencil drawings documenting his day-to-day distractions doing Google searches of his own name and anxiously checking his rating on Artfacts.net.