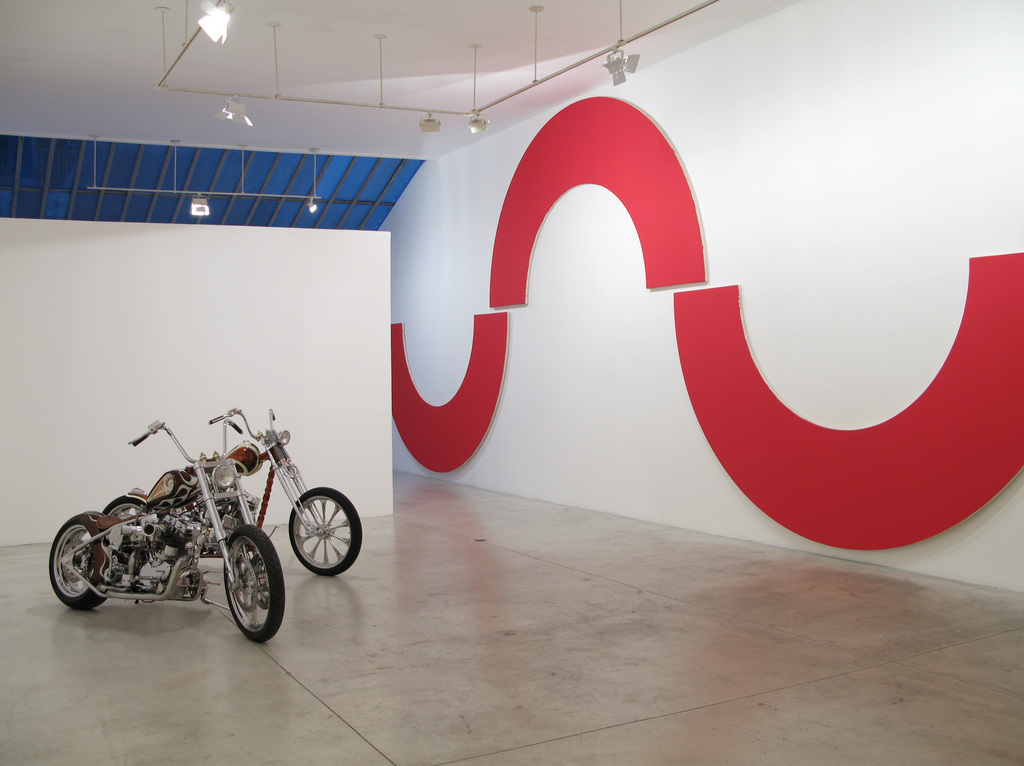 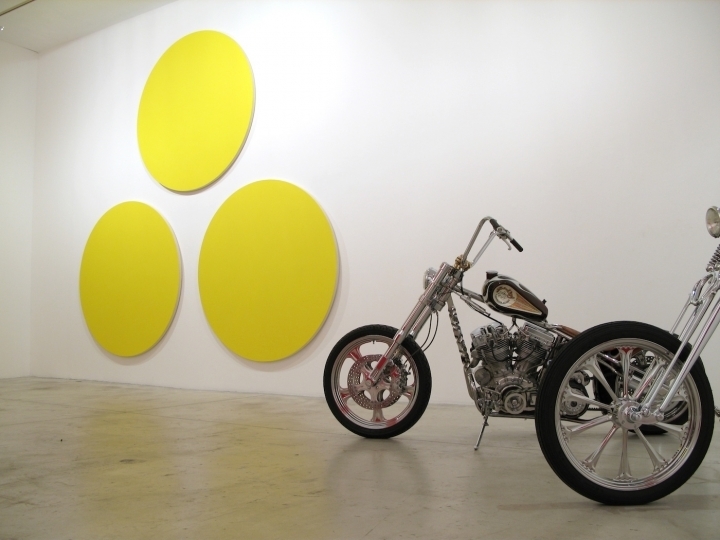 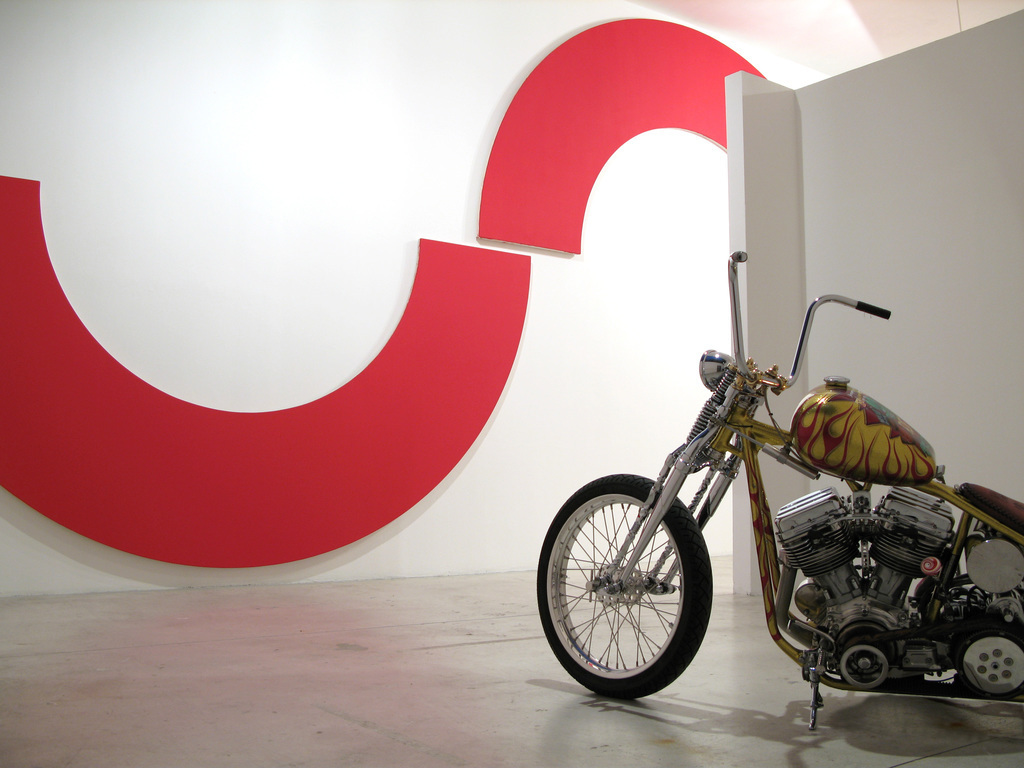 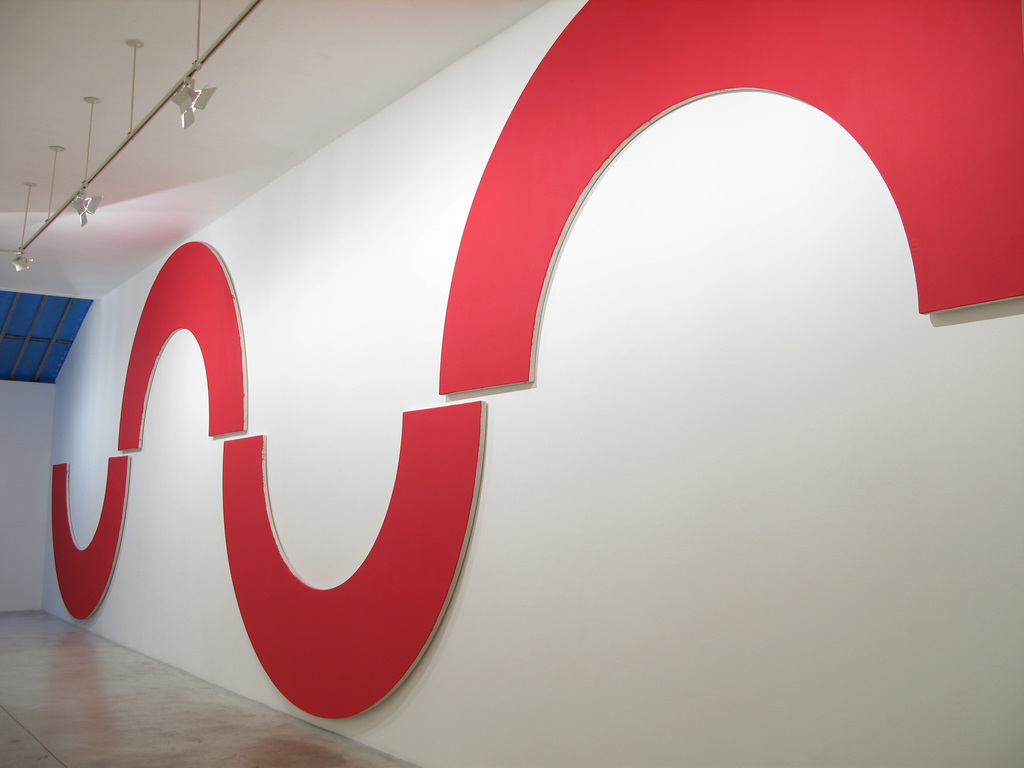 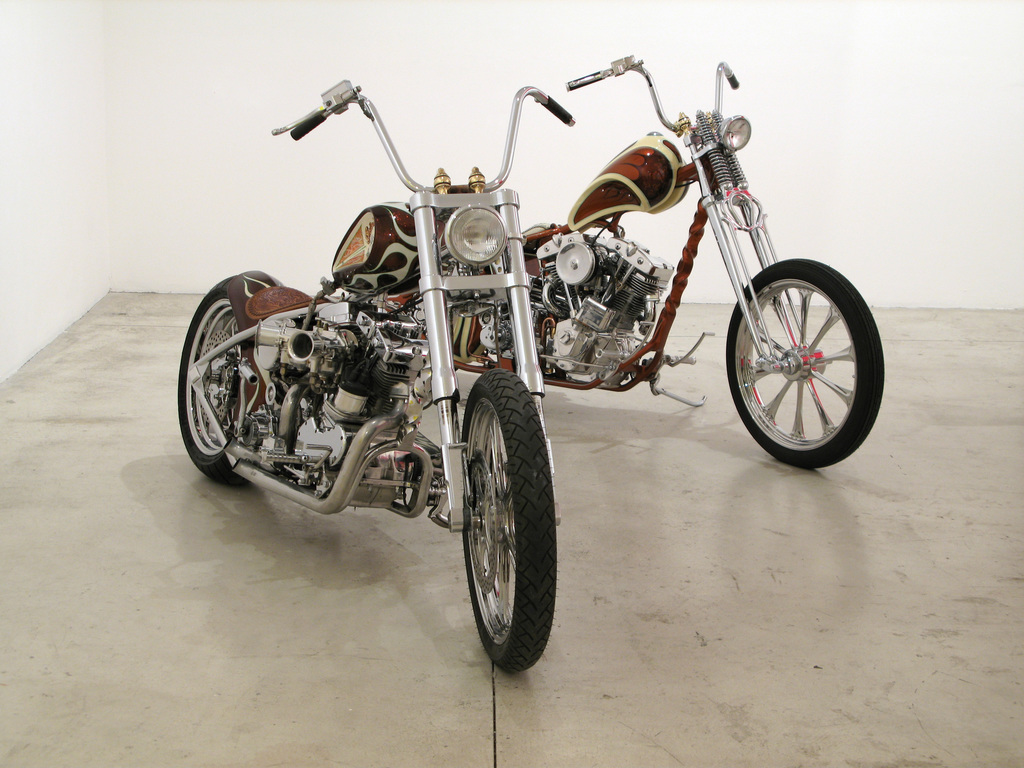 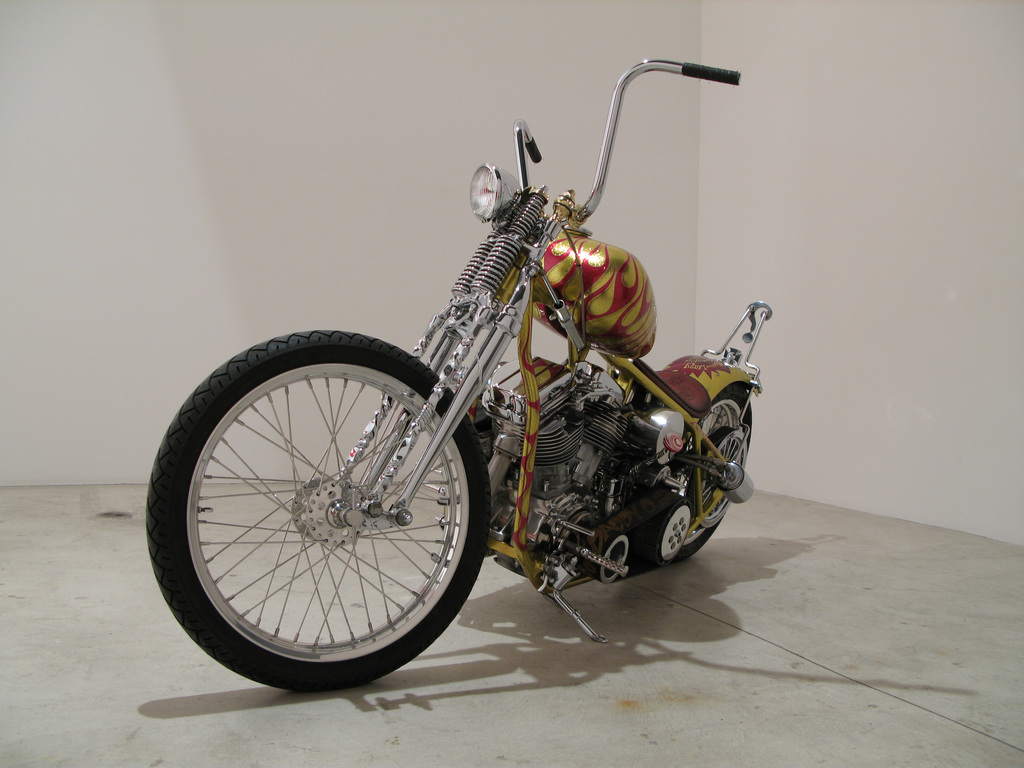 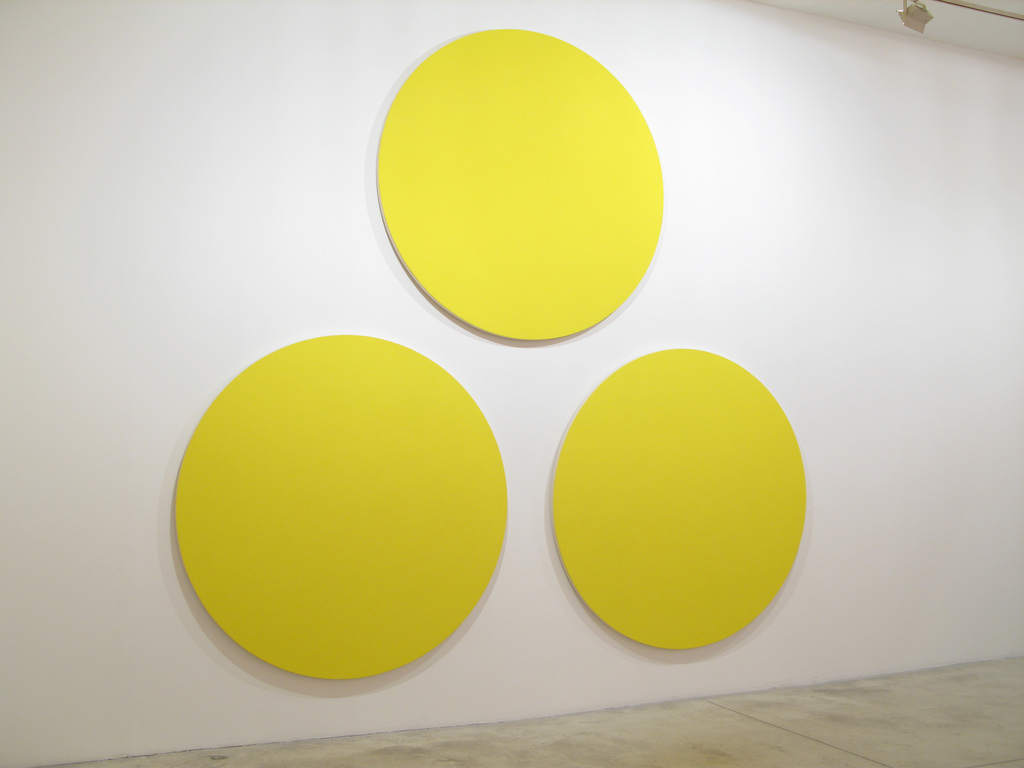 Mosset, whose astute and often provocative approach to painting began with the B.M.P.T. group in Paris in the late sixties, has been a central figure spanning monochrome, abstract, and 'Neo-Geo' developments in painting over the past four decades. For this show, he will be exhibiting several new shaped canvases, including large red arched paintings that, depending on their orientation, read as 'rainbows' or 'smiles', and a three-part yellow circular work that situates itself ambiguously between pure painting and an almost absurd cipher for a human face. Mosset's shaped canvases, which in the past have taken the form of simplified stars, letters, and dollar signs, unsettle our investment in their sublime scale and coloring by introducing a linguistic element that Jean Baudrillard, writing about the artist's work, has identified as "...like a witticism, in its nonsensical and elliptical form, ridiculing all the heavy armature of language and communication."
Indian Larry Desmedt (1949 - 2004), whose own signature symbol was the mute, very Mosset-esque question mark, was an award-winning custom motorcycle mechanic and stunt rider who originated the 'hard-core' motorcycle style - a blend between classic choppers and hotrod race bikes influenced by 1950's-60's motorcycle clubs. He appeared frequently in movies and television shows and built up a huge cult following.
Mosset, known for his innovative collaborative exhibitions with other artists including, most recently, his 2004 show with Cady Noland at the Migros Museum in Zurich, is a lifelong motorcyclist himself (he can be seen making a drive-by salutation to Jean-Michel Basquiat in 'Downtown 81') and owns several Indian Larry-customized bikes. The artist was in the process of planning an exhibition with him in 2004, when Larry died from head injuries sustained performing a stunt during a bike show in North Carolina.

Olivier Mosset was born in Switzerland, and has lived and worked in the United States since the 1970's. He divides his time between studios in New York and Tucson, Arizona. His career includes well over a hundred and fifty solo shows at major museums and galleries worldwide, including a large two-part retrospective, 'Olivier Mosset, Travaux 1966-2003' at the Musée Cantonal des Beaux-Arts de Lausanne and the Kunstmuseum St. Gallen, Switzerland, in 2004. He represented Switzerland in the 44th Venice Biennale, and his entire last exhibition at Spencer Brownstone Gallery was shown as a part of the 7th Lyon Biennale. This will be the artist's third show at the gallery.