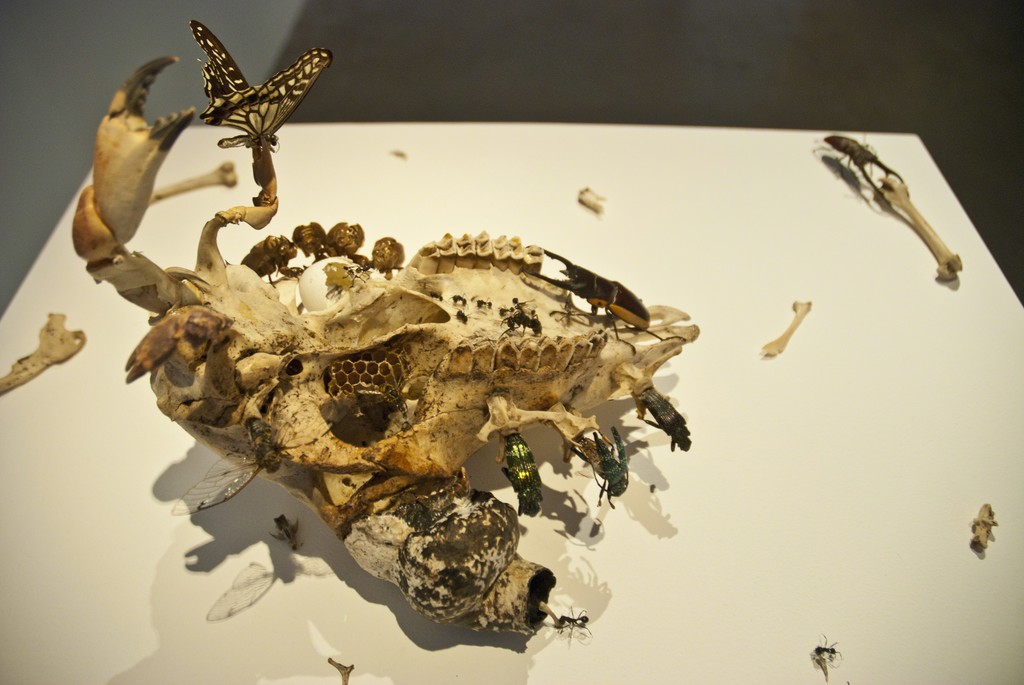 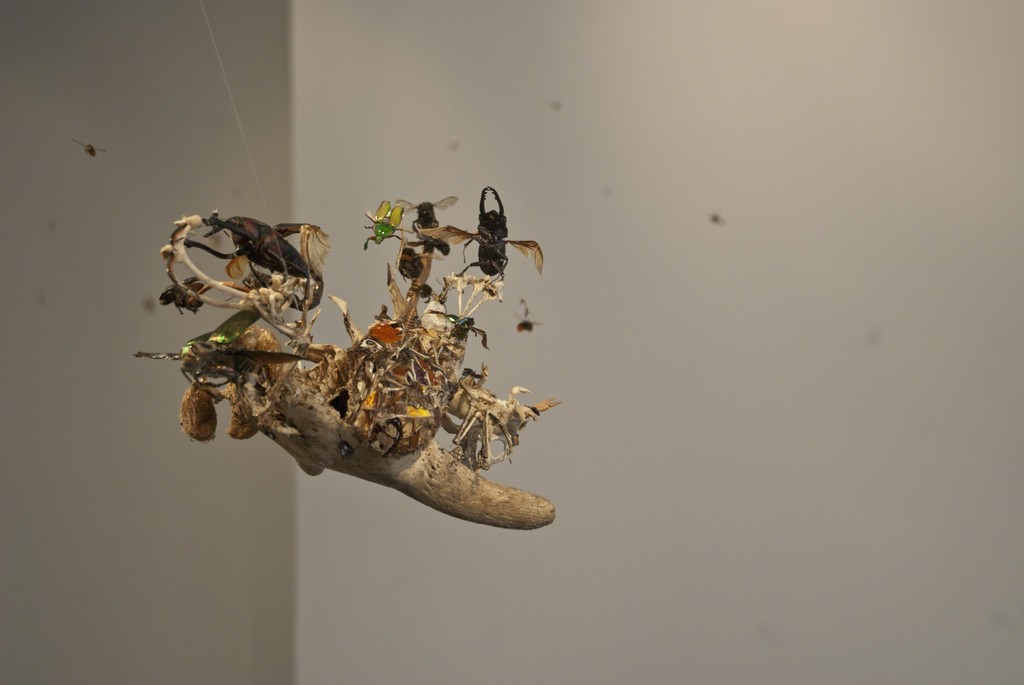 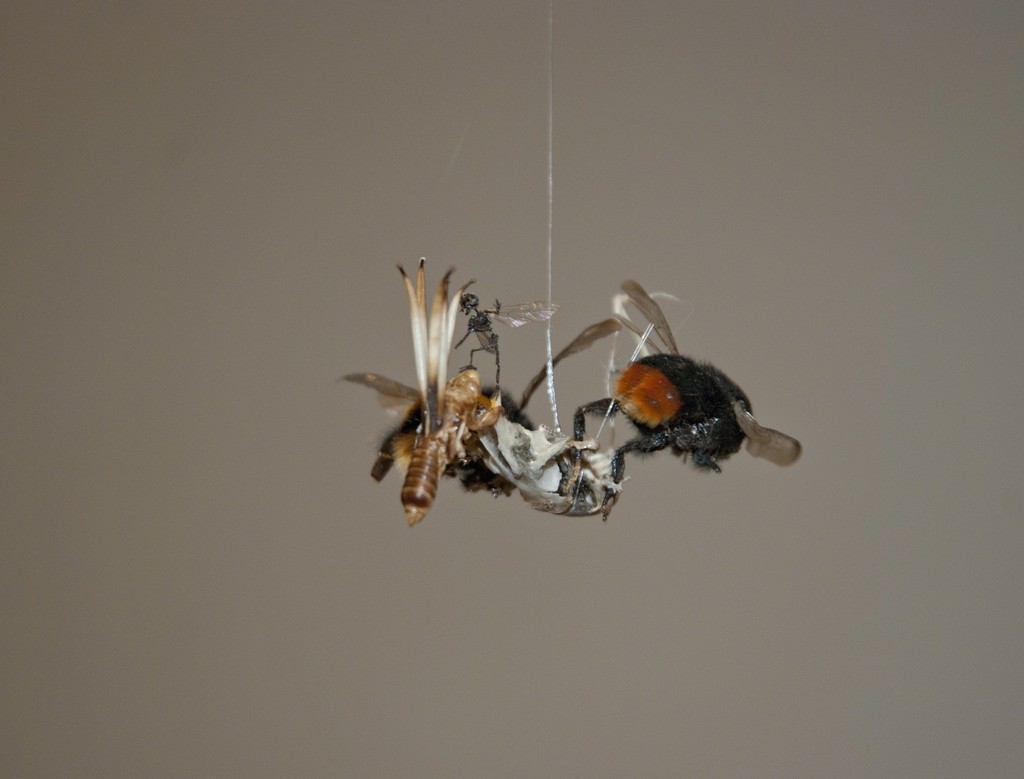 For her second show at the gallery, Tessa has teamed up with Amon Tobin to mark his September 14th performance at New York City's Hammerstein Ballroom. With his groundbreaking audio/visual live show ISAM 2.0, the electronic music pioneer joined forces with Farmer for an extraordinary collaborative installation combining his sound design and elements from 'ISAM', alongside Farmer's trademark sculptures (constructed from bits of organic material, such as roots, dead insects and bones). Hovering with a rarefied, jewel-like beauty, Tessa's tiny spectacles resound with a theurgist exotica: their specimen forms evolve as something alien and futuristic. The collaboration perfectly captures the themes surrounding 'ISAM': sensory deprivation, disorienting situationism and the mechanization of natural things.
"There is common ground between Tessa and I" says Amon, "we're both re-arranging and augmenting natural elements to make something imagined but tangible. We are both exploring new uses for familiar materials, or in Tessa's case familiar creatures. I'm trying to take an objective approach to all my source material, whether it's field recording or synthesis based or a mixture of the two. I'm treating it all as musically/creatively relevant and useful."
Tessa's work is featured heavily throughout the 'ISAM' campaign as a whole, with the album artwork being dedicated to her creatures: "ISAM is beautiful, surprising, playful, disturbing and unnerving at times. It has an incredible energy, to which I am responding to instinctively, conjuring scenes that reflect the varying moods of the tracks. The scenes are action packed, but frozen in motion - to be animated by the viewer's imagination and Amon's music."