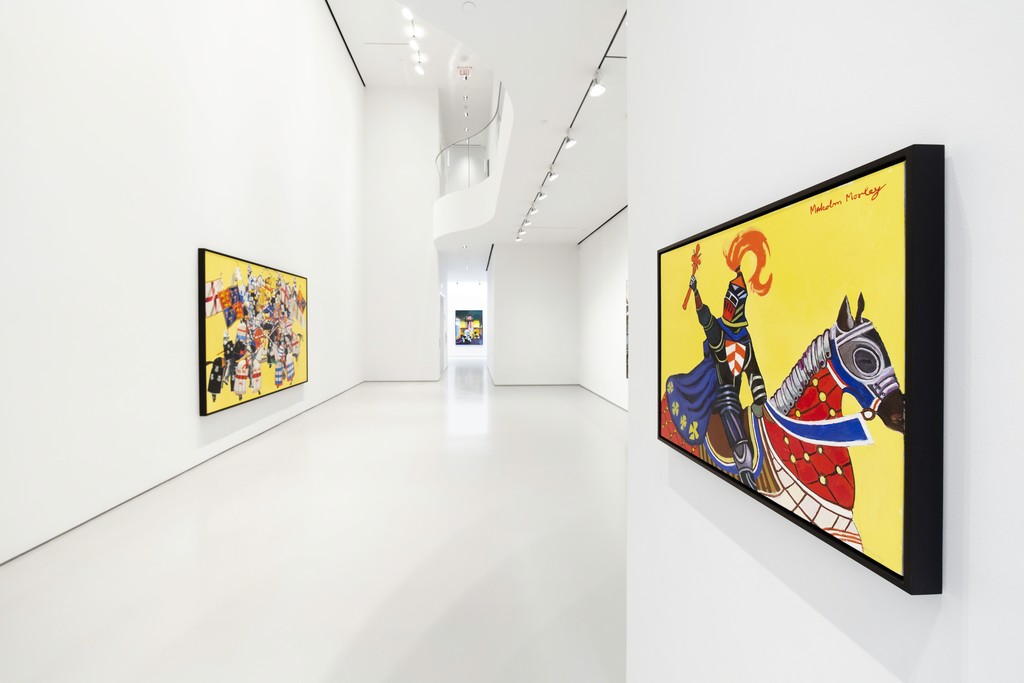 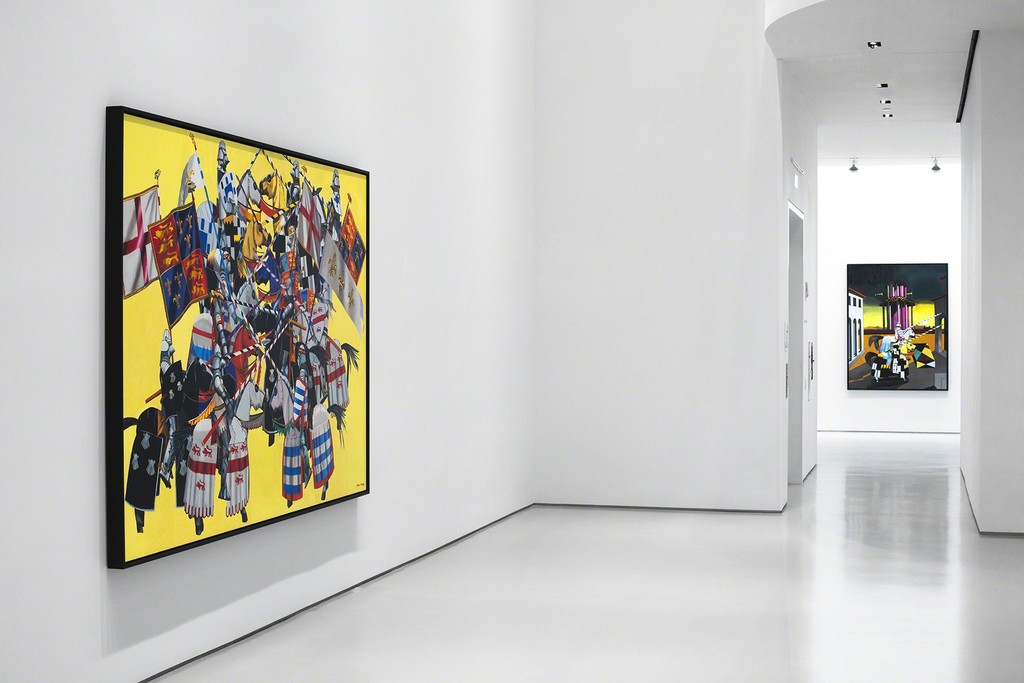 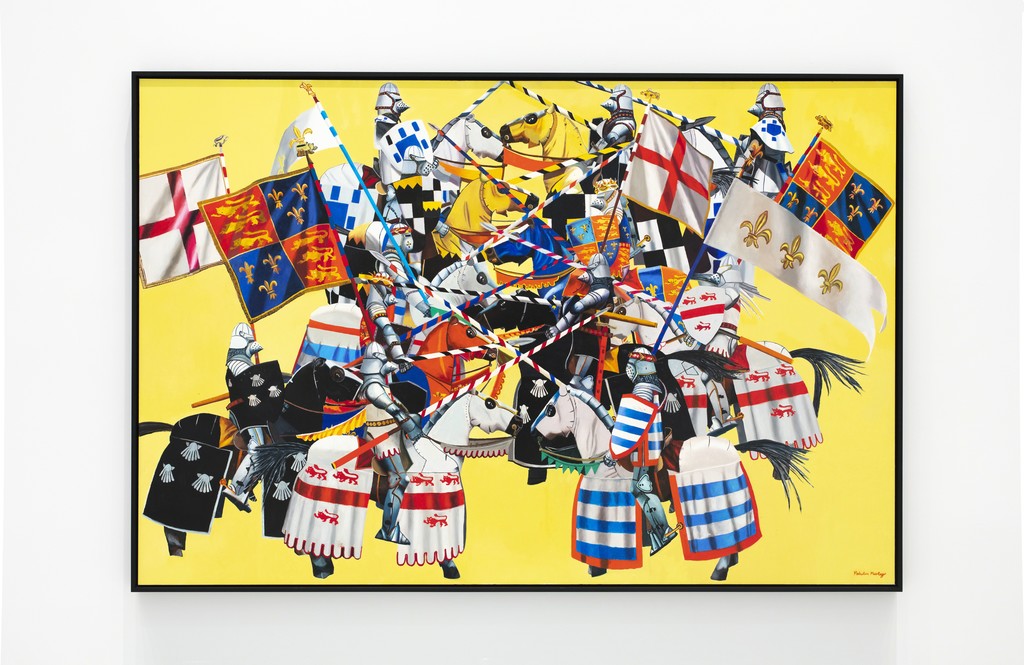 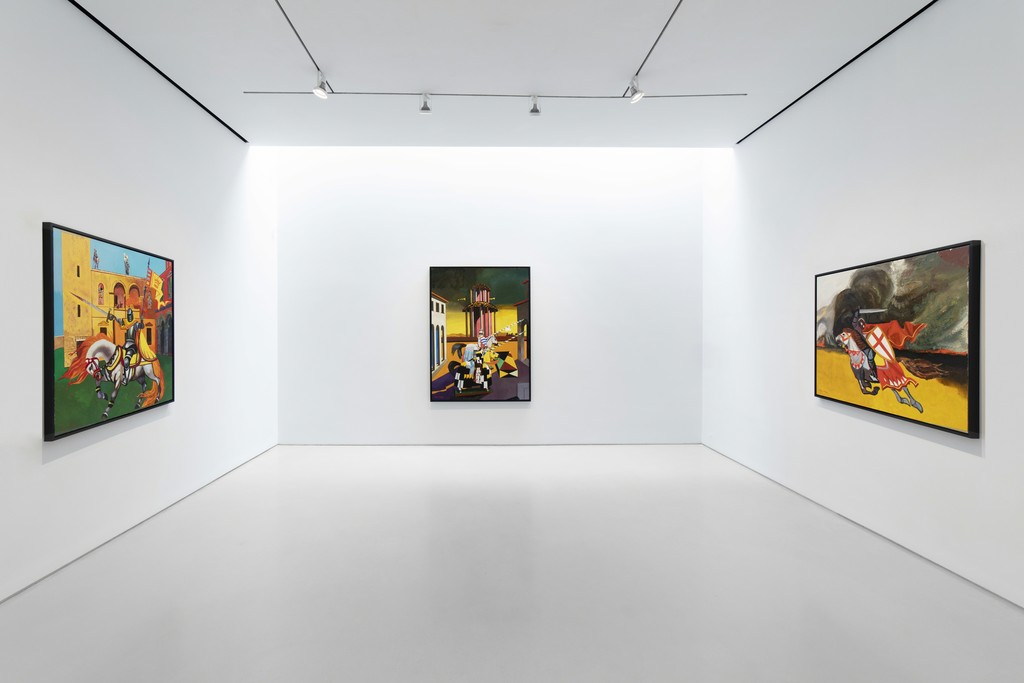 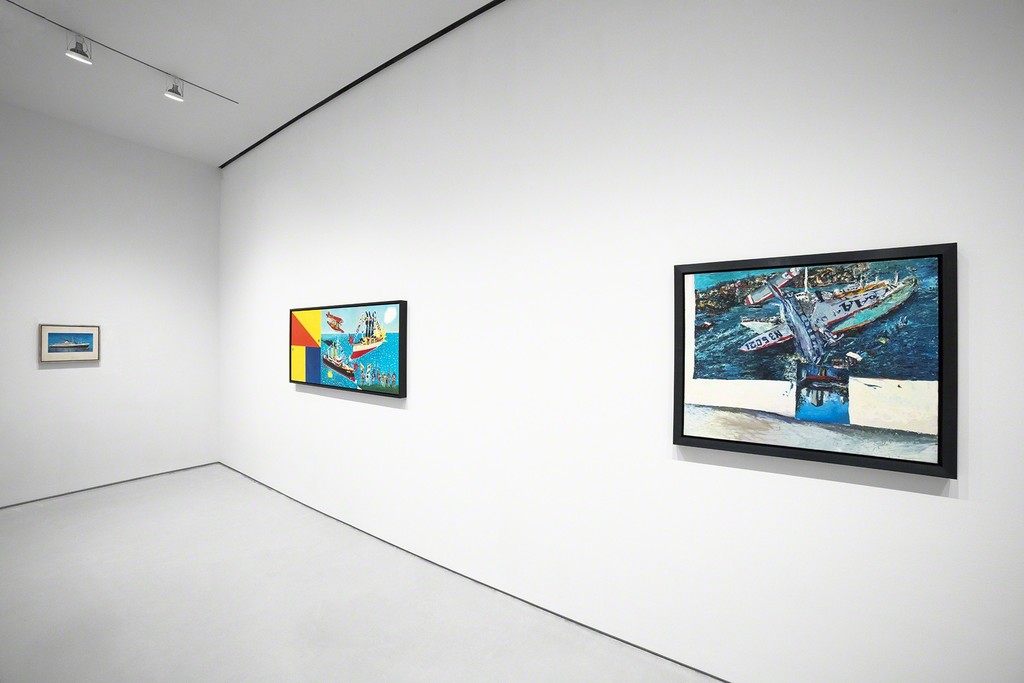 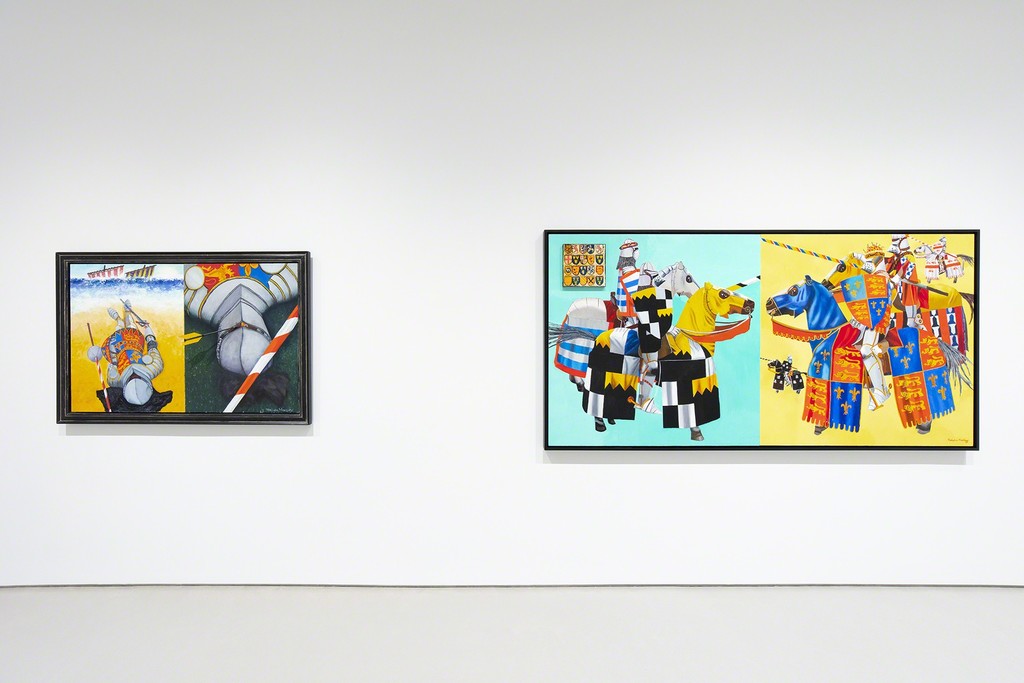 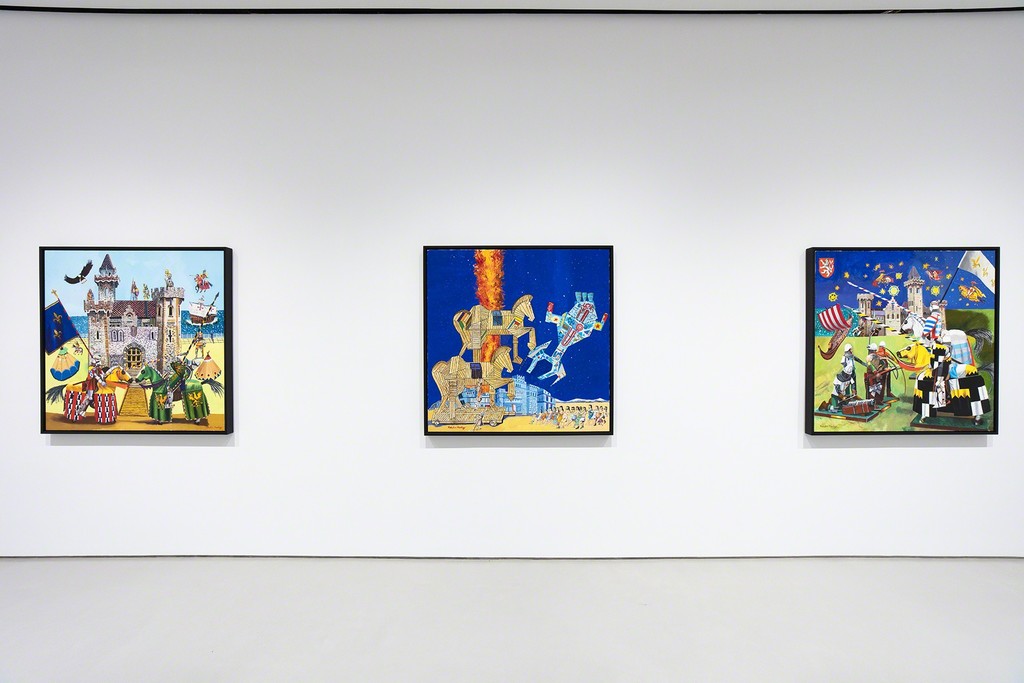 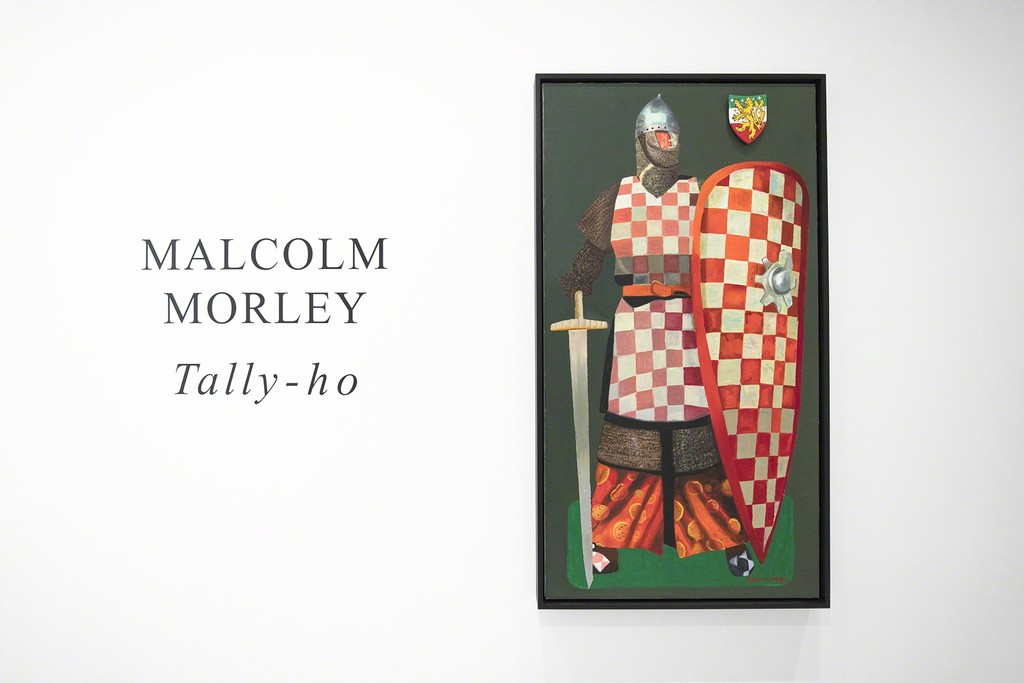 “I turned the art world into a family. One of the great things about being an artist is that you can pick your own ancestors.” –Malcolm Morley

Sperone Westwater is pleased to announce Malcolm Morley: Tally-ho, the sixth solo show devoted to the late London-born artist, widely hailed as among the most pioneering figures of his generation. On the occasion of his 1983 Whitechapel exhibition “Malcolm Morley: Paintings, 1965-82,” Morley was the recipient of the inaugural Turner Prize in 1984. The gallery exhibition will feature recent paintings dating from 2015 through 2018, created before his passing in June at the age of 86.

“Over the past thirty years Morley continued on a path that took him on a searching and distinctive examination of the art of painting,” writes Sir Nicholas Serota in a tribute in the exhibition catalogue. Morley ranged, over the course of his five-decade career, through styles including abstraction, photo-based realism, neo-romanticism, and neo-expressionism. The paintings in the upcoming exhibition, mostly dating from the last three years of his life, principally dwell on medieval knights in armor, painted in bold hues, most of them based on constructed paper models that were among his most favored inspirations.

The stunning, nearly ten-foot-wide Melee at Agincourt (2017) shows two ranks of mounted knights in armor, their striped lances crossed, facing each other against an arresting, bright yellow background. Also in keeping with his lifelong interest in the machinery of war, other works in the show depict fighter planes, the Trojan Horse, and jousting matches. His keen interest in art history is evident in Piazza d’Italia with French Knights (2017), in which two armored figures on horseback stand, seemingly frozen, in a piazza that echoes a trademark composition by Giorgio de Chirico.

Vintage canvases from earlier decades will contextualize the new paintings and demonstrate Morley’s innovative artistic achievements. Cristoforo Colombo (1966) dates from just two years after his first New York exhibition and depicts a massive cruise ship, one of his perennial subjects, which he often painted from postcards. The Ultimate Anxiety (1978), meanwhile, brings a distinctly surrealist twist to a traditional Venetian scene, which is interrupted by a freight train that seems to barrel across the surface of the canvas itself. Synthetic History (1996) introduces his penchant for affixing objects to the surface of his paintings; a foreshortened knight in armor, lying on his back, is pierced with an actual arrow.

A richly illustrated, 68-page catalogue, with an introduction by Sir Nicholas Serota, Chair of Arts Council England, and an essay by Tim Barringer, Paul Mellon Professor in the History of Art at Yale University, will accompany the exhibition. This catalogue will include 30 color reproductions of Morley’s paintings, as well as a selection of memorable quotes from the artist.

Born in London in 1931, Morley lived in and around New York City from 1958 until his death in 2018. Morley studied at the Camberwell College of Arts and the Royal College of Art. Since his first New York show in 1964, he had numerous exhibitions in Europe and North America and participated in many international surveys including Documenta 5 (1972) and Documenta 6 (1977). His first retrospective, organized in 1983 by the Whitechapel Art Gallery, traveled to Kunsthalle Basel, the Museum of Contemporary Art, Chicago, the Brooklyn Museum, the Museum Boymans-van Beuningen, Rotterdam, the Corcoran Gallery of Art, Washington, DC, and other venues.

Subsequent noteworthy presentations of Morley’s work include an exhibition of watercolors at Tate Liverpool, which travelled to the Kunsthalle Basel, Bonnefantenmuseum in Maastricht, and the Parrish Art Museum in Southampton, NY (1991-92); a retrospective at the Musée national d’art moderne, Centre Georges Pompidou, Paris (1993); an exhibition organized by Fundación La Caixa, Madrid, which travelled to the Astrup Fearnley Museet, Oslo (1995-96); a retrospective at the Hayward Gallery, London (2001); and the survey “The Art of Painting” at the Museum of Contemporary Art, North Miami (2006). Other notable exhibitions include “Malcolm Morley in a Nutshell: The Fine Art of Painting 1954-2012” at the Yale School of Art (2012), an exhibition exploring the role of paper in Morley’s art-making process at the Parrish Art Museum (2012-13), an exhibition at the Ashmolean Museum, Oxford, organized in collaboration with the Hall Art Foundation (2013-14), and an exhibition at the Hall Art Foundation in Derneburg, Germany (2017-18).

In addition to the Turner Prize, Morley was awarded the Painting Award from the Skowhegan School of Painting and Sculpture in 1992 and the Francis J. Greenburger Award in 2015. He was inducted into both the American Academy of Arts and Sciences (2009) and the American Academy of Arts and Letters (2011). Morley became a citizen of the United States in 1991. His work can be found in museum collections worldwide. Morley’s first one-person exhibition took place at the Kornblee Gallery, New York, in 1964. After his debut at Sperone Westwater in 1999, he had solo exhibitions at the gallery in 2005, 2009, 2011 and 2015.