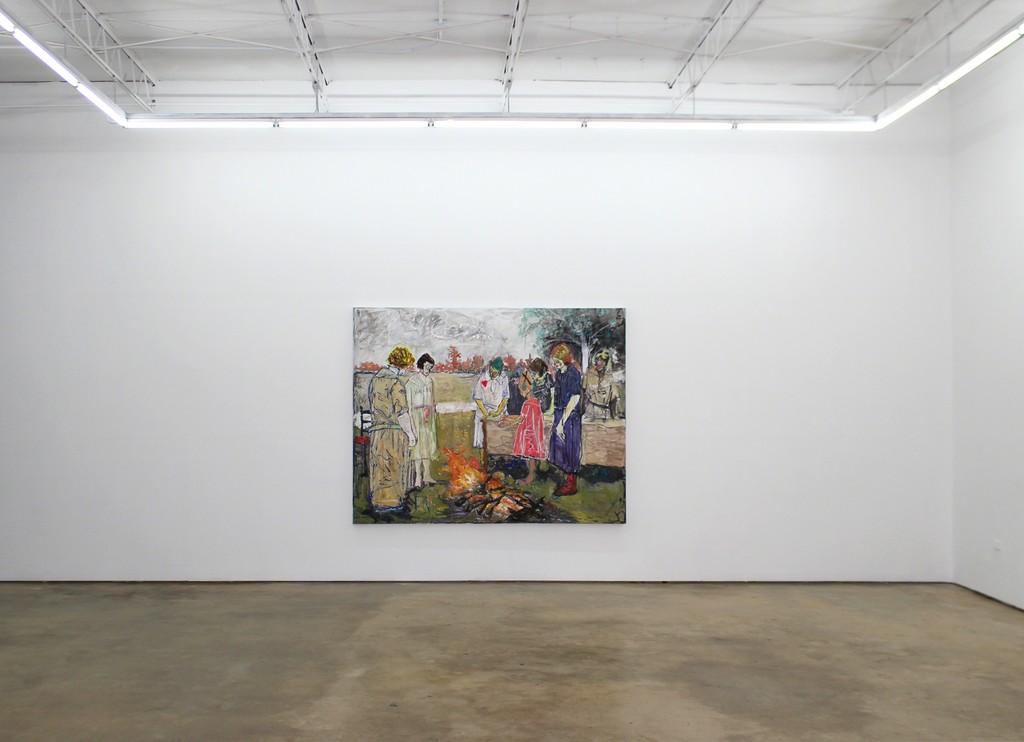 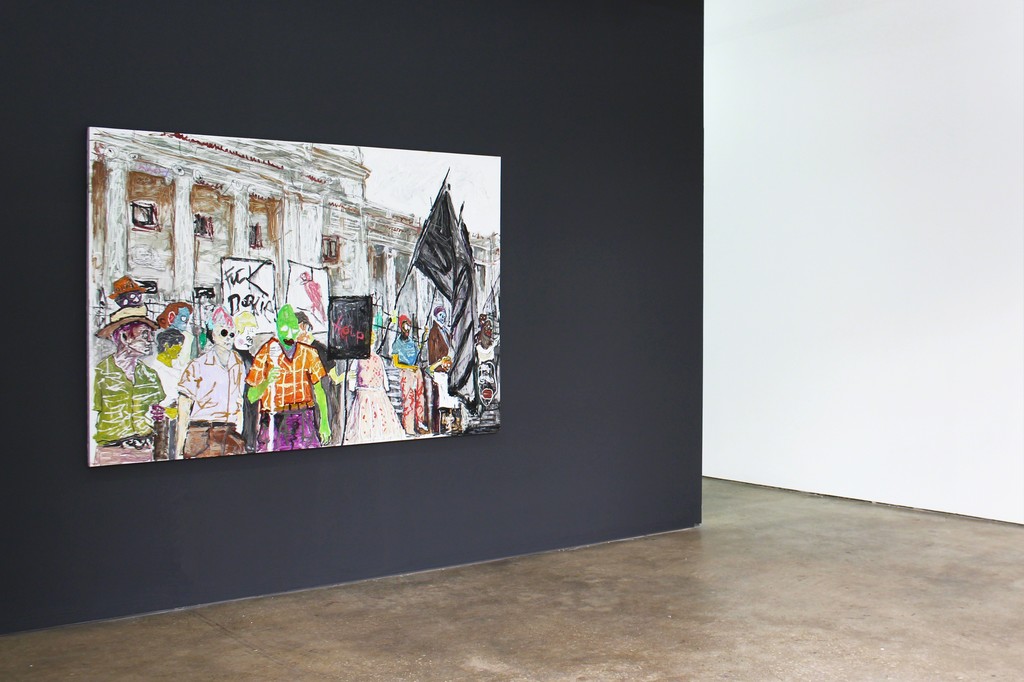 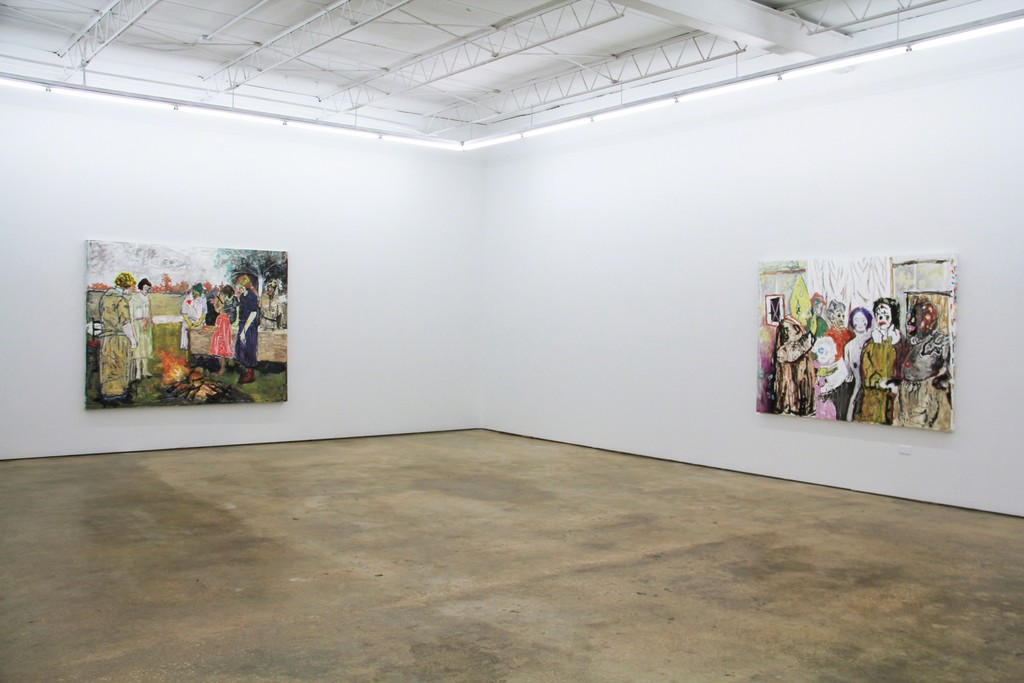 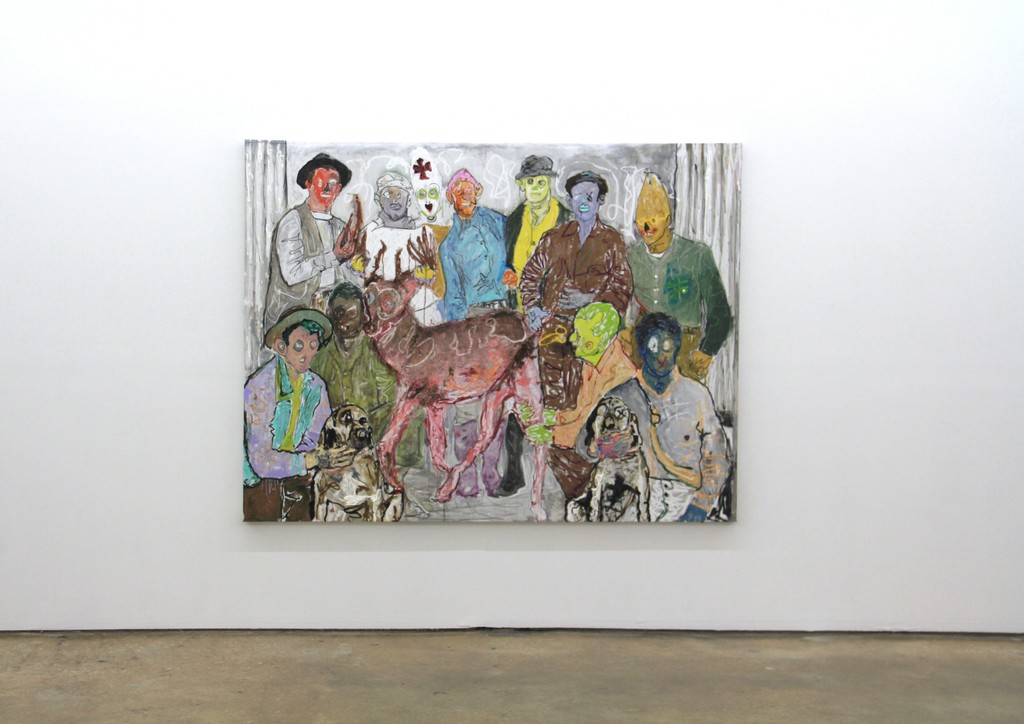 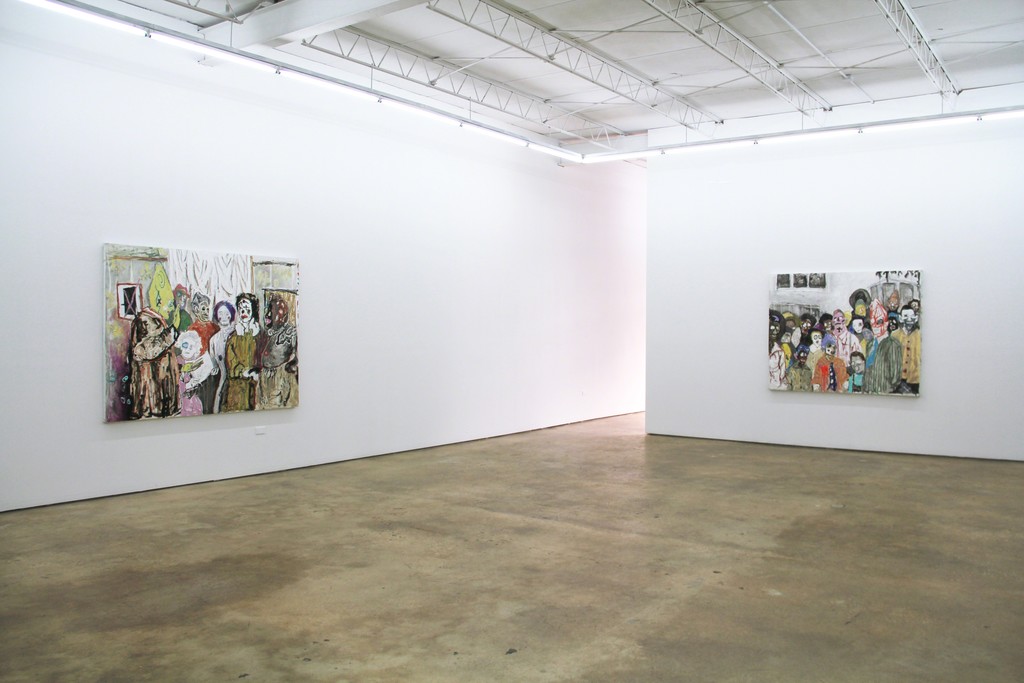 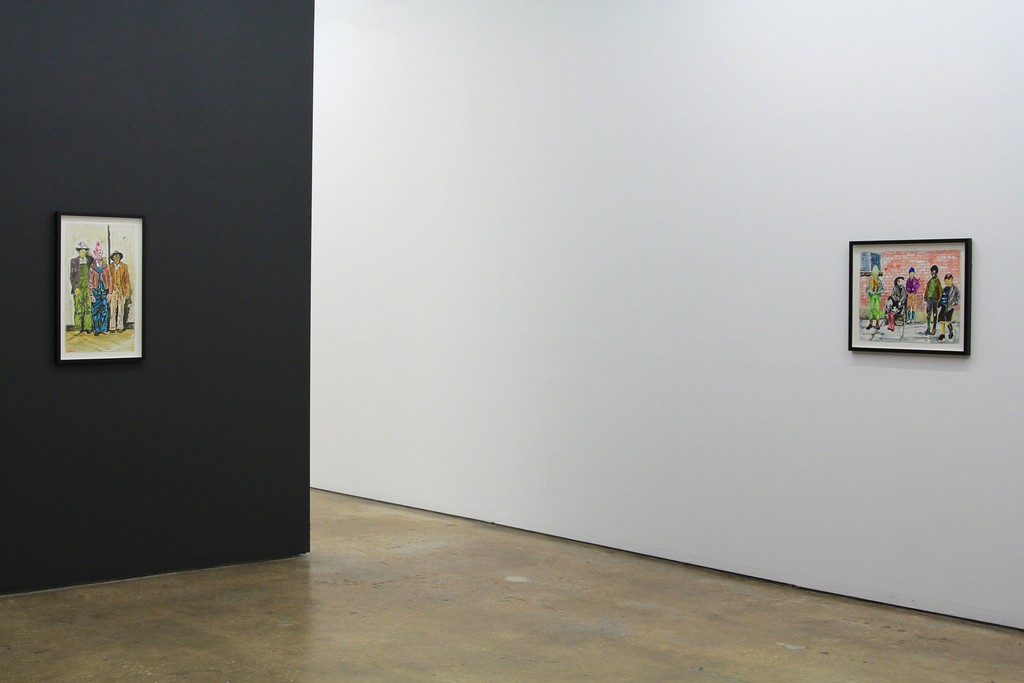 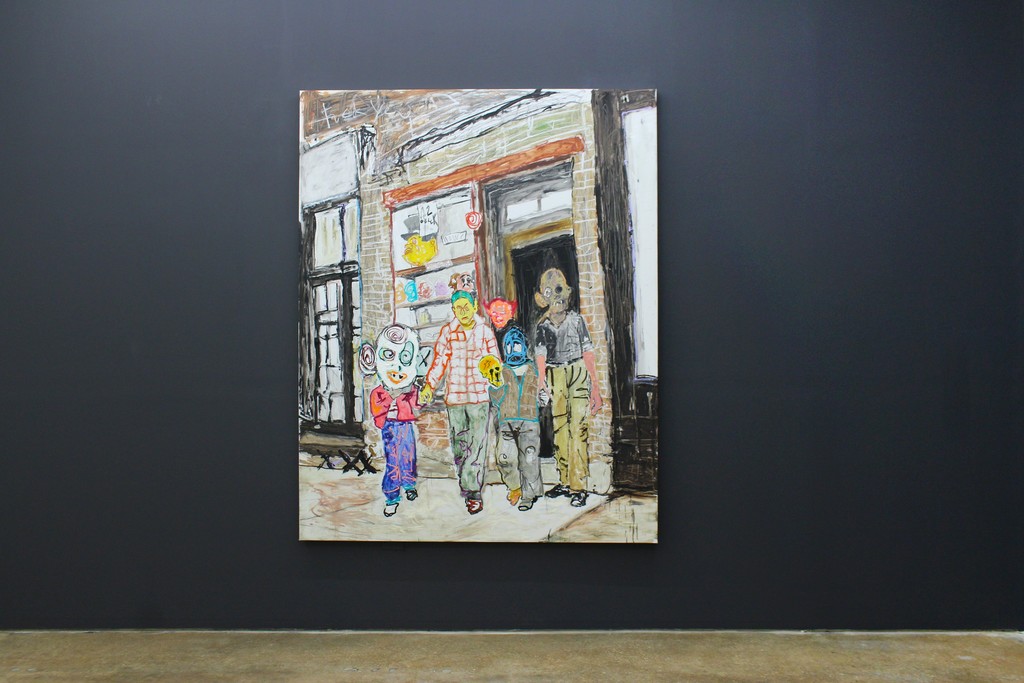 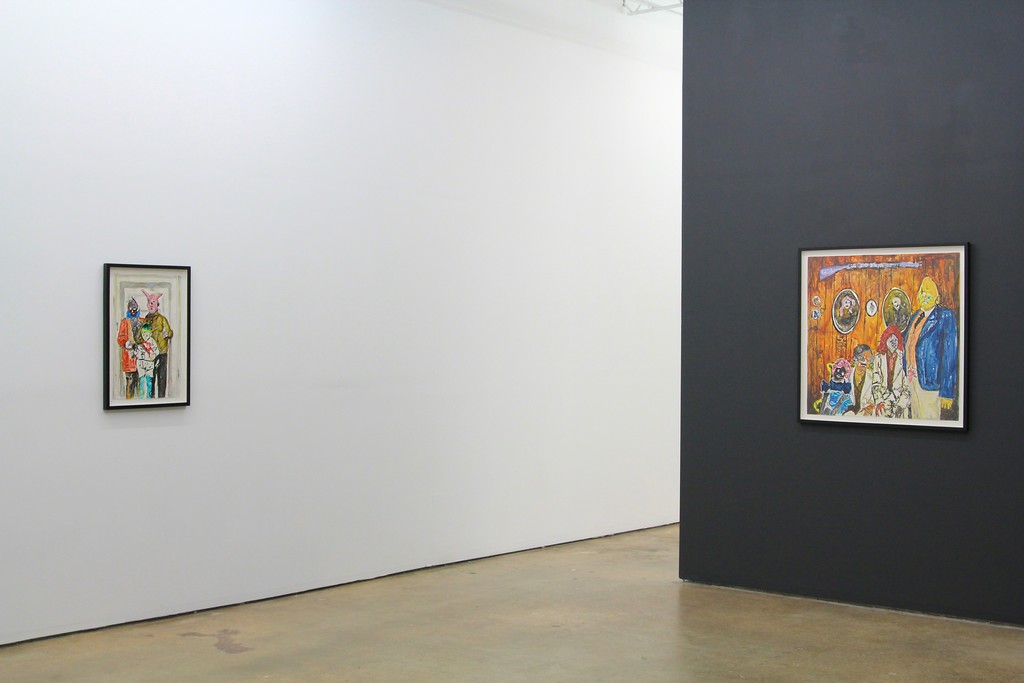 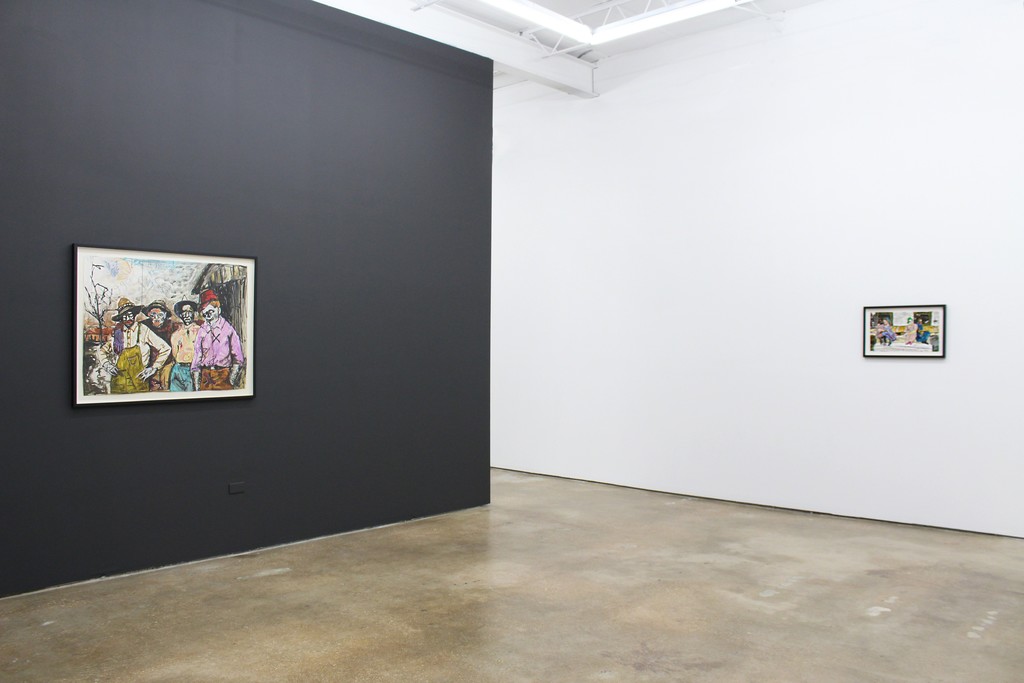 Aguilar sources his paintings from antique photographs, in the style of pre-arranged group portraits. He incorporates elements of bold, almost frightening colors and mythic symbologies into his despairing, furiously passionate works. For Invisible Country, Aguilar visually builds on the ephemeral writings of Italo Calvino, whose 1972 work Invisible Cities set a benchmark for contemporary Surrealist and Postmodern faux-narratives:

''The inferno of the living is not something that will be; if there is one, it is what is already here, the inferno where we live every day, that we form by being together. There are two ways to escape suffering it. The first is easy for many: accept the inferno and become such a part of it that you can no longer see it. The second is risky and demands constant vigilance and apprehension: seek and learn to recognize who and what, in the midst of inferno, are not inferno, then make them endure, give them space.”
-Italo Calvino

Within seemingly vacant, haunted domestic and public spaces, Aguilar’s distorted characters populate familiar scenarios of unrest, disquiet, and active protest. There are hints of the figures looking outward, beyond their present conditions, but they remain static and dazed. In such a guise, his subjects are closer to Calvino’s “acceptance” of the “inferno” versus resistance. Thus, complacency descends into quiet madness and loathing, acceptance creeps into resentment and paranoia. An increased awareness of negative spaces and more pronounced architectural forms is a product of Aguilar’s remarkable absorption of undercurrents within the long history of Expressionism, Art Naïf, and Surrealism.

Invisible Country will be Aguilar's third solo exhibition with the gallery. Exhibition runs through March 9, 2016.