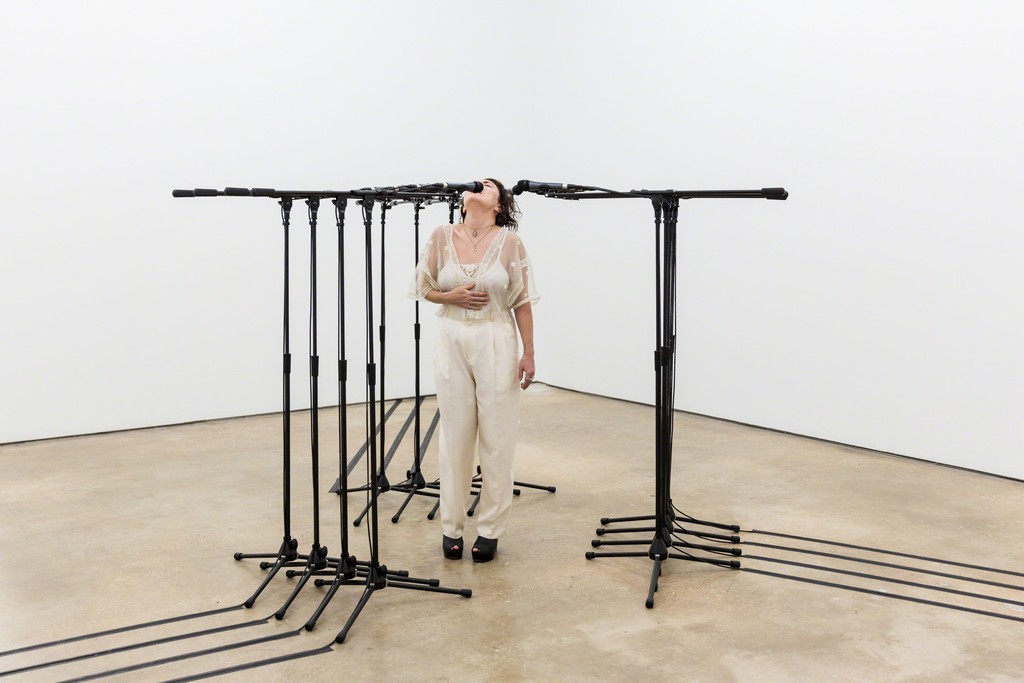 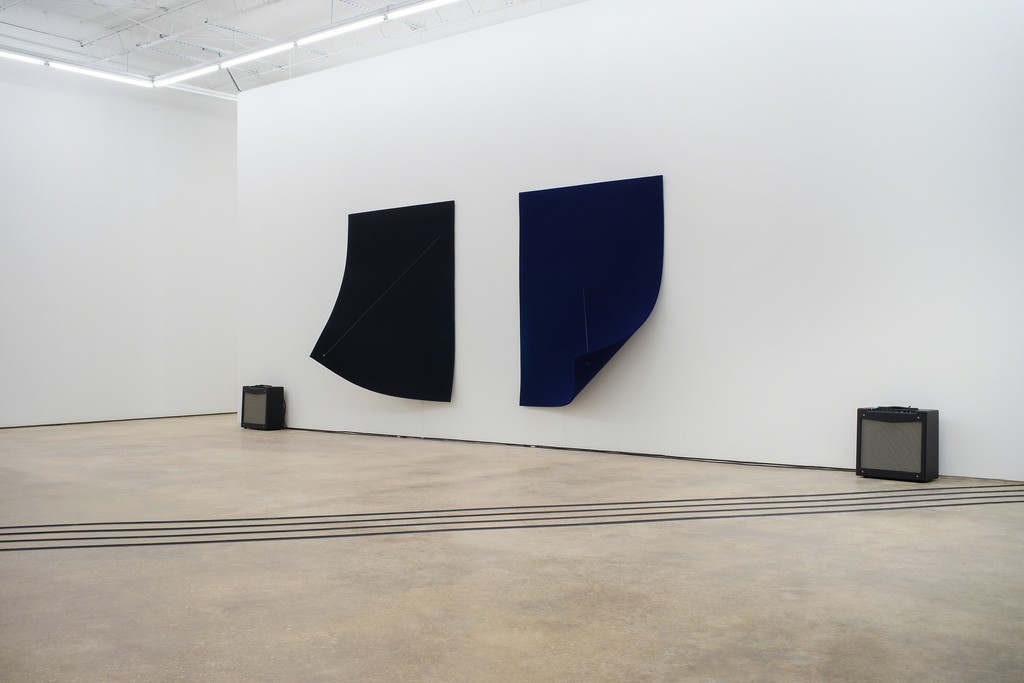 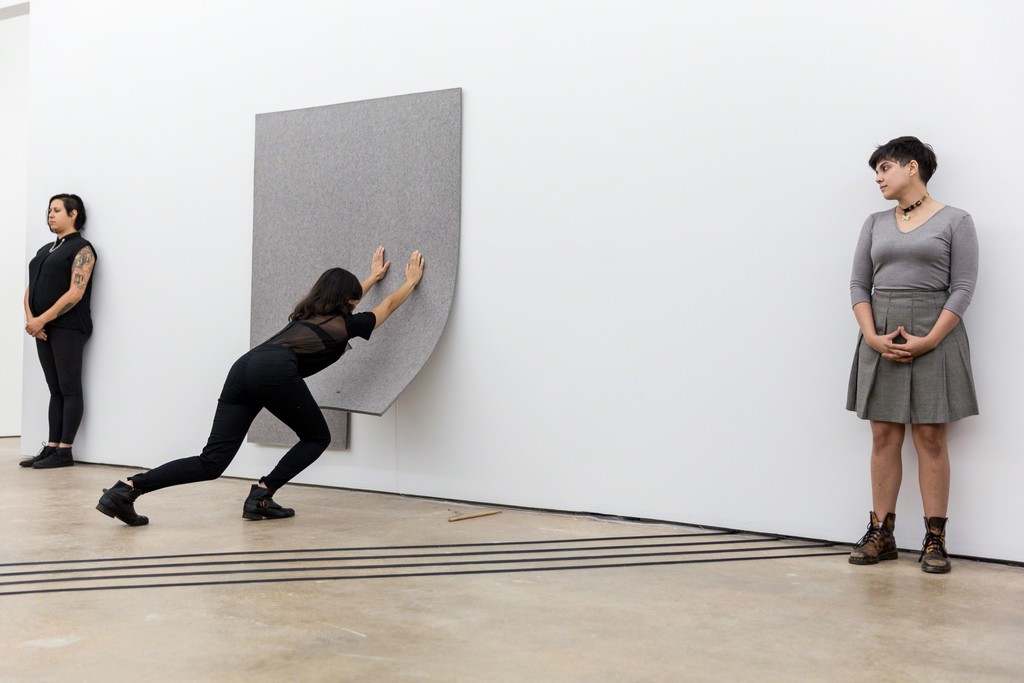 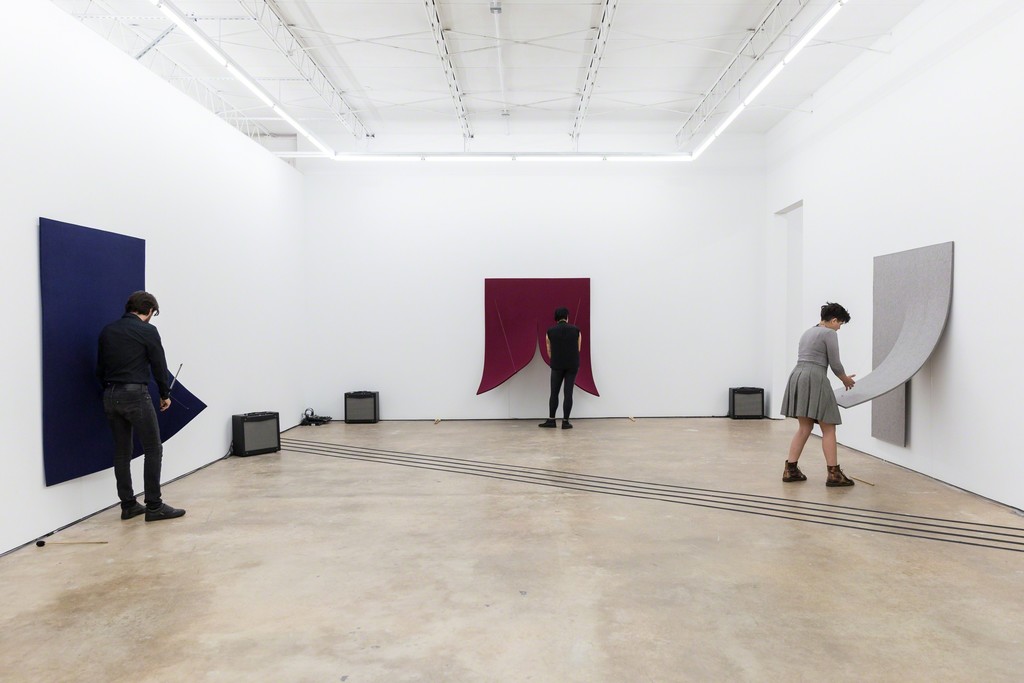 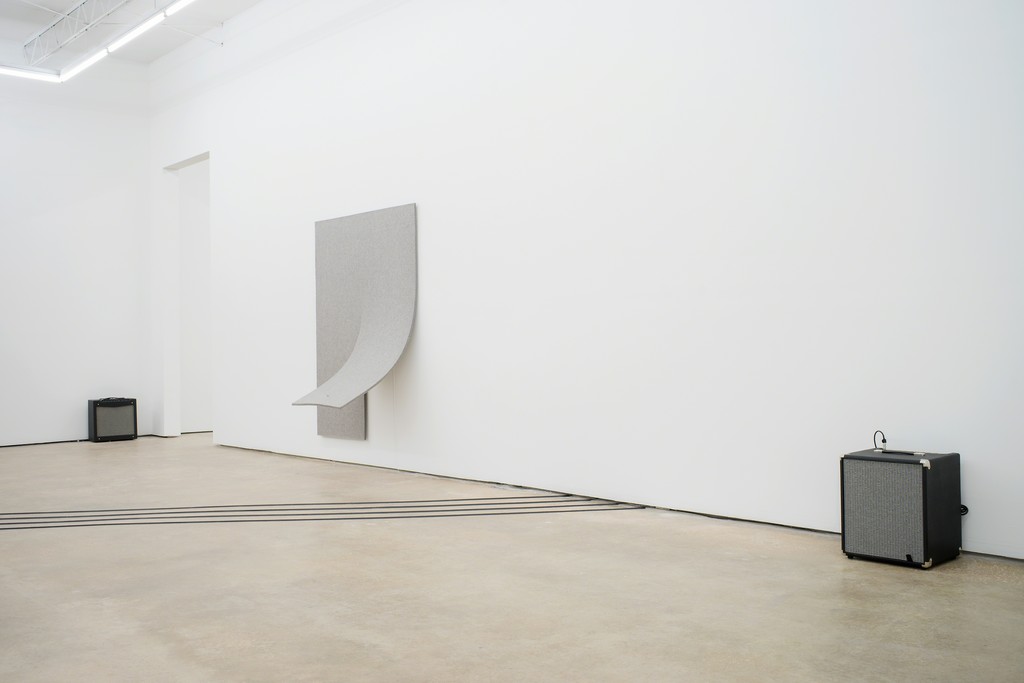 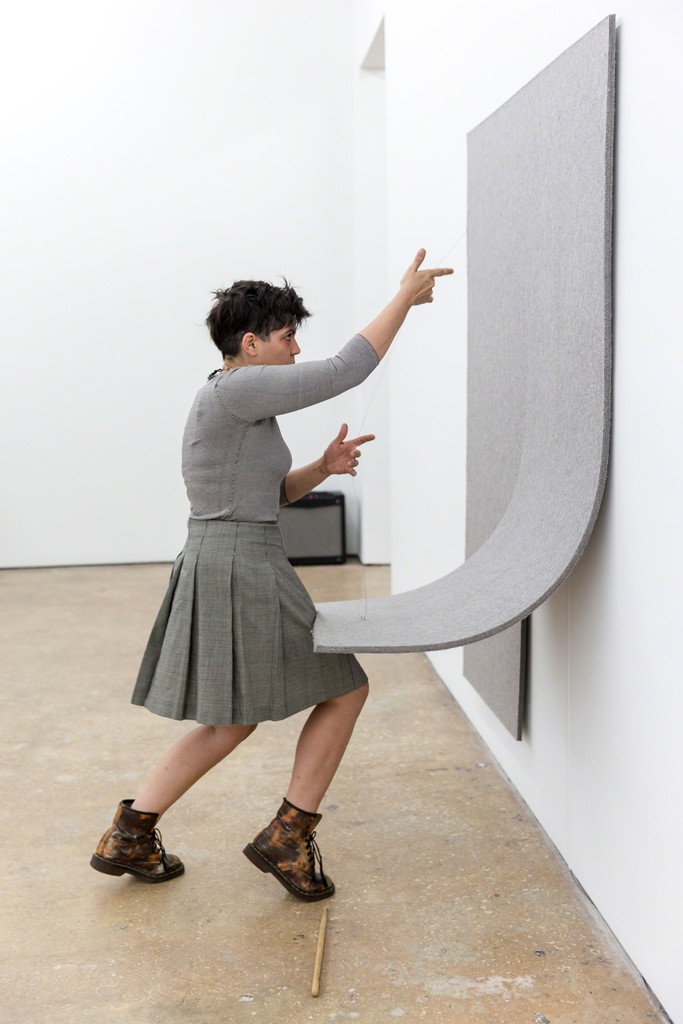 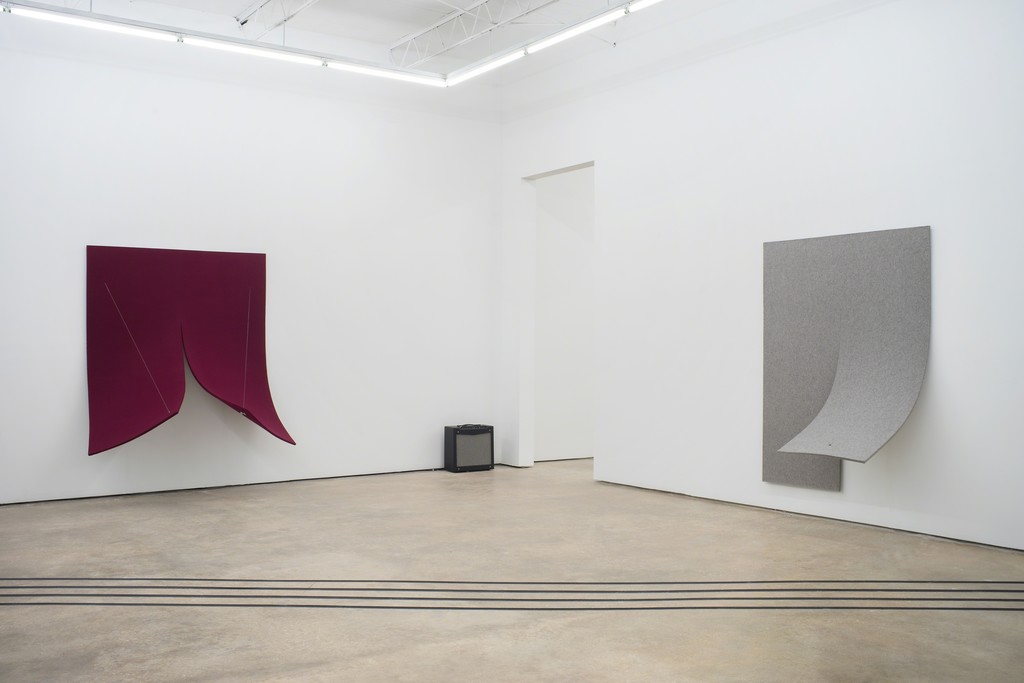 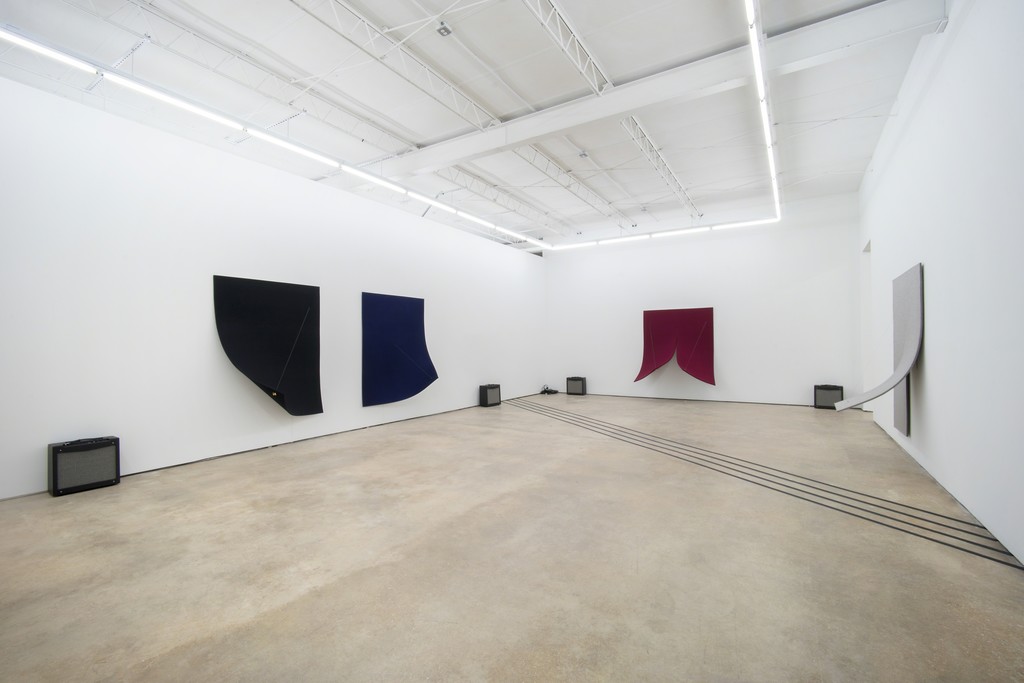 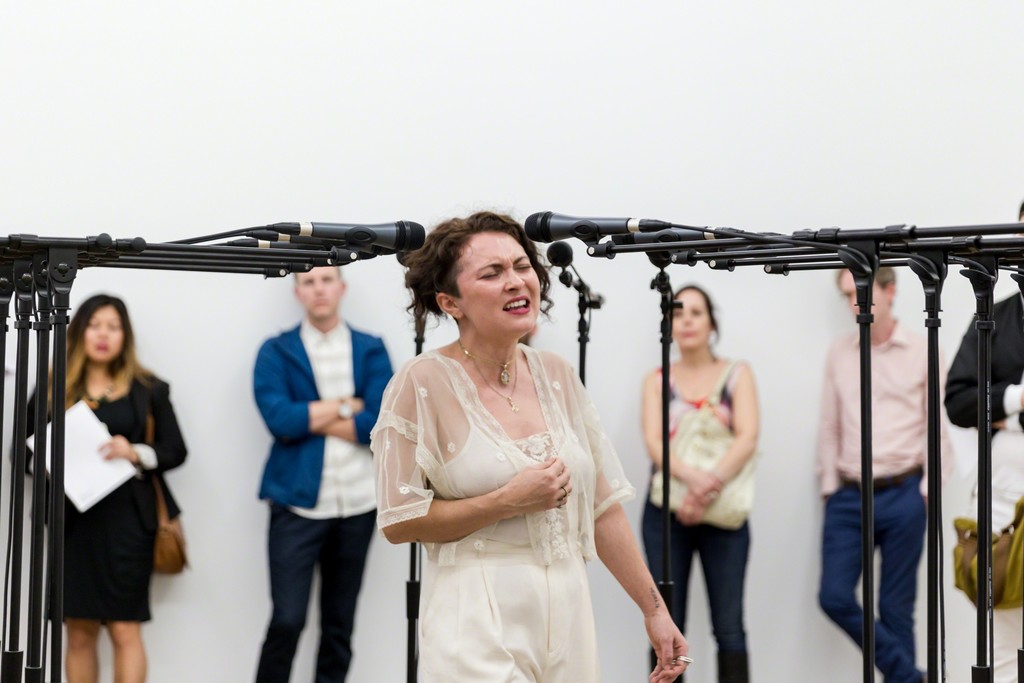 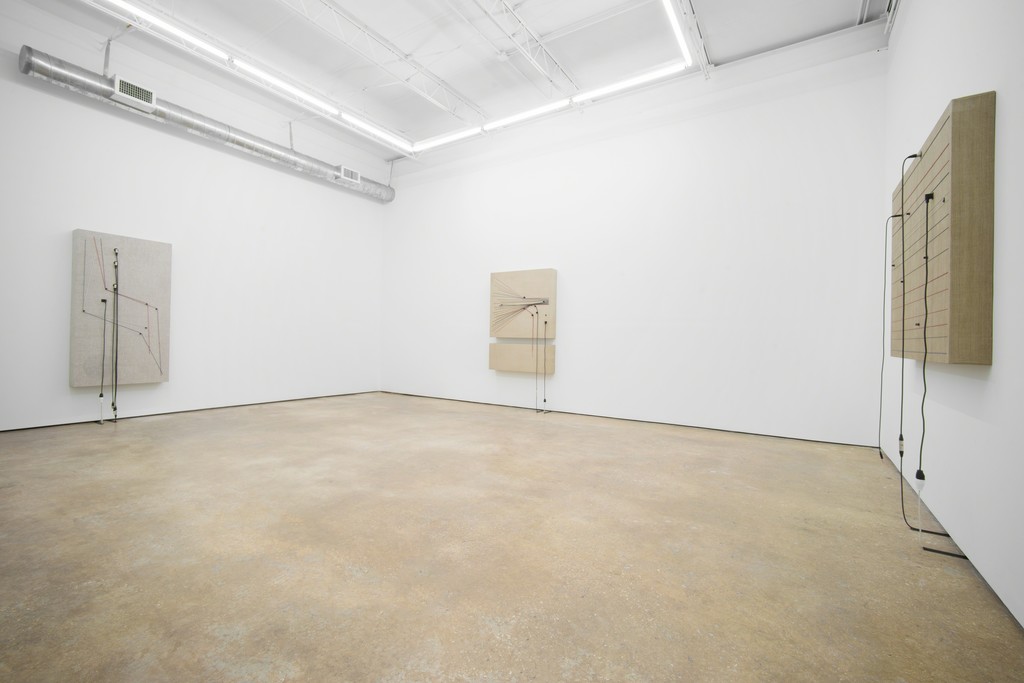 Spinello Projects is pleased to present Transitions #3, the Miami debut solo exhibition by New York-based artist Naama Tsabar, running concurrently with Art Basel Miami Beach 2016. Tsabar will present an installation comprised of three evolving bodies of work which examine human sociality and behaviour through the relation of body and space and the underlying role of intimacy and performativity. The locals only preview will take place Wednesday, November 23rd, 7-10pm. A special collaborative performance will take place during the Miami Art Week Vernissage on Friday, December 2nd, at 9:30pm, featuring Tsabar along with four Miami based musicians and New York based sound/performance artist Fielded.

Continuing her ongoing Work On Felt sculptures, Tsabar transfers these works from the floor to the wall with four new variations. These felt works, likened to Post Minimalist art historic works as Joseph Beuys’s felt sculptures or Robert Morris’s cut-felt wall pieces, subverts its expectations: the material is no longer the represser of sound, but the resonating chamber itself. The audience is invited to breach the borders between one’s own body and the artwork; plucking the string, extending or shortening the curvature of the work, emits a sound while provoking an intimate experience between the object and its catalyst.

Transition is a series of canvases in which Tsabar has reconstructed guitar amplifiers and stage monitors by inverting them, reinserting and abstracting their elements as visual components on linen. Colored hook up wires and knobs are threaded and punctured in and out of the fabric, creating new aesthetic compositions. When connected to power, each canvas retains its functional role with a set sound and volume levels. Within the exhibition, Tsabar will also present Barricade #3, a work composed of twelve microphones arranged in a triangle formation, each side's output fed directly through a Transition canvas. The microphones cables line the floor in formal composition, reflecting the path of transmitted sound. The spatial arrangement of the microphone stands act as both barrier and enabler as the performative space is compressed both physically and sonically. Performer and performance are contained inside the borders of the triangle. Upon activation, sound is transmitted out to the separate Transition works on the gallery walls, then projected back to the center of the space, filling the acoustic environment with resonant frequencies.

A single Transition work will stay unconnected to any sound transmitting device. The dual existence of these sound sculptures is essential to their understanding, as the canvases constantly move from one field of reading to the other. They are visually surreal as they hold a potential for sound and continuously shift, maintaining a constant state of transition.