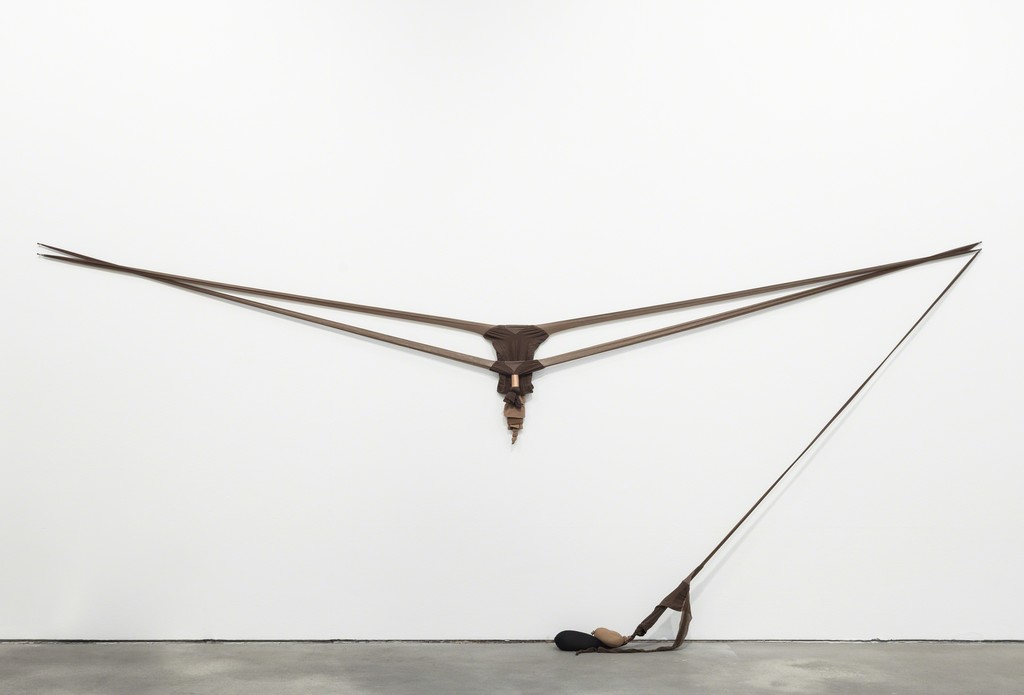 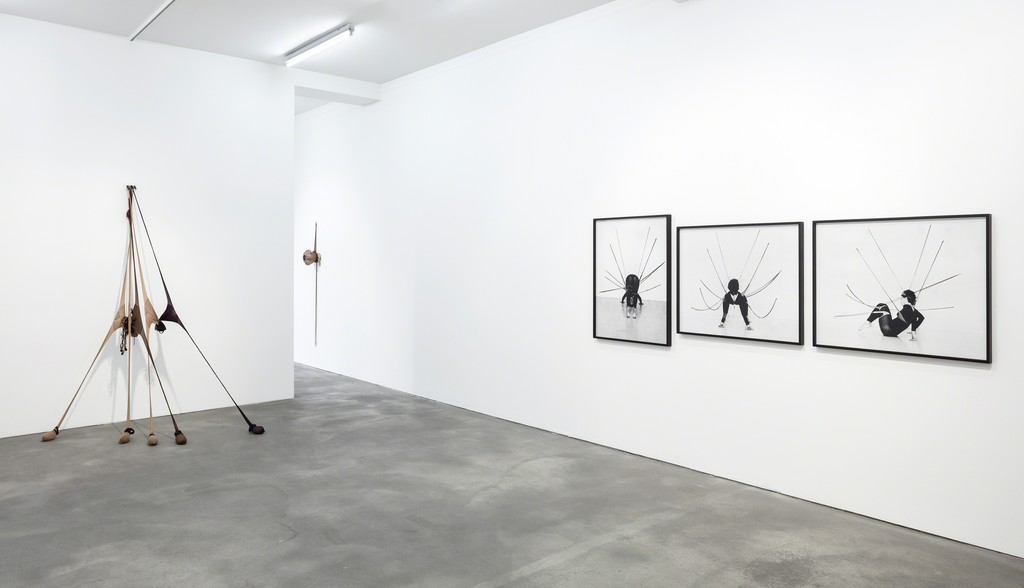 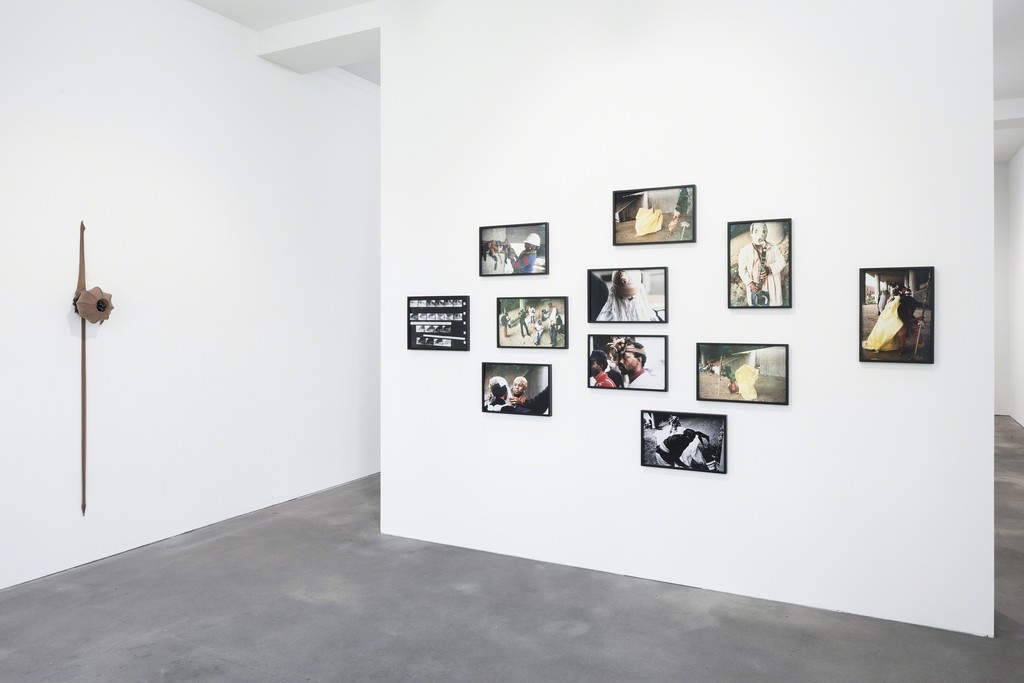 For over four decades, artist Senga Nengudi has been pushing at the boundaries between sculpture, photography, and performance. A member of the African American avant-garde in Los Angeles and New York in the 1970s and 1980s, Nengudi began her career with innovative sculptures and performances, staged within art spaces and beyond gallery walls, that expanded the definition of sculpture, engaged with performance art’s ephemeral nature, and questioned women’s delimited roles in contemporary culture. Nengudi was previously included in POWER, Work By African American Women From The Nineteenth Century To Now at Sprüth Magers Los Angeles in 2017, and it is with great pleasure that Sprüth Magers announces its first solo exhibition of the artist’s work, opening during Berlin Gallery Weekend 2018.

The exhibition features four recent sculptures from Nengudi’s celebrated R.S.V.P series, which the artist first began in the late 1970s in response to her changing pregnant body. Using nylon stockings, sand, and metal objects, Nengudi generates delicate, webbed and knotted forms that stretch across walls, from one wall to another, or from the wall to the floor. Though decidedly abstract, each sculpture assumes bodily stances and proportions. R.S.V.P. Reverie "Scribe" (2014) includes five strands of stockings that reach down to the floor, weighted by sand to create what looks like slender legs and feet. In R.S.V.P. Reverie "Bow Leg" (2014), a twisting metal armature takes on a skeletal quality, giving the loose nylons the appearance of papery skin. The stockings in Blossom (2014) and R.S.V.P. Reverie "Scribe" (2014) extend vertically, horizontally and diagonally across the gallery walls, with a strength that belies the simple, ethereal quality of her materials.

Nengudi likens the stretching of her sculptures' fabric to the resiliency of the female body and mind, and they have often served as the staging ground for performances incorporating actual bodies. Dancers, including the artist herself, move and manipulate the strands, bending and turning as they catch their limbs in the sculptures' nylon networks. Their contortions echo the ways in which women have had to conform to society's expectations, while the power inherent in their movements suggests a conviction to reshape the world. In the late 1970s, the artist took photographs of many of these performances, in addition to others in which she used similarly quotidian materials such as rubber tubing, ropes, and crumpled papers. Performers wear these materials as costumes of sorts, transforming into alien or insect-like beings. More than mere documentation, her images are carefully staged, often symmetrical in composition, and add to the power of her groundbreaking sculptural work. A selection of photographs will be presented in the exhibition.