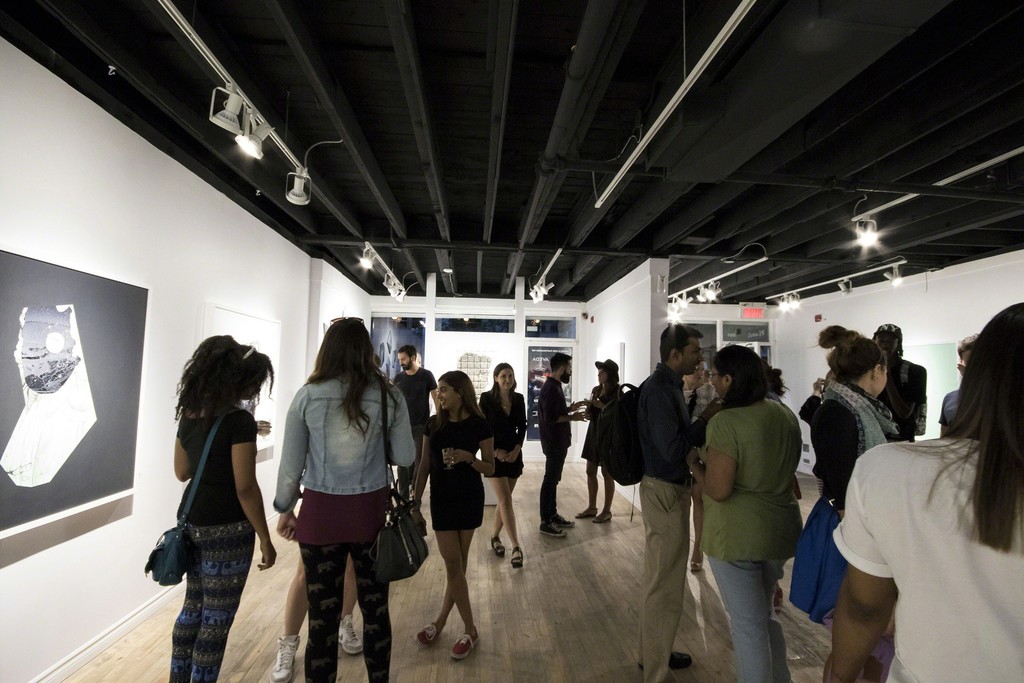 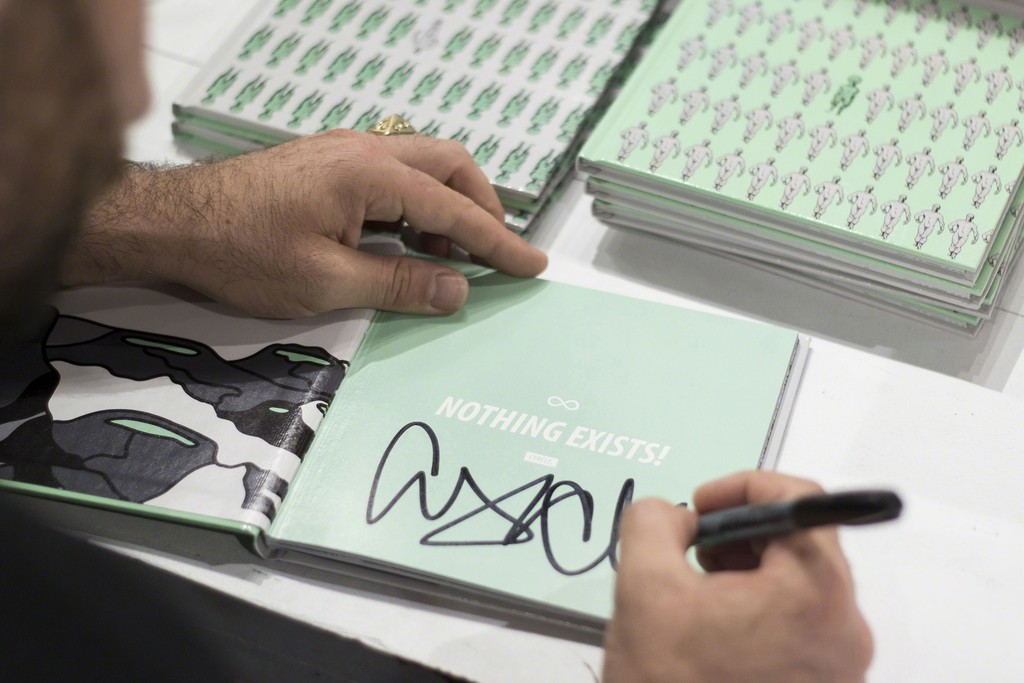 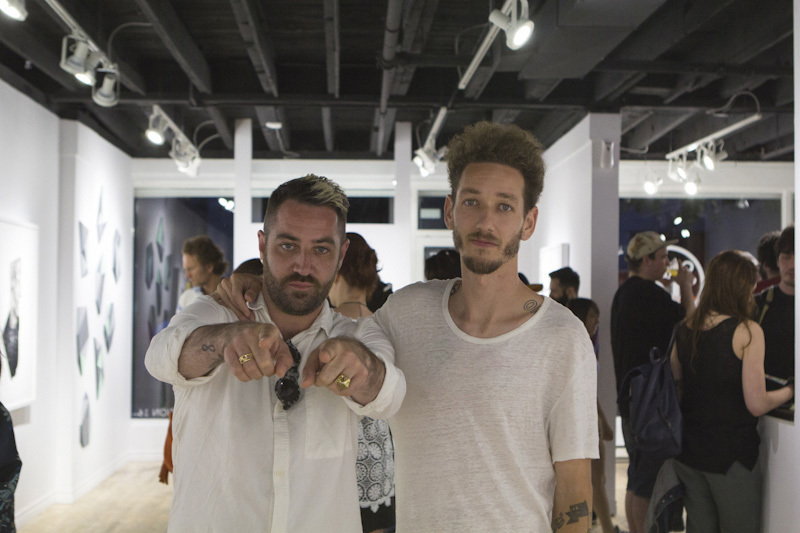 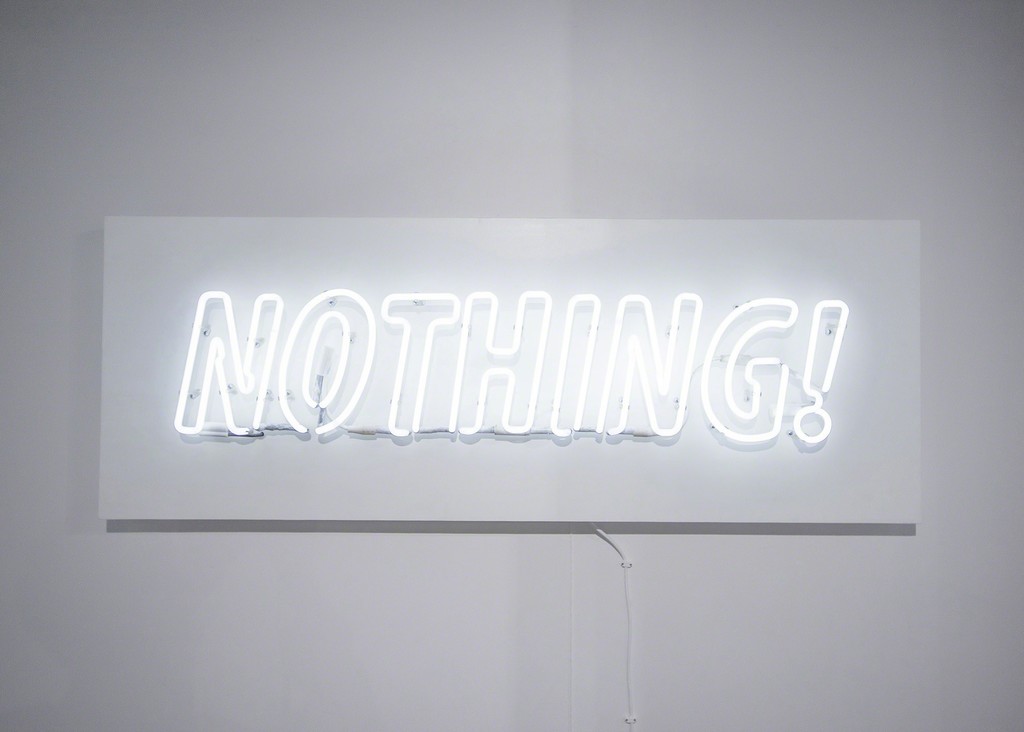 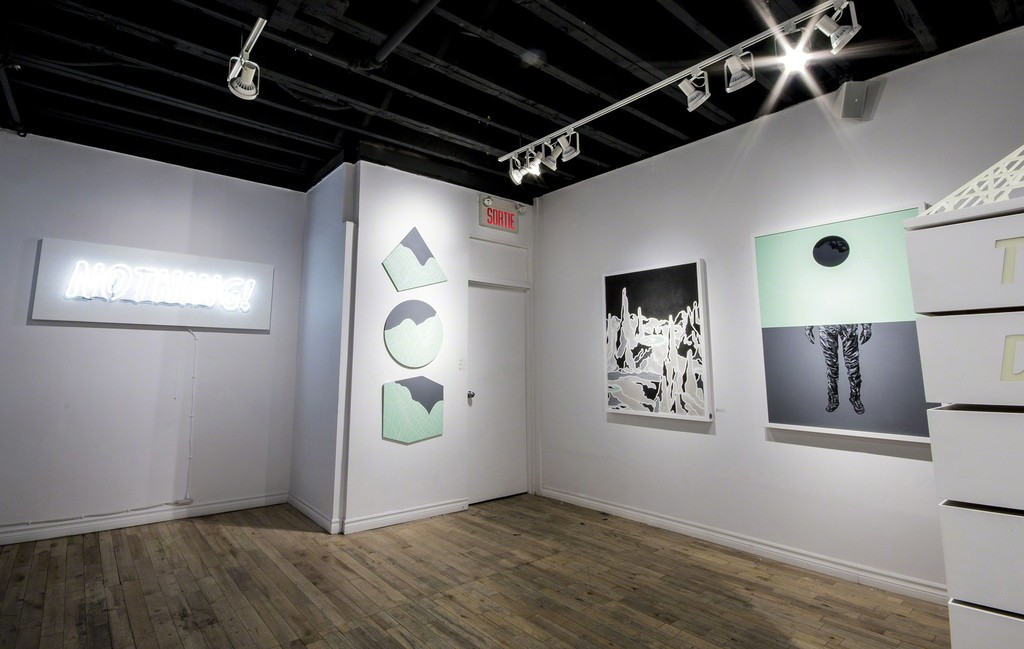 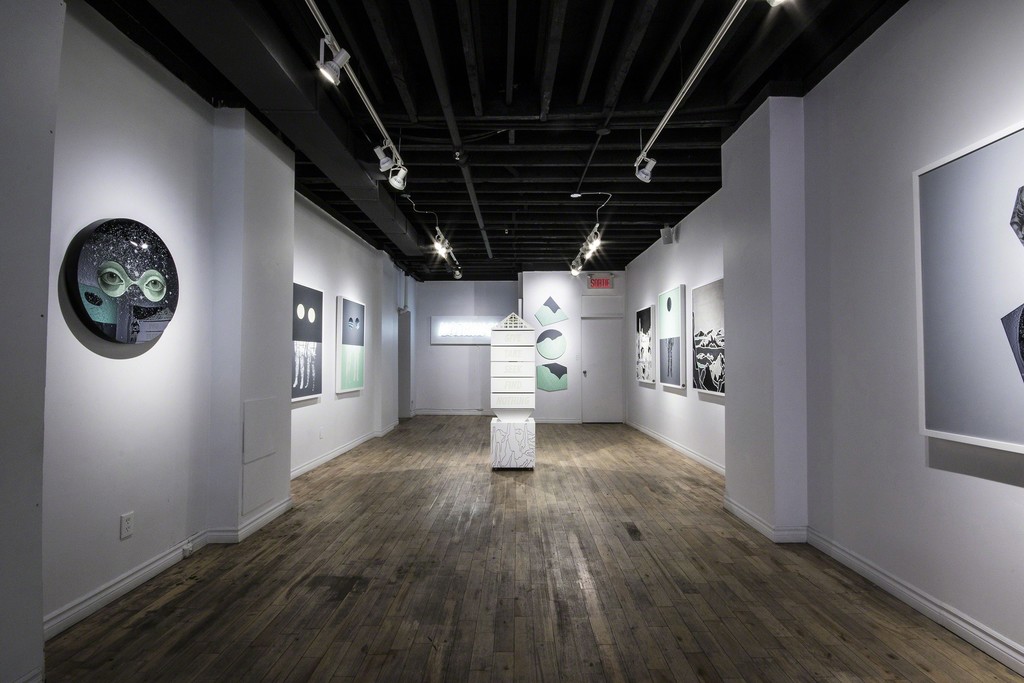 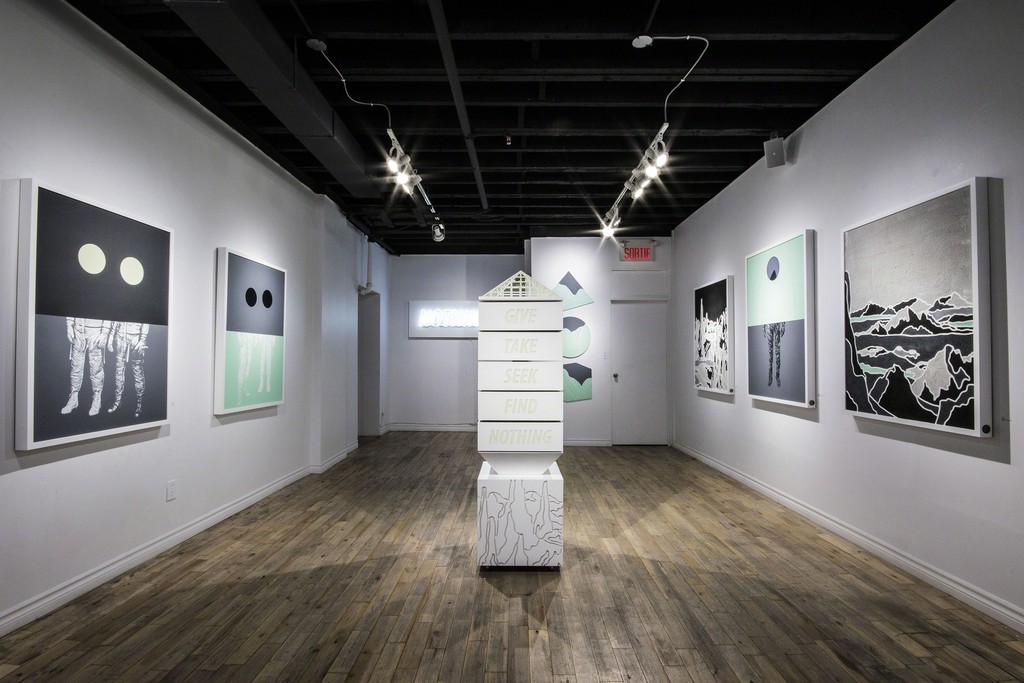 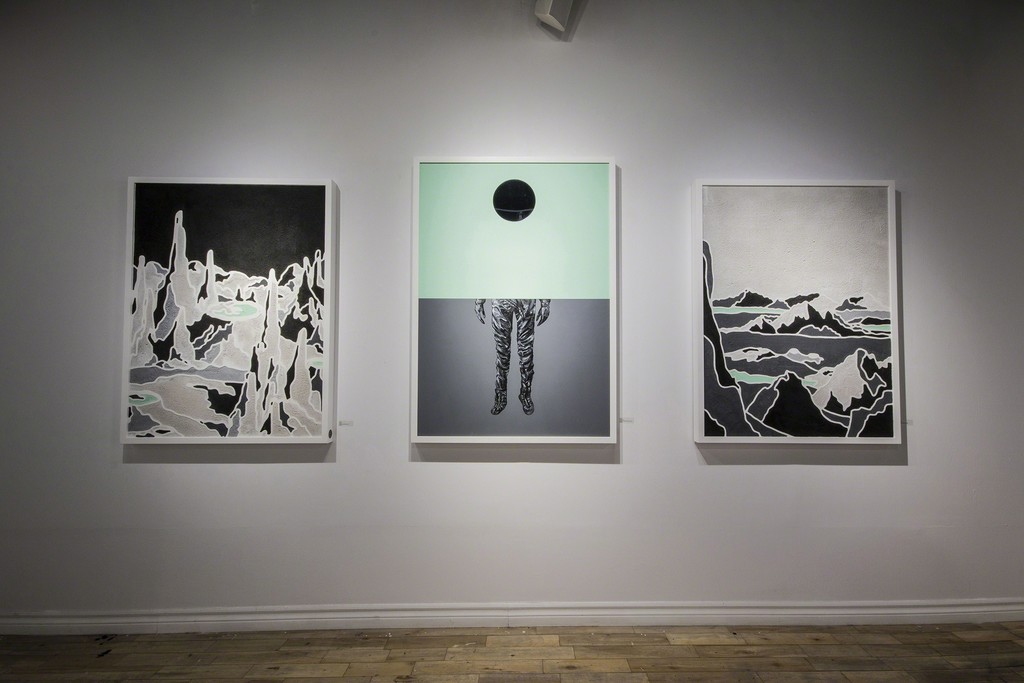 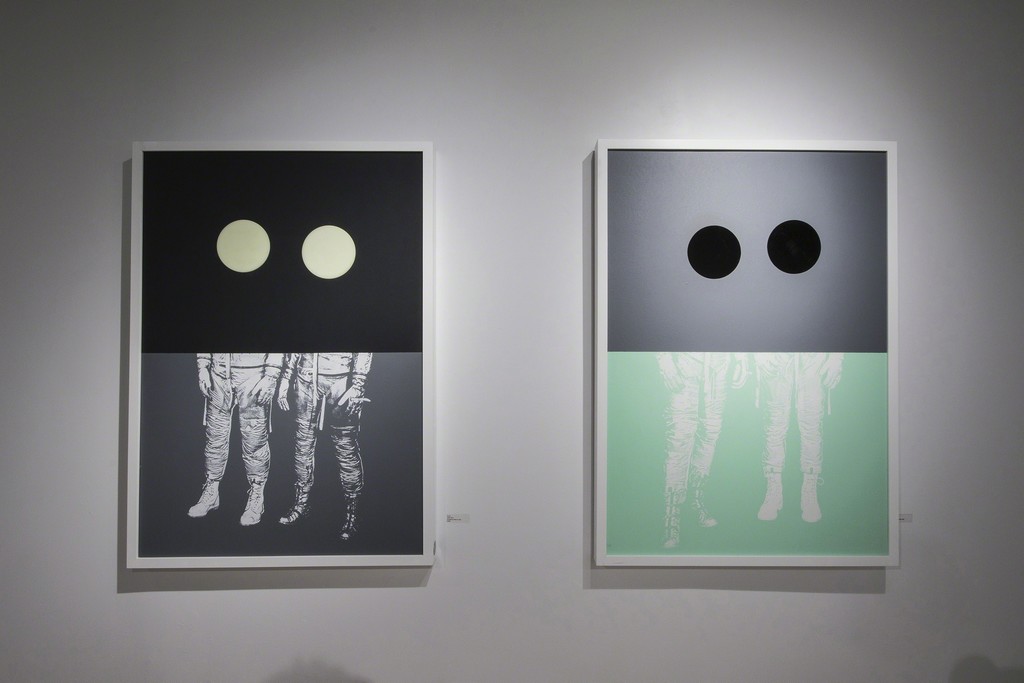 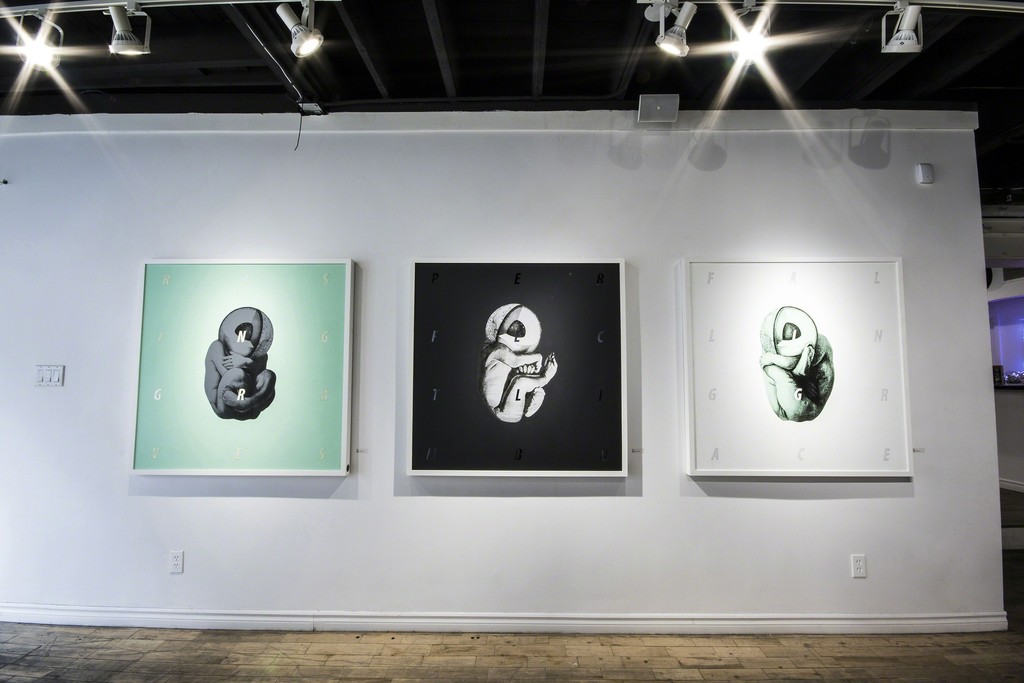 Station 16 is excited to present "Nothing Exists," a solo show by the Los Angeles-based art collective, Cyrcle. Exploring themes of religion, science, and duality, the exhibition marks Cyrcle’s return to Montreal after their participation in the 2014 MURAL Festival.

The exhibition presents an original body of work that “explores the space between all that matters,” describes Cyrcle. “Nothing Exists is a philosophical quandary, a statement comprised of absolute polarities, in which its meaning is inherently dependent on one’s perception. Somewhere between something and nothing exists a space of uncertainty. This moment is immeasurable, yet more substantial than that which is tangible. The more we understand that nothing is something, we realize that nothing exists. We are part of an infinitely large and complex fabric of existence. Our energy moves as liquid from one form to the next, from here to the deepest pockets of the fathomable universe.”

Cyrcle dissects and discusses such existential themes through Nothing Exists, encouraging the viewer to “see blind, hear silence, and feel the truth.”

Station 16 Gallery invites you to join us at the opening reception of Nothing Exists during Mural on June 4th, 2015 at 6pm. The exhibition will run through July 4th, 2015.