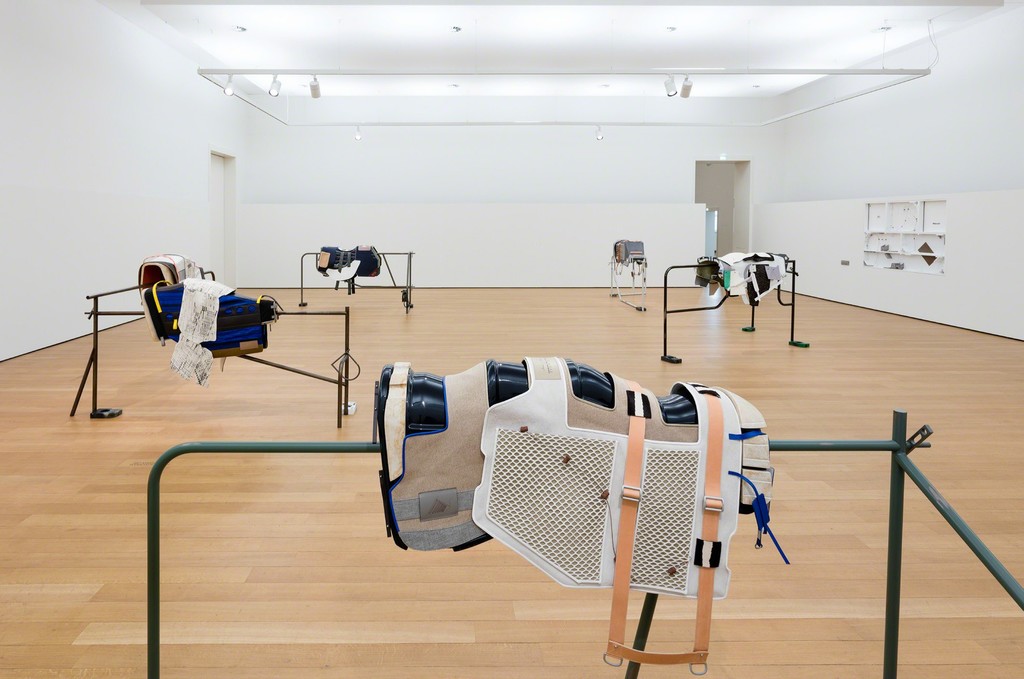 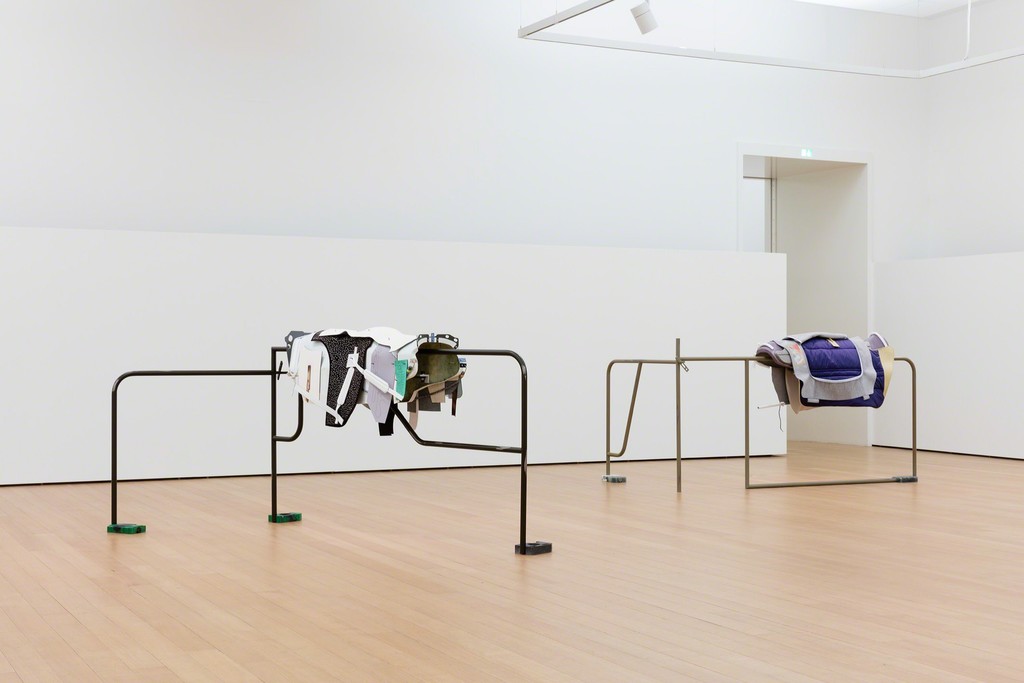 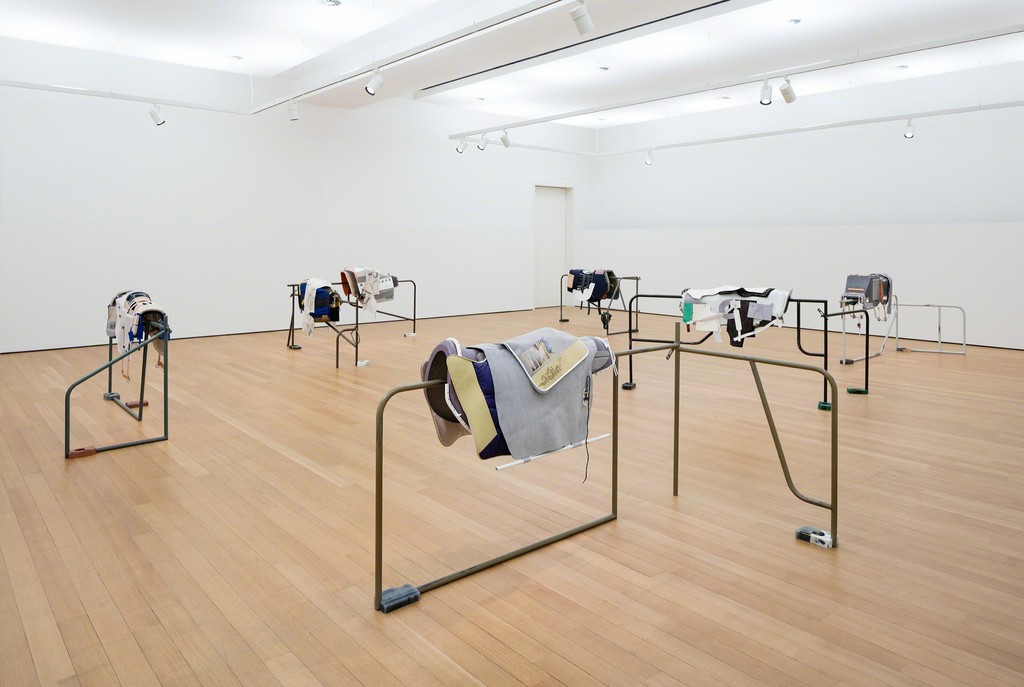 Amsterdam, 18 July, 2016 - This autumn, the Stedelijk presents the first museum solo of the artist Magali Reus, one of today’s most exciting young sculptors. With the support of the Stedelijk and the Mondriaan Fund, the artist will realize new work especially for the exhibition.

Magali Reus works with the materiality and physical interaction between objects, the tension between what is public and what private, and the relationship between the aesthetic and the flawed. The forms of her previous sculptures bore visual similarities to recognizable commonplace objects such as fridges, fold-down chairs and cooking utensils, yet always imbued with a sense of the enigmatic. Although her sculptures may appear recognizable, in Reus’ universe they become uncanny. Through her methods of obsessive layering and repetition, objects are stripped of their use value and translated into abstracted, alienated forms.

When Beatrix Ruf took up the post of director of the Stedelijk in 2014, she was asked: which artist do you simply have to exhibit? Without a second’s hesitation, Ruf replied: Magali Reus. Soon after, Ruf acquired the piece Parking (Retainer) of that same year, for the Stedelijk collection: a wall-mounted sculpture reminiscent of the fold-down seating installed in waiting rooms and other public places. The exception being that these folding seats are nonfunctional: in Reus’ sculptures these become the carriers of other objects rendered in materials such as metal and plastic.

The sculptures in the Leaves (2015) series, for which Reus was awarded the prestigious Prix de Rome in 2015, are similarly perplexing. The enlarged padlock forms, open to expose intricate interiors, are exquisite and seductive – far removed from the unobtrusive objects familiar to us. By exposing their inner workings, the locks are liberated from their utilitarian sensibility and functionality – the preservation of privacy – and thus acquire a very different life.

In the new series of sculptures Reus is making for the exhibition at the Stedelijk, she also confounds our expectations of objects predicated on a deeply-rooted relationship with the body, this time both human and animal.

In this new series of works, the artist utilizes complex textile and leatherworking processes like laser engraving and embossing to produce sculptural forms that, while not directly referencing a specific familiar object, nonetheless evoke associations with saddles, blankets and engines. An element of ‘camp’ or the grotesque is present in the inflation of the (animal) forms that possess a powerful physicality and simultaneously, through their exaggeration, display an astonishing theatrical presence. The works are further distinguished by their complex materiality and lavish ornamentation.

About her latest series, Magali Reus remarks: “With the new works, I wanted to convey something untameable. The objects have an animalistic sensibility, which is in part due to their hulking size but also their surface referral to skins, pouches and bones. Visually, these sculptures are problematic forms to understand. The many layers which constitute their shapes and contours feature an accumulation of details and ornaments which feel jarringly at odds, whilst simultaneously maintaining an appearance of precise confidence. I want to further convey this idea of the destabilisation or agitation of the familiar object-relationships within the works through the exhibition title: mustard is Western slang for ‘to unsettle or disturb cattle’.”

Architecture will also feature prominently in Reus’ solo at the Stedelijk Museum. Magali Reus has designed a spatial installation with walls that will integrate a second suite of works, in addition to the new series, which will be freely arranged around the space.

First publication
The exhibition will be complemented by the first book on the work of Magali Reus, part of the JRP-Ringier ‘first monographs’ series. The publication contains an interview with Reus by curators Leontine Coelewij (Stedelijk Museum) and Andrew Bonacina (chief curator of The Hepworth Wakefield). Also featured are contributions from the artist Liam Gillick, the British art critic Kirsty Bell, and others.

About Magali Reus
Magali Reus (The Hague, the Netherlands, 1981) lives and works in London. She was educated at the Gerrit Rietveld Academy, Amsterdam, Goldsmiths College, London, and the Rijksakademie, Amsterdam.

Opening: Friday Night 9 September
The opening of Magali Reus – Mustard takes place on Friday evening, 9 September, in conjunction with the exhibition Mohamed Bourouissa: HORSEDAY, and is open to the public. On Friday nights, the Stedelijk is open until 22.00. The program will be announced at the end of August.

Stedelijk Contemporary
This exhibit is one of a series of solo presentations under the name Stedelijk Contemporary, in which the Stedelijk highlights an artist at the beginning of their career. Many of these presentations feature new productions and recent acquisitions. The Stedelijk seeks to respond to current events and stimulate contemporary talent by, in some cases, commissioning new pieces. The Stedelijk champions artists as advocates of new ideas and, by cultivating lasting relationships with promising young artists early on, shapes the future identity of the museum’s collection.

The Stedelijk Contemporary presentations in 2016 and 2017 are made possible by Ammodo. The realisation of the exhibition Mustard by Magali Reus is made possible with the financial support of the Mondriaan Fund.