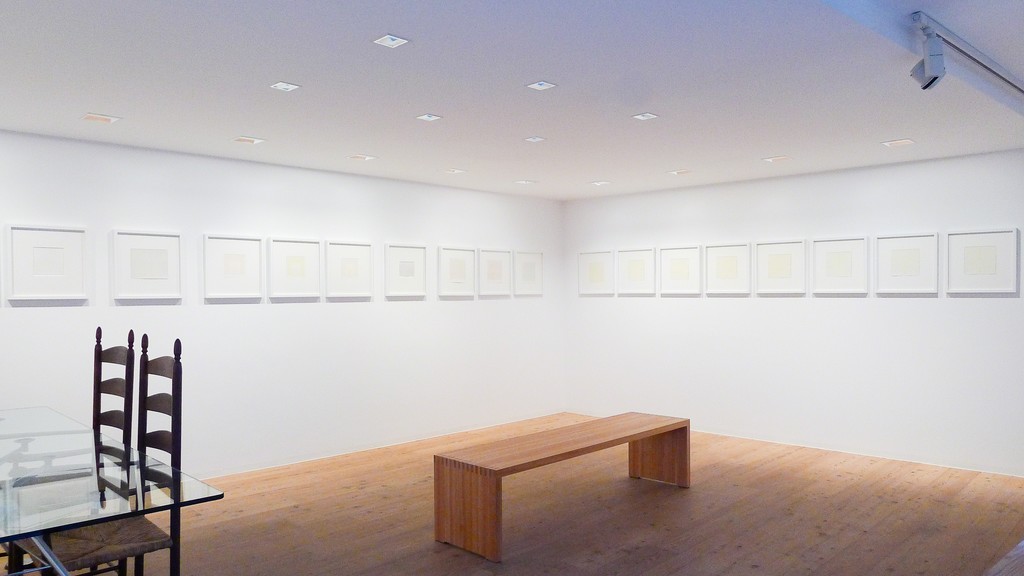 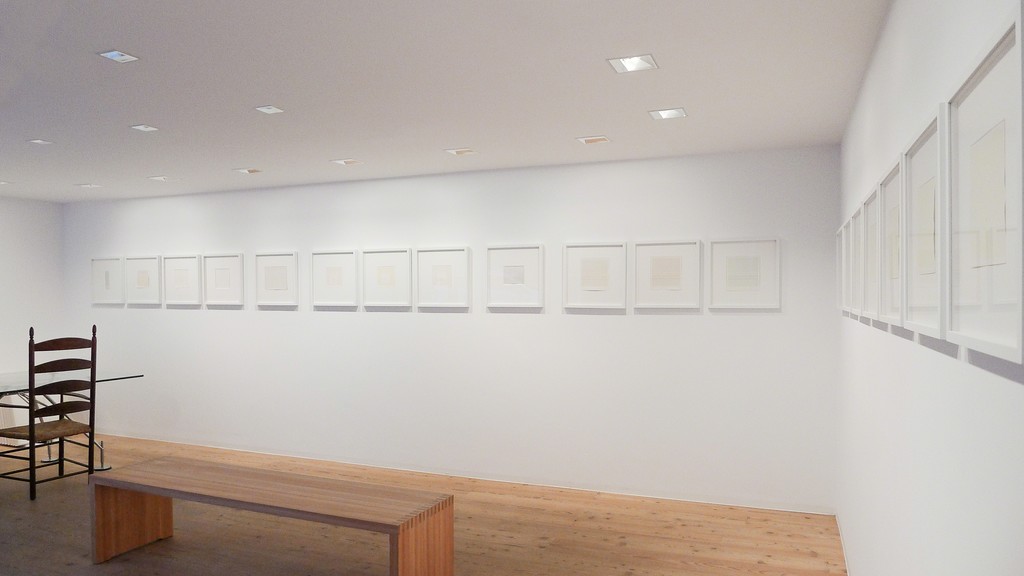 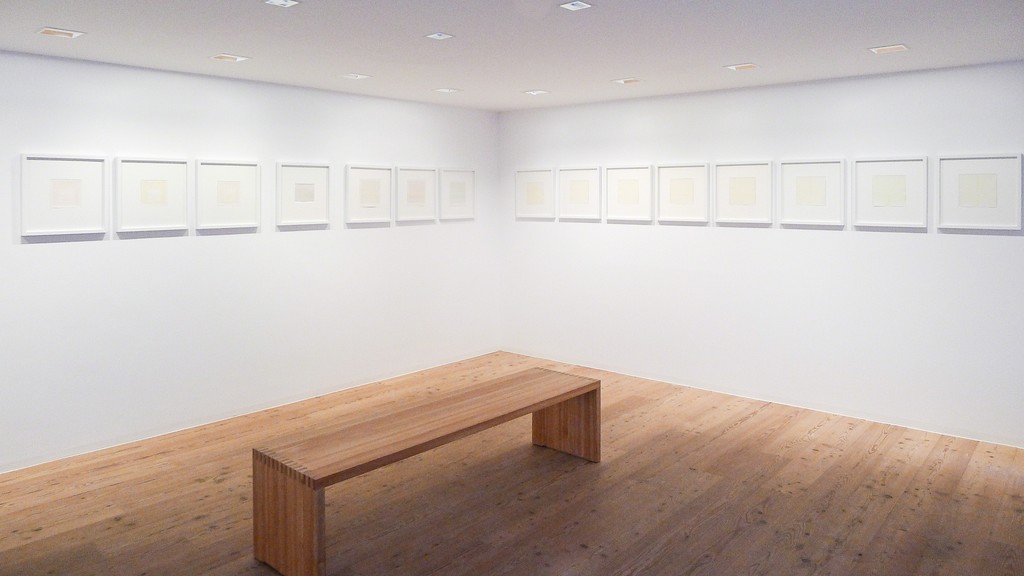 Stefan Hildebrandt Gallery in St. Moritz, Switzerland, is extremely honored to present a solo exhibition of the Italian master of abstract art, Antonio Calderara (1903 -1978). This show of more than twenty oil paintings and watercolors from the 1950s and 1960s, all selected from the artist’s estate, highlights the renewed scholarly interest in Calderara’s contribution to art history, and predates the upcoming 2016 retrospective dedicated to his work by The Lugano Art and Culture, the city’s new cultural center.

Following a series of Italian Avant-Garde exhibitions of the works of Bonalumi, Castellani, Dadamaino, Griffa, Simeti, and Scheggi, Stefan Hildebrandt Gallery further delves into this innovative and masterly period of art production with the pioneering and complex work of Calderara. Characterized by a geometrical rather than whimsical play of light-suffused pastels that all but sublimely disappear into the transparent, Calderara's paintings seem to be illuminated from within, while also act as quiet reflections of the external world – most notably the inspiring light of Lake Orta in Piedmont, the home of his childhood summers and to where the artist would return later in life. As Calderara himself stated: “my works do not strive to be pure geometry, but they want to represent the human measure of a space of light.”

Calderara's reductive language evolved from an earlier figurative period – characterized by more classical still life, nature, portraits, and landscapes – into the strictly geometrical forms and discourse of light and color for which he would become well known and which for him opened up his work to a deeper dialogue on the human experience, time, and infinity.

In 1959, Calderara painted his first entirely abstract work, a style in part influenced by Piet Mondrian and other artists such as Josef Albers and Max Bill. The famous Swiss art historian and curator, the late Jean-Christophe Ammann, described Calderara’s artistic growth as follows: “Calderara did not belong neither to Constructivism nor to Tachisme. His approach towards monochrome and abstract art had very little in common with the reactions of most contemporary artists at the end of the Fifties.” According to Ammann, the study of light, form, and color had, by 1958, reached such a level, which necessitated the evolution of a new artistic dimension.“ The innovation was not only his form of abstraction, but the light (…). It becomes nature from the moment in which form becomes abstract, his reference to the environment is no longer evident.”

In addition to oil paintings, included in this exhibition are watercolors – a medium favored by Calderara for its freshness and translucency, and a technique he used adeptly to further refine his uniquely expressive language of transparency, geometric form, and allusions to nature.
Calderara's extraordinarily radiant works belie the careful rigorous language of reduction at their foundation – instead elevating the painterly dialogue to a poetic plateau. No doubt, any observer of his elegant works will be moved by their contemplative beauty and their invitation for a closer, more thoughtful inspection.

Antonio Calderara was born in 1903 at Abbiategrasso near Milan, Italy. He spent his summers with his family at Lake Orta, near Lake Maggiore, an enchanting place at the foot of the Alps. It is here where he retired later in his life, without renouncing to an intense exchange with other artists. Here, he created his first works, which were exhibited for the first time in 1923 at Vacciago on Lake Orta. He decided to study engineering at the Politecnico Institute of Milan, but, in 1925, he left his studies to dedicate himself entirely to his artistic career – in particular to still life, portraits, and landscapes in his own individual style. In 1948, he was invited for the first time to the Venice Biennale. After suffering a first heart attack in 1950, he moved permanently to Lake Orta, where he became interested in the abstract work of Mondrian. He experimented with techniques of two-dimensional art and with precise colors. In 1956, he participated again in the Venice Biennale. His definite shift from figurative art to abstract art occurred in 1959. Calderara worked incessantly, even with his weakening heart condition, making several solo shows in Europe, South America, and the USA. He participated with twelve works at Documenta IV in Kassel. Right before his death, in 1978, he founded the Antonio e Carmela Calderara Foundation at Vacciago. Here, in the suggestive atmosphere of his home, it is still possible to admire the artist’s collection of his own works and those of other artist friends such as Albers, Bill, and Lohse.