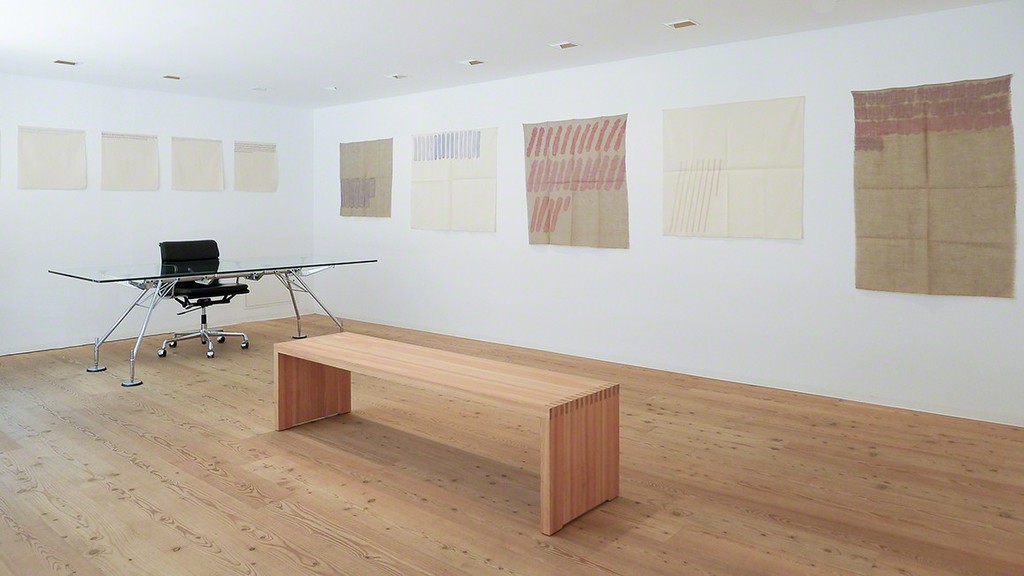 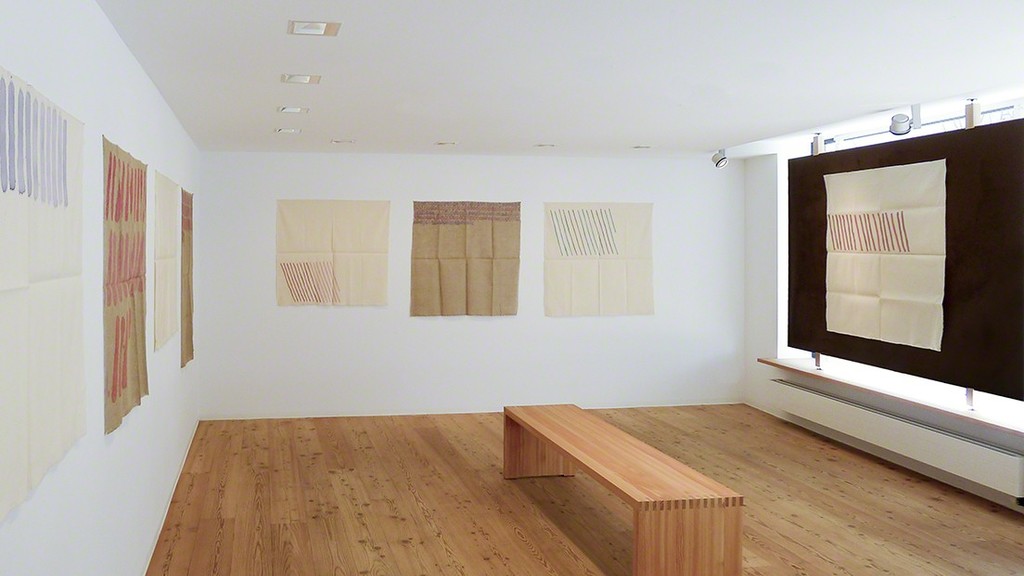 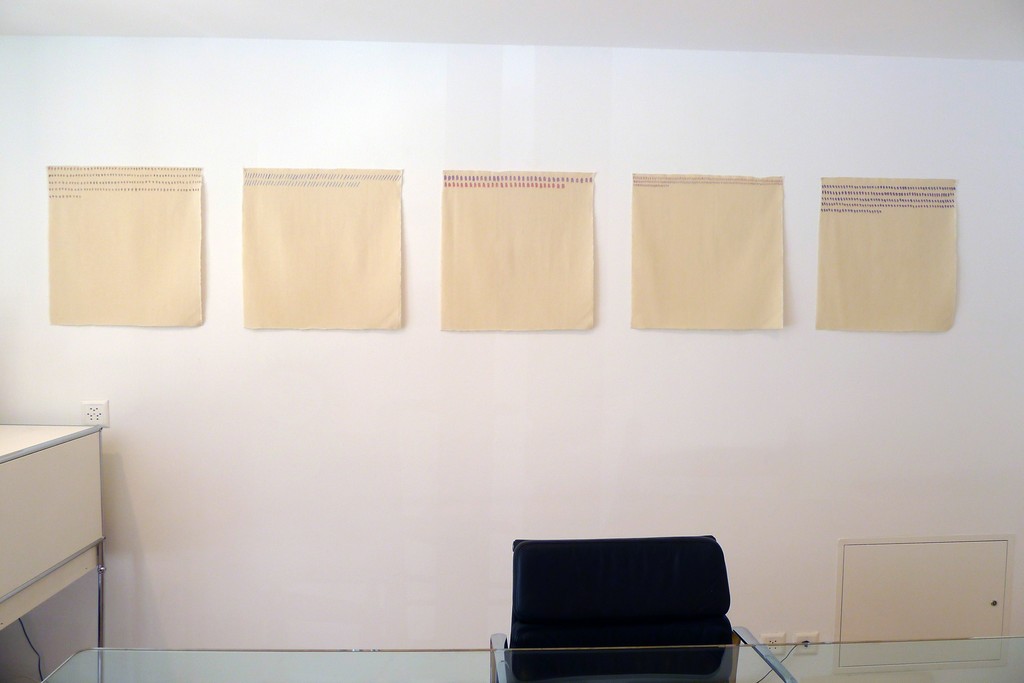 Stefan Hildebrandt Gallery is happy to present a solo show of the Italian artist Giorgio Griffa until 13 September, 2015.
One of the most radical and articulate artists of the avant-garde working in Italy today, Giorgio Griffa became known in the late 60s for his paintings reduced to their essential components: canvas, colours and brushstrokes. Stefan Hildebrandt Gallery St. Moritz presents an exhibition covering his oeuvre in the 1970.
The work of Griffa transcribes an idea of rhythm, sequence and the repetition of minimal gestures on non-stretched canvas, nailed to the walls and simply folded when not on display. The grid created through constantly folding them becomes part of the paintings‘ pattern, erasing the distinction between support and surface as well as abolishing the idea of painting as “open window”.

Griffa is associated with Minimalism, due to his interest in repetition, seriality, and formal dispossession. He is, however, unique within the movement for his refusal of geometric rigor and the obliteration of the artist‘s hand. Giorgio Griffa produces works that combine avant-garde and tradition, simplicity and complexity.
Giorgio Griffa‘s exhibition at Stefan Hildebrandt Gallery comprises 14 paintings, covering the 1970 of his development, from the Horizontal Lines (Orizzontali) which he is renowned for since 1968 to his Vertical Signs (Segni verticali) and Obliques.

This exhibition is coinciding with four museum exhibitions of Griffa’s work in Europe: