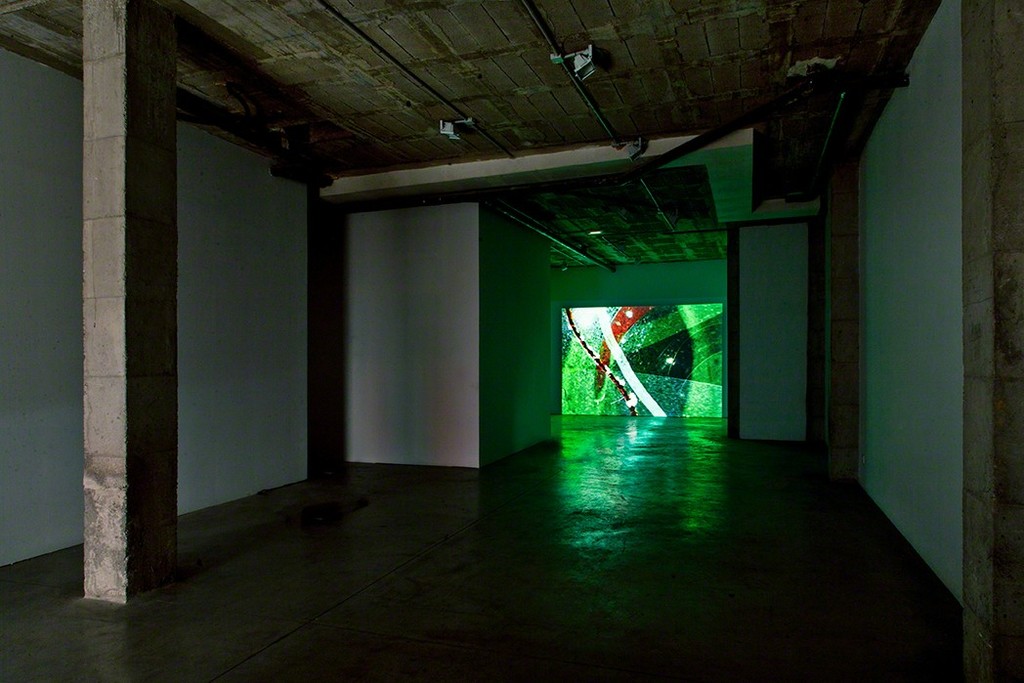 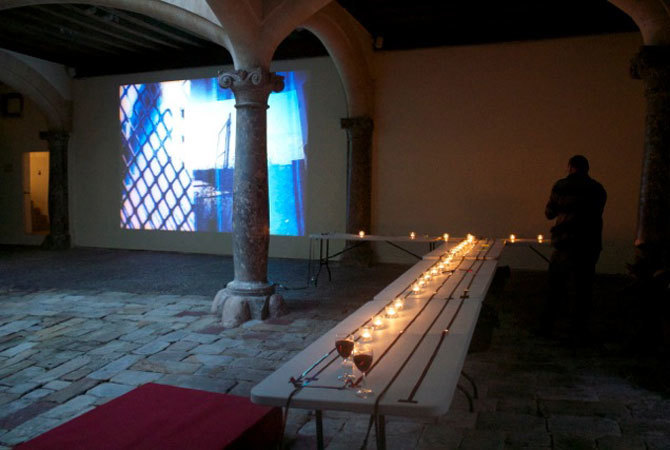 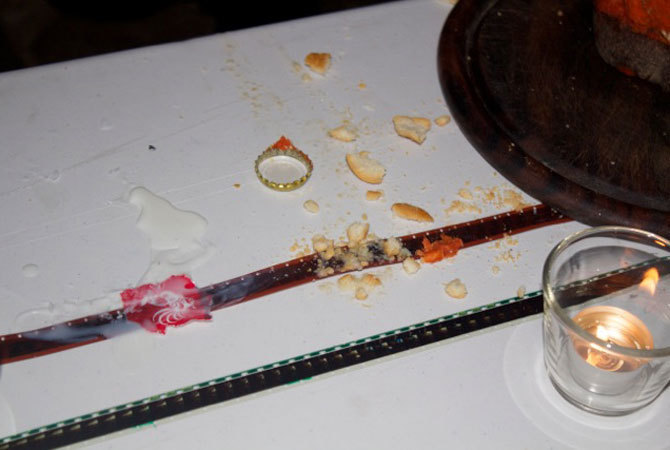 A new film by the LA artist Jennifer West will be exhibited and we’d like to see you all here on thursday 26th of september for the first show this fall. The show will move on to our new space on C. Tomas Foreteza 55 from the 1st of october.

March this year we presented a solo with Jennifer at our gallery showing 4 films and new photos. We also continued to help and collaborate with our institutions here in Palma de Mallorca, so during our exhibition we made it possible to also have Jennifer West at Casal Solleric making a performance that ended up with the film: Terazzo Floor Spiral Film.

The film features double-exposed filmed images of the abstracted spiraling of film depicted in the mosaic tile floor of the film lab in North Hollywood that the artist works with. The film was taken to Mallorca where it was taped to tables and visitors were invited to work directly on the filmstrips while conversing and drinking beer. They wrote on the film in Spanish, scratched it, melted candle wax, smeared it with lipstick, rubbed it with sobrasada, crumbled galletas and more.

The artist is known for making films with unusual materials such as coal-tar dye, eyeliner, whiskey, deodorant and even skateboard wheels(used in a solo project at Tate Modern London, Turbin hall 2009). Jennifer West has a solo show now running at Marc Foxx in LA until october 5.

Produced in part by Mallorca Landings, Spain and thanks to Casal Solleric.