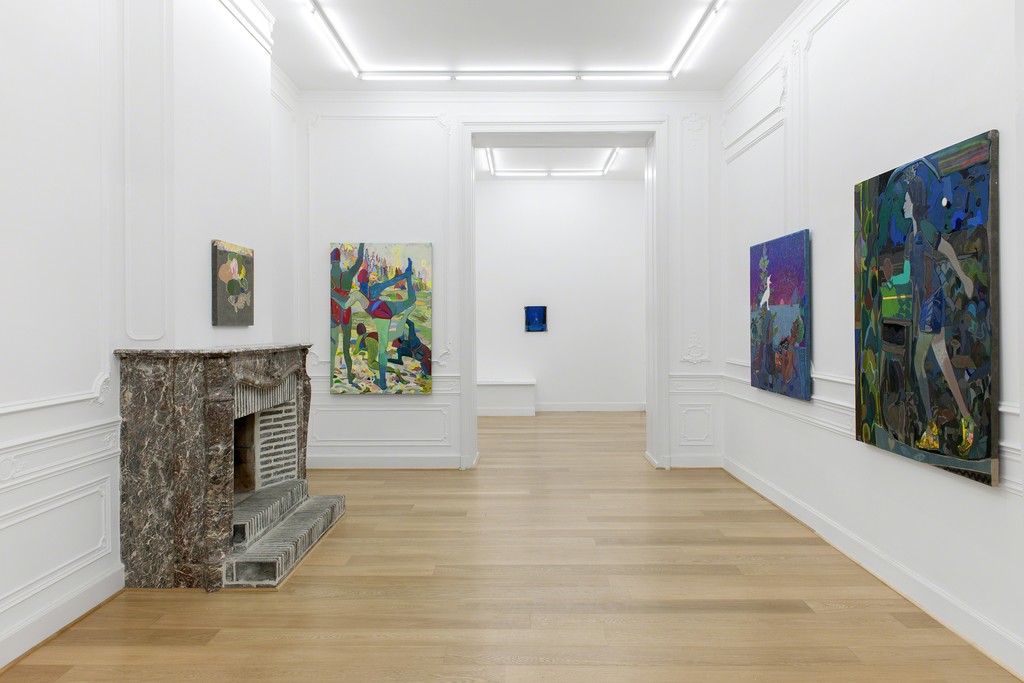 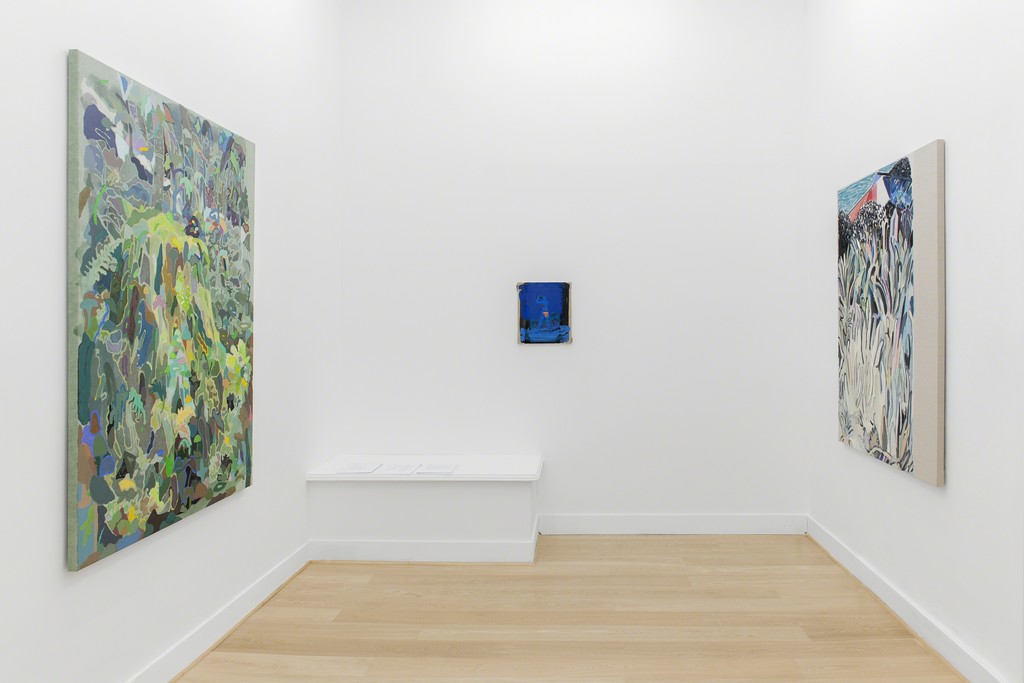 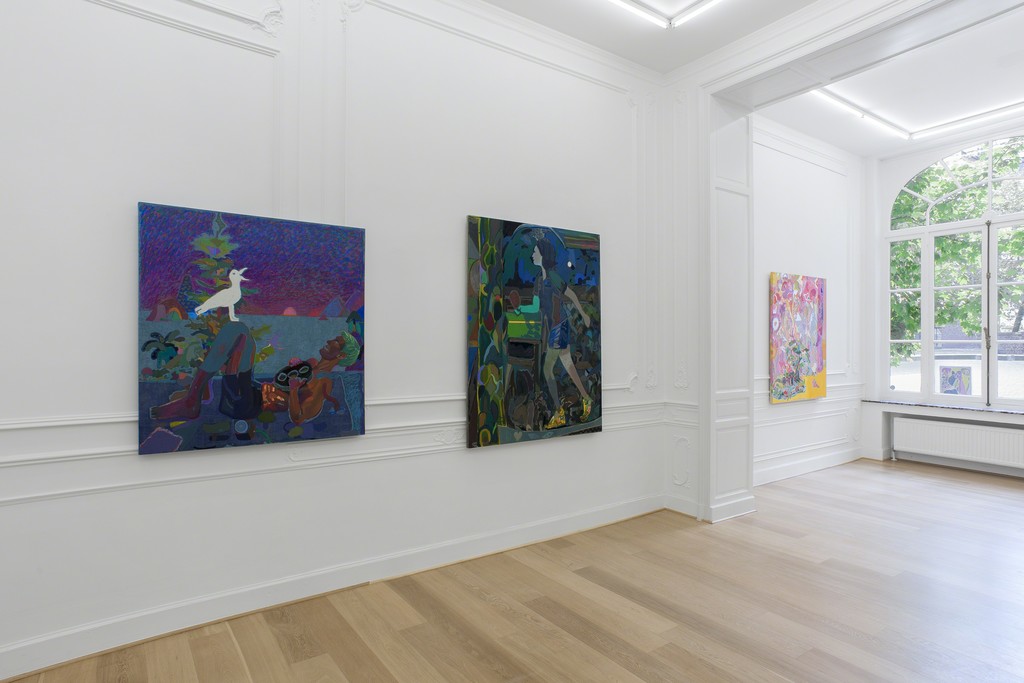 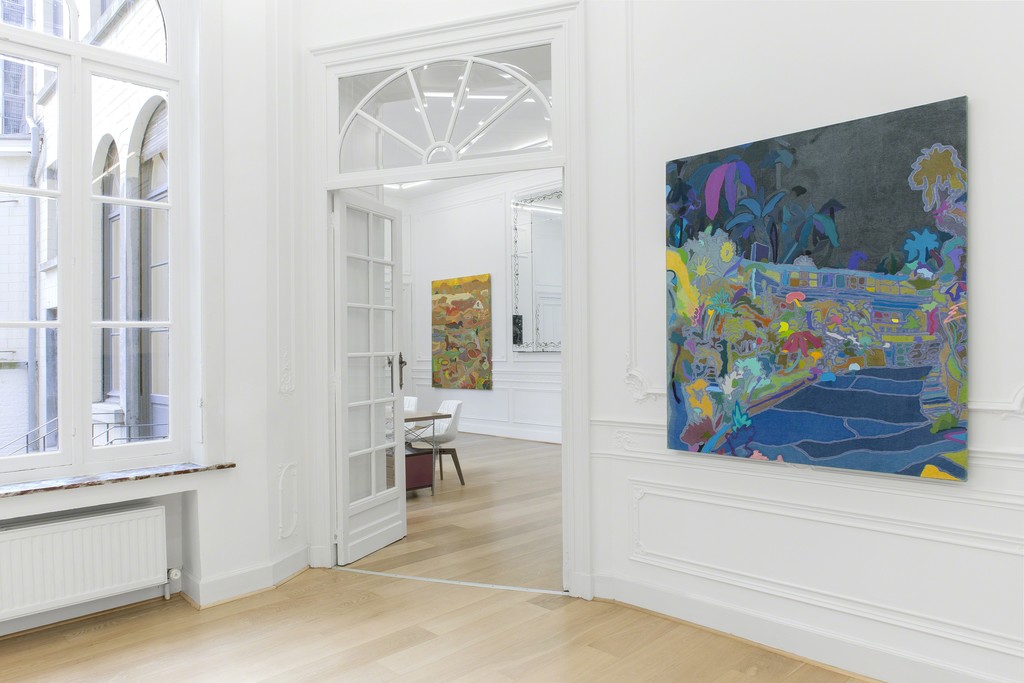 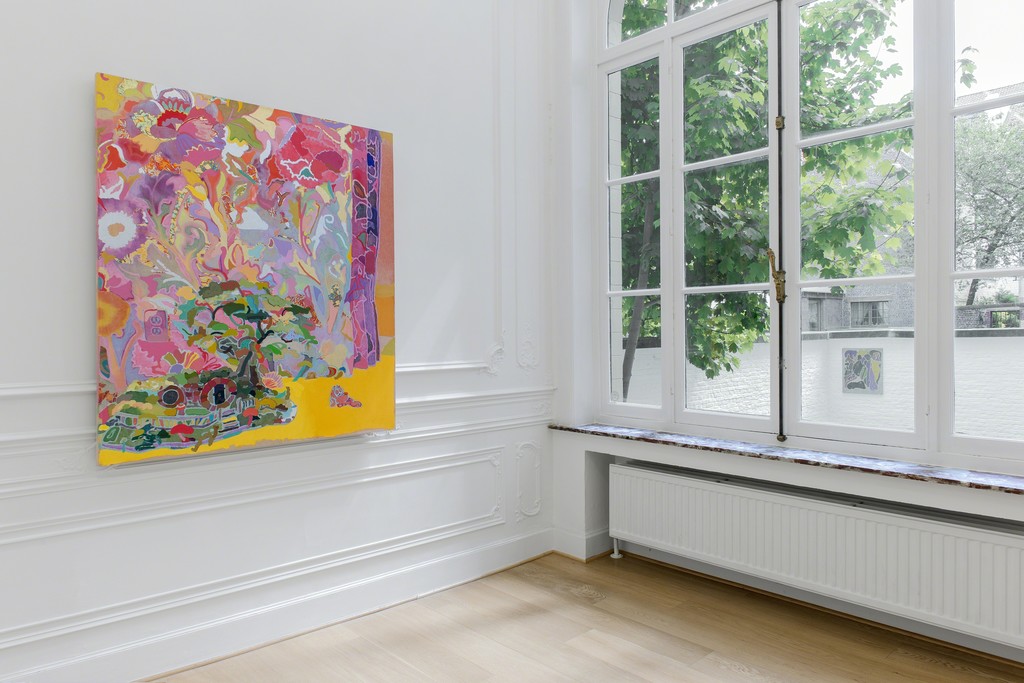 “The brevity of the haiku is not formal; the haiku is not a rich thought reduced to a brief form, but a brief event which immediately finds its proper form. The haiku reproduces the designating gesture of the child pointing at whatever it is (the haiku shows no partiality for the subject), merely saying: ‘that’!”, – Roland Barthes

Stems Gallery is proud to present Leon Benn “Clumsy Haikus.” This is Benn’s first show with the gallery as well as his first solo show in Europe.

The paintings in “Clumsy Haikus” were born as spontaneous drawings made in bars and on the go, and then cultivated into lush, chimerical landscapes in his studio. Taking much inspiration from the resplendent Southern California landscape and the random ordering of nature, Benn’s paintings combine the natural and unnatural worlds to create a mutant picturesque.

Working from Barthes’ idea that the haiku is inherently obtuse, Benn blithely embraces painting’s clumsy relationship to our lived experience of modern life, in turn locating the clumsiness of life itself. His psychedelic color, imprecise layering of textures, and stylized figures create a fictitious world in which unrelated elements happily coexist with maladroit conviction. Like the jungle scenes of Henri Rousseau, the objects, landscapes, animals, and people that inhabit his world are taken from life but fully reconstructed from the artist’s imagination.

In each work, Benn’s cast of characters are captured in quotidian moments— swimmers warming up, ducks floating on a pond, and a man laying supine with a bird on his knee. Embedded in each image are totally unrelated signs of civilization, such as an electrical socket, an exercise mat, a ping-pong paddle, and even Garfield the cat—thus stripping those objects of their supposed meaning. Within this perverse, humorous world, it is unclear whether nature concedes to civilization or vice versa—reason lies in the mind of the beholder in an effect the artist calls “poetic harmony through disassociation.”

Leon Benn (b. Philadelphia, PA, 1981) received his B.F.A. in Illustration from Rhode Island School of Design and his M.F.A. from University of California, Los Angeles. He currently lives and works in Brooklyn, New York.