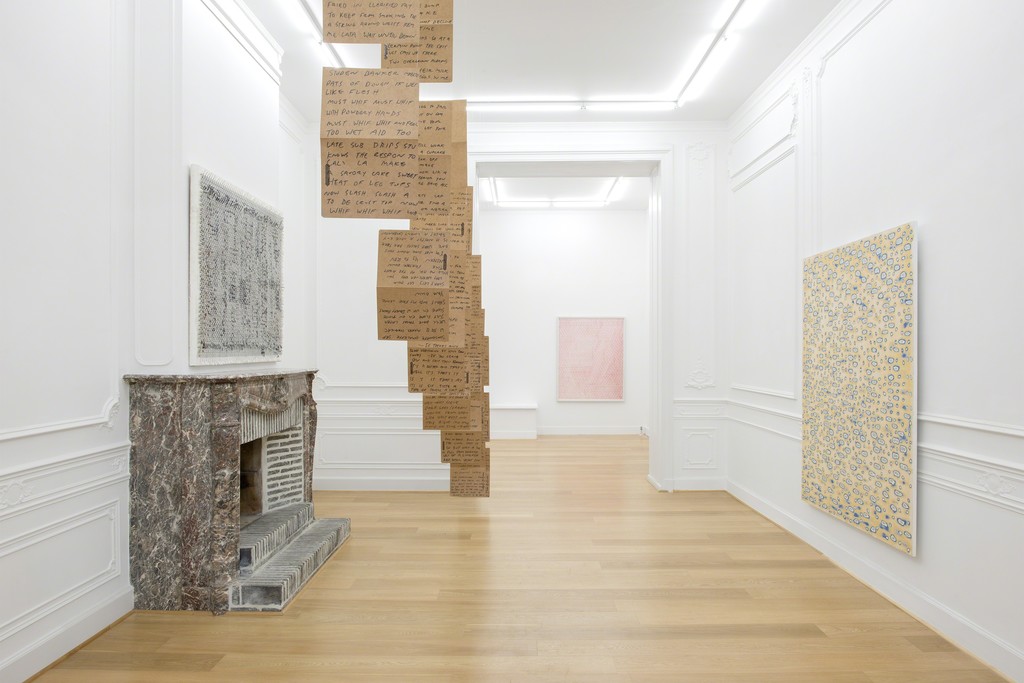 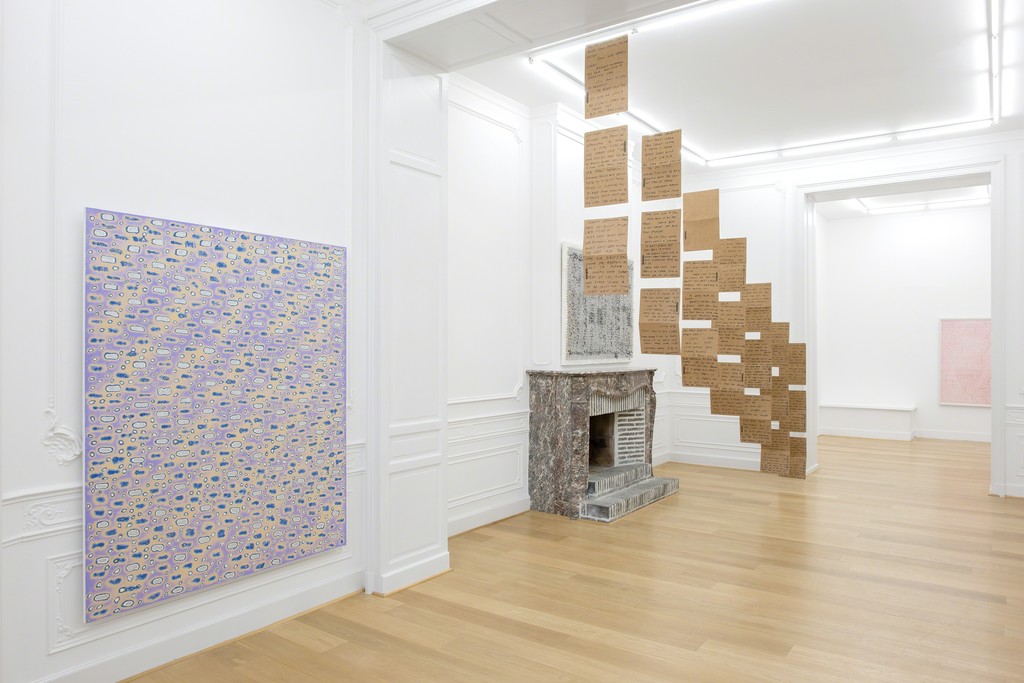 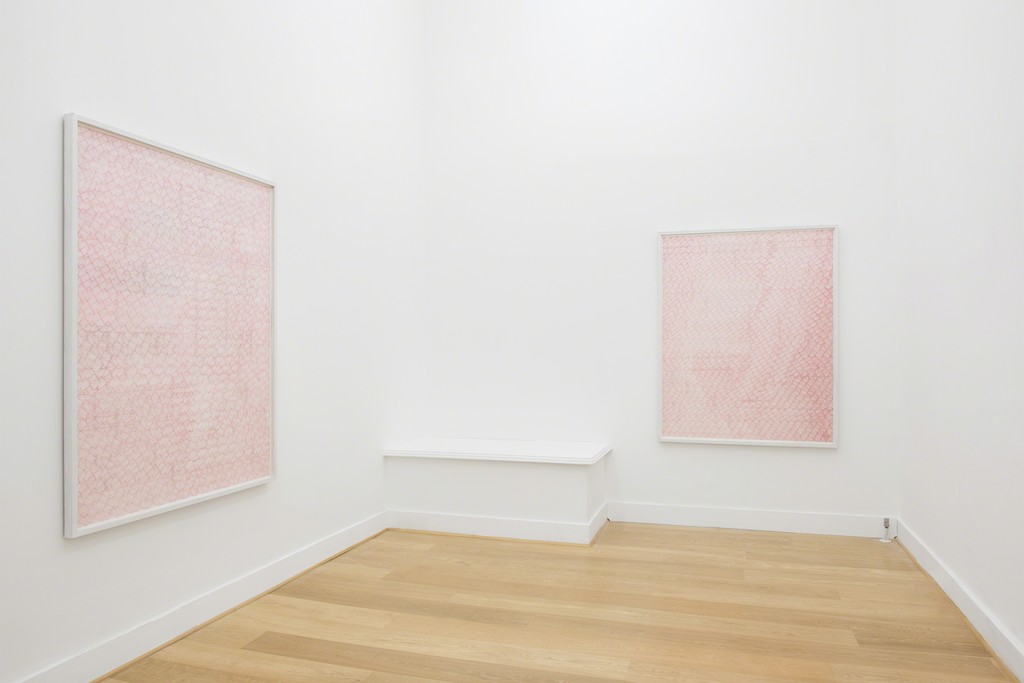 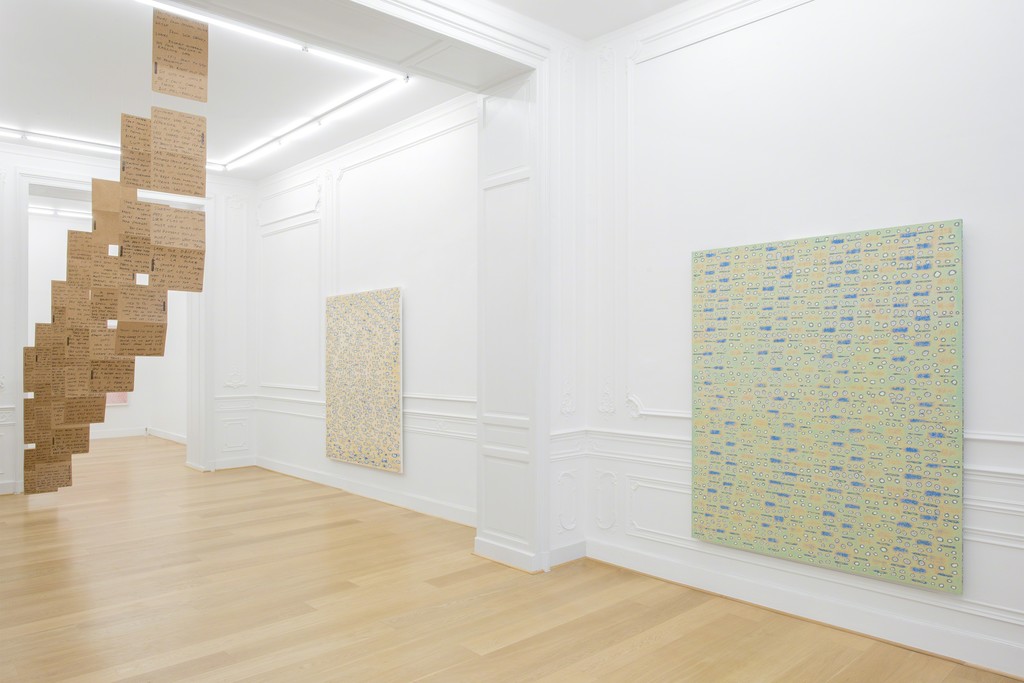 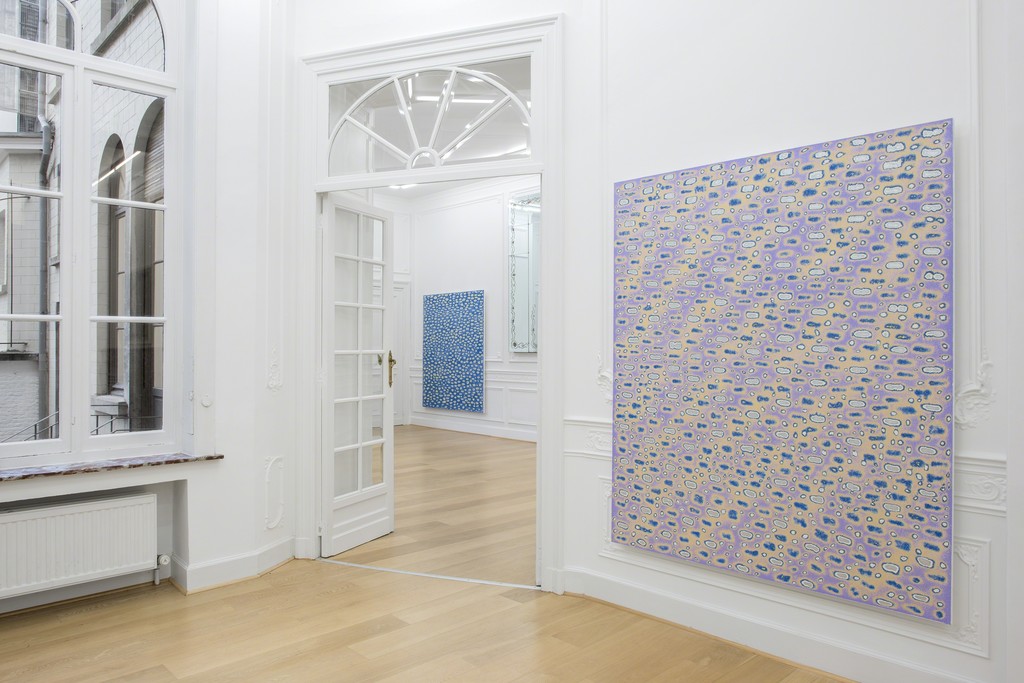 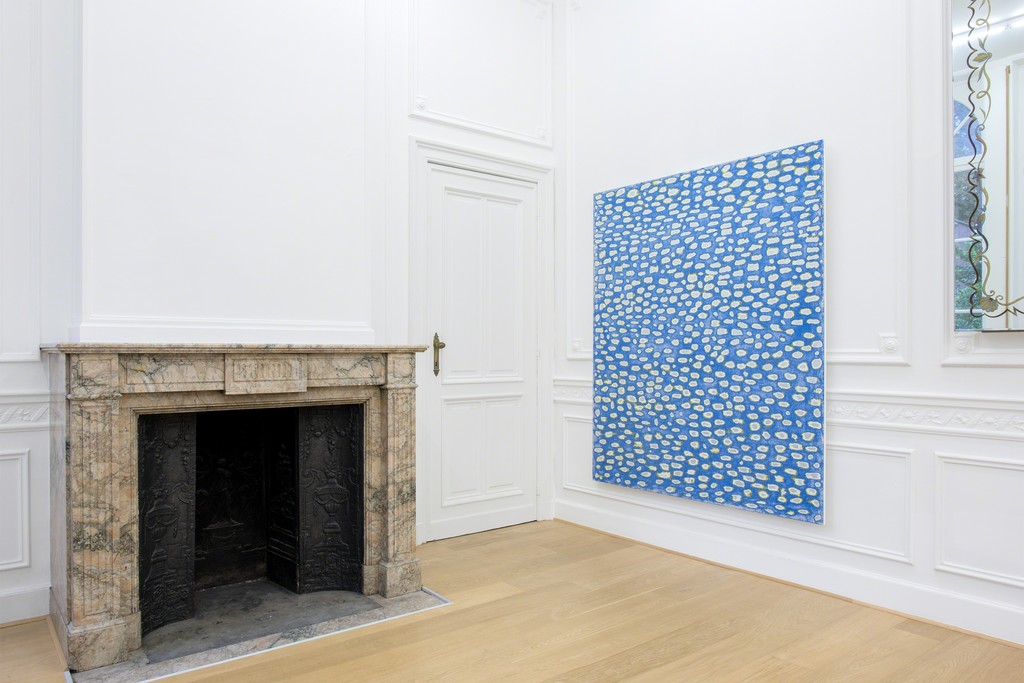 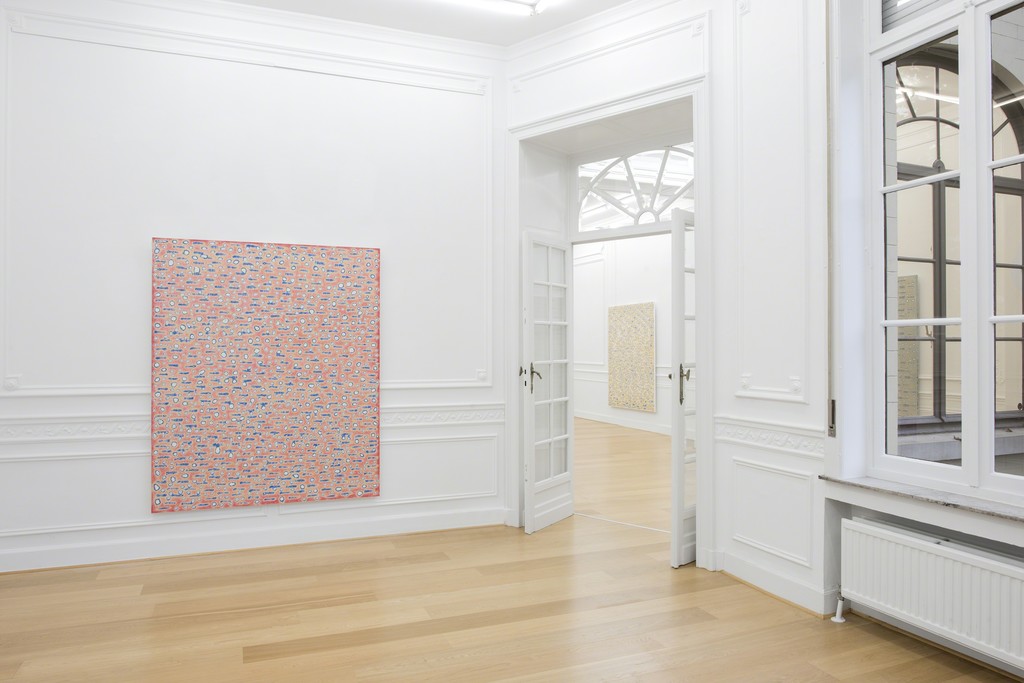 At the core of the show are two large-scale drawings, based on a woven design by noted Modernist Anni Albers, and realized through a labor intensive process that the artist describes as «an approximation of the idea of textile production». Connolly translates Albers’ textile through countless individual marks applied with a fine pen. His dedication to the subject matter proves to be self-subverting, as an incidental secondary pattern — the result of brief moments of hesitation prior to each stroke, when ink seeps from the nib into the drawing surface— ultimately emerges and dominates the composition. What results is a striking homage to the beauty of Albers’s output as well as it is to the diligence and rigor with which she engaged with the world.

Also included in the show are five paintings on aluminium. Connolly applies up to twenty coats of paint —in alternating colors— on his panels, and then proceeds to very delicately sand into their surfaces, performing a sort of excavation in which each infinitesimally thin layer is revealed, from the topcoat, to the primer base, and finally to the aluminium substrate. The resulting works display a sense of freedom and exuberance that defies the extreme sensitivity that their execution requires.

Connecting these two bodies of work is a formal arrangement of texts written on file folders. Jotted down at the moment when Connolly breaks from the state of intense concentration required by his drawings, these texts are exceedingly loose. They are filled with private language and strange associations. They follow an off-kilter, faltering rhythm. Considered by Connolly to be an ambivalently received inheritance —a «by-product» of his drawings— they may in fact be seen as an appropriate testament to the peculiar juxtapositions —tension and release ; endurance and delicacy; intention and resignation — that we see throughout his work.

“The work in Yo-Yo was all produced between April and October of this year (2015). Around the time I started working on the show, I moved from my old neighborhood of MacArthur Park, to a house about four-and-a-half miles south, in South Los Angeles. My new place had an extra room to serve as my drawing studio—however I kept my old studio (in MacArthur Park) for messier work.

This move determined the rhythm by which the show was produced. Most days I would wake up early and draw until the house became too warm—usually around 2PM, although toward the end of the summer we had a stretch of maybe six weeks when temps were regularly in excess of 100oF, making it hard to do anything at any time. Normally though, after finishing the day’s drawing I would spend an hour or so at the gym or driving range, and then go to my other studio, where I would work on paintings or a woven work until it was time to return home and go to bed. This daily back-and-forth, up-and-down, combined with the glacial pace at which my work develops—often provoking in me a particular sense of frantic-near-stasis— led me to first consider titling the show Yo-Yo.

Over time, Yo-Yo came to mean something more. In order to function, a Yo-Yo must be wound. I started to see my drawing as a kind of winding. The drawings are comprised of many rhomboid forms. These forms start as four points marked in pencil. I connect the dots with alternating pen lines and continue to cycle inwards with ever-shortening strokes until everything converges into a kind of hub, at which point I mark out the next form and begin again. After a nice stretch of drawing I am sufficiently “wound up” and, like my Yo-Yo, I have a surplus of energy stored around my hub that I can send out in every direction, defying my ordinary state-of-mind in a way similar to how the toy defies gravity.” Matt Connolly, Brussels October 2015