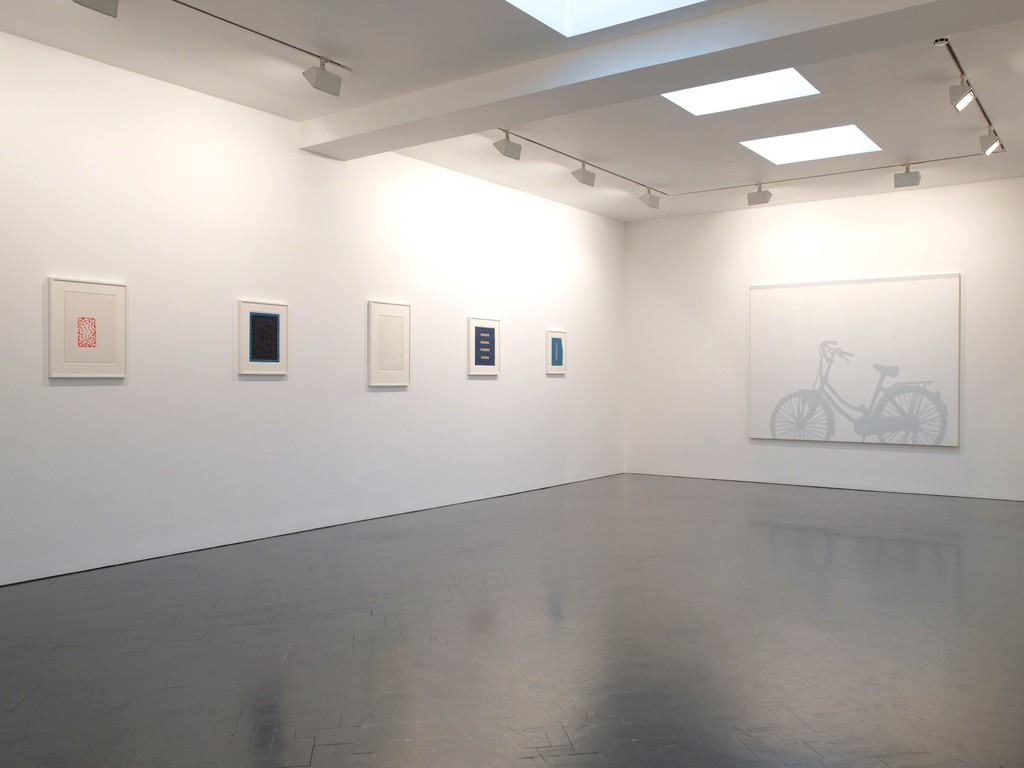 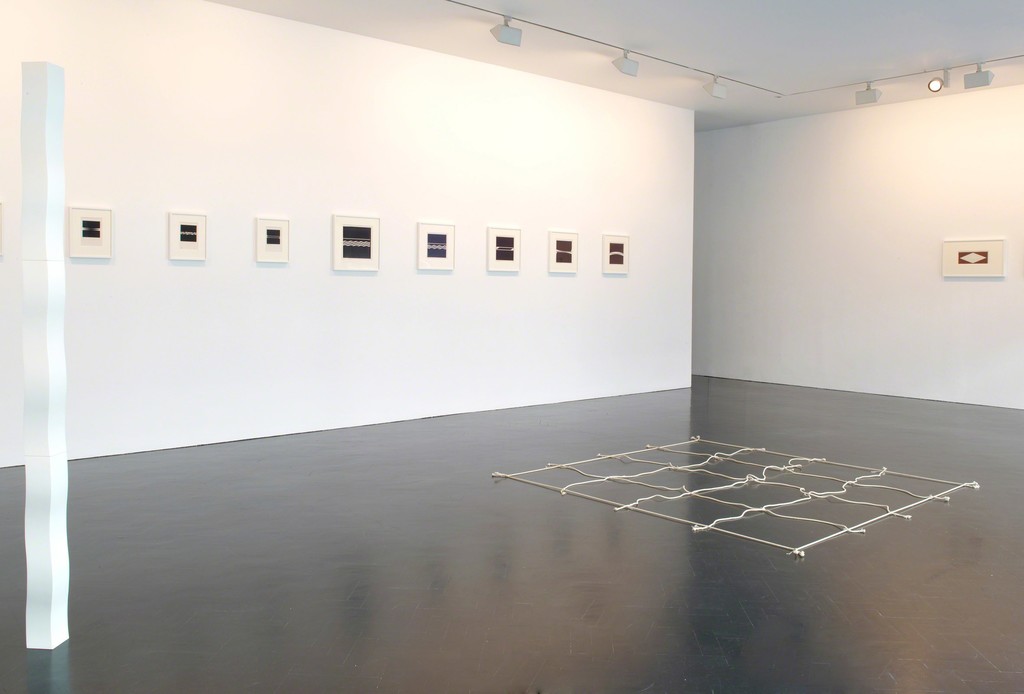 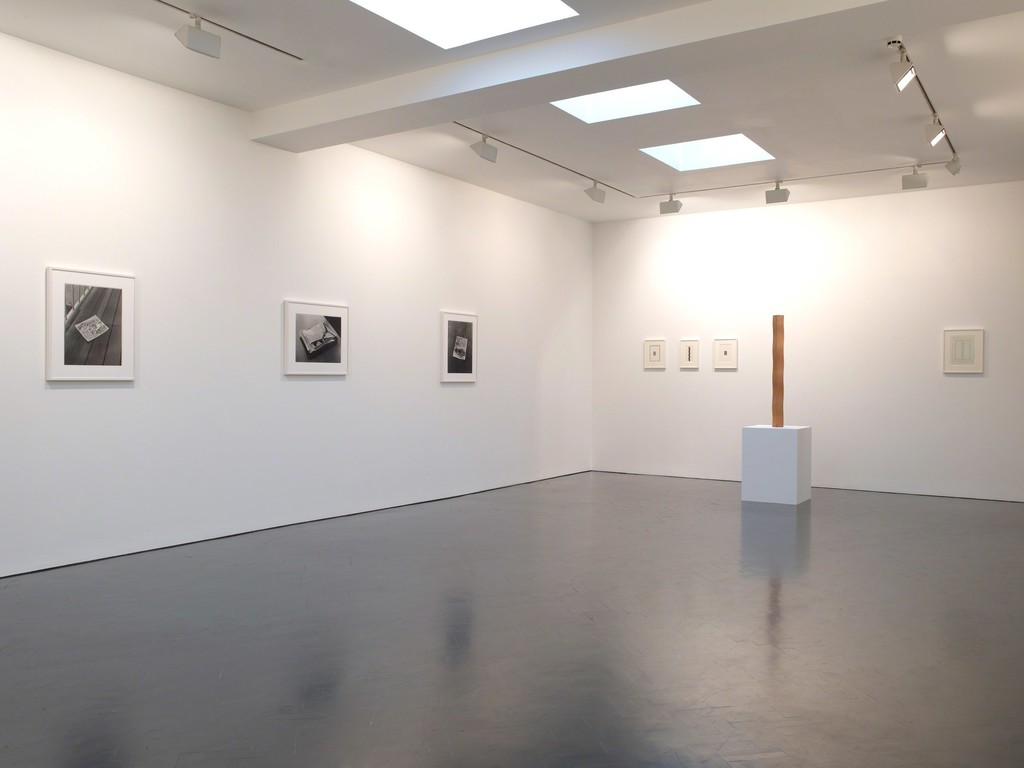 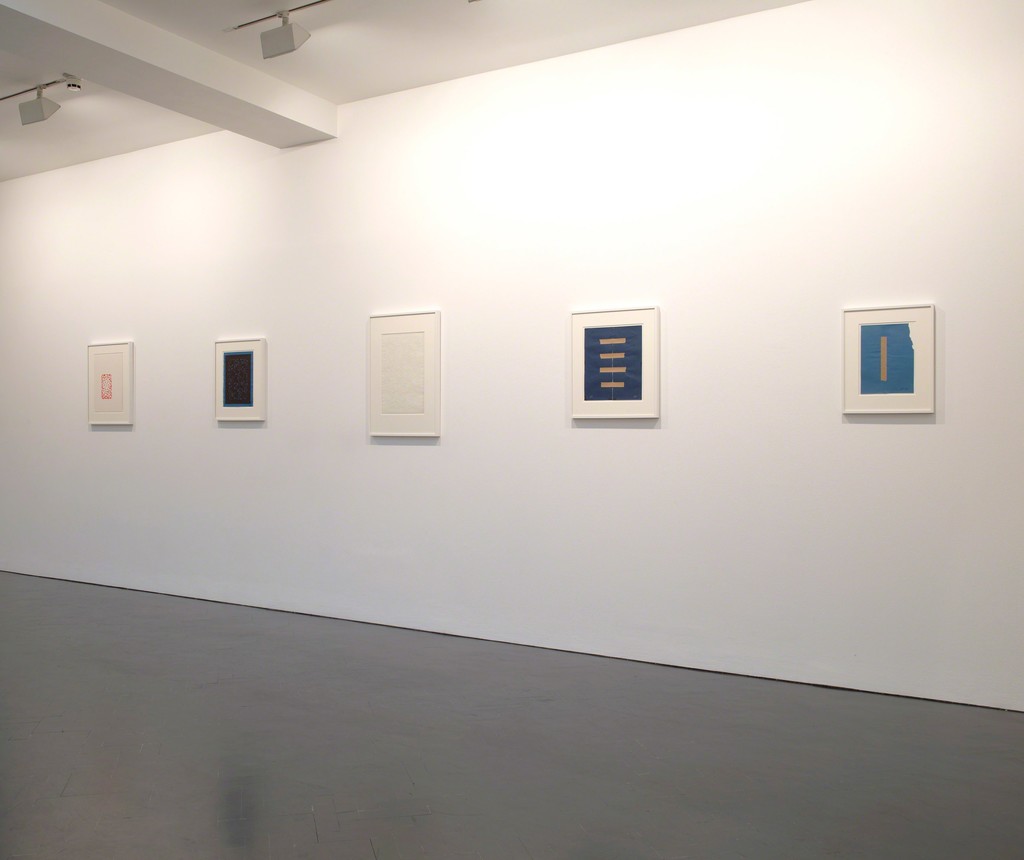 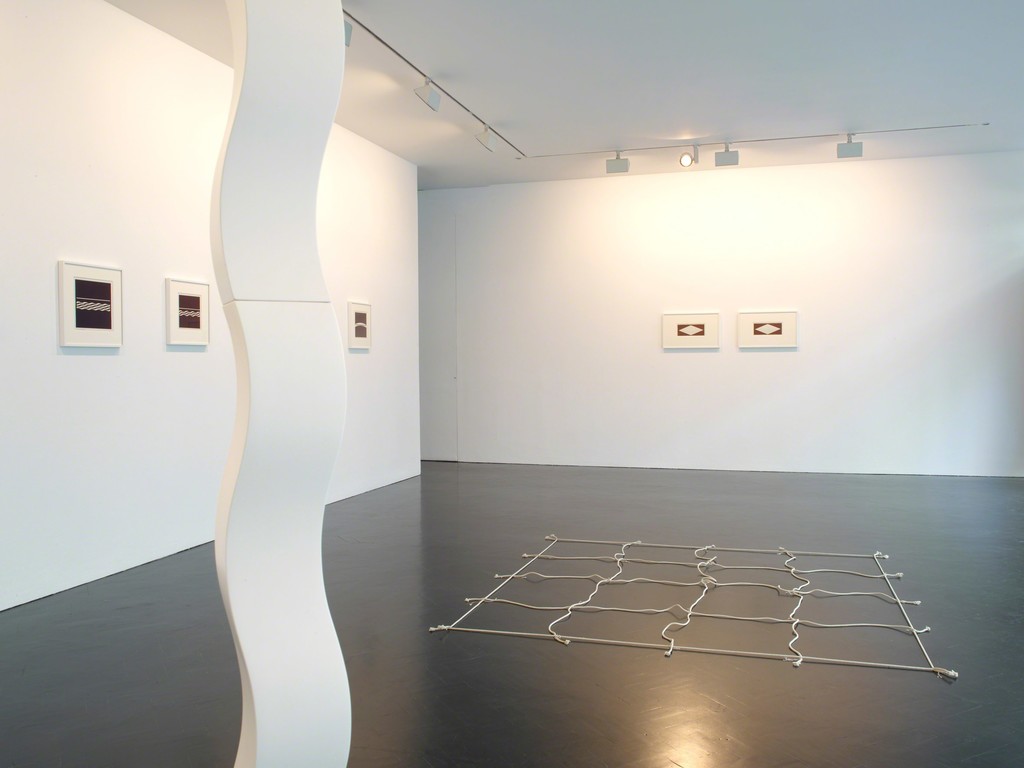 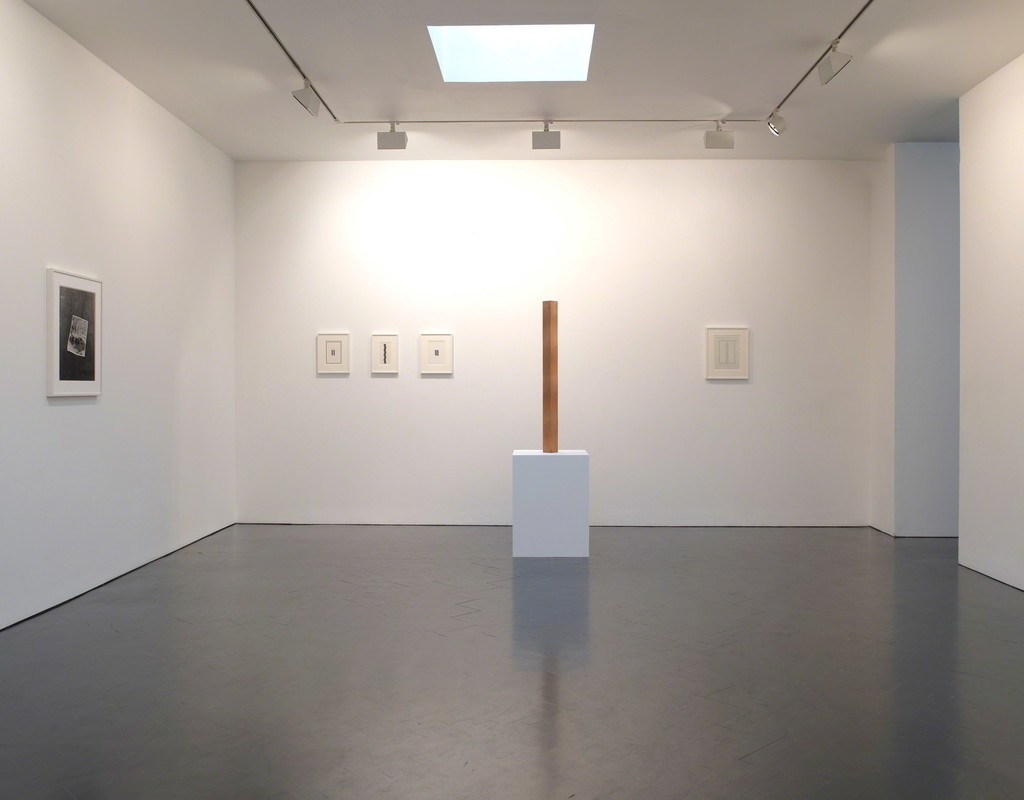 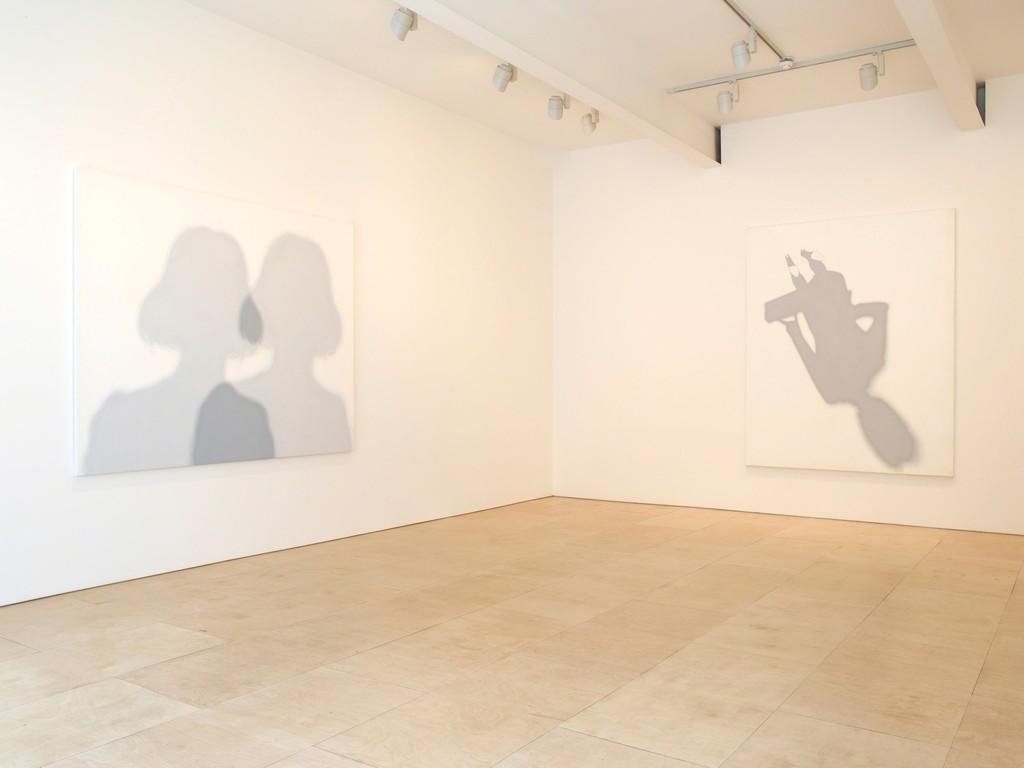 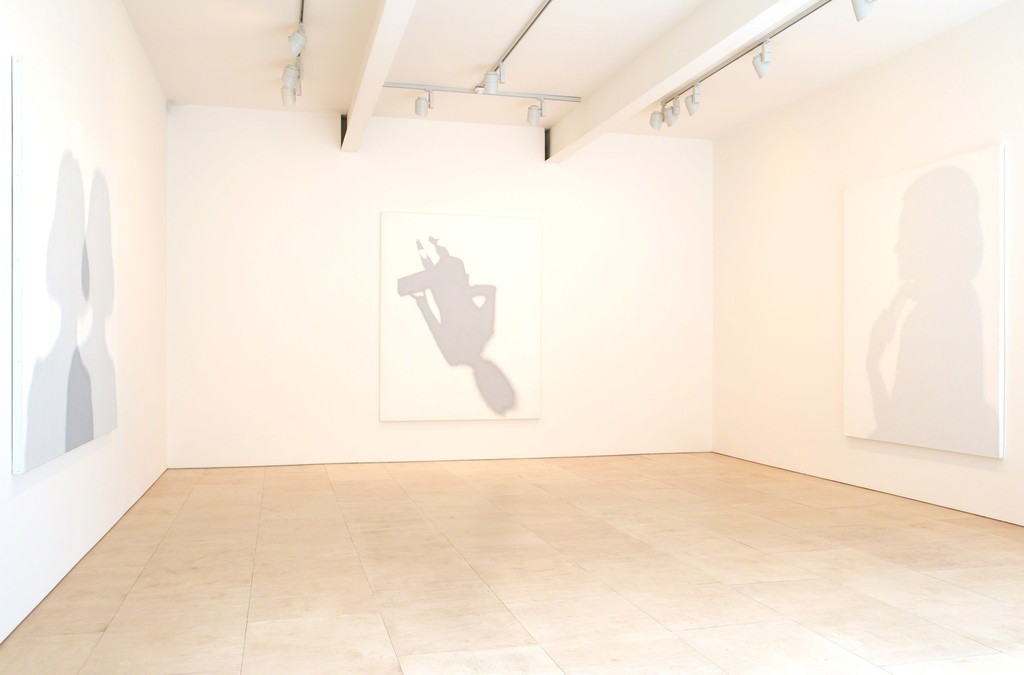 ‘From within this giant junkyard where all things are corroding and crumbling, what will capture us, pull us up, flush us out, rescue us from our bloated languidity, will never be these things themselves. It can only and always be found in the faint light of the world to come, in possibility, or probability, indeterminacy, lack, and all the others that only ‘are' in absence.'
Jiro Takamatsu, 1964

Stephen Friedman Gallery is proud to present an exhibition by Japanese artist Jiro Takamatsu (1936 - 1998). This is the first solo presentation of Takamatsu's work to be held in London, featuring a group of rarely before seen works on paper alongside his celebrated Shadow Paintings, sculptures and installations dating from 1967 to 1997.

Takamatsu's career spanned over thirty years, during which time his considerable influence extended as an artist, theorist and teacher in Japanese postwar culture. He has been the subject of major solo retrospectives in Japan; represented Japan at the Venice Biennale (Carlo Cardazzo Price, 1968); exhibited at the Paris Biennial (1969); Sao Paulo Biennial (1973); and Documenta Kassel (1977). This exhibition offers a timely re-evaluation of his practice following significant recent re-appraisals of Japanese avant-garde art across the world.

Takamatsu is especially renowned for a lifelong exploration that resulted in the celebrated ‘Shadow Paintings'. Included in the exhibition, these enigmatic works depict ‘absence', the invisible and the non-existent, causing us to question our perspective as we stand in front of them. Takamatsu began this critical enquiry in 1964, starting with the casting of real hooks on a canvas, and developing later to depict solitary figures and items removed from their original source. In one such work, the double shadow of a woman's head and neck is delicately painted in tones of grey, so subtle that it almost appears to hover in our presence as we stand in the place of her figure.

In the early 1960s, Takamatsu co-founded Hi Red Center, an experimental art collective that staged guerrilla style Happenings in vibrant gestures of anti-art (known as ‘han-geijutsu'). Taking place during a period of rapid development in Japan, their actions should be seen in tandem with the international Fluxus movement and developing from the Japanese Gutai group's earlier avant-garde proclamations. Takamatsu sought to take art outside of the confines of traditional and institutional settings, collapsing the boundaries between art and life.

Alongside the Hi Red Center, Takamatsu was developing his own body of work across multiple media. Defining his personal practice as the ‘Expanding World Project', Takamatsu saw the role of the artist in the creation of devices to facilitate transcendence and alter our everyday perception. This is exemplified in the pioneering Conceptual work ‘Light and Shadow' included in the exhibition. Here, a light bulb radiates behind a metal board, casting its shadows onto the gallery walls and floor. Takamatsu exposes the artistic process, making the gesture and technique the artwork itself. In the same year, he created the ‘Pole of Wave' series: totemic sculptures which undulate and appear to move in our presence. Viewed from one side they appear entirely straight, and yet viewed at different angles they become wavy and angled. The title of the series emphasises the paradoxical: a pole is static and solid, whereas a wave is in constant, changing motion. Our interaction completes the work, as the sculptures transform in our presence and movement.

In the late 1960s, Takamatsu was a key figure in the development of a trend known as ‘Mono-ha', literally translated as ‘School of Things'. Linking to Arte Povera and Post-Minimalism, Mono-ha extolled the use of natural materials and objects, emphasising the importance of materiality and the environment. This is evident in the displayed ‘Oneness of Paper' works: single pieces of paper torn and reconstituted onto the page in bright blue, fluorescent pink and plain white paper. ‘Slack of Net' similarly features white cotton string tied into a grid and loosely laid across the floor. Its stark simplicity belies its conceptual undercurrent, as the work humorously plays on the Minimal form.

Forming a key part of the exhibition is an important selection of drawings and book designs which provide unique insight into Takamatsu's development as an artist. The series ‘In the Form of Square' features black gouache washes, demarcated by wavy and straight lines where the underlying paper is exposed. Also included are works from the ‘Perspective' and ‘Wave' series, where Takamatsu has experimented with the malleability of form to highlight the artifice of pictorial space. Mesmerising in their simplicity, the works represent and recall a period of exploration into optical illusion and visual ambiguity.

Complementing a revival of interest in Japanese avant-garde art, the exhibition offers a timely re-evaluation of this pioneer of Conceptual art who sought to manifest the world beyond our everyday reality.

Jiro Takamatsu is accompanied by a 64pp fully illustrated catalogue, which includes an in-depth essay by writer and curator Rachel Taylor.