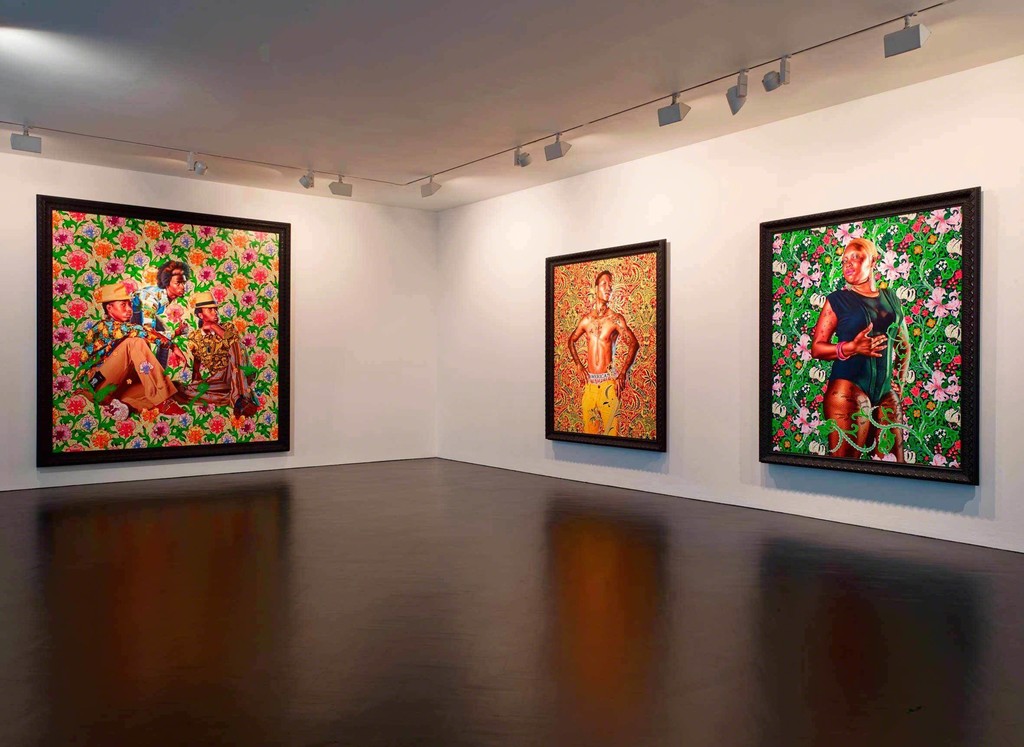 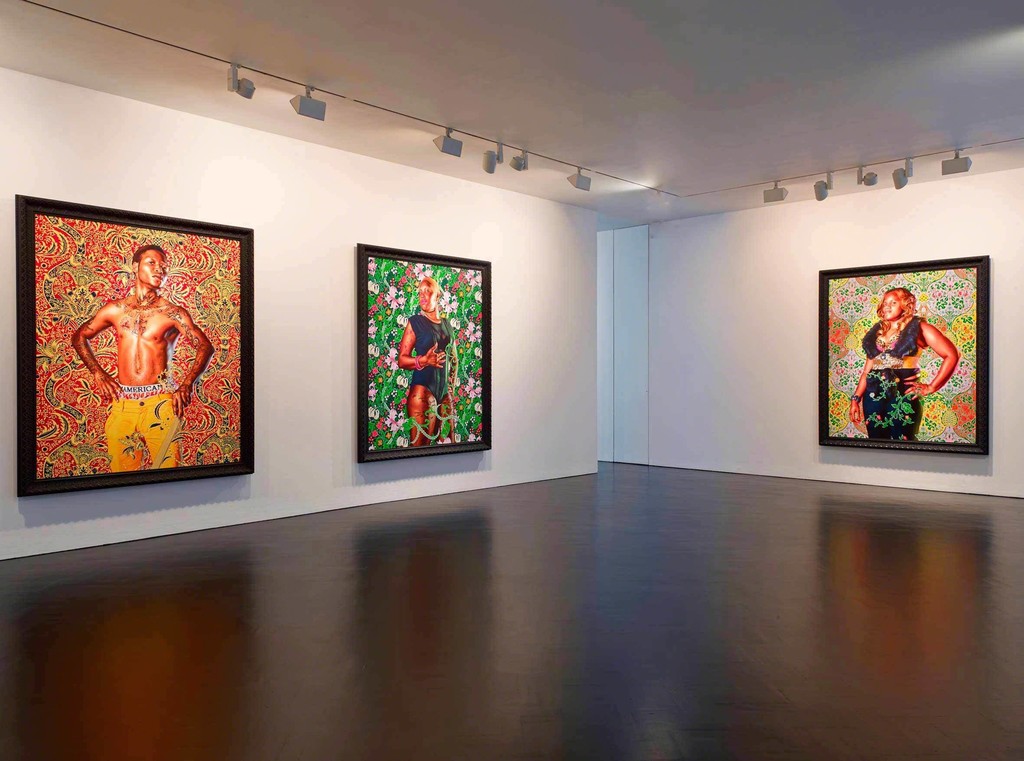 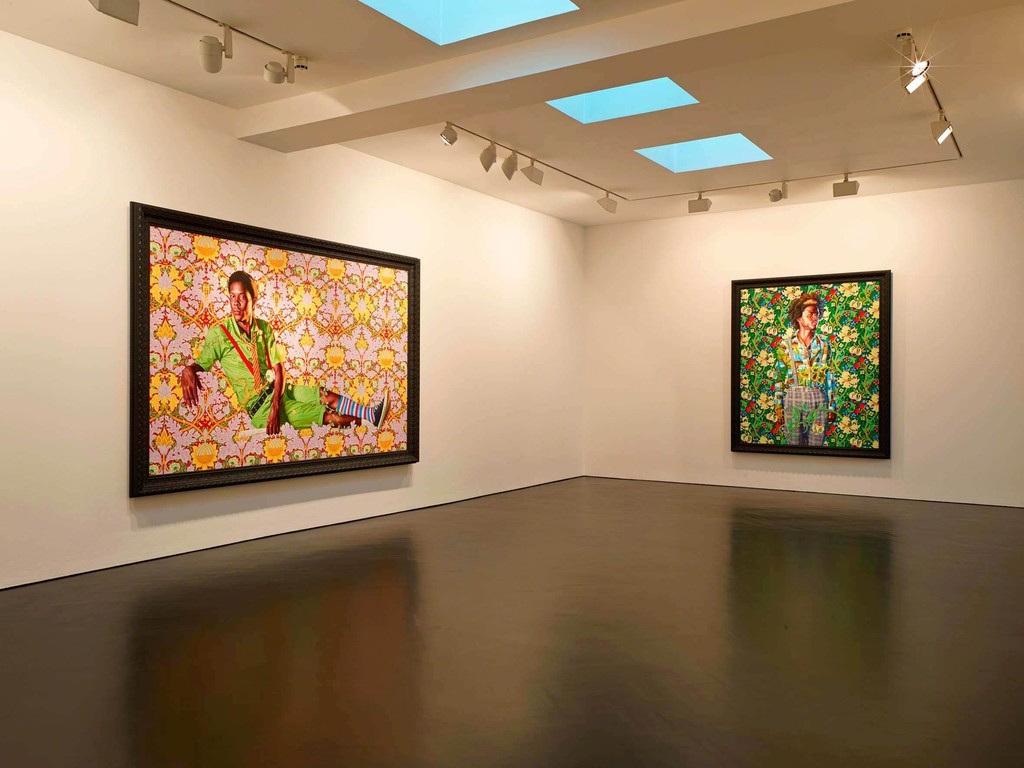 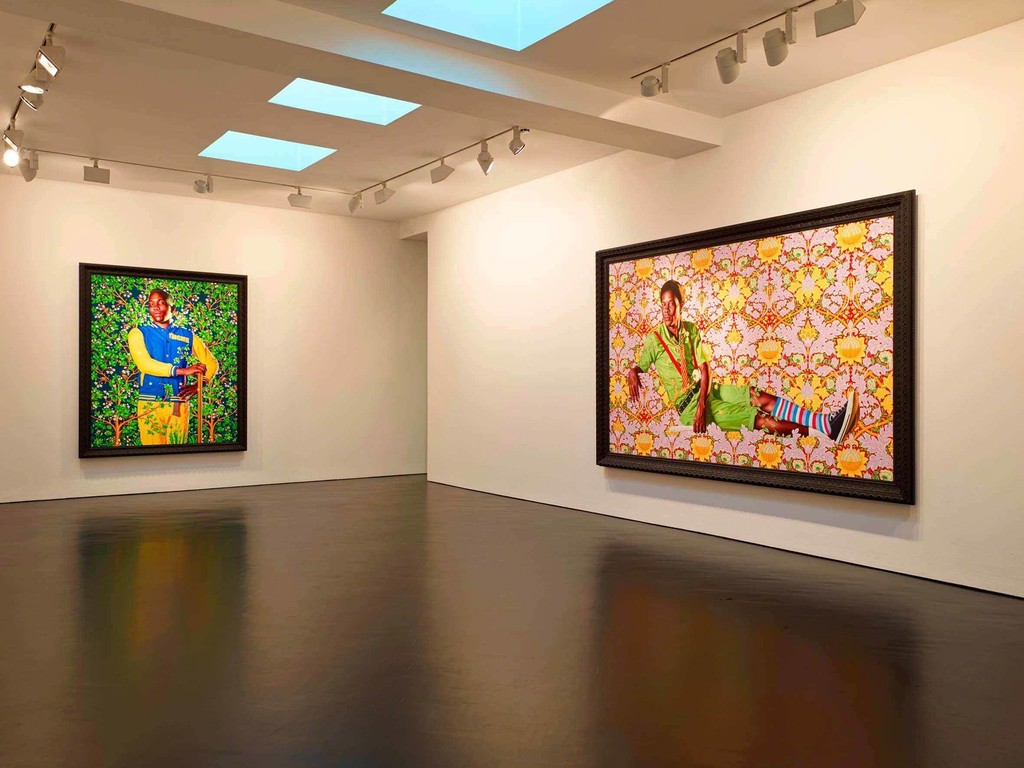 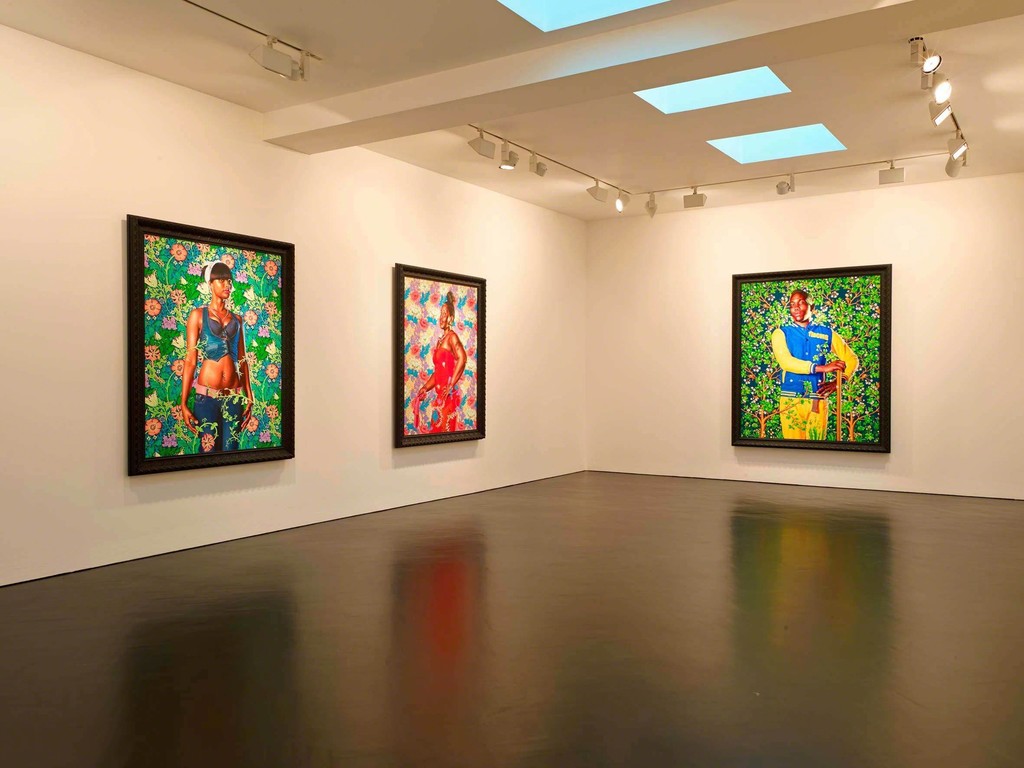 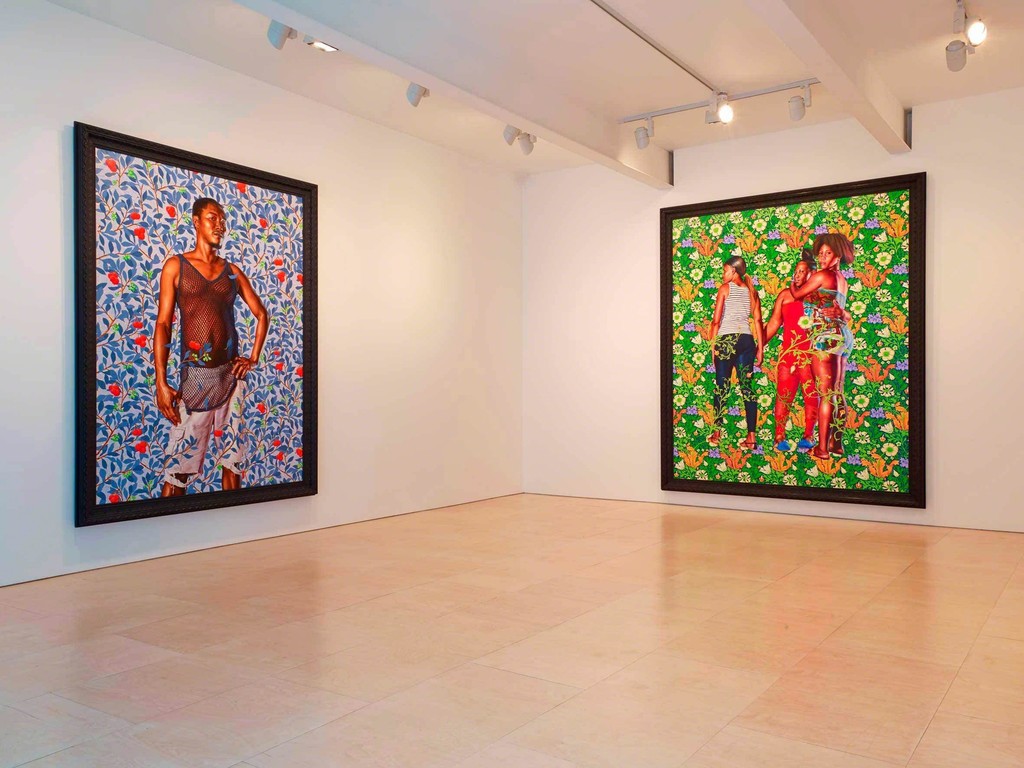 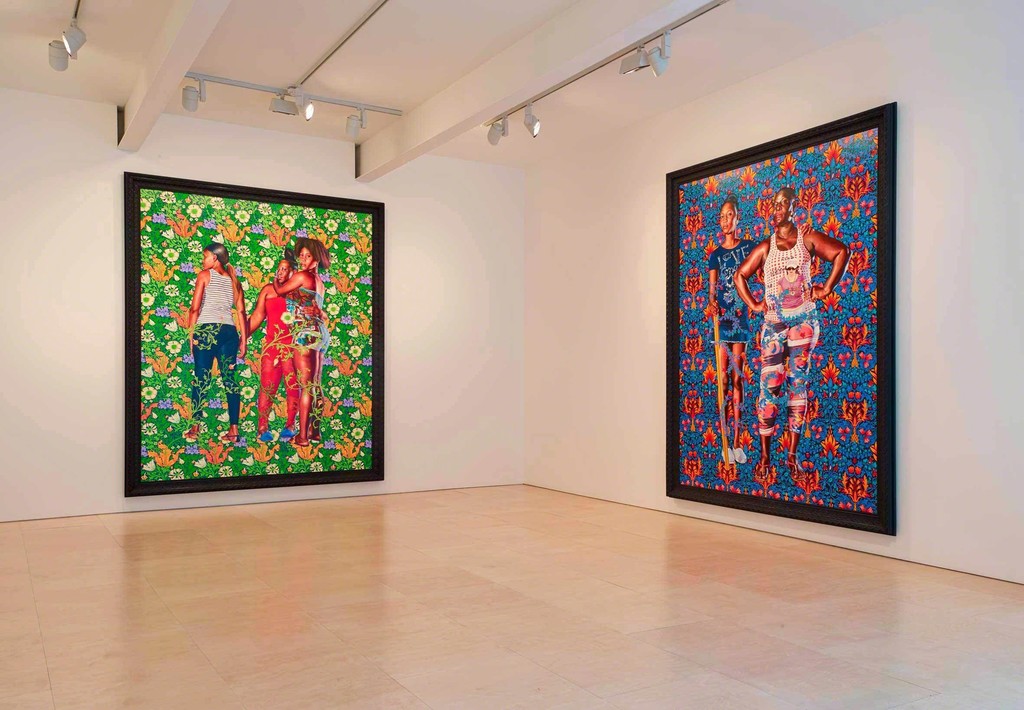 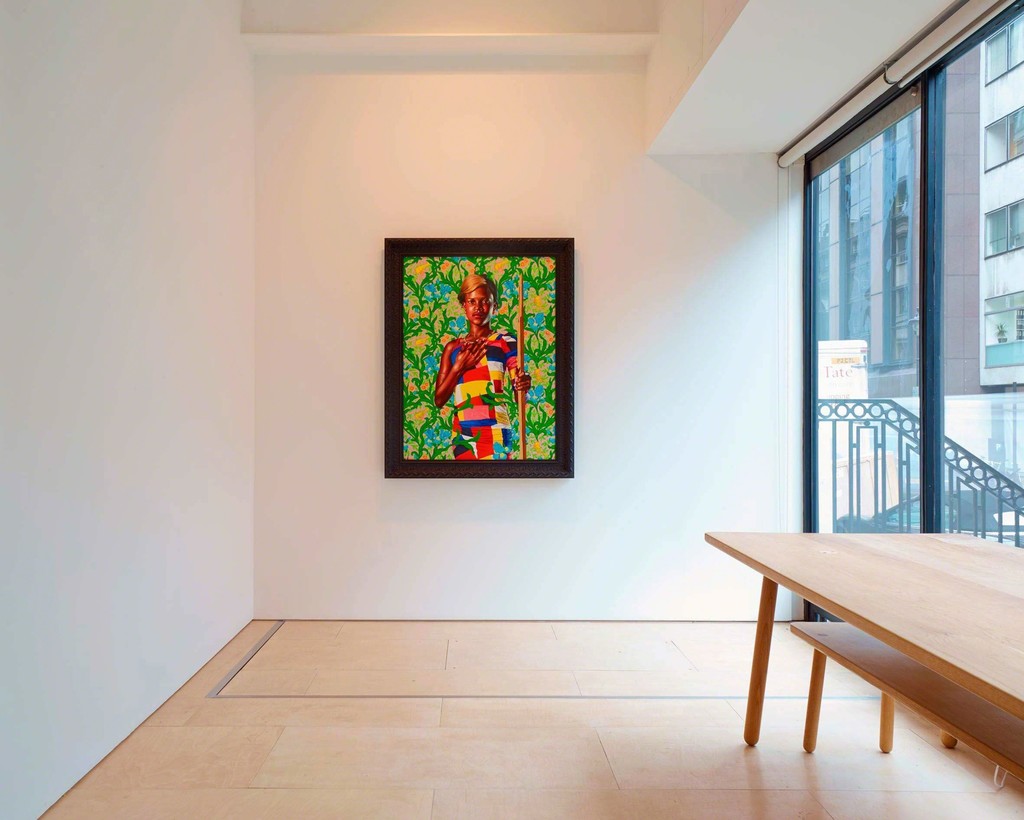 Stephen Friedman Gallery is delighted to announce that it will host ‘The World Stage: Jamaica', coinciding with Frieze London, Kehinde Wiley's first ever UK solo exhibition. Born in 1977, Wiley has already achieved international recognition for his highly naturalistic paintings of contemporary urban men adopting heroic poses directly referencing classical portraiture. 'The 'World Stage', Wiley's vast and celebrated body of work, has previously focused on Brazil, China, Israel, Nigeria, Senegal and Sri Lanka, with exhibitions held in museums and galleries in Europe and the USA.
The exhibition features Jamaican men and women assuming poses taken from 17th and 18th Century British portraiture, the first one in the 'World Stage' series to feature portraits of women. The juxtaposition between the sitter and the art historical references reflects on the relationship between the island and her former colonial power. Wiley is restaging this history, transforming the race and gender of the traditional art-historical hero to reflect the contemporary urban environment. The subjects' proud posturing refers to both the source painting and the symbolism of Jamaican culture, with its singular people and specific ideals of youth, beauty and style.

Wiley embellishes his paintings with intricate, ornate backgrounds that contradict the sombre posturing of the subjects and allude to the bold styles of urban fashion. In this new body of work, lavish patterning informed by the iconic British textile designer William Morris surround, overlay and entwine the figures. Pieces of these symbolic patterns both harmoniously fuse and create dramatic opposition between the two contrasting elements that form the work. In previous series, this decoration has been inspired by a fusion of period styles, ranging from Islamic architecture to Dutch wax printed textile and French Rococo design.

The gallery will also present a film depicting Wiley's process as the project unfolds. The camera follows the artist on his research trips to London, visiting the National Portrait Gallery, Dulwich Picture Gallery and Brixton Market, and then onto Jamaica. There it follows him to underground dance halls, Negril beach and downtown Kingston as he searches for the models for his paintings.

For this project Wiley renders his subjects in exquisite detail, capturing a pose, a history and a culture. Jamaica is filtered through aspects of British history to create something wholly unique; disparate iconography, such as a contemporary tattoo and a William Morris wallpaper design, merge together to form equal parts of the narrative. The artist continues to redefine portraiture, cementing his status as one of the leading painters working today.