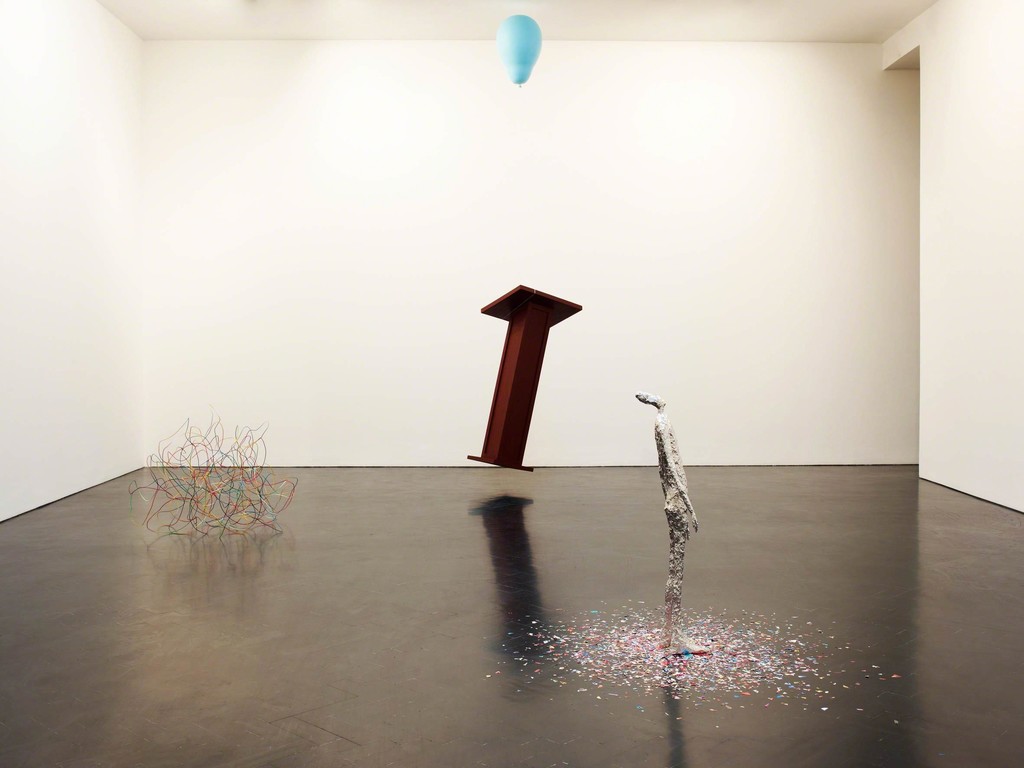 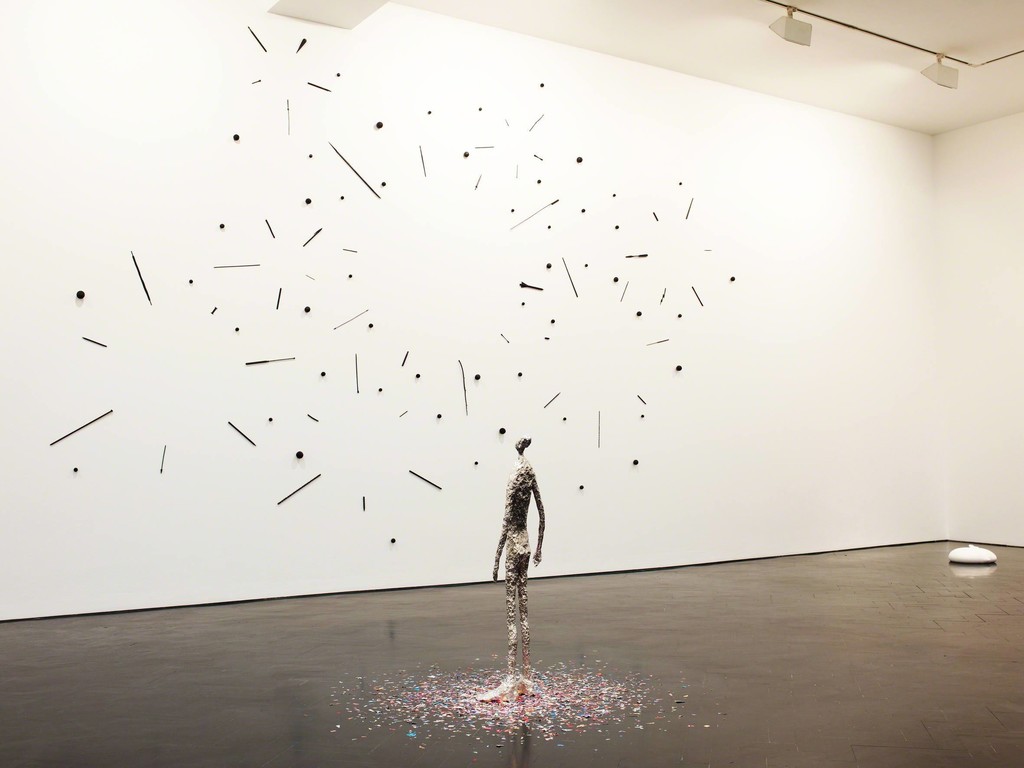 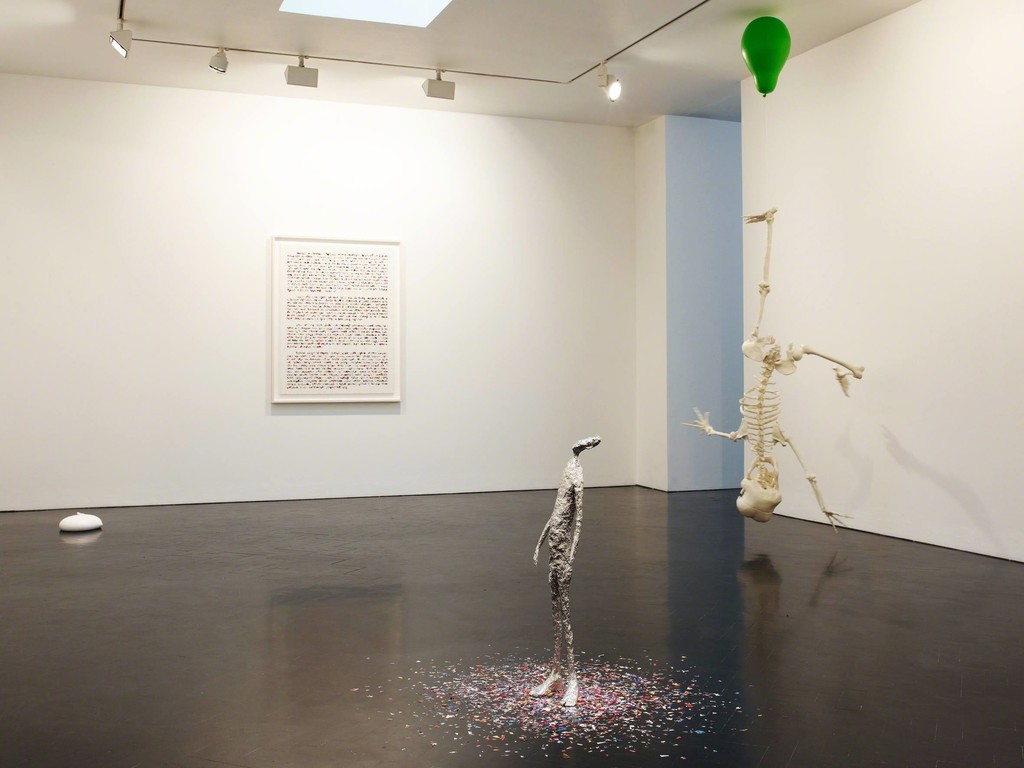 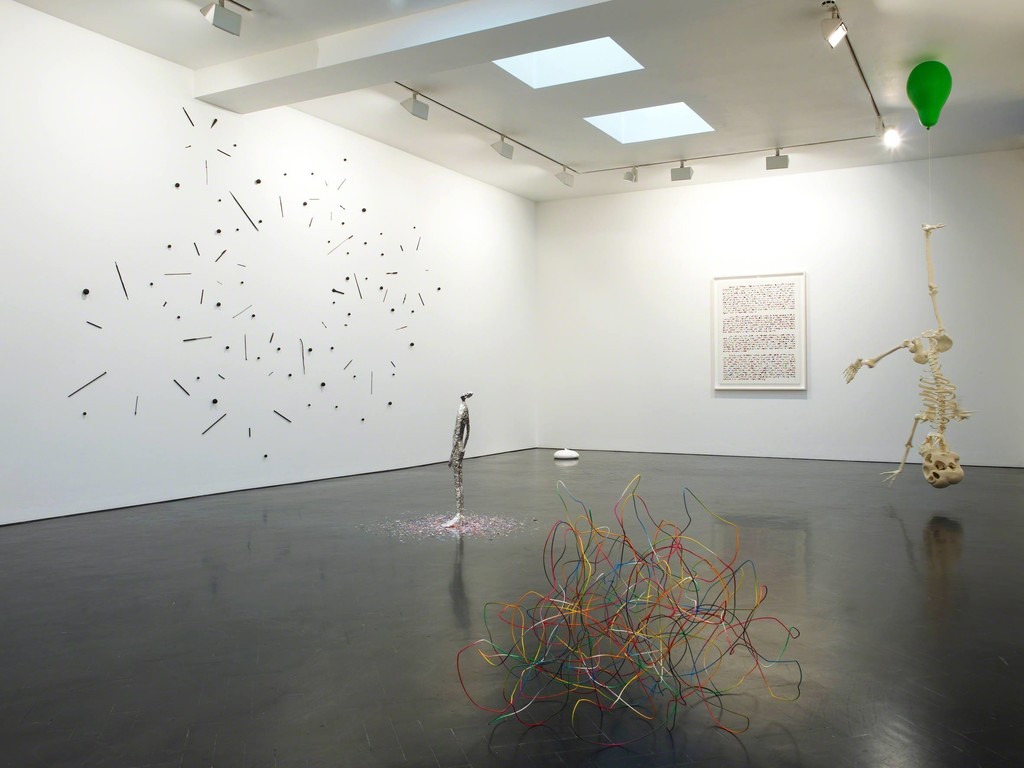 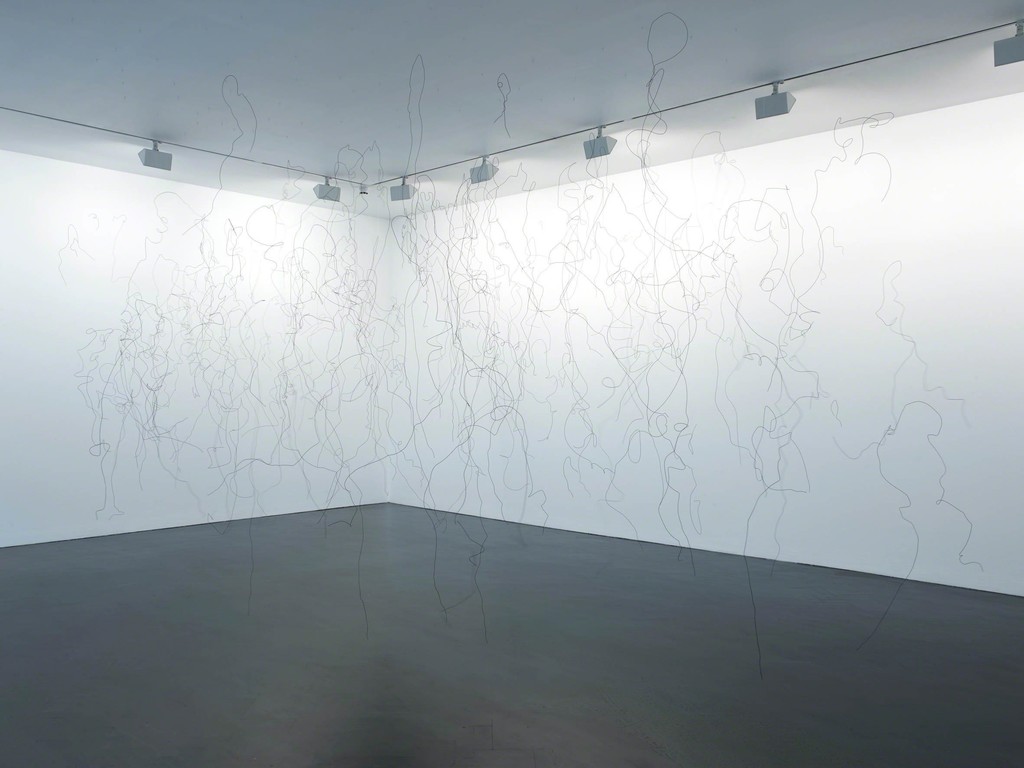 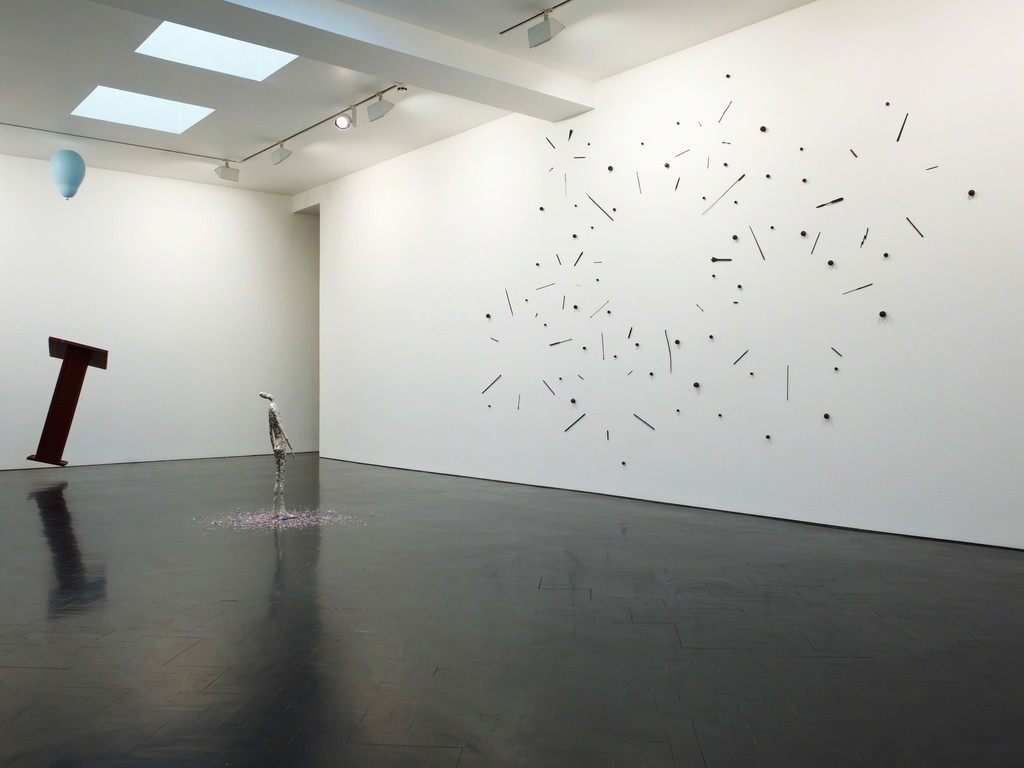 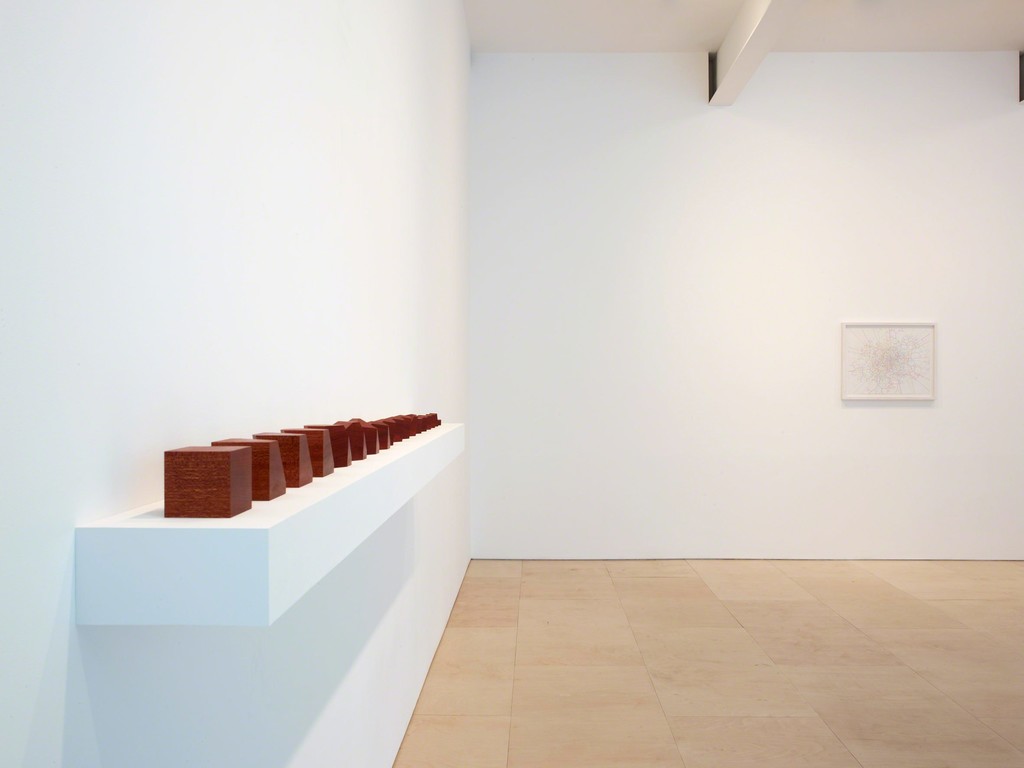 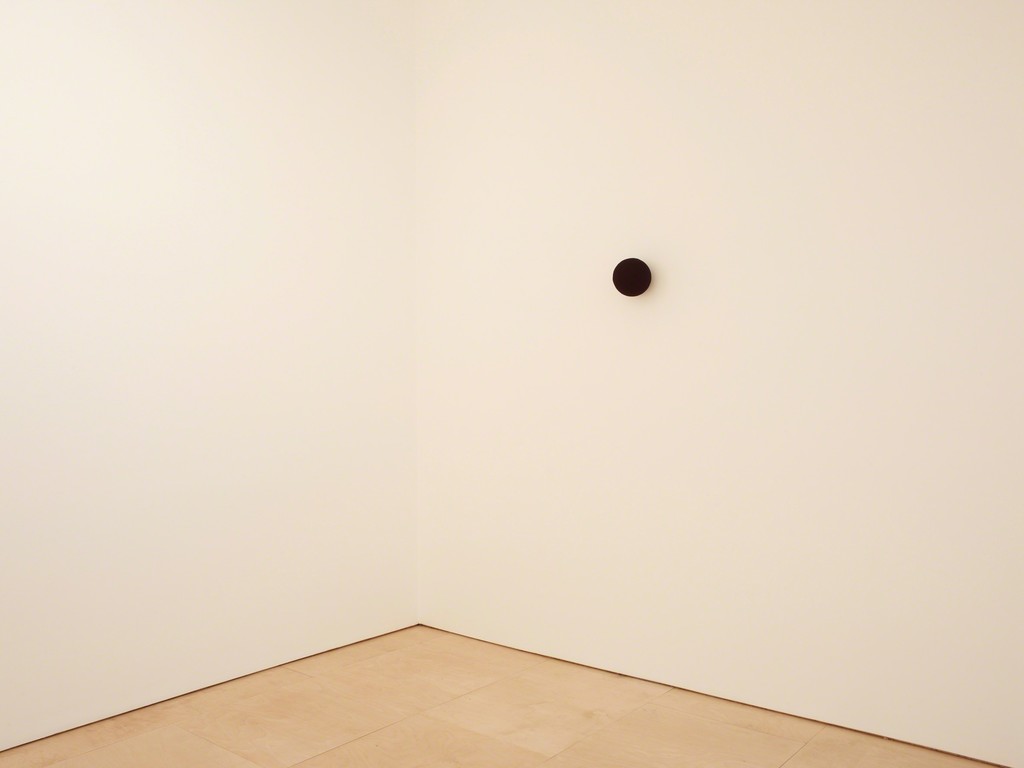 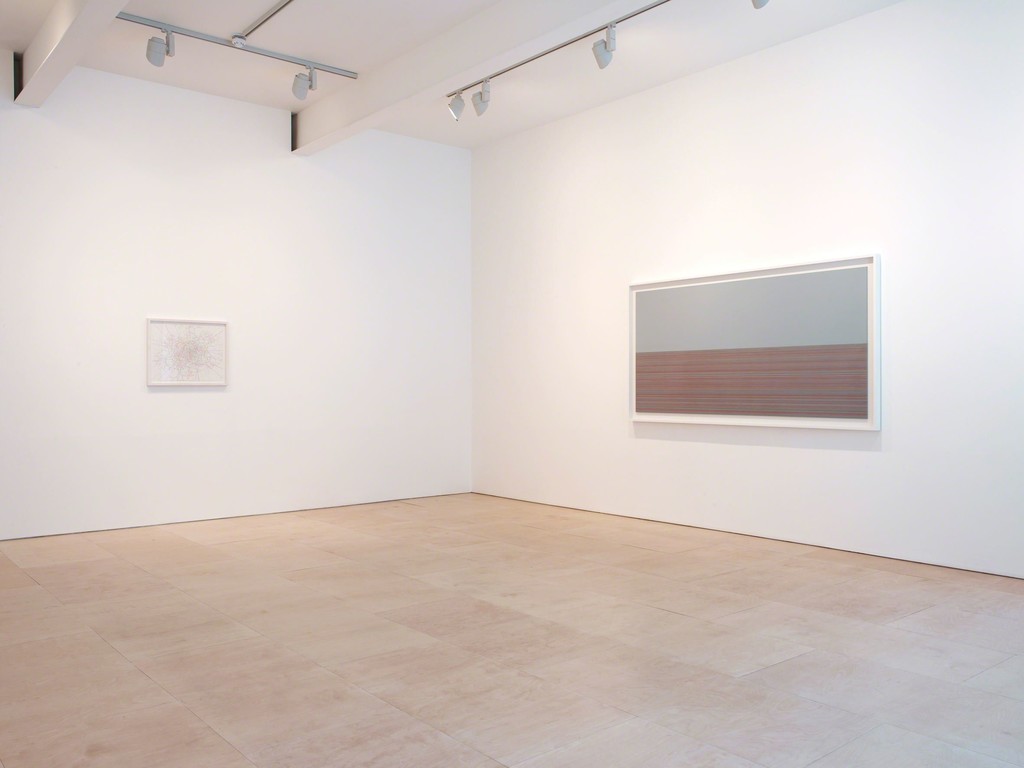 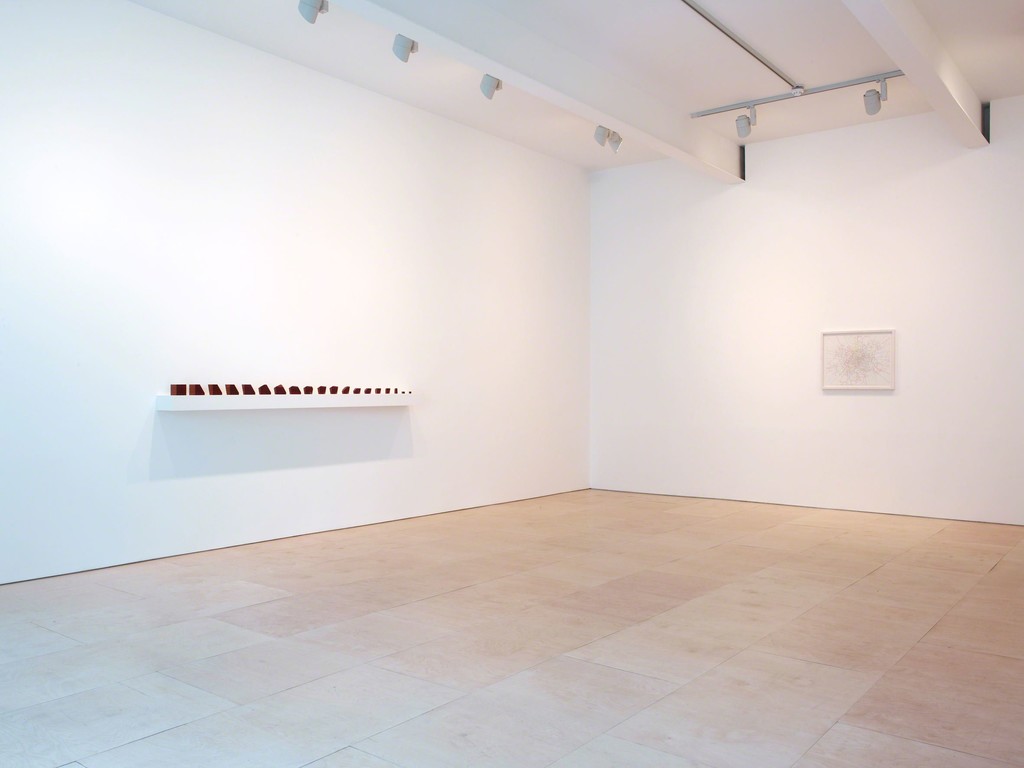 Stephen Friedman Gallery is delighted to announce a solo exhibition of new works by Tom Friedman. Furthering the artist's exploration and transformation of the familiar and the everyday, the exhibition promises an exciting range of materials and themes elevated beyond their original form and executed with mesmerising skill. Painstakingly created, the works reveal deeper intricacies from every viewpoint as the delicate nature of the material is revealed. Styrofoam, wood, wire, paper and stainless steel are all transformed by the artist turned alchemist.
Returning to a solo show at Stephen Friedman Gallery for the first time since 2002, the exhibition presents entirely new material across both gallery spaces. In each artwork, Friedman deconstructs both an idea and a material to its absolute core, re-building it into a sculptural or artistic form with both comic and conceptual genius. It is this dual concern between the microcosm and the macrocosm that delights and intrigues in equal measure. What we think we see and what is literally before us are often two very different entities. A tangle of wires, a floating balloon, a page from a foreign magazine: nothing is as it seems under Friedman's hand.

Upon arrival at the main gallery space, we are confronted by a mass of tangled wires overtaking the entire room. We are encouraged to move around the installation to gain a full understanding of its forms, tracing within its lines the hidden silhouettes of human figures and faces. Ghosts interlocked within the wires emerge and evaporate with every new viewpoint. It appears as if an original sketch or idea was blown apart within the gallery space, exploding a concept into a fractured myriad of lines. This concept is re-visited throughout the exhibition, giving the impression as each room is entered that an explosion or event has just taken place.

In the exhibition, Friedman further develops his craft in Styrofoam, a material made of 98% air. One such work ‘Untitled (Lectern)' first appears as a lectern being carried off into the sky, its weight defied by a single balloon. We walk into the gallery as if in anticipation of a great speech, and find instead an absent speaker, his stand the subject of a practical joke. Gravity here is both literally and metaphorically defied by levity. This is further evident in the use of Styrofoam as the sculptural medium, intricately carved and then painted in remarkable detail. Indeed the whole sculpture is hanging by a single monofilament. With deadpan humour, Friedman asks us to question authority, both in the everyday hierarchies of power and the authority of our mind over our eye's instinct.

In our modern world, we are lead to believe that only technology can create perfection. By working with unheroic materials, Friedman reminds us of both the power of human craft and the gift of patience. Friedman creates entire new languages in his artworks that cause us to re-evaluate our perception. In today's ecologically-minded society, Friedman makes a powerful incision into our need to change our ways by proving the beauty and craft of which we as humans are capable. Indeed, there is something hyper-futuristic inherent in his artworks, which is immediately undercut by their mundane material. Here, science fiction meets an old school working graft.

By using everyday materials, Friedman sets himself new challenges with every exploration. Lying behind each work is a gentle fragility, belied by a first-perceived stability. What might first appear as a simple structure is on second appearance actually intricately developed and layered. In ‘Untitled (Holey Paper)' (2012) Friedman returns to one of his favourite media: paper. Here, he further exposes the materiality of the paper through a process of cutting and layering as repeated circular shapes float atop the paper like bubbles in the air. With a gentle nod to both the 1960s Op Art movement and Conceptualism, Friedman investigates the harmonious relationship between line and form, and the visual clarity of the abstracted pattern. In turn, this creates a sensual optical experience of almost hypnotic rhythmical movement. The intrinsic detail and perfection of the circular form poetically contrasts with the abundance of their varying shapes. Their handmade intricacy is masked by a seemingly pre-fabricated appearance, reminding us of Friedman's ability to create work that is at once subtly understated but subsequently utterly provocative.

As throughout Friedman's oeuvre, every artwork feels like a window into the artist's obsessive mind. Influenced by Quantum Physics, Friedman distils every idea with every material down to its absolute essence and purest form, presenting it back to us in its new structure with an in-built logic and precision. Working within a studio with no windows, Friedman has previously likened his workplace to a laboratory where he plays both the role of ‘mad scientist', and the experimental subject. As such, the artworks fall somewhere between the Conceptual and the comical, the mundane and the magical and the experimental and the experiential.